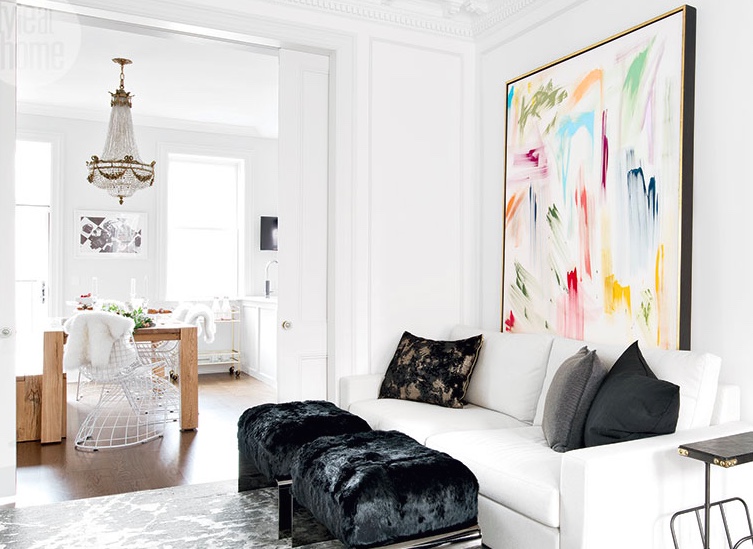 A BROOKLYN BROWNSTONE GETS A GLAM TWIST
After a series of nips and tucks, a derelict brownstone in Brooklyn, N.Y., reaches its full potential – and then some. 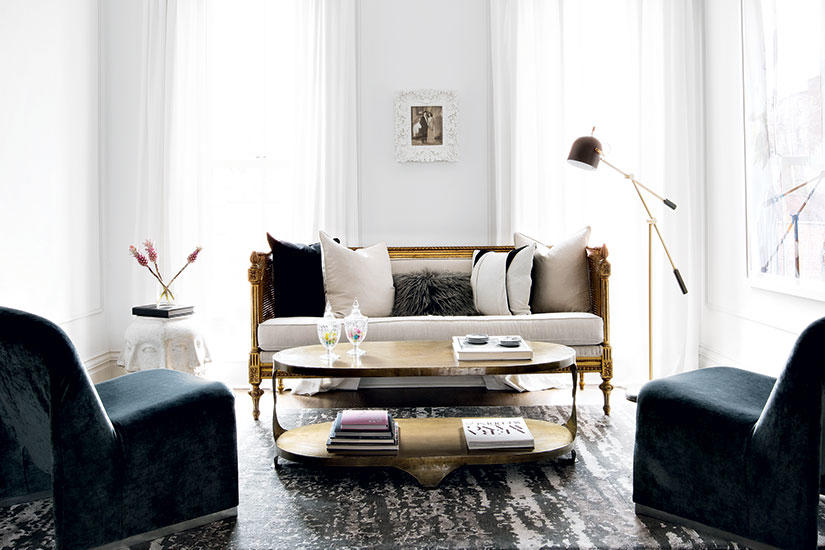 Four years ago, Nicole and Jordan Stein made the trip from the maelstrom of midtown Manhattan to a quiet, leafy street in Brooklyn that, compared with the city, felt downright pastoral. They had come to tour a brownstone as part of an estate sale, and immediately saw its potential despite certain drawbacks.
“I definitely had some trepidation because the house was in extremely rough shape,” says Nicole, who designs fine jewellery she sells through her online Etsy shop, ByNicoleAlexis. Conversely, Jordan, a Montreal-born business consultant and entrepreneur, was confident it could be brought back to life – after all, he had watched his parents successfully transform a beat-up Vermont ranch when he was younger. 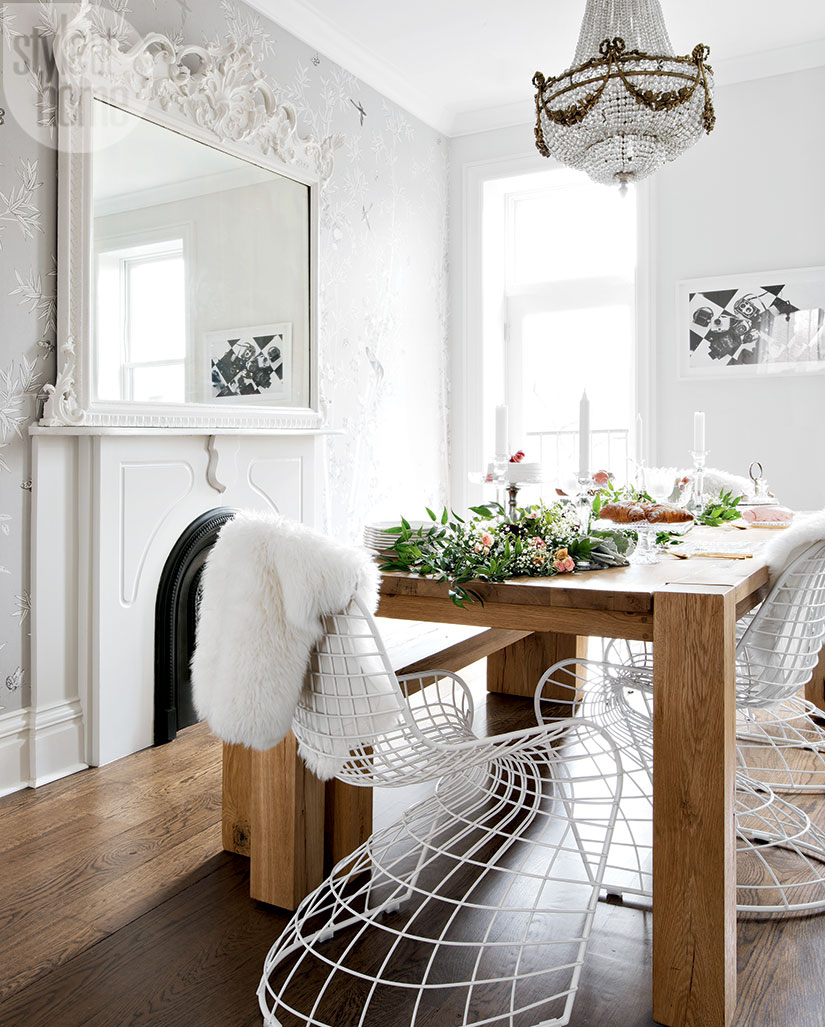 “Our goal was to marry classic architecture with a modern aesthetic,” says Nicole, who wanted the interior envelope to look original to the house. Though the idea of gutting the space and blasting out the walls was brought up, it didn’t get far. “We bought a brownstone, not a condo,” says Nicole cheekily. “Sure, we have a narrow hallway and a tiny powder room, and yes, it’s a little quirky, but it’s true to the original home.” So the small rooms remained intact and were slowly brought back to code over the course of a year under their contractor’s exacting eye. 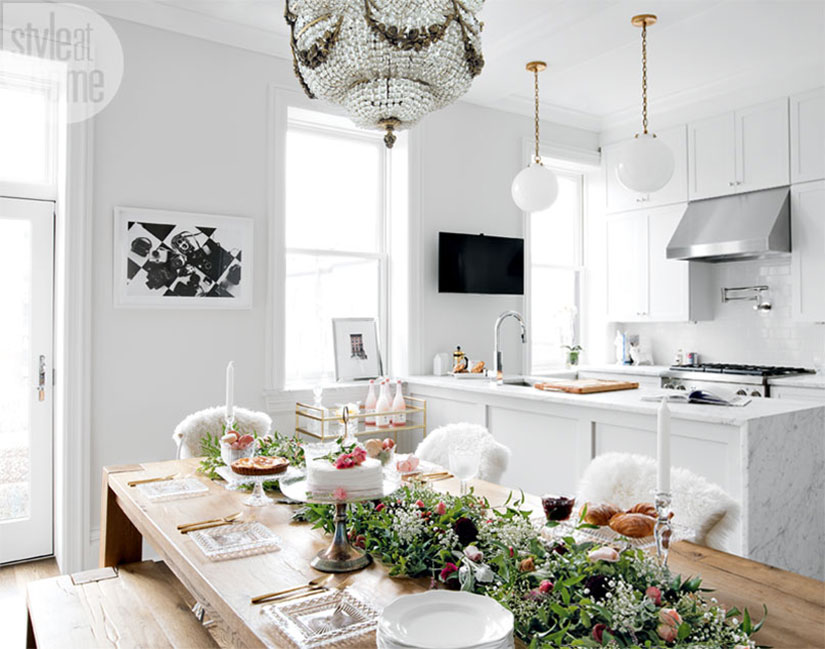 Next up? Christine Dovey, a designer based in Oakville, Ont., who has remotely kitted out homes (via email) from America to Norway, stepped in to apply her signature style: ravishing rooms with traditional architectural details in a modern palette of black and white with bursts of pink; spaces in which provocative contemporary artwork often sits alongside antique furnishings. 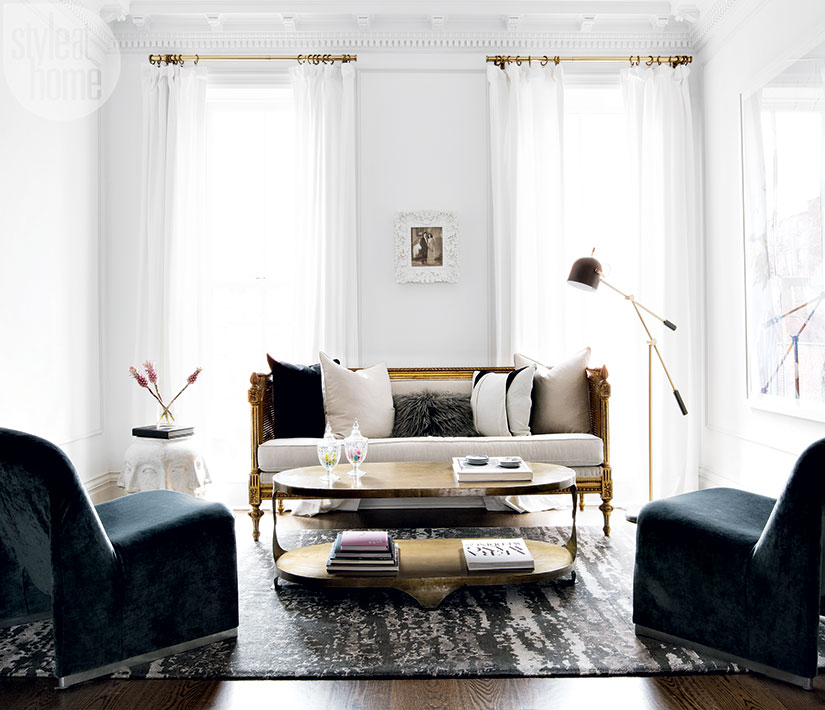 To deliver an authentic period look, Christine suggested the homeowners invest in crown mouldings. “Nicole wanted something that looked like it was there originally, so we went with big plaster mouldings as a splurge on the living room ceiling but regular crown throughout,” says Christine. Making sure the interior looked more downtown than Downton, the designer balanced the historic architectural elements with what she calls “a mixed bag of edgy yet elegant furnishings.” 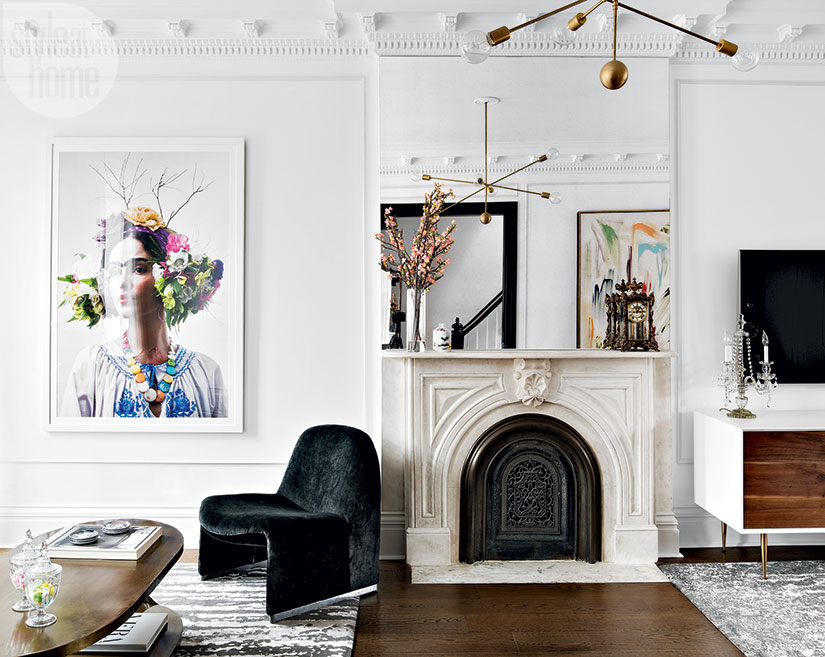 In need of some hand holding a little closer to home, Nicole also worked with local designer Natalie Kraiem, who helped achieve the look by choosing key pieces including the rugs and living room artwork. 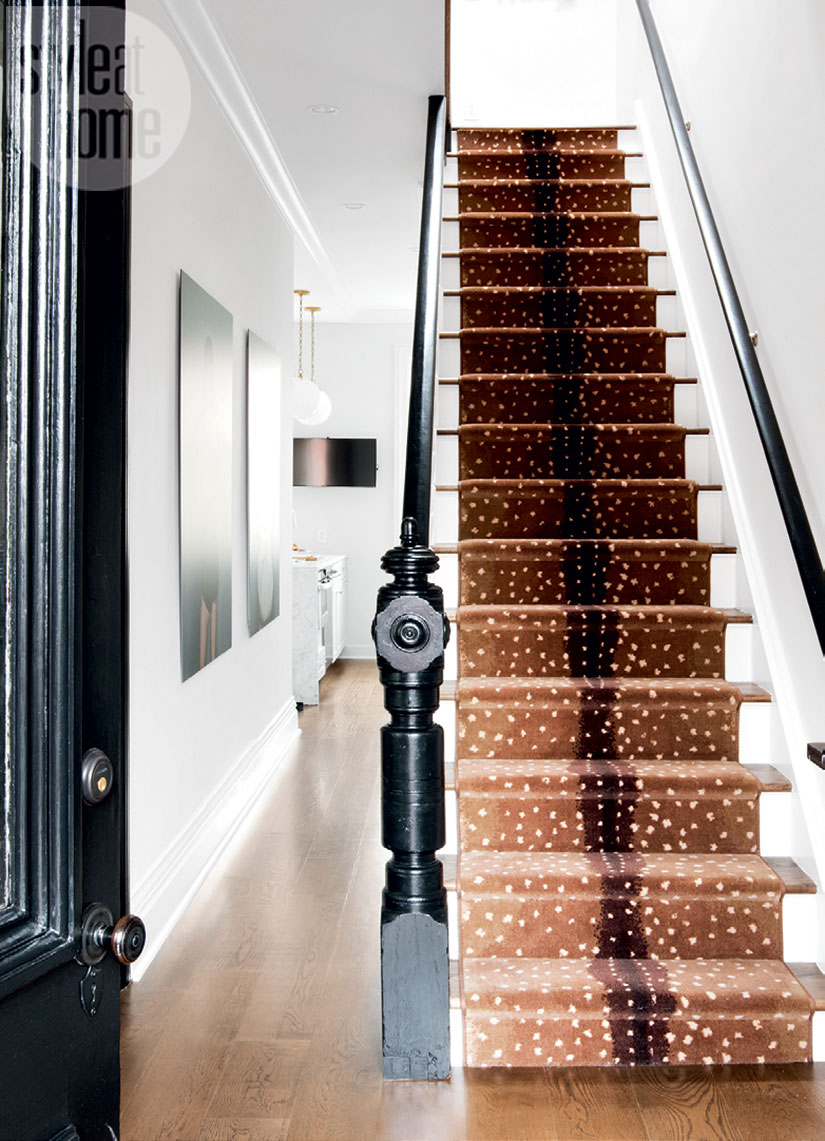 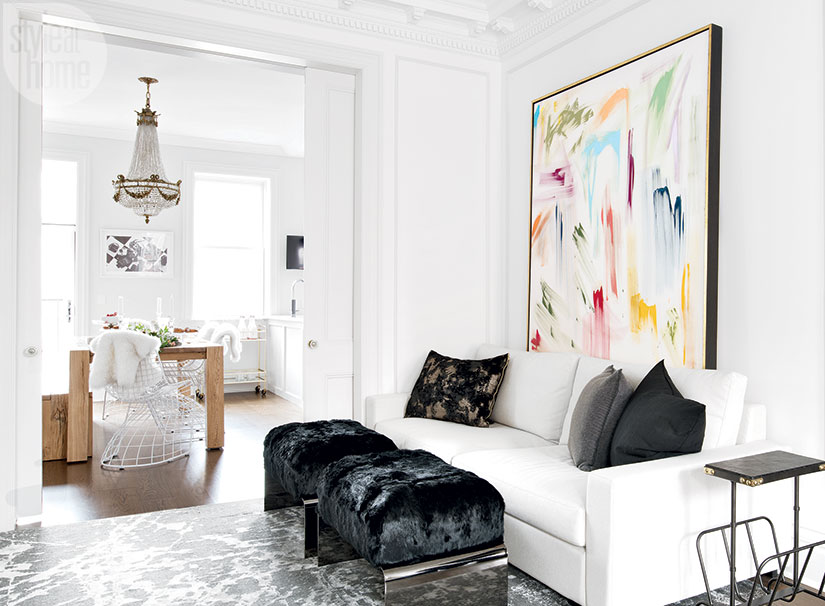