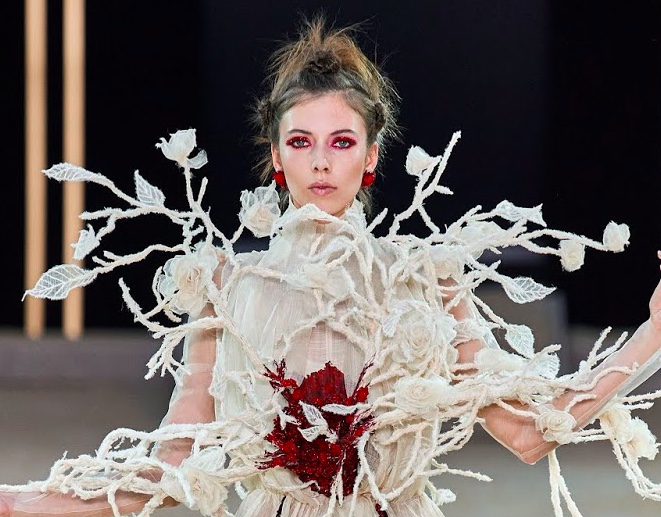 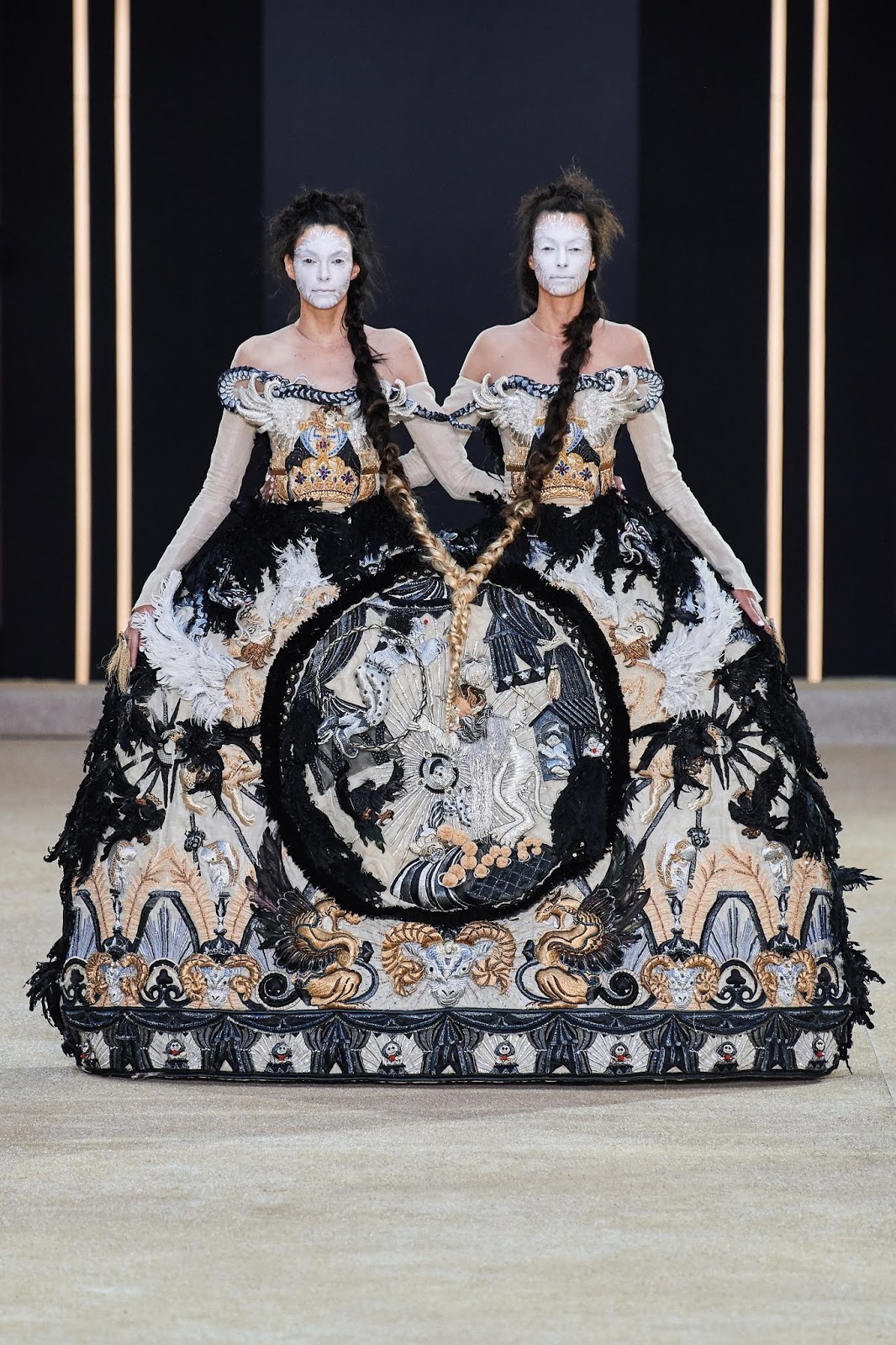 by Amy Verner
Vogue
Guo Pei described this collection as “an alternate universe,” which may or may not have represented the afterlife. A sandy runway was decorated with an arch of entwined black branches populated by black crows suggesting a macabre portal into her imagination. “When I was a child, I often though about death,” the couturier said through a translator. “Where do we go? I think a lot of people think about this.” 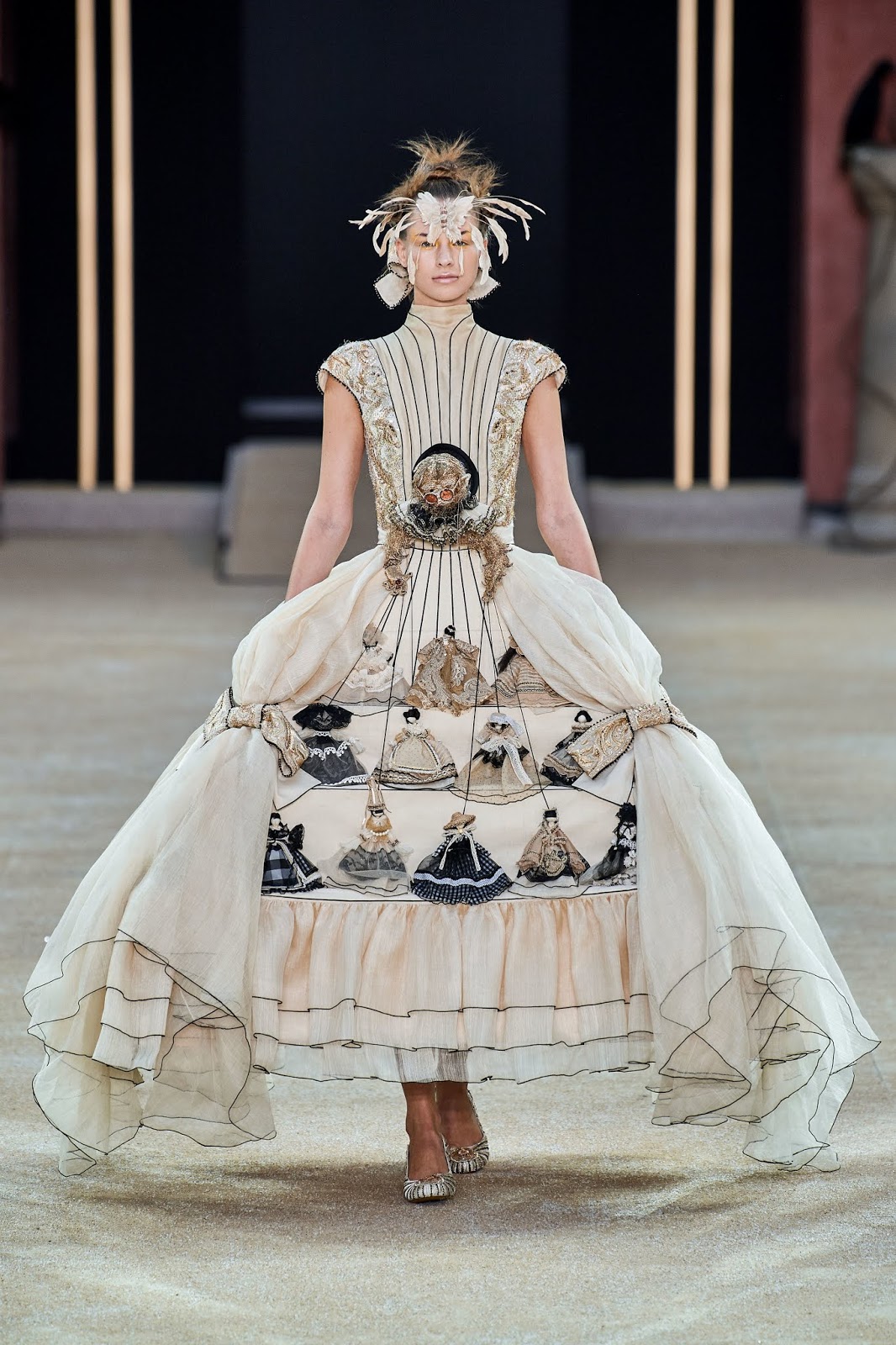 From the opening dress with its two-for-one Marie Antoinette pannier skirt inhabited by ghostly twins to the penultimate gown that turned the model into a glamorous mummy, these were otherworldly, largely colorless creations destined for the most high-ranking souls (whose diversity, it should be noted, was questionably lacking). Among the more classical garments were ecclesiastical robes, weightless Renaissance dresses, Elizabethan ruffs, 1950s cocktail dresses, and a corseted kimono dress. 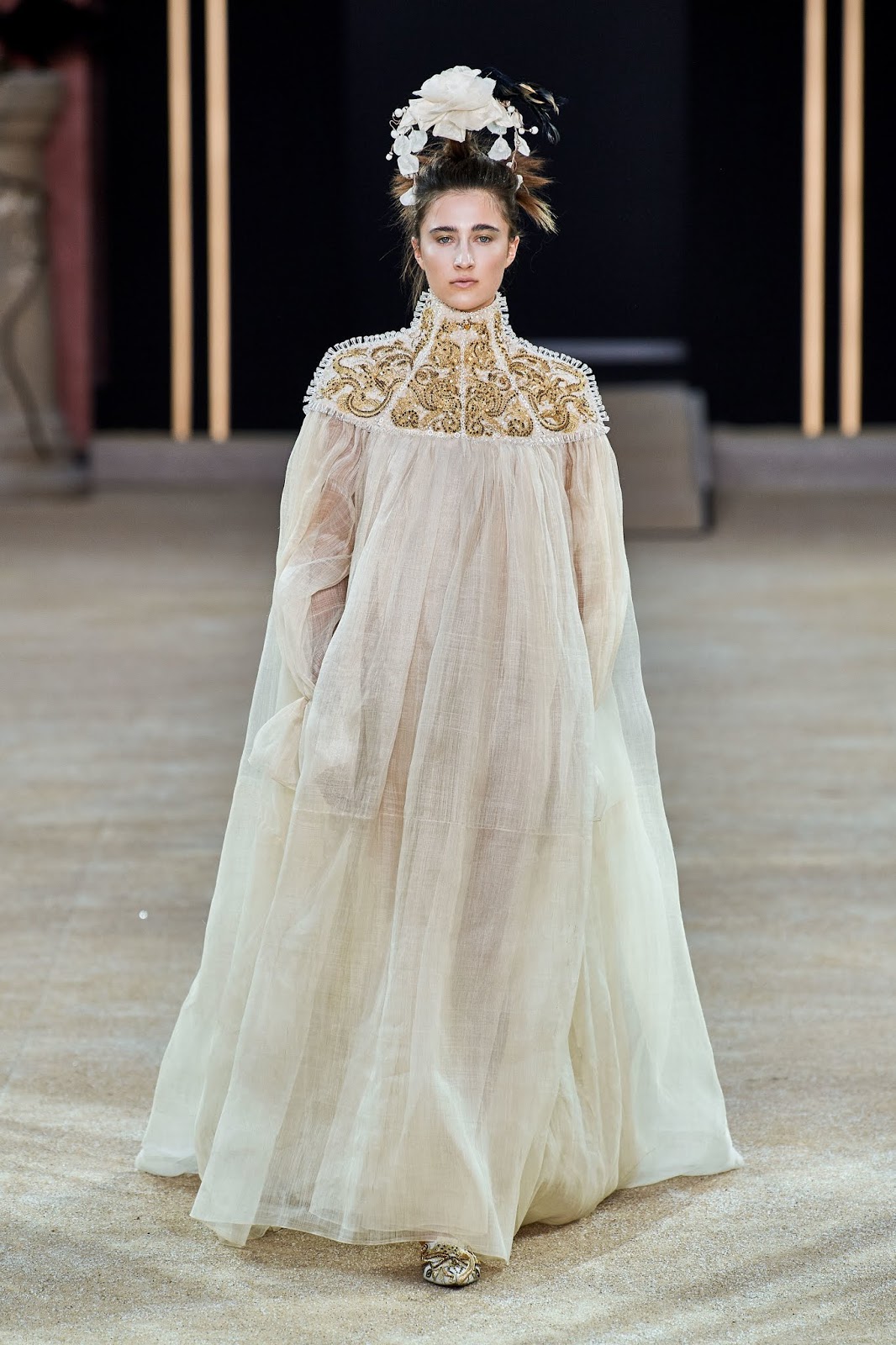 But there was also a bird’s nest look with a view to the incubating eggs; a dress that featured a blood-red heart from which branches and flowers projected outward like an overgrowth of arteries and veins; and a 17th-century crinoline staged with preciously outfitted miniature dolls. For potential clients, meanwhile, there were several designs—the graphic feathered bodysuit or a romantic 18th-century dress, say—that could have lives after the runway. 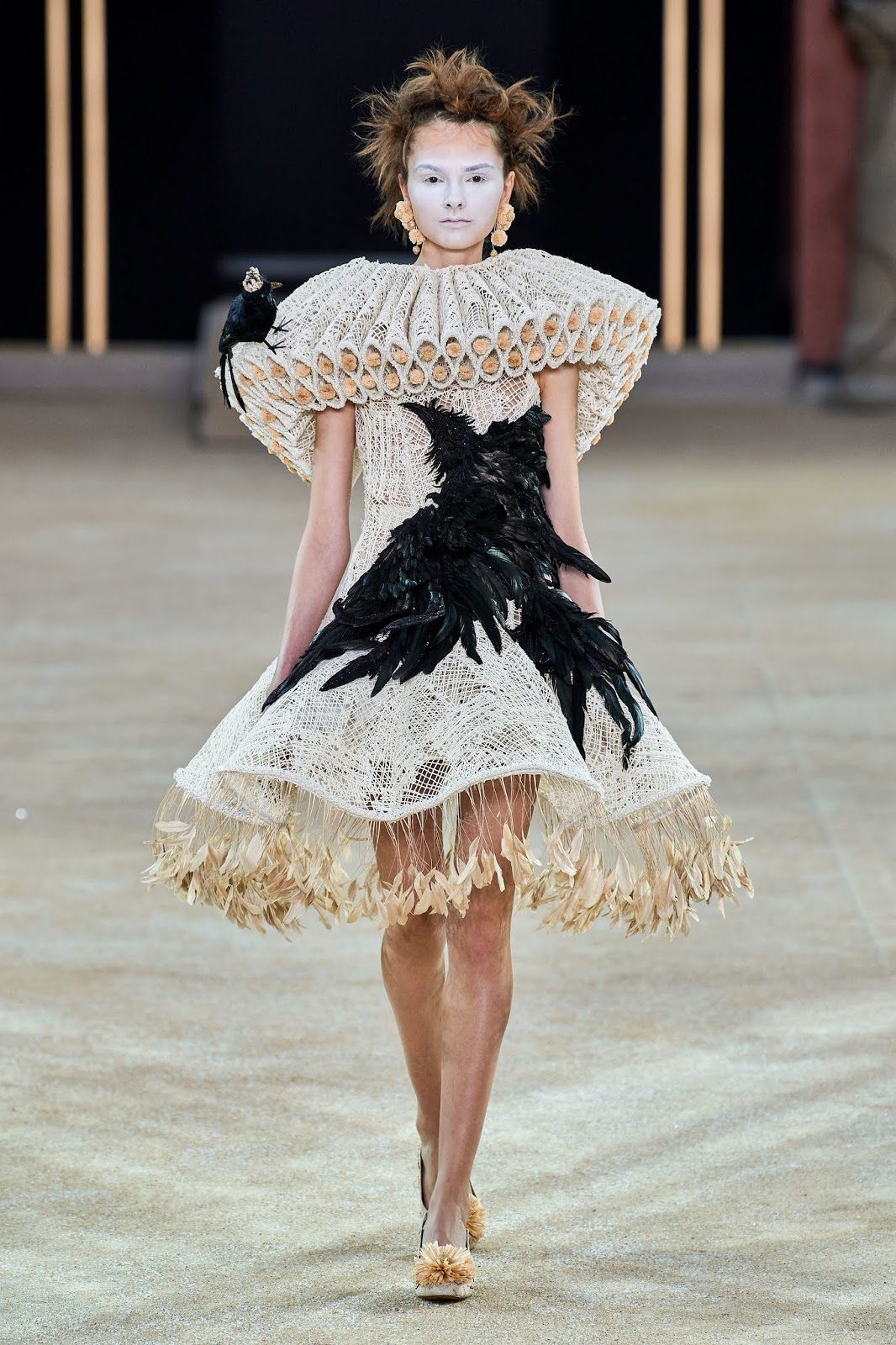 In using a type of hemp made from pineapple leaves, Pei elevated an earthy textile into a sublime material that, at times, resembled classical statuary. To this, she added rich, artisanal embroideries in gold, silver, black, and blue that were loaded with all creatures great and small (elephants, monkeys, snakes, spiders, beetles) and coded with symbols of life and death. To truly appreciate the significance, each dress would require a decryption manual. What’s clear is that they required tremendous effort. 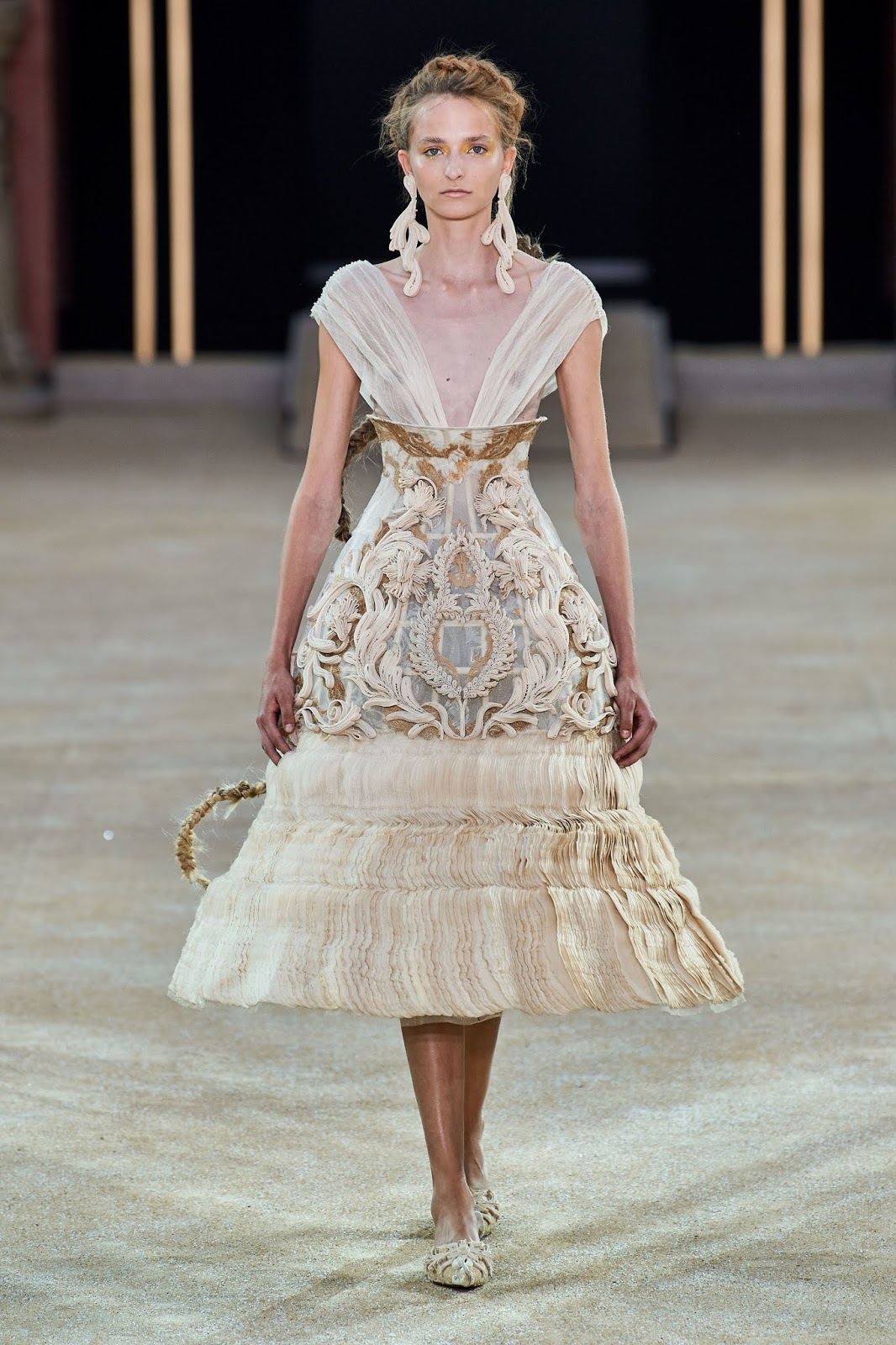 When a couture dress is described in quantitative terms as requiring 100-plus hours of embroidery, well, it’s hard to imagine that level of workmanship. Pei said today’s final dress took her seven years, all-told. On and off, she returned to this self-contained, somewhat tomb-like garden of tulle and embroidered flowers. As a summation of another characteristically opulent collection, it signaled both life and death—only this time, as a vibrant expression in color. 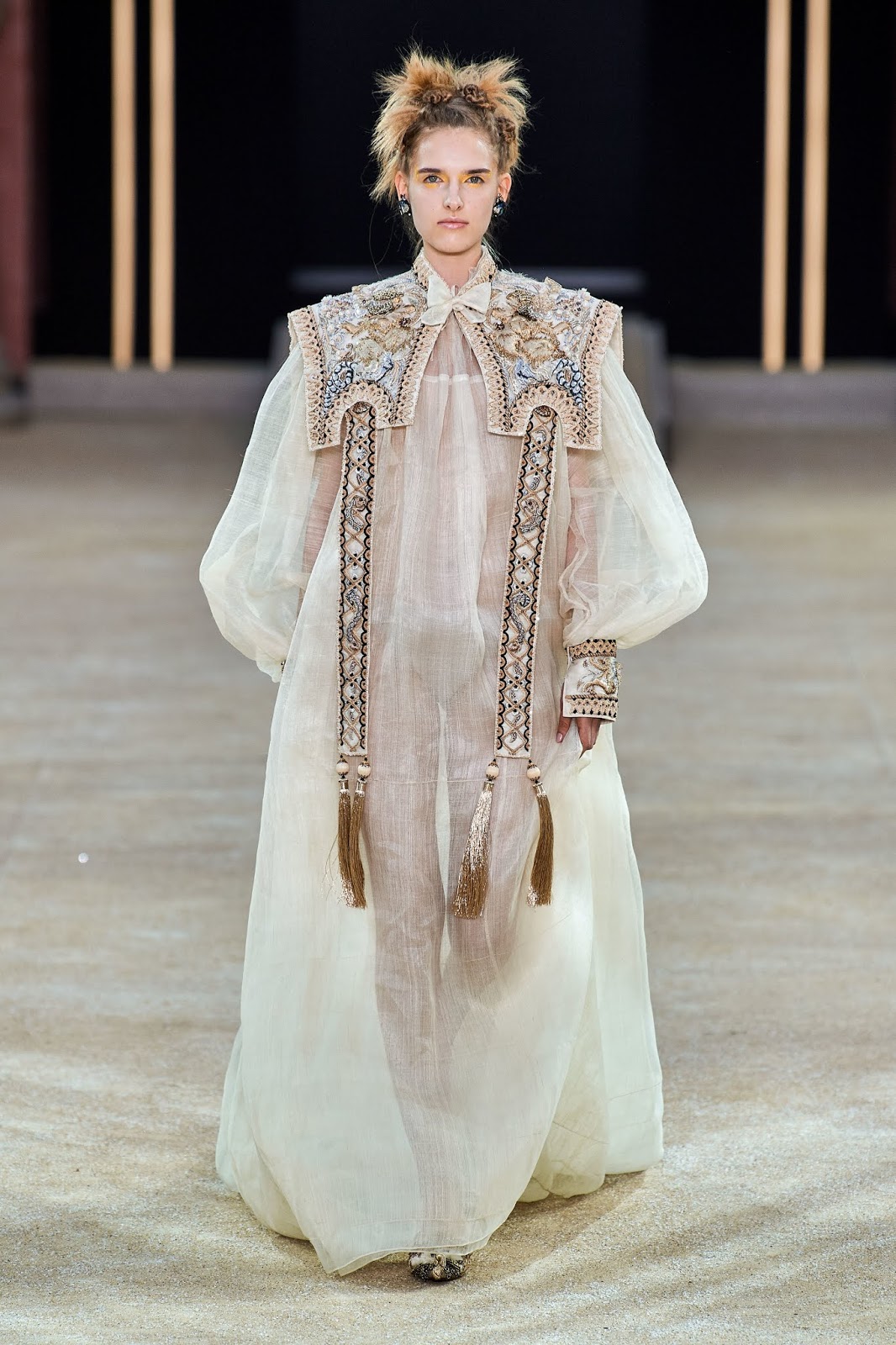 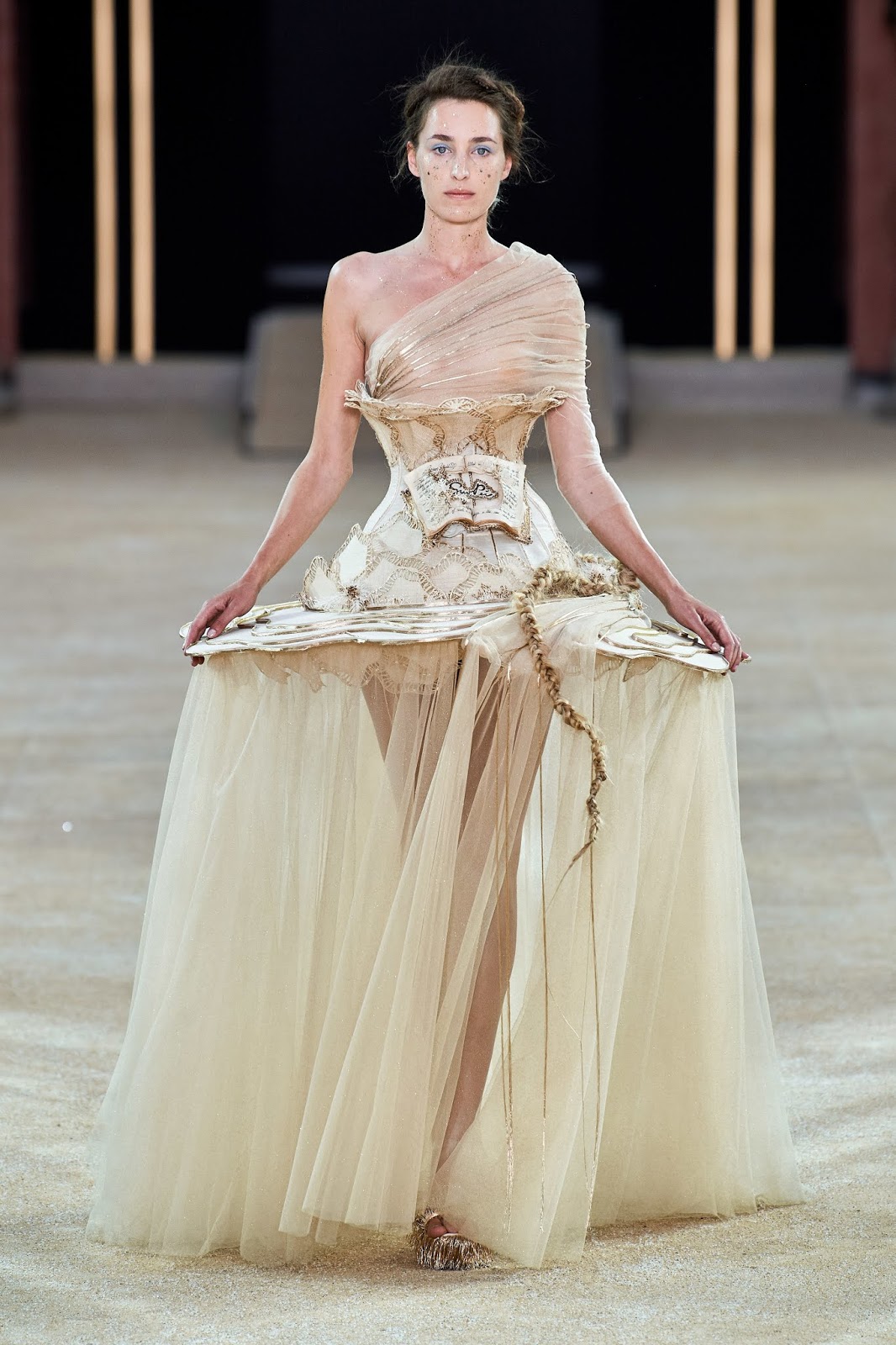 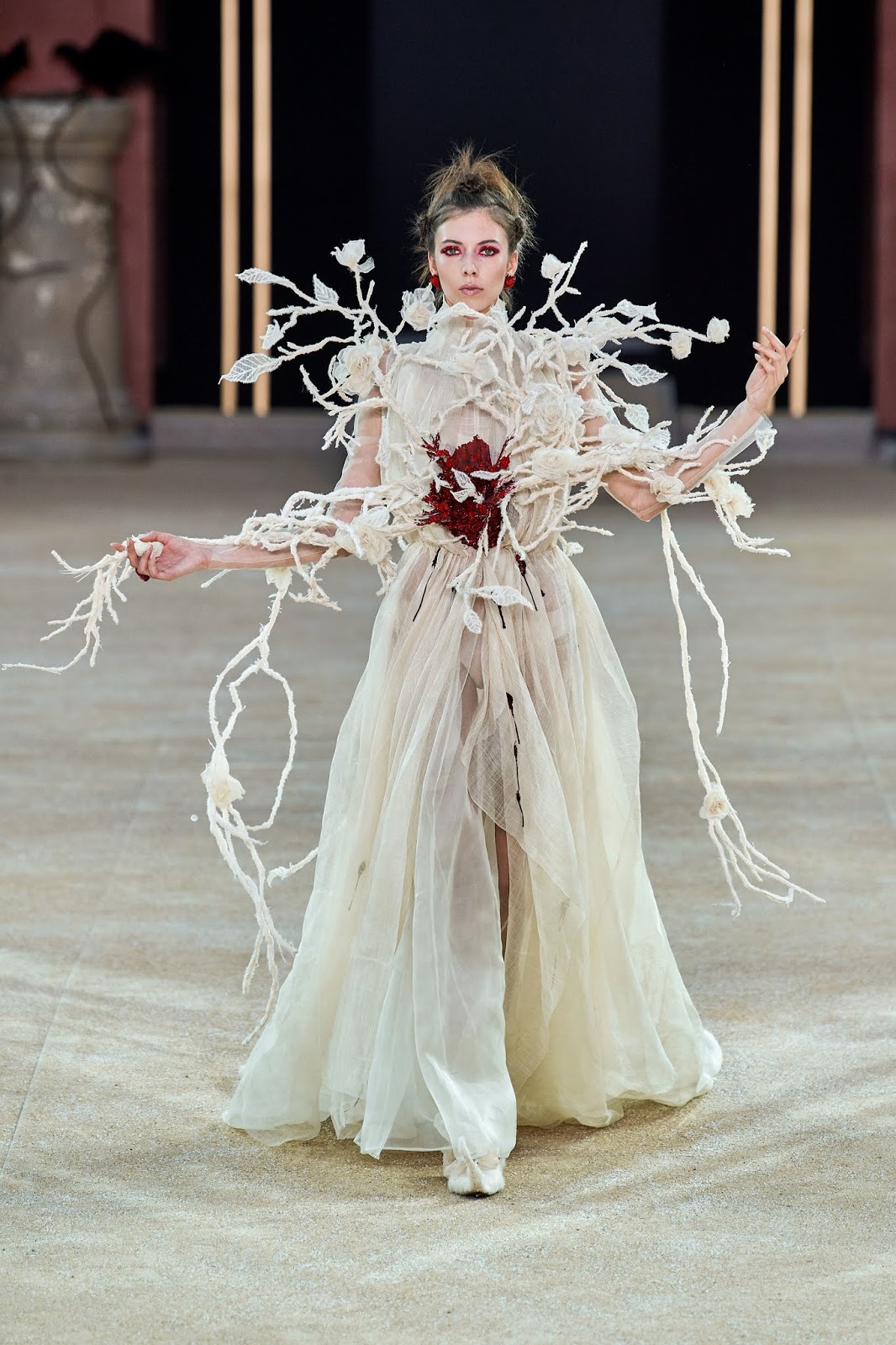 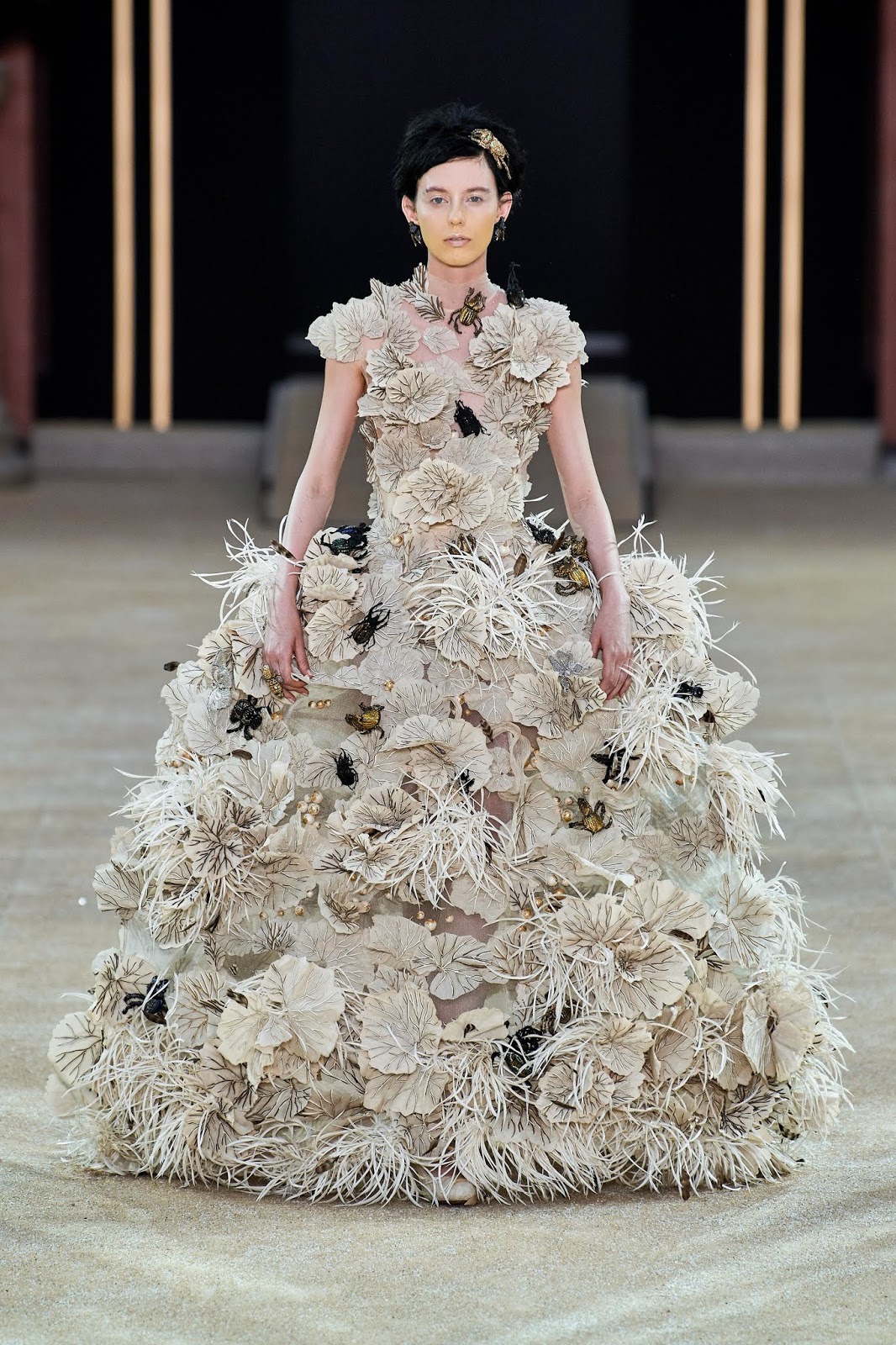 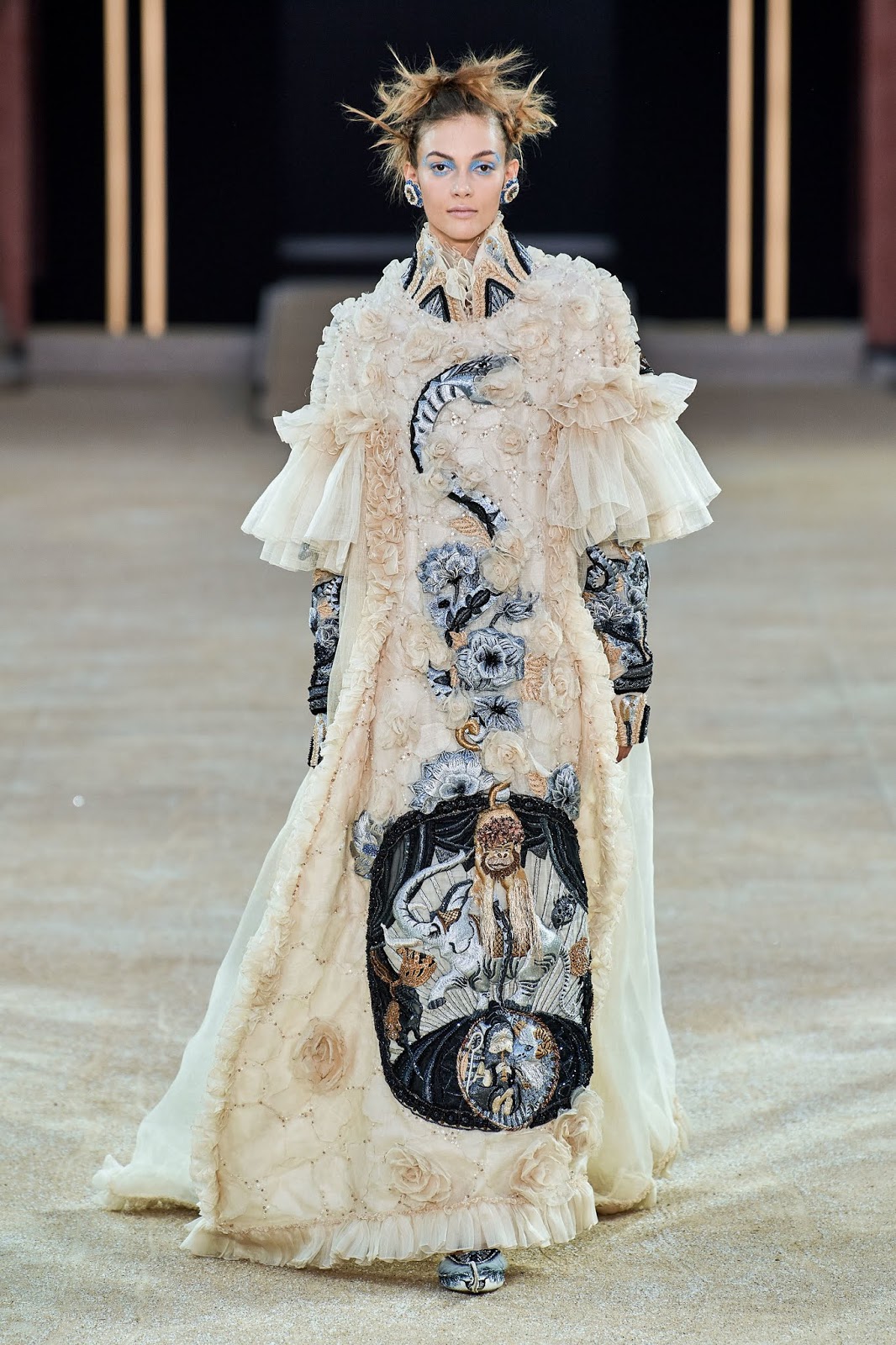 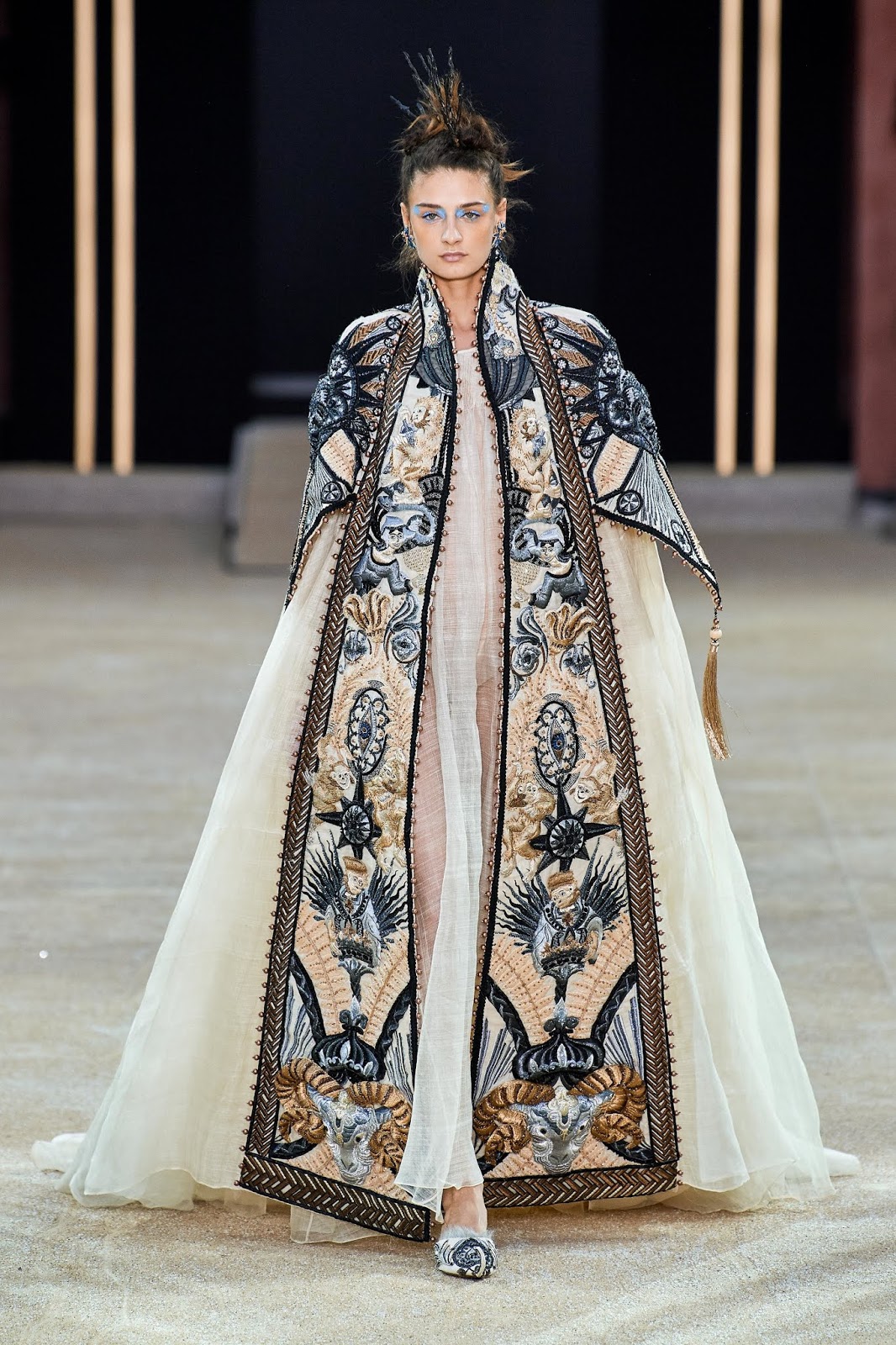 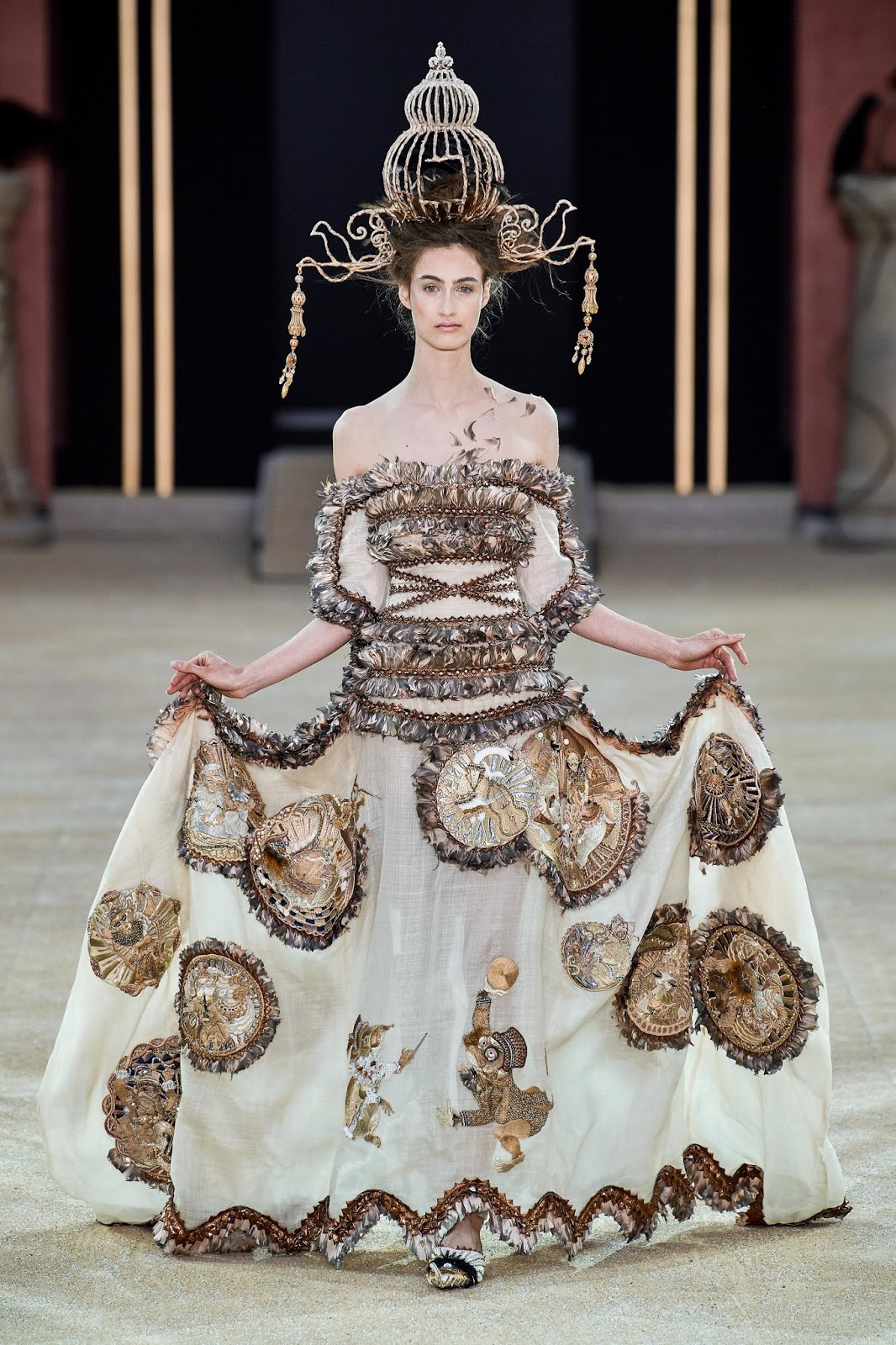 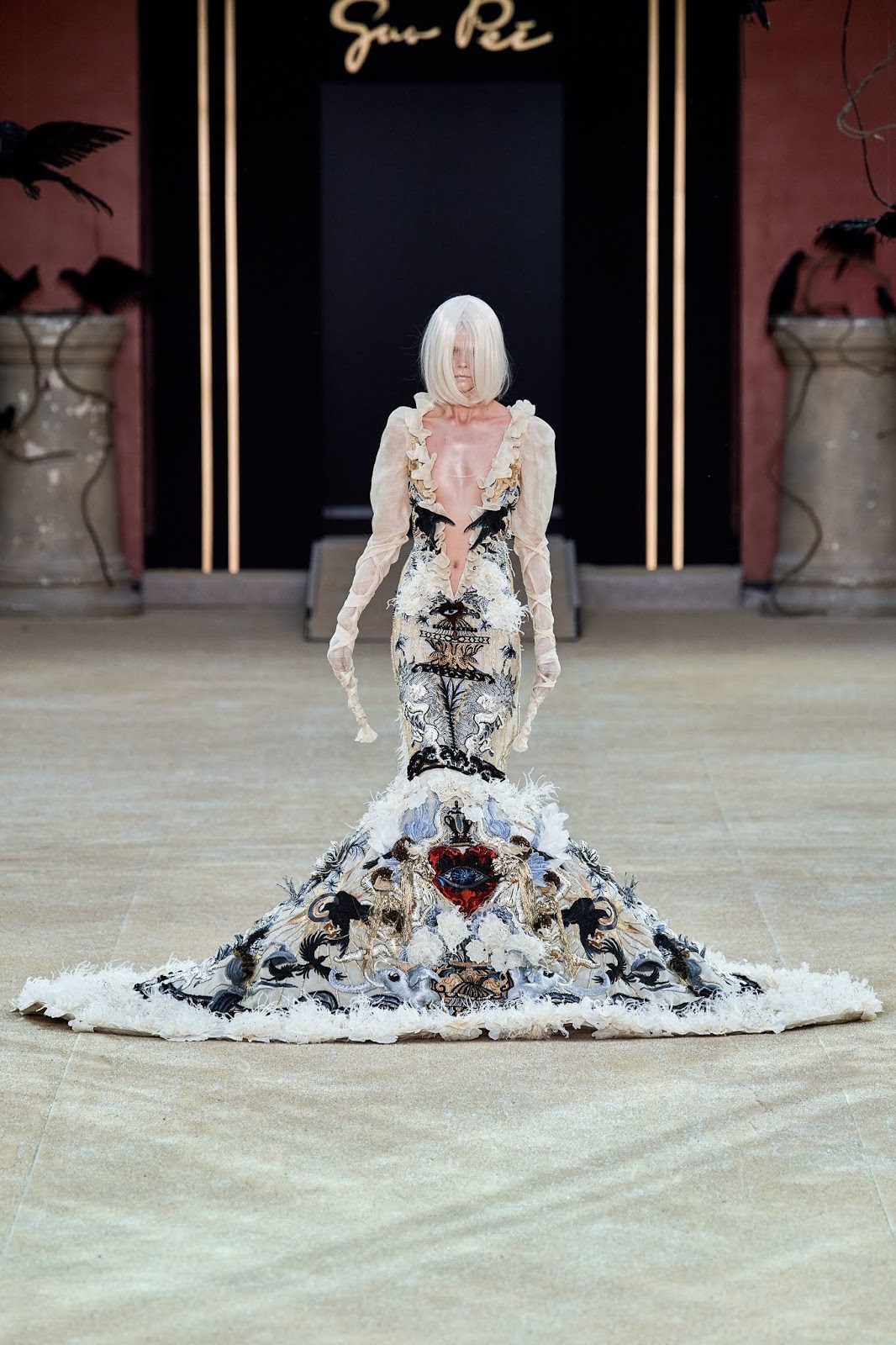 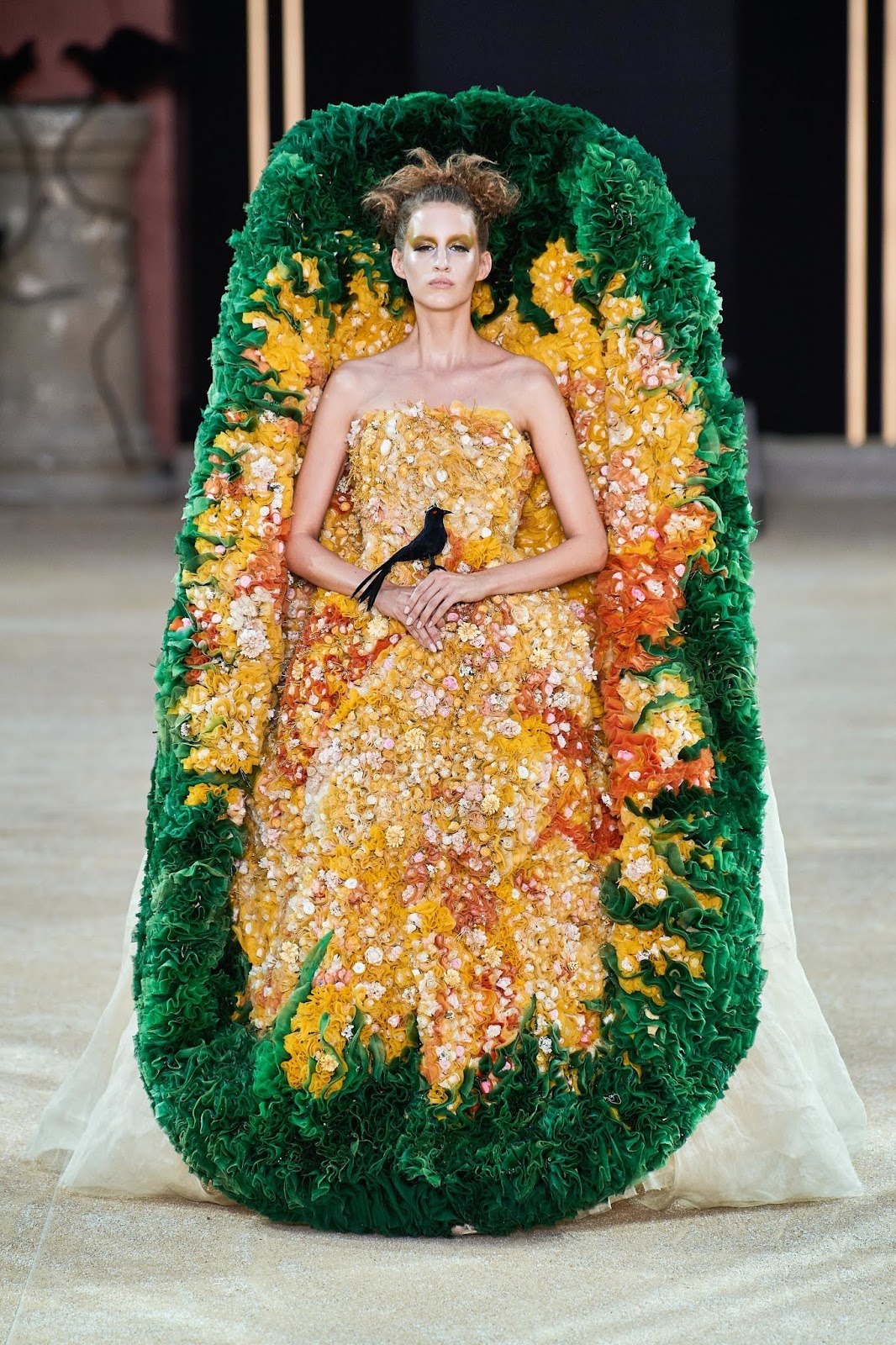