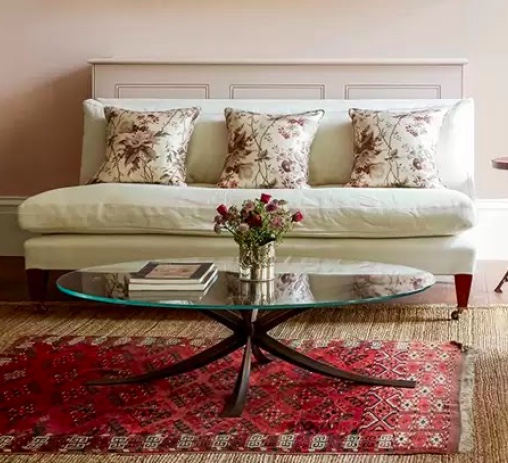 An airy London flat in shades of pink, designed by Virginia Howard
It was only after dispelling a ghostly presence that the interior designer Virginia Howard was able to start reorganising the space in this London flat, introducing neutral schemes with hints of pink. 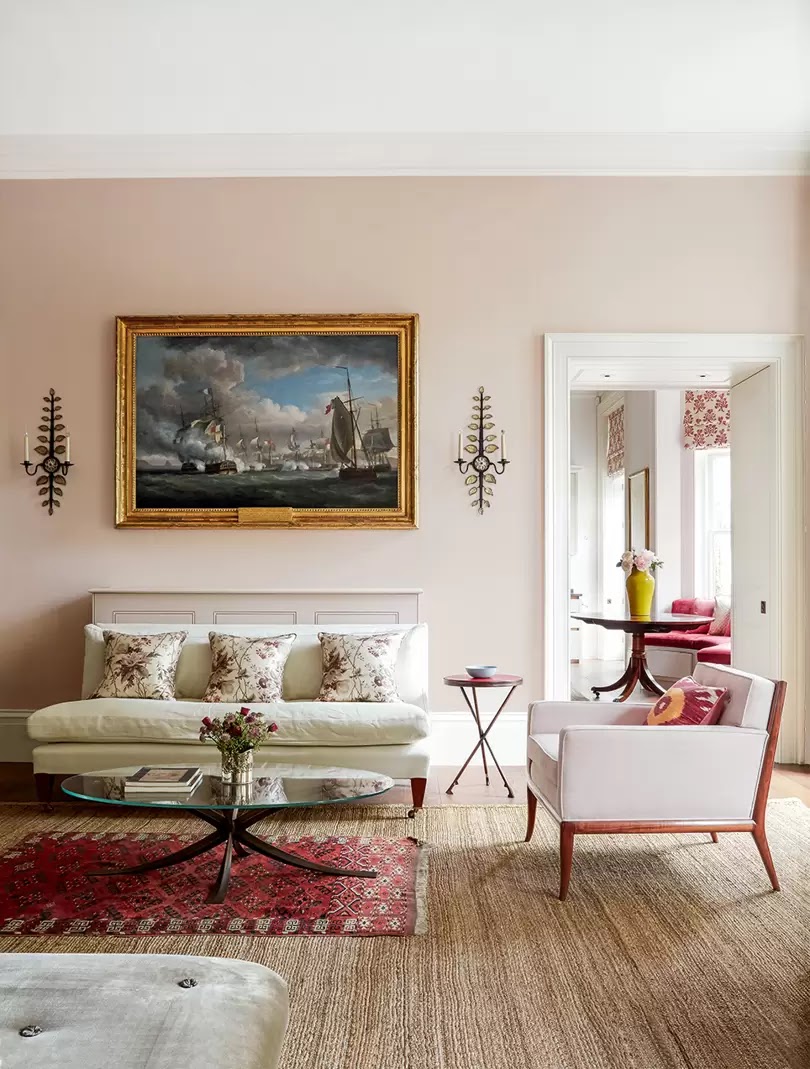 There’s a creepy feeling in here – I think there might be a ghost,’ said Virginia Howard’s client about the main bedroom of this west London flat. Virginia and her client, who, with her husband, owns homes in Verbier and St Barths, had spent two years searching for the perfect London base. 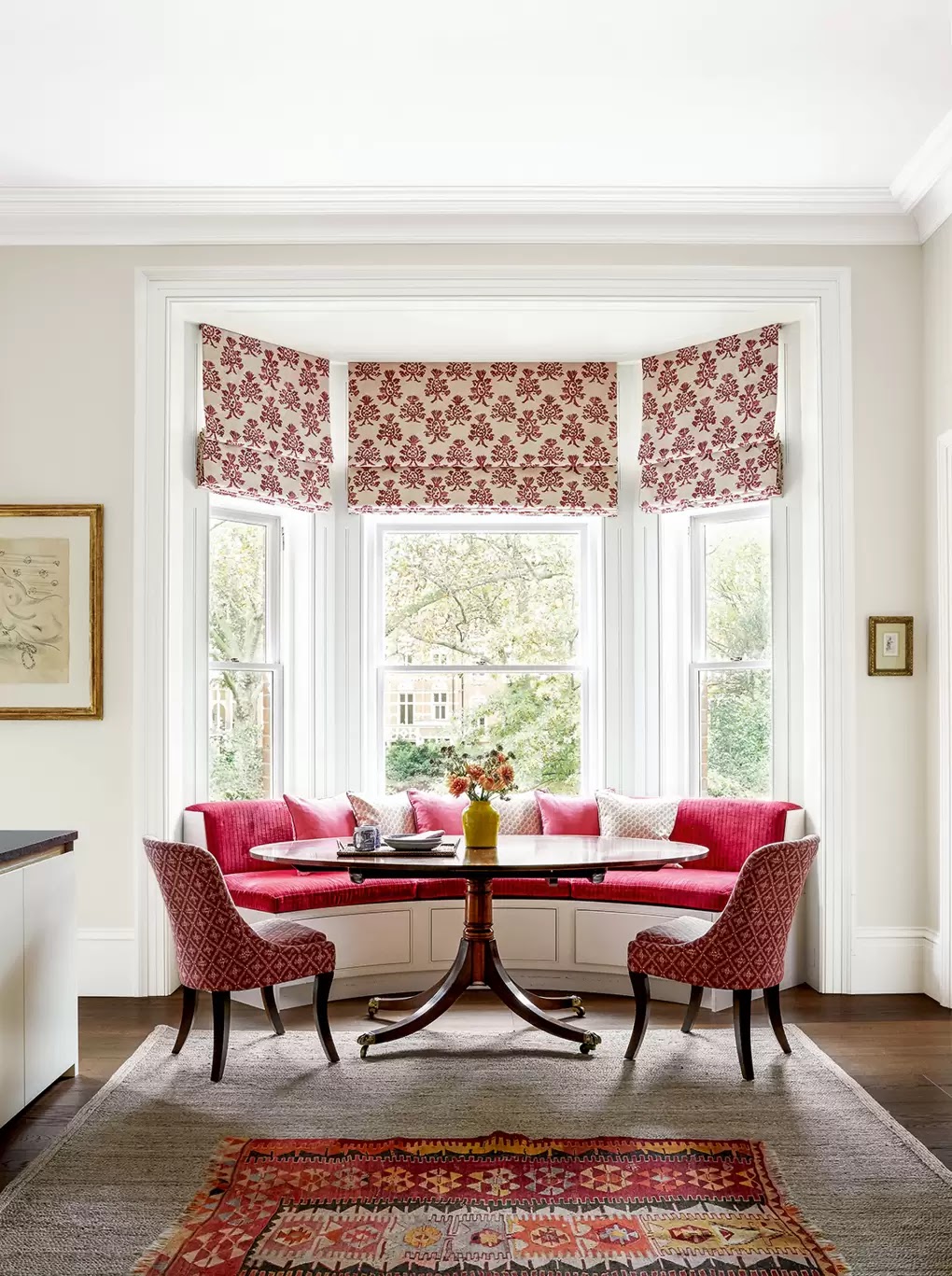 Virginia was sure that they had, at last, found it – a first-floor lateral conversion in a quiet garden square, in a smart area of London. So the possibility of a ghostly presence came as a bit of a blow.
Undaunted, Virginia approached the local vicar, who informed her that his church no longer goes in for exorcisms. 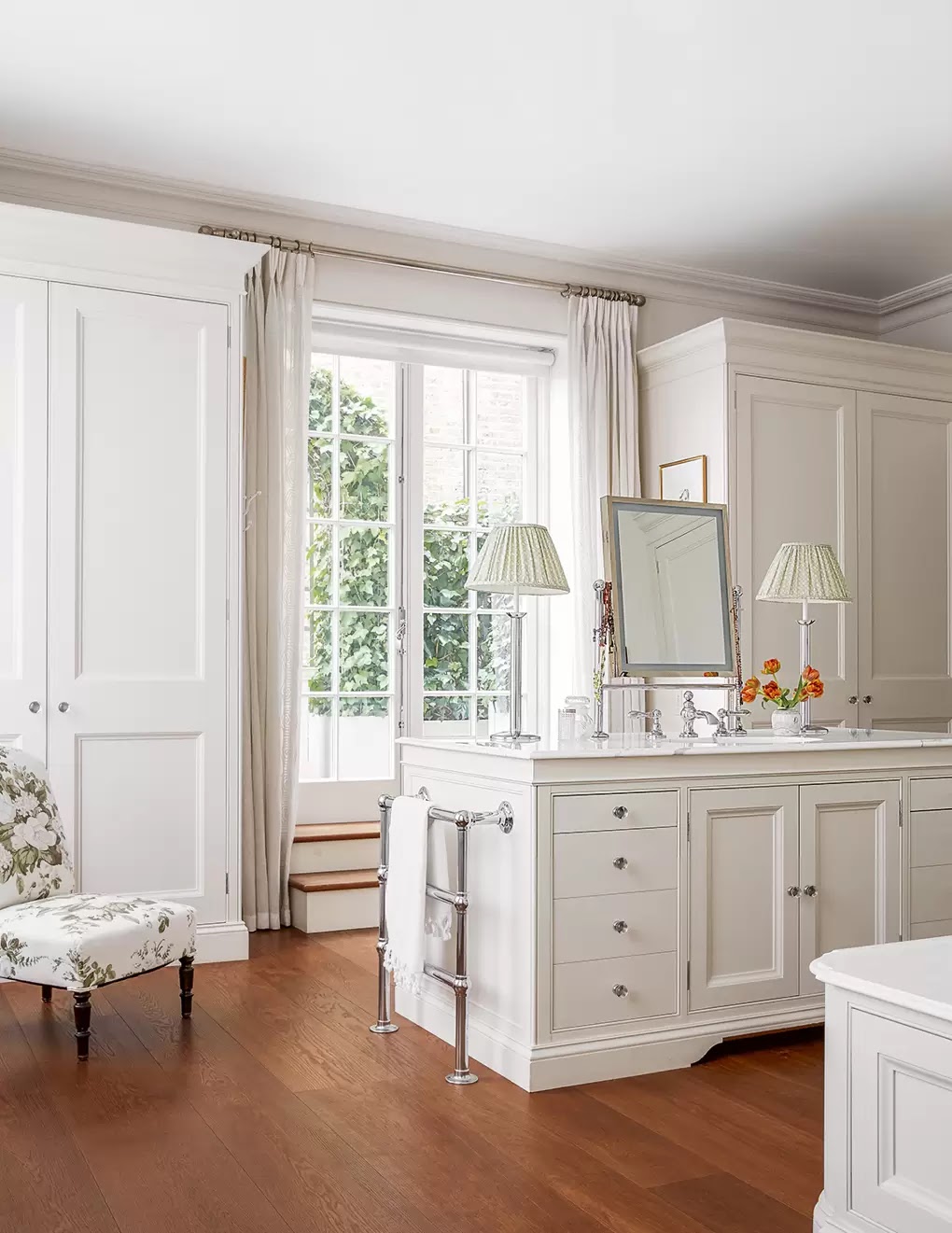 So she called in a beautiful society woman with past form as a ghost-buster, who worked her magic, wafting through the flat in a flowing white dress, and announced that the bedroom should be turned into a bathroom.
Luckily, this seemed to do the trick – though the sense of something other-worldly had vanished, the reorganisation of the space was just beginning. 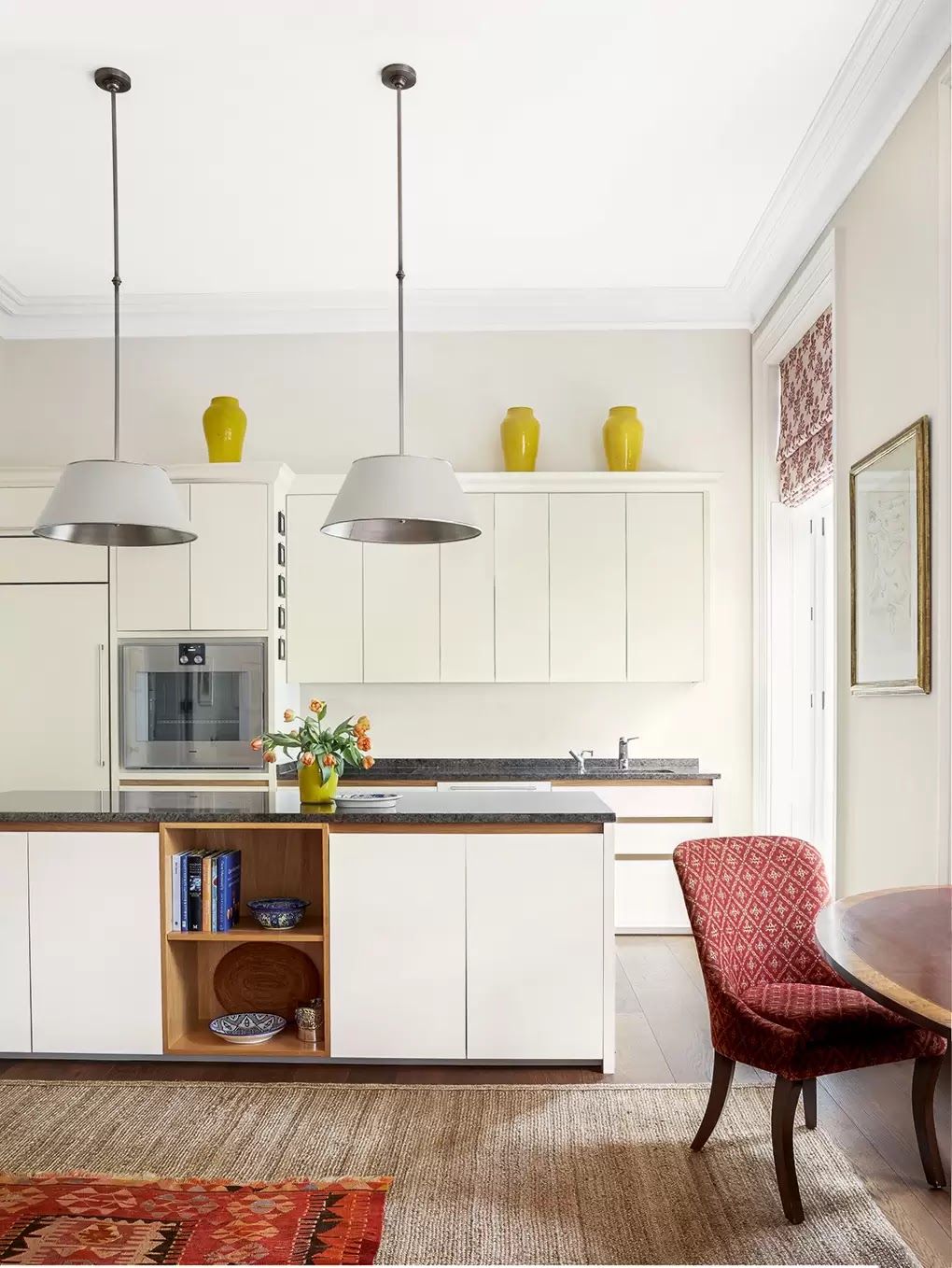 In a design career that has lasted more than 25 years, Virginia has designed every type of interior, but she is known mainly for bringing old country houses to life. So this commission was a dream. ‘It’s not often that I get a completely free rein to change spaces around and do the architectural detailing,’ she says.
The layout of the flat was completely transformed: three bedrooms became two and an immense amount of storage was created, most of it hidden behind panelled doors. 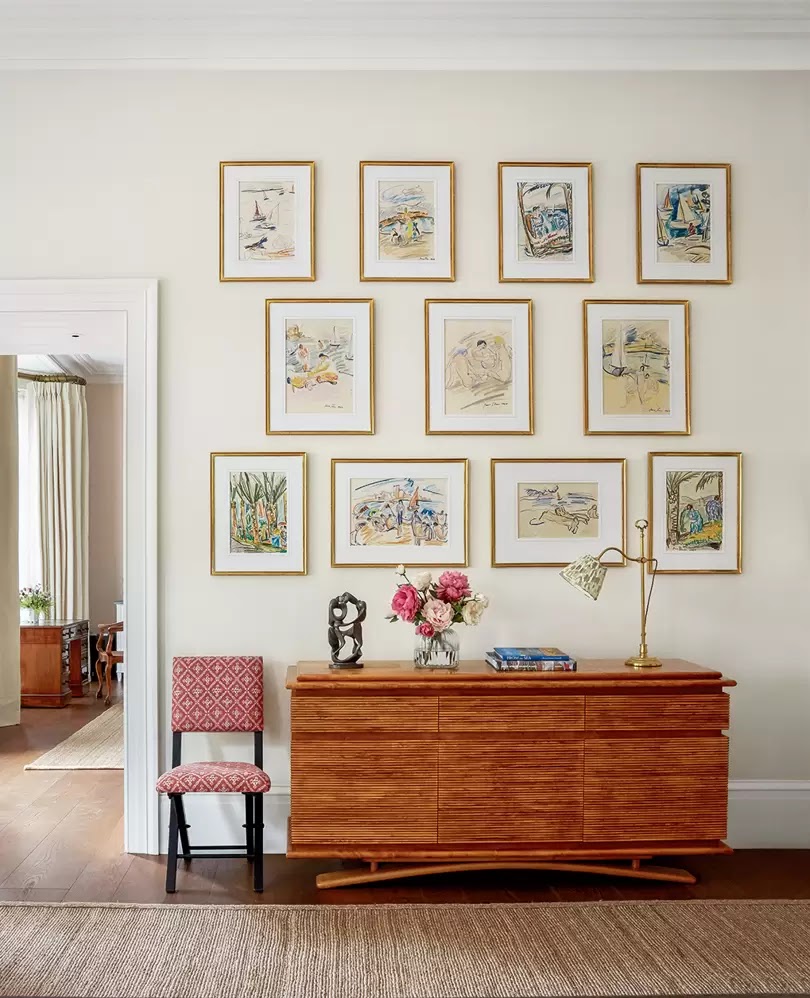 For the design of this panelling, Virginia ignored the more florid style of the 1880s, when the house was built, in favour of a slim recessed beading, in the style of the eighteenth-century architect Sir John Soane.
This detailing outlines many of the panelled doors, which conceal wine fridges, a laundry room, a cloakroom and a sophisticated electronic control system that connects all the owners’ homes. 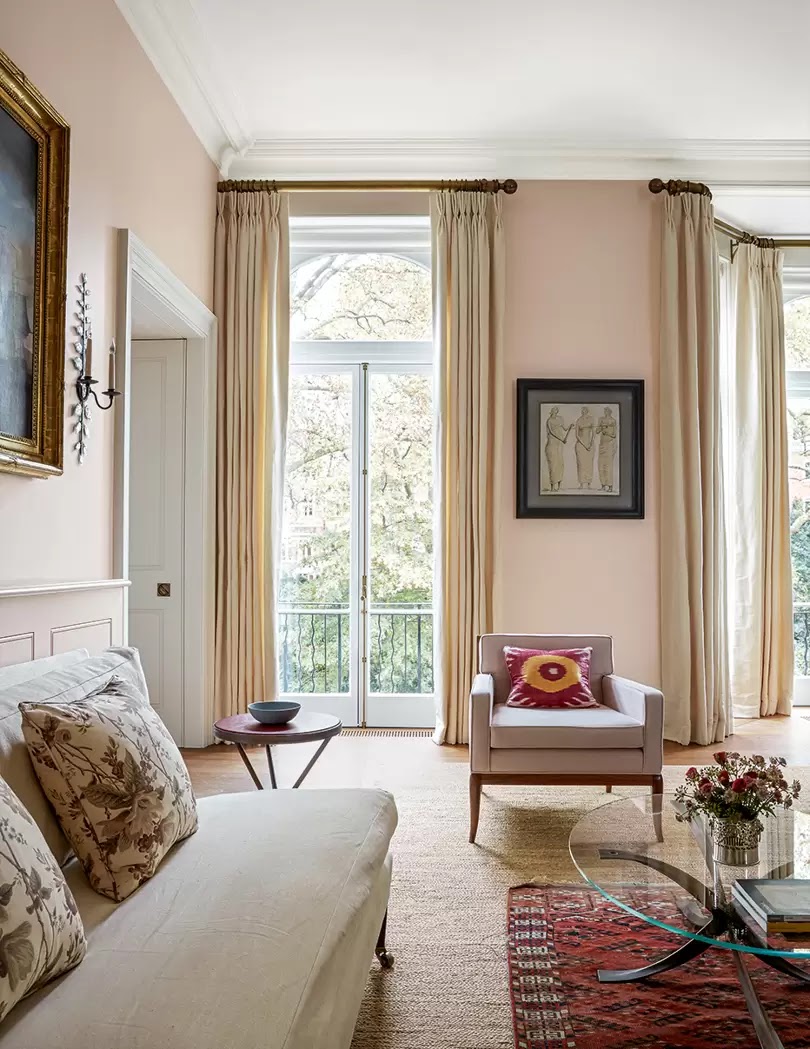 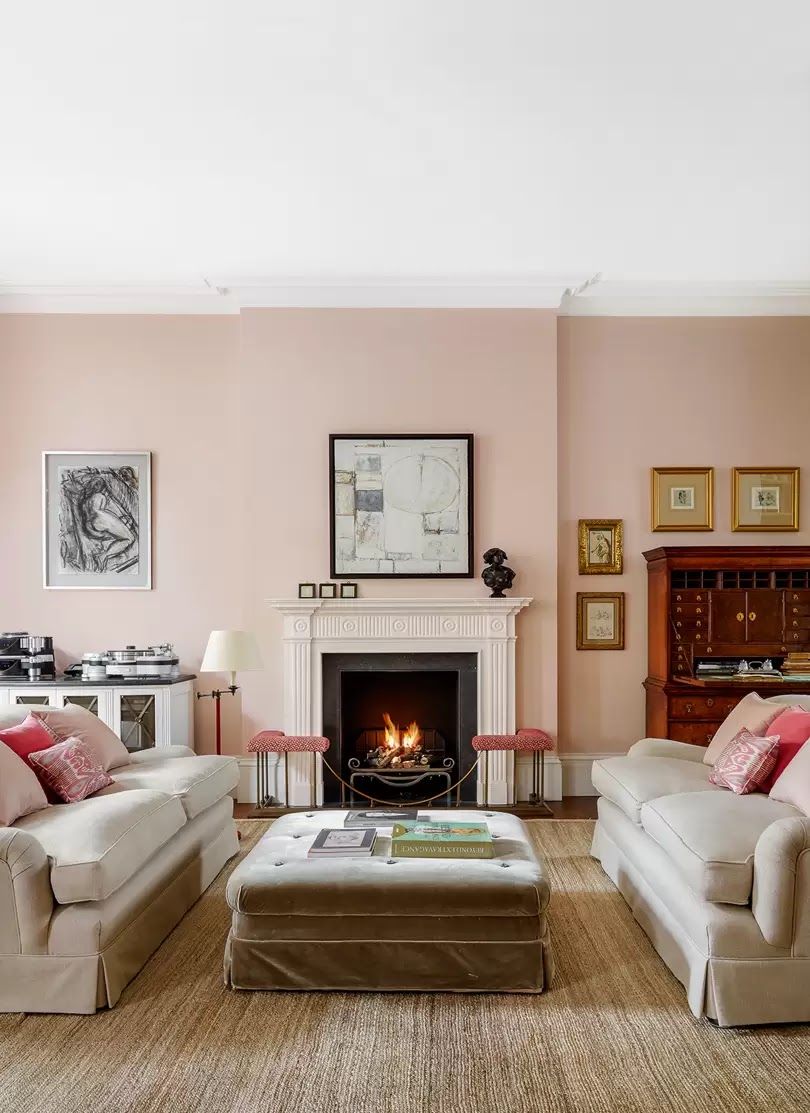 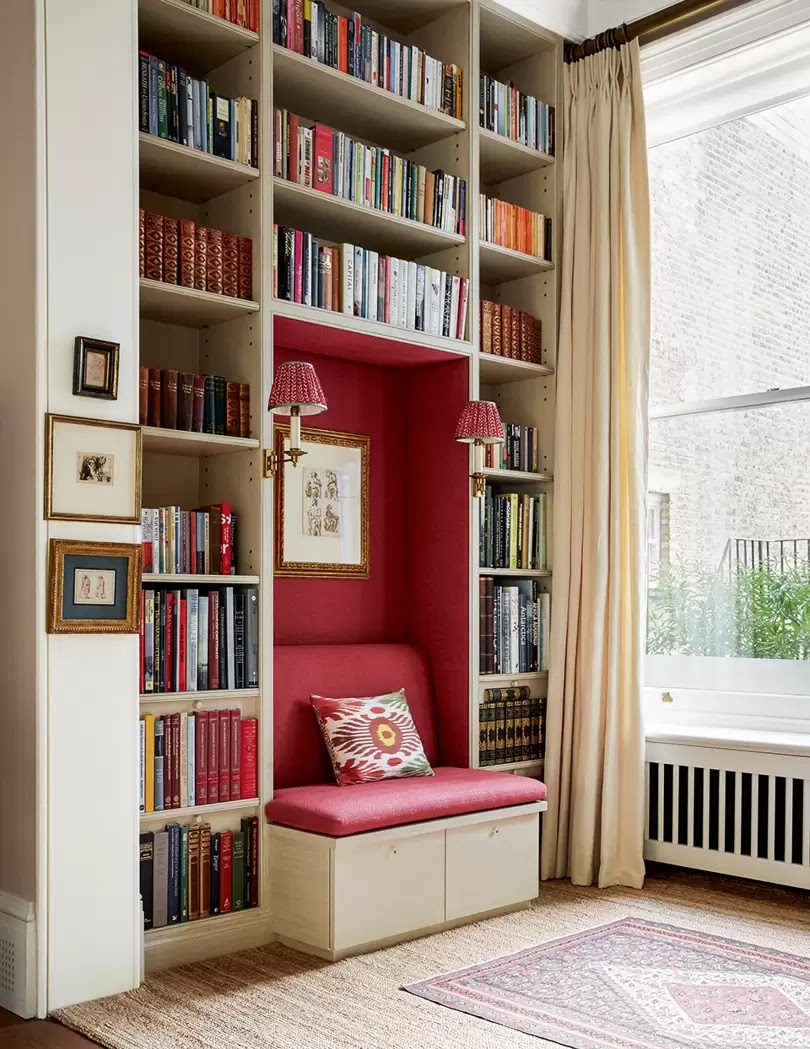 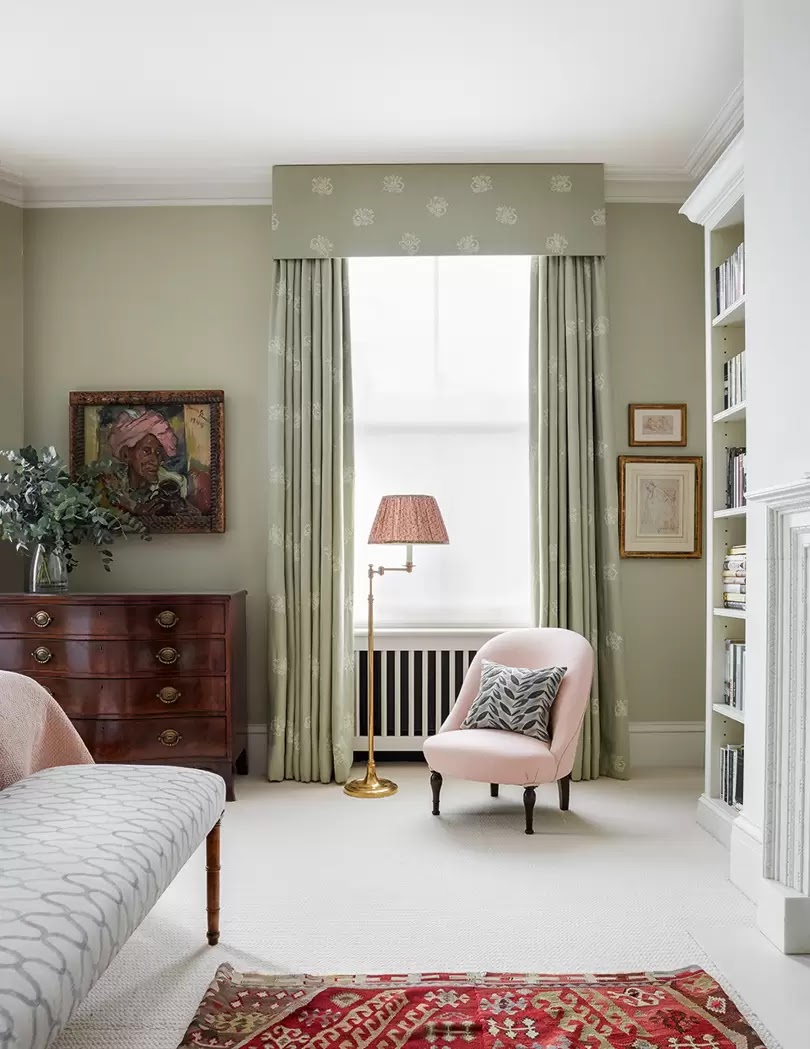 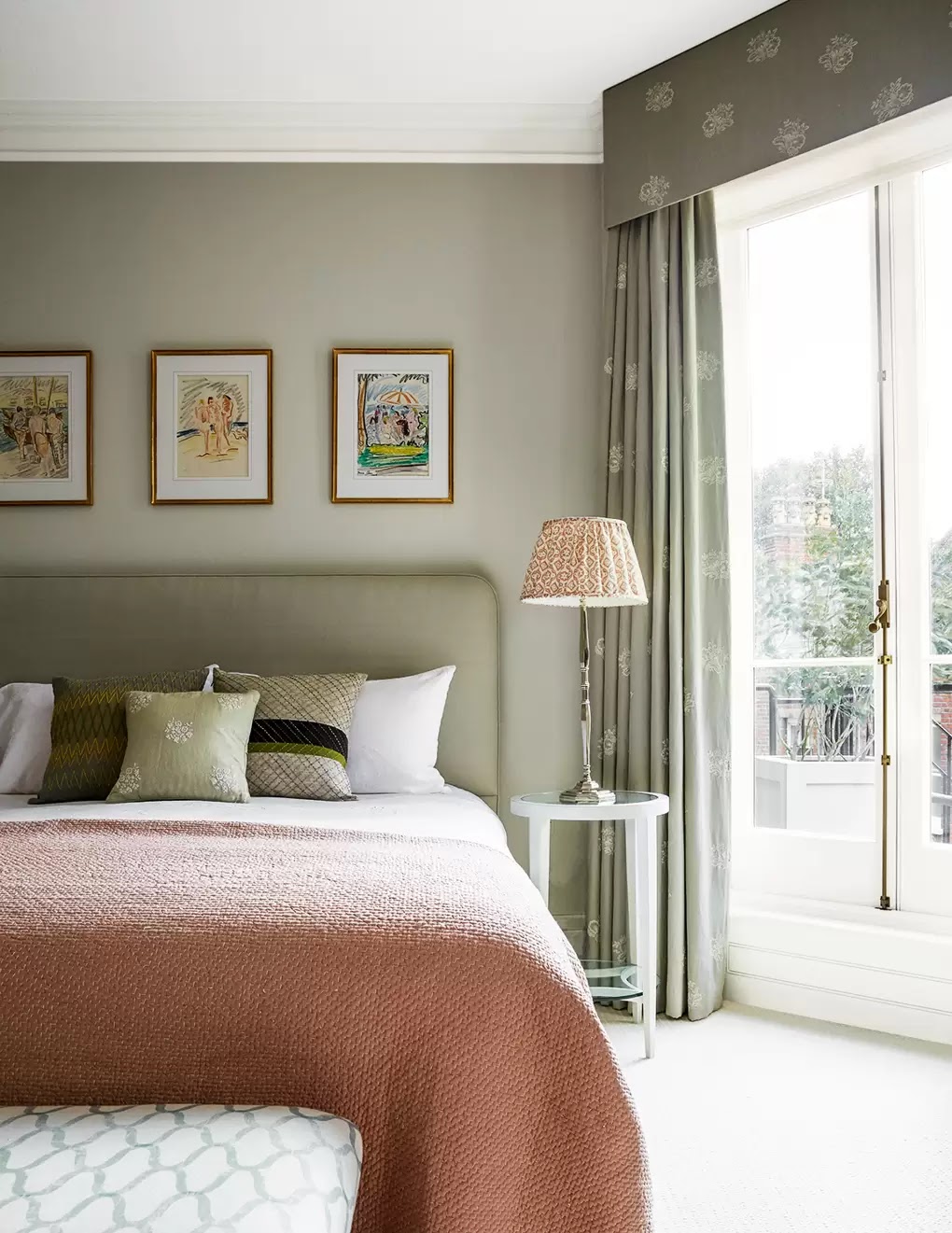 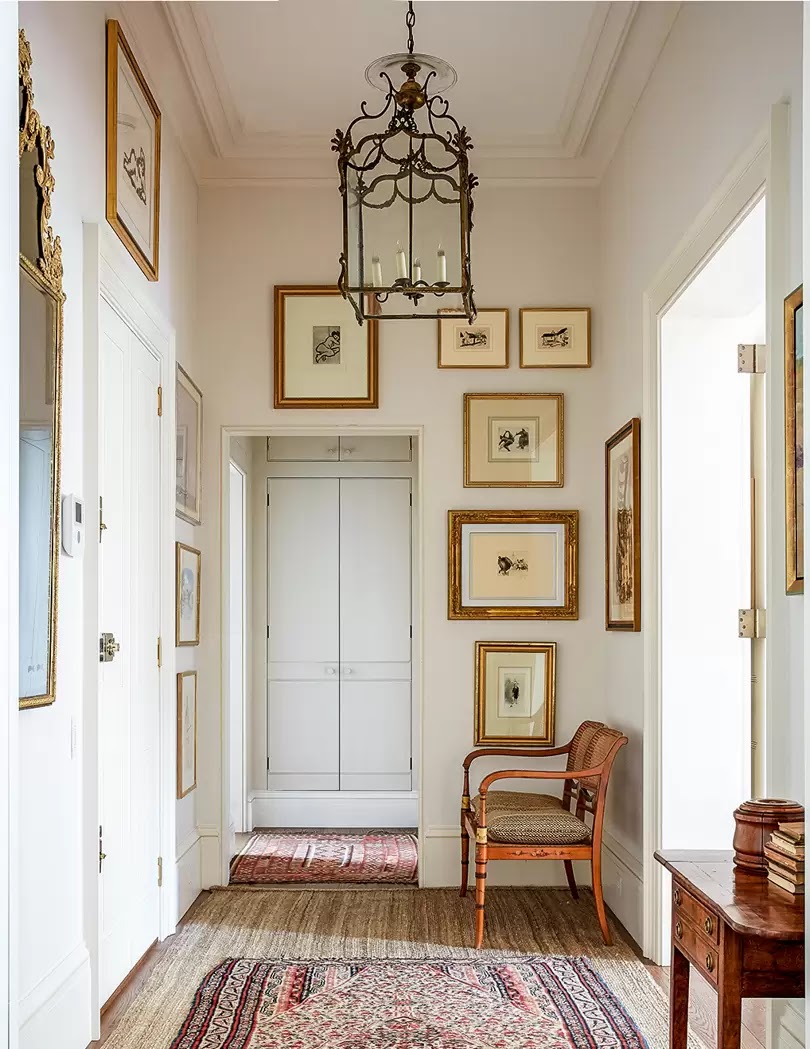