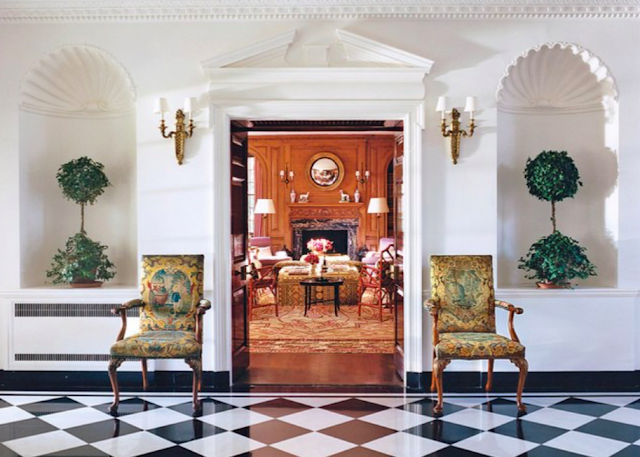 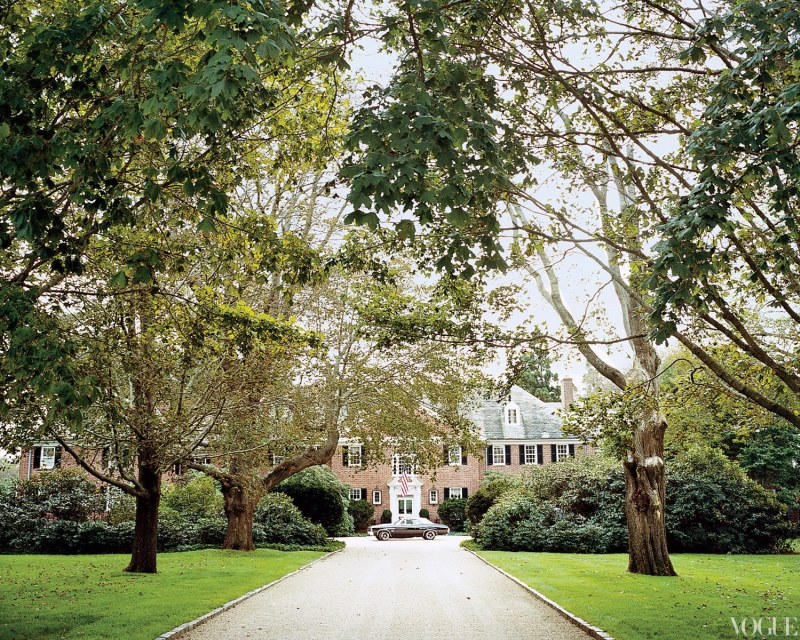 An avenue of sugar maples leading to the main entrance.
Photographed by François Halard
It is the sort of house that Jay Gatsby might have built to bedazzle Daisy Buchanan and win her heart back again—a Jazz Age Southampton estate cooled by ocean breezes and set in stately isolation in its own carefully landscaped grounds. 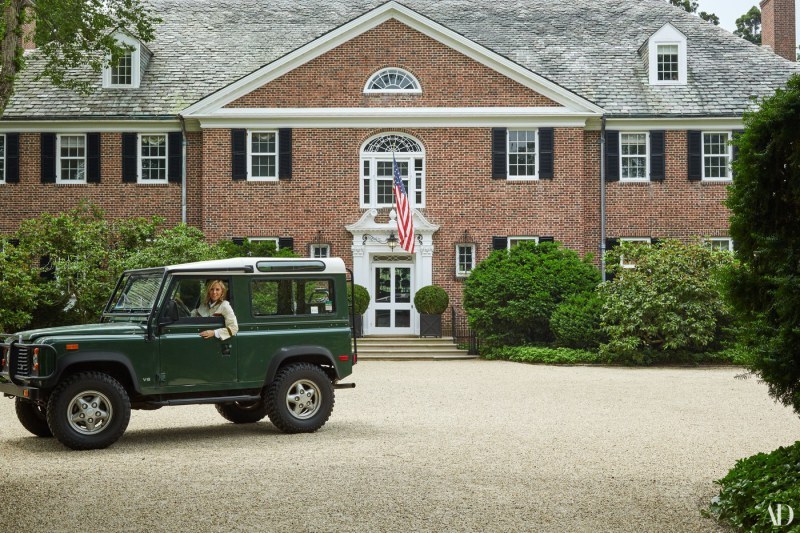 Burch wasn’t even looking for a new house.
Instead, following a flood, she was planning to drastically remodel her nearby home, a light-filled but architecturally undistinguished summer place on the water’s edge. 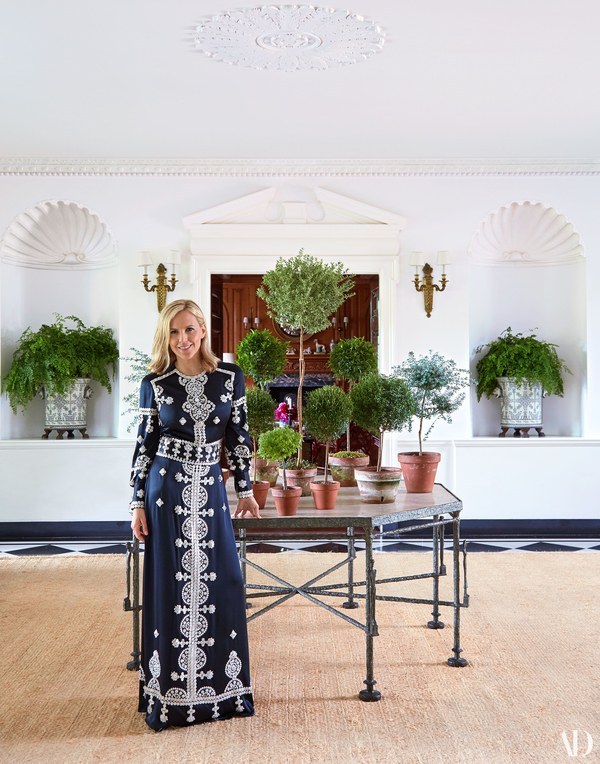 But when a friend took her to see this majestic home, she thrilled to its resonance with the Anglophile houses on Philadelphia’s Main Line, where she had grown up among her parents’ collections of all things antique and intriguing, from armor to Imari. 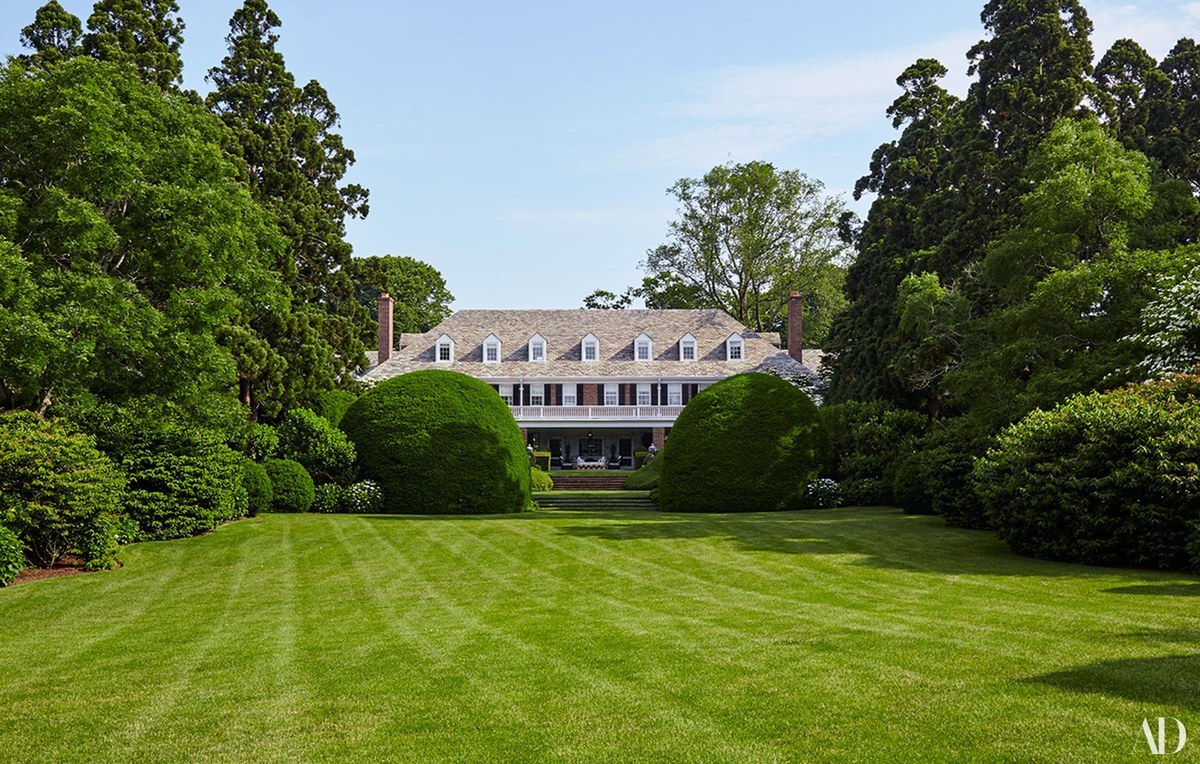 The house was originally decorated by the society decorator Elsie Sloan Farley, who transformed the interiors into a garden of overscale flowering chintz and needlepoint-covered English furniture.

Farley might not be startled by the house in its twenty-first-century incarnation. 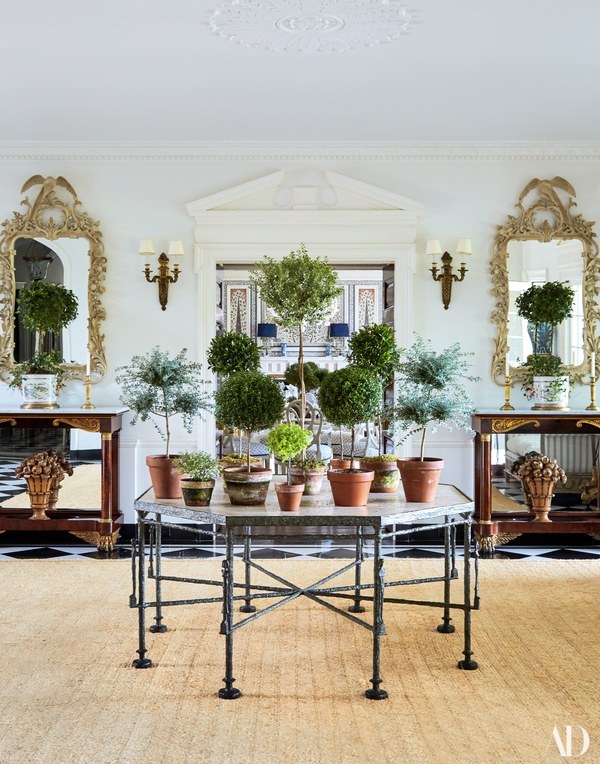 Not wanting it to look shiny and new, Burch trawled the auction houses and local estate sales for antique furnishings, which she mixed with pieces from her Long Island and Pennsylvania houses and well-loved treasures from her parents. 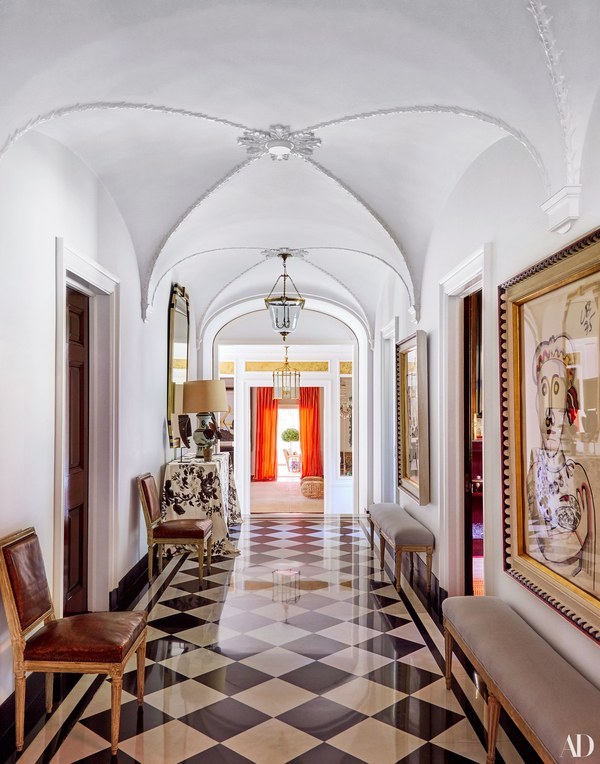 “Architecturally speaking, the house is set up in a formal way,” adds Hood, “but Tory wanted it to be open and inviting, so we used warm colors and comfortable furnishings. Unlike her last house, nothing says ‘seashore’—she didn’t want a summerhouse but instead one that felt right at Thanksgiving and Christmas, a house that she could come to every weekend.” 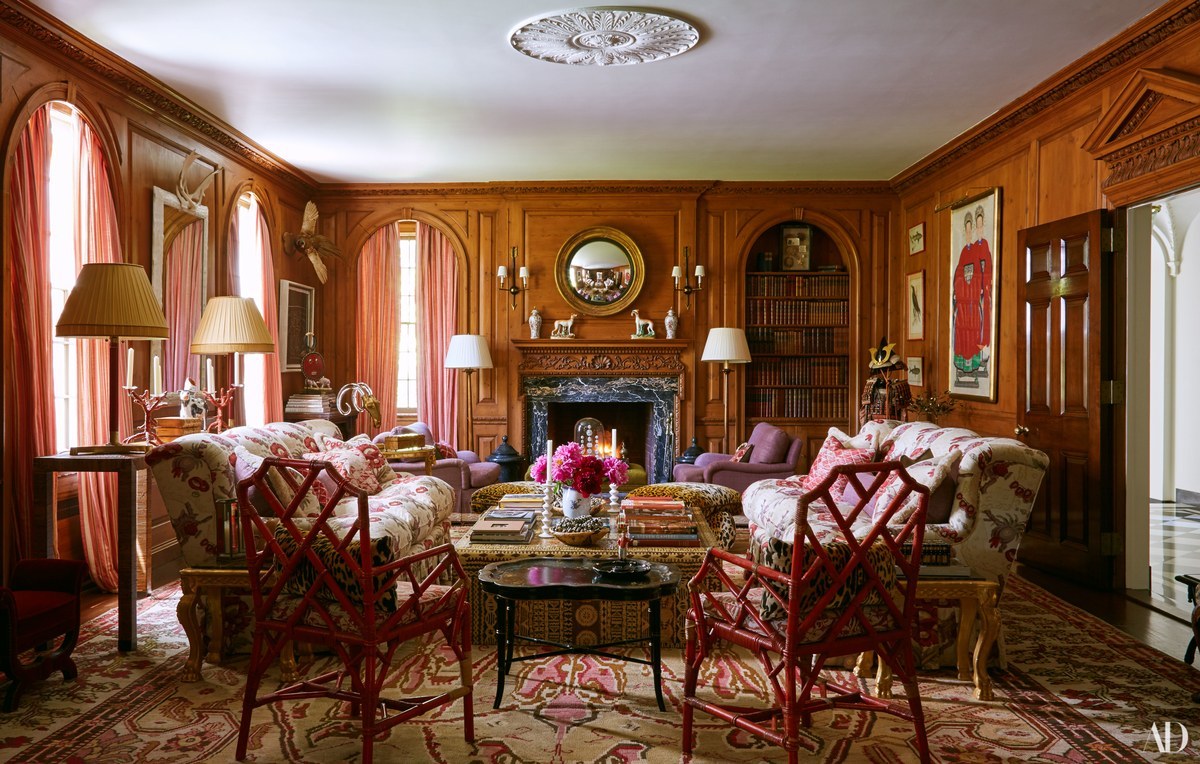 “I wanted to embrace the house’s grandeur but make it much more casual and relaxed and a little offbeat,” says Burch, “and nothing off limits for my kids.” 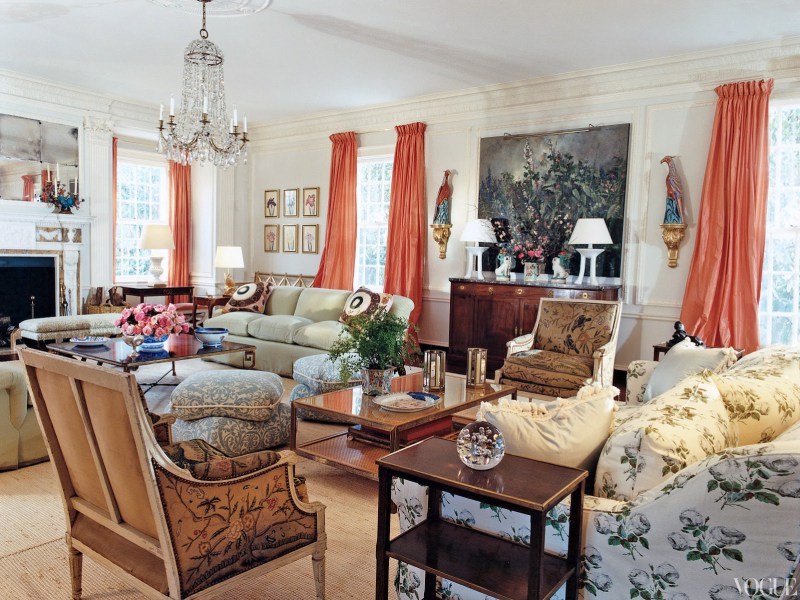 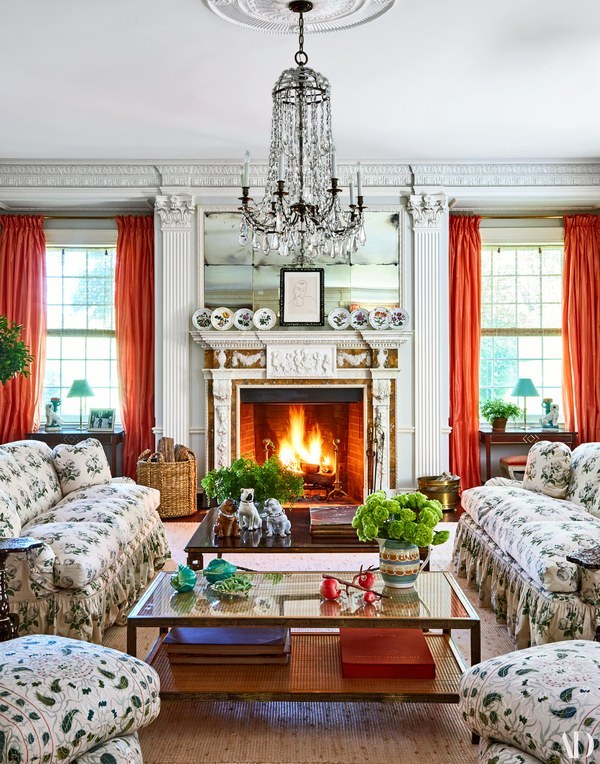 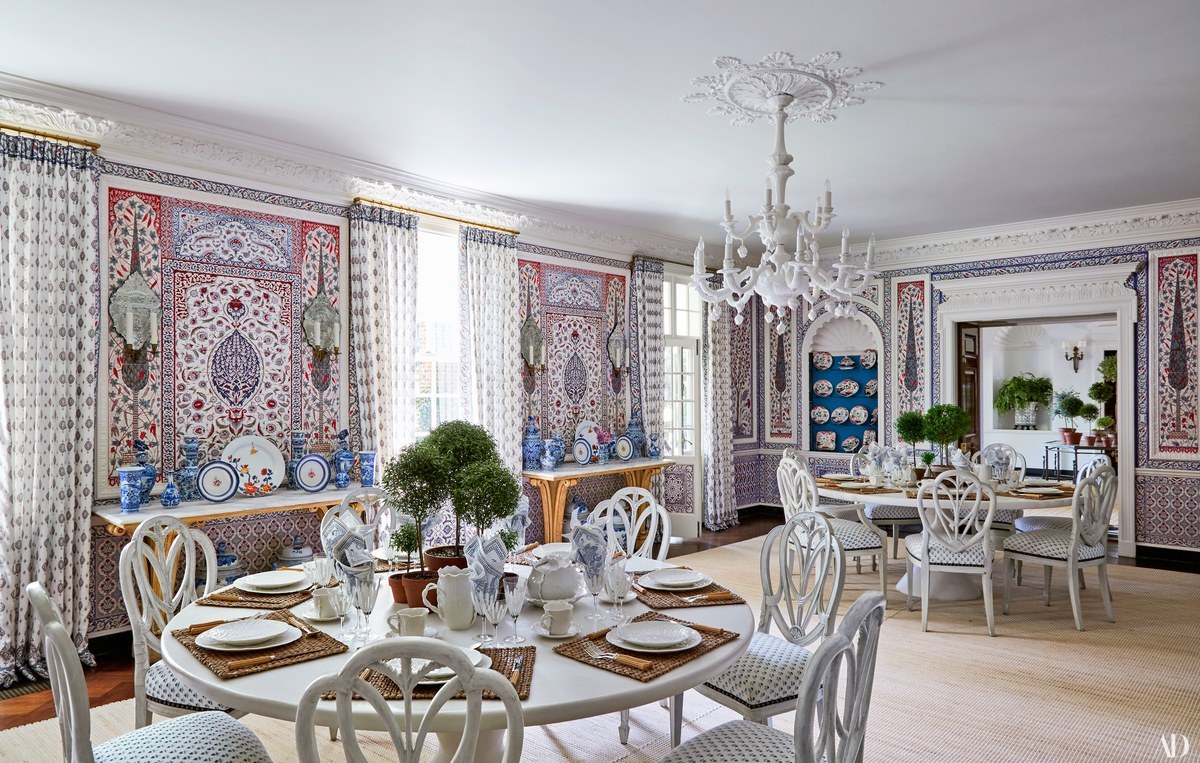 The dining room was transformed by the Paris-based wallpaper designers Iksel, who created custom panels based on Persian Iznik tiles, an exotic complement to Burch’s collection of Imari porcelain. 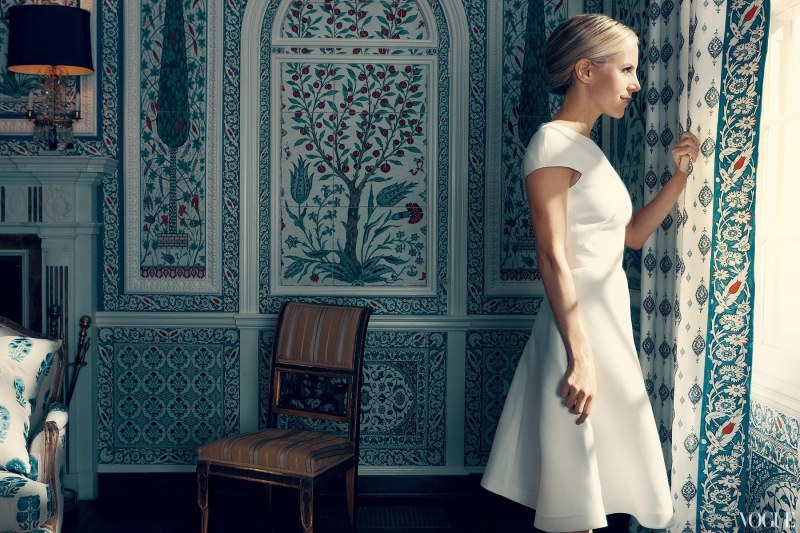 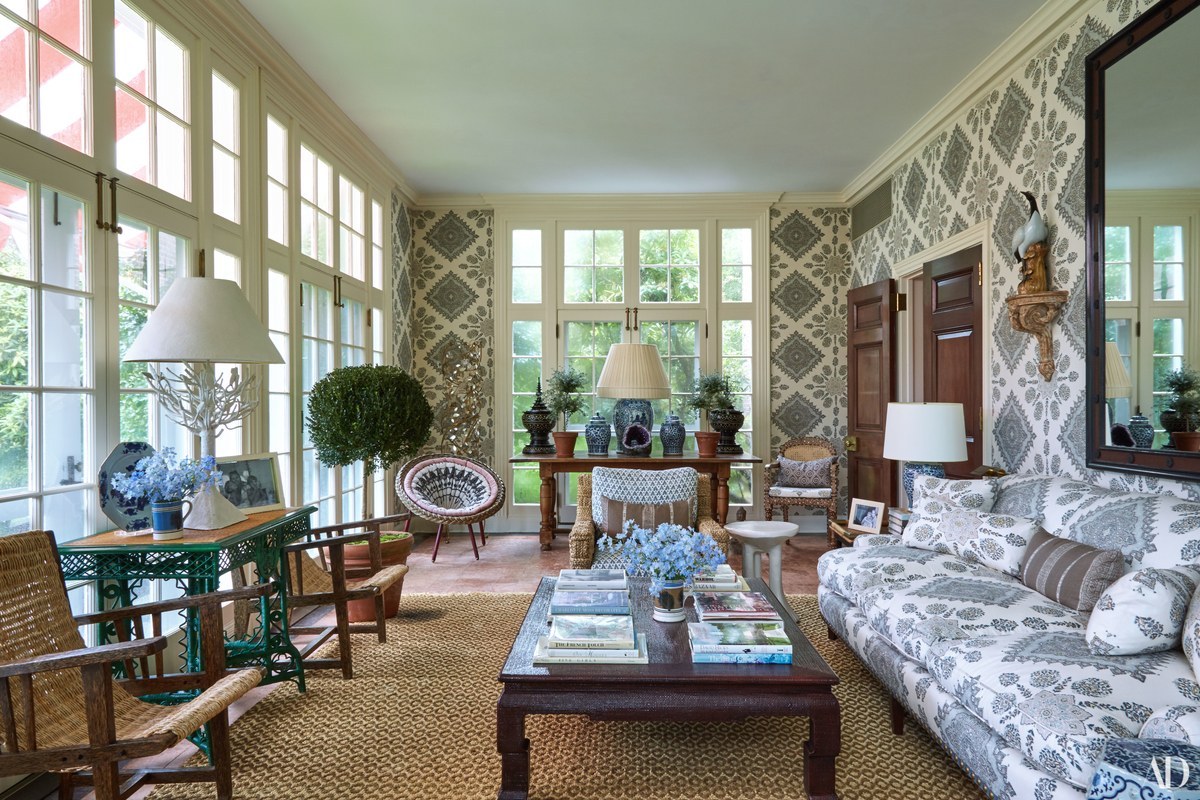 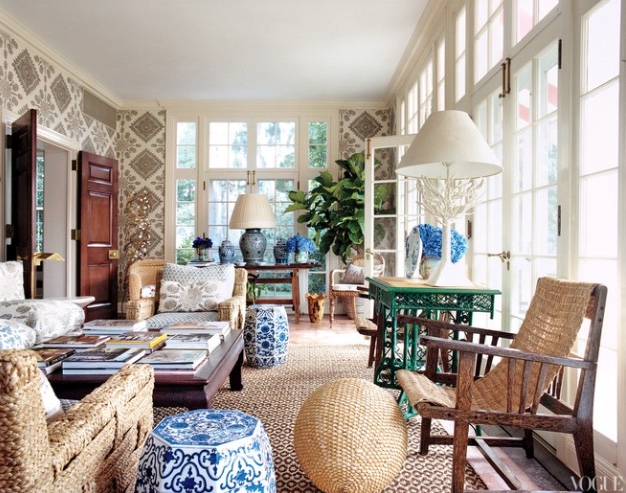 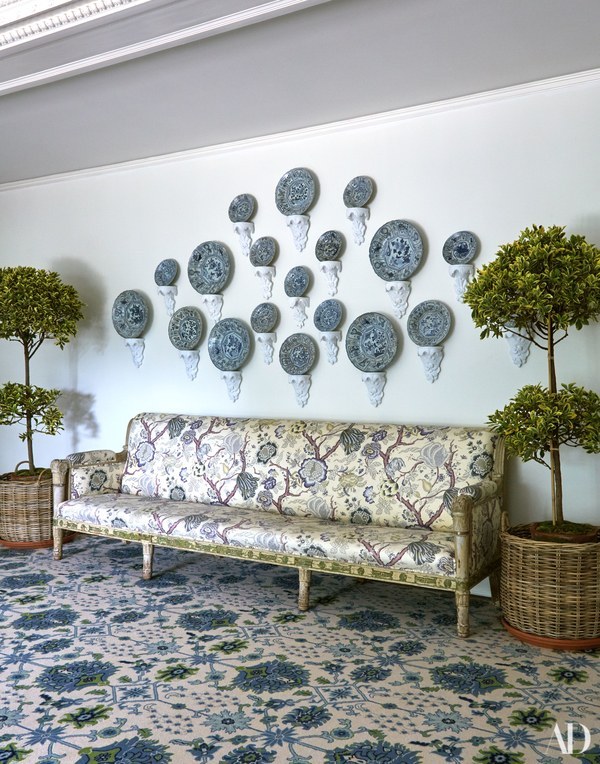 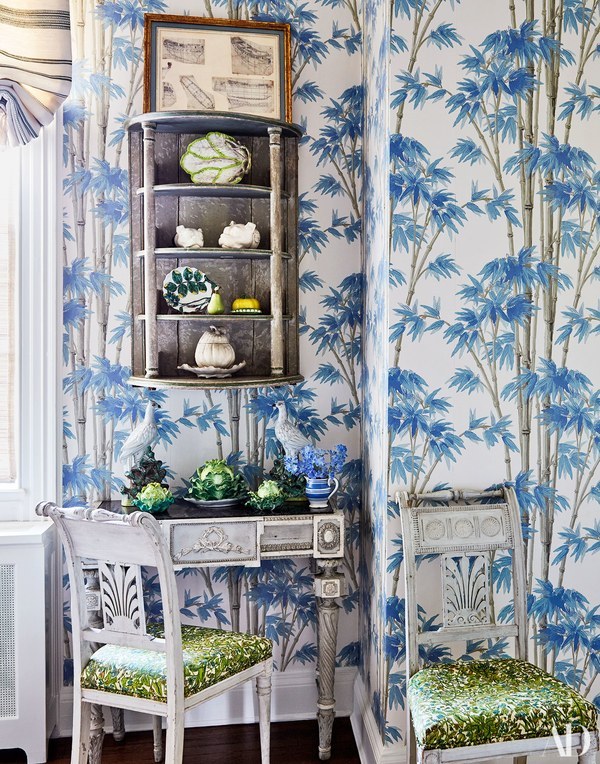 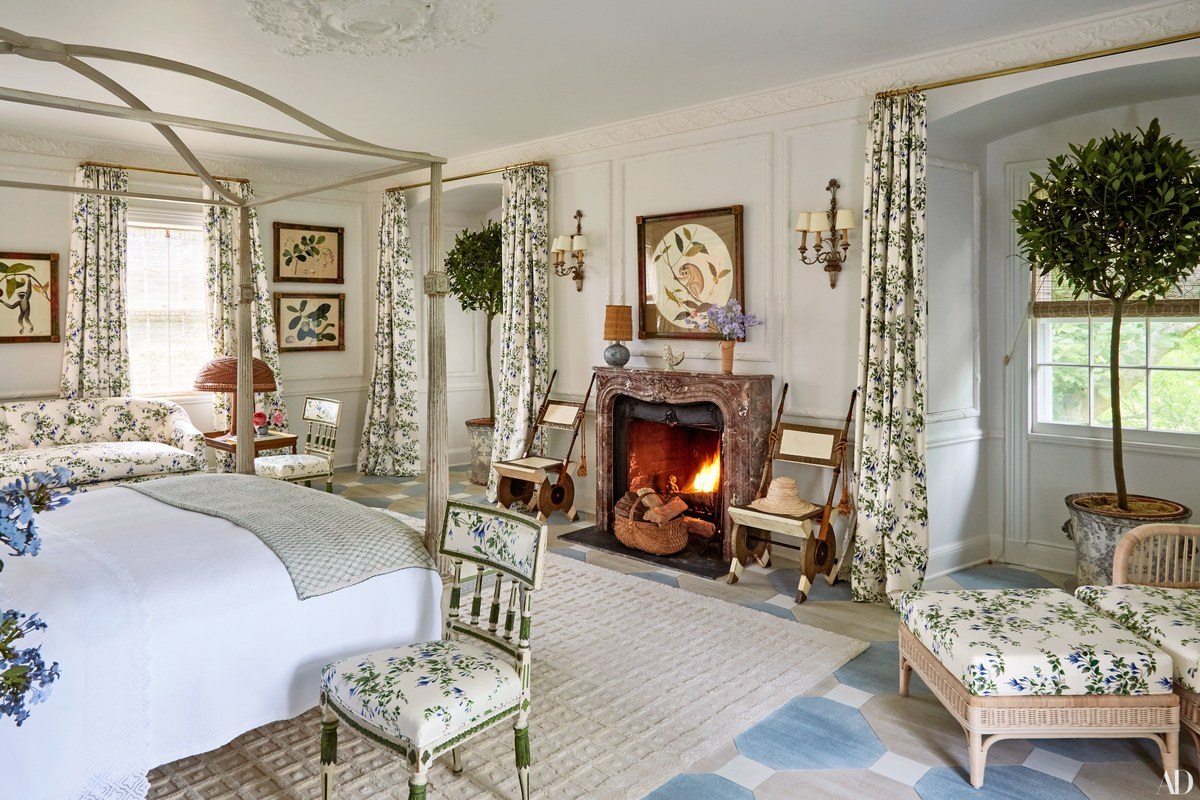 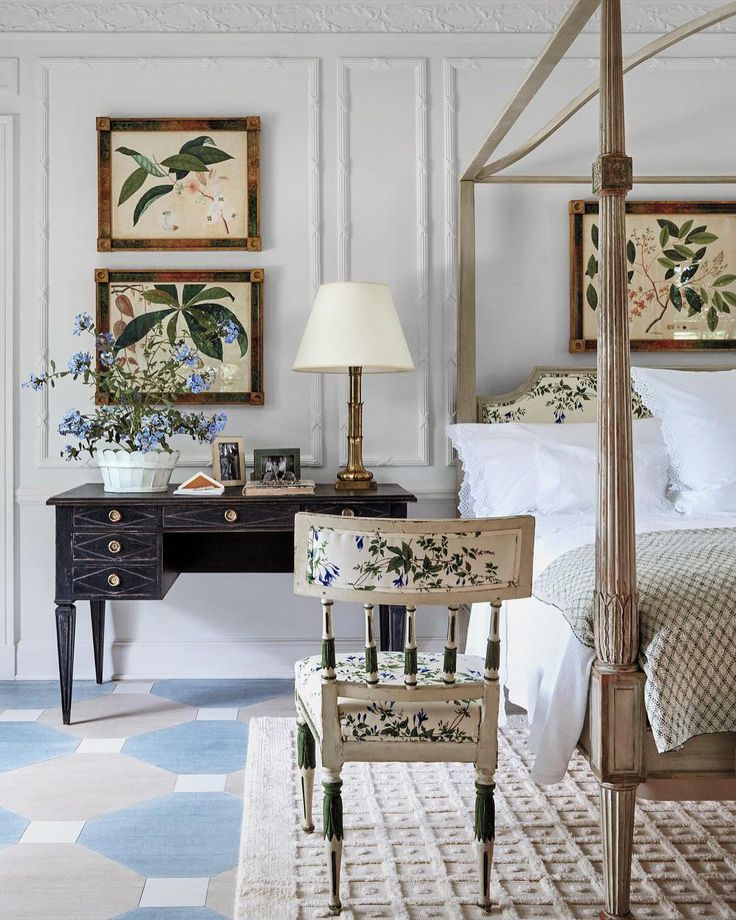 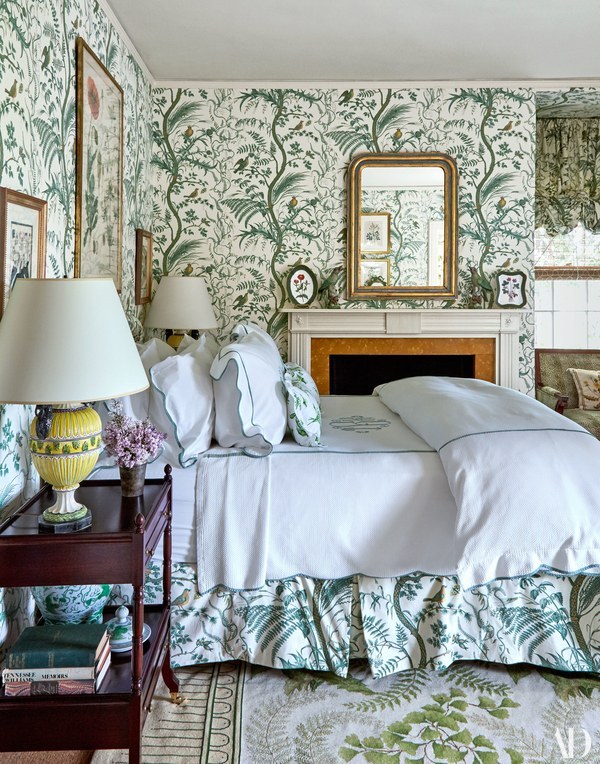 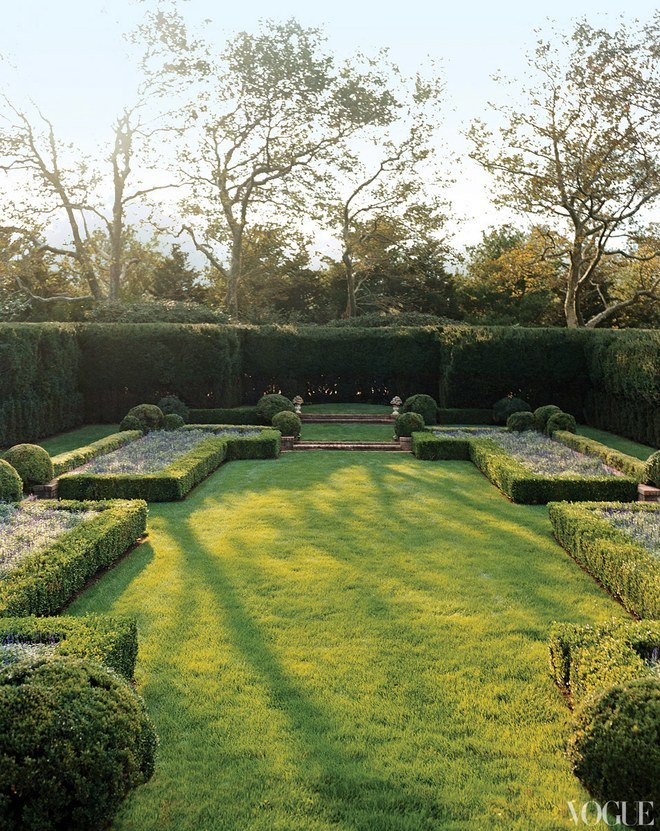 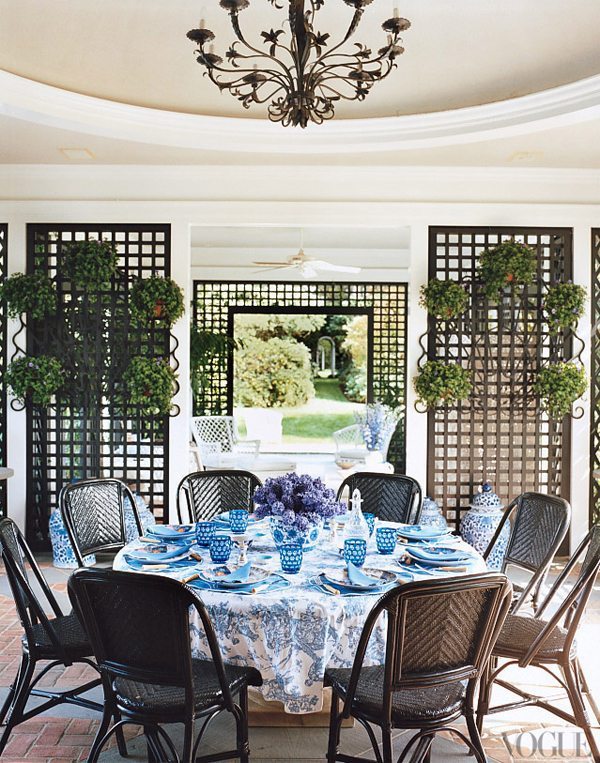 A table in the poolhouse dining rotunda is set with D. Porthault linens and Mottahedeh Tobacco Leaf china.
Photographed by François Halard 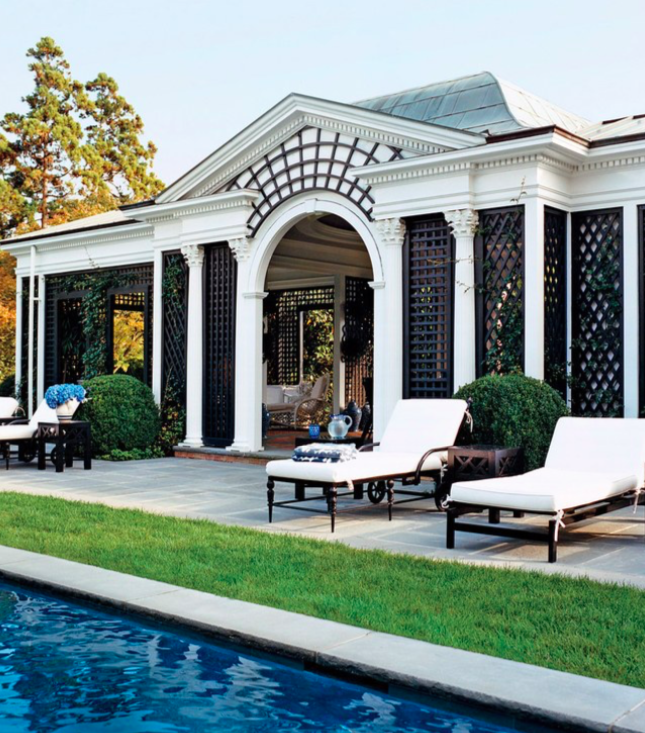 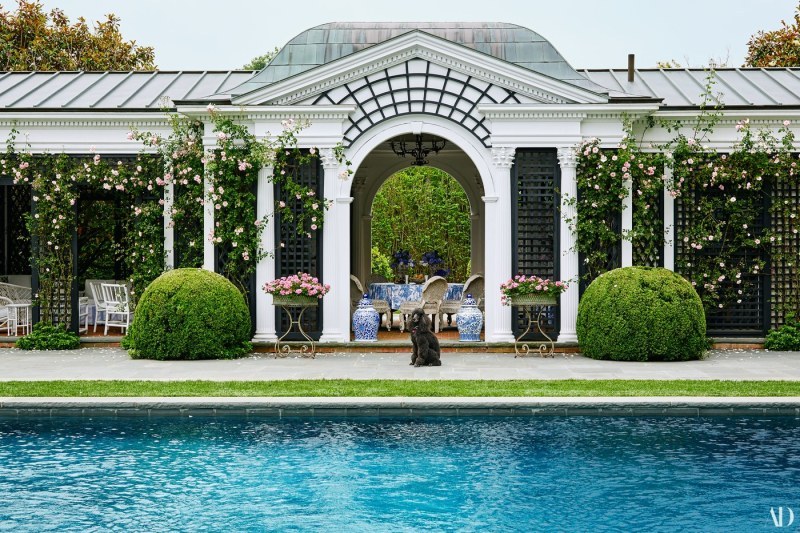