“If you’re all grown up, as you insist, then you’re old enough to recognize heat between a man and a woman. And it’s there between us. I’m not a saint, Saskia. I’m not one of your respectful human boys. If you ask me, I’m not going to be a gentleman.”

“Sainted bloody earth.” She’d finally found her tongue. Her cheeks still blushed pink, but her eyes were furious. “How is that no woman has killed you before now?”

Prince Philip at helm of his yawl, ‘Bloodhound’, during Cowes Regatta

“Great men speak secrets about themselves with nods and gestures, walking away from jokes about women rather than condemn the jokester; if with a woman, the turning of their head during a nude scene in a movie speaking volumes about their character without ever saying a word. It is a language foreign to women, but those that take the time to learn it find themselves knowing more about their man than by any other means.”

Anderson & Sheppard’s tailcoat worn by Fred Astaire in the 1937 film ‘Shall We Dance’. The tailcoat is on display in the Theatre & Performance Galleries of the V&A

From Polo Around The World at Panter & Hall

Captain Mack was one of three brothers who were all naval officers. Following a long and illustrious career which saw him serving in both World Wars, he was promoted to Rear Admiral in January 1943. He died tragically, at the age of 50, in April 1943 in a plane crash.

“If I weren’t a gentleman, I would pound you into the ground right now.” He unfisted his hands in order to dismiss the temptation.” 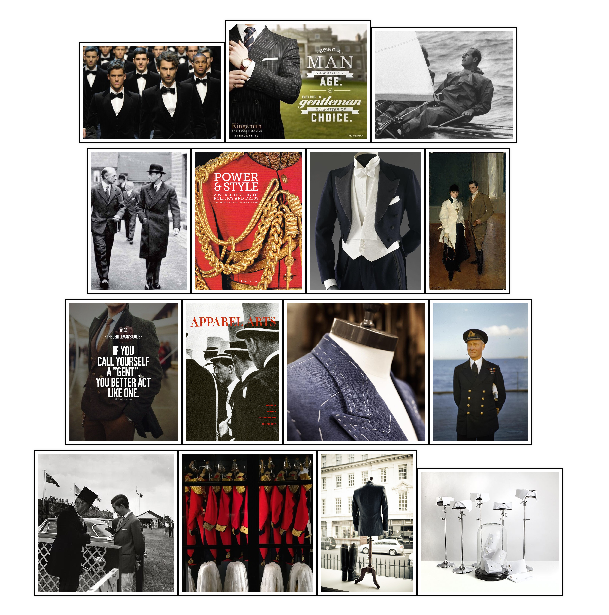