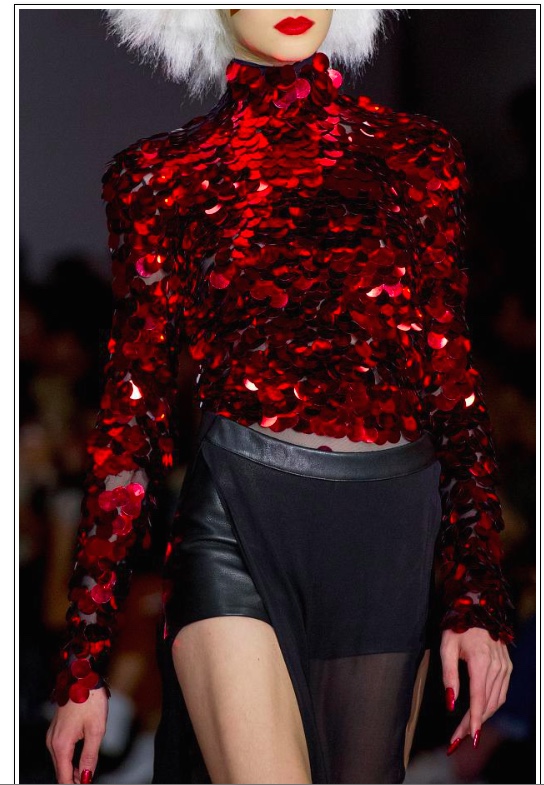 Review by Jessica Bumpas: VOGUE
“THE move to Soho’s Brewer Street car park might have come as a left-field surprise to some but it was a move positively embraced by Gareth Pugh, who last season returned to London having previously had a Paris hiatus.
“The idea of showing in Soho on a Saturday night was intoxicating,” he elaborated in his show notes, likening the central London spot to a rabbit hole, such was its effect on him when he first moved to London. And as a London enfant terrible himself, it simply did seem to be the perfect fit, music pumping, lights flashing and pennies beneath our feet as we sat down. Saturday night: the new going out? It’s going to a show, Gareth Pugh’s show.
What did he have in store? A troop of bad gals that hailed from Britain’s pleasure piers. Cue faces painted on over stretch masks, eyeshadow of epic proportions, wig hair to match; latex leggings, stiletto killer heels; candy stripes and sequin shorts.
These were wild creatures of the night alright and they were inviting you for a dance on the disco dance floor. Do you have your star-shaped shades at the ready? Your moves ready to break out? Lengths were lean for flares and jumpsuits, tailoring rendered in leather, and pennies making for a new take on a standard sequin.
All of that said, this was one of the most wearable offerings from Pugh yet – his previous nightmare-infused collections put to bed in favour of a big night out instead. Let’s dance.
With thanks to Mercedes Benz” 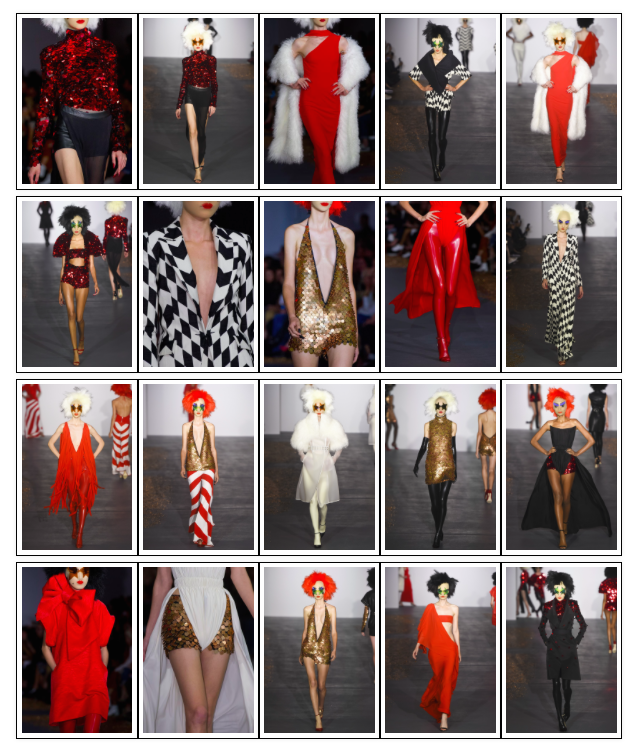