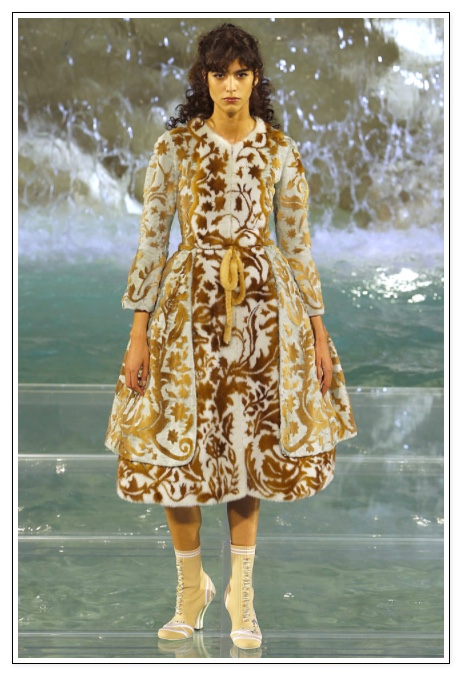 This collection is simply and completely wonderful. review by NICOLE PHELPS
“There are anniversaries, and then there are anniversaries. Last July, Fendi marked Karl Lagerfeld’s 50th year at the Italian house with a Paris haute fourrure show. The designer is famously averse to birthdays and anniversaries—“I don’t look back,” he’s fond of saying—but the house wasn’t going to let a milestone like its own 90th slip by quietly. With the couture shows wrapping up in Paris, Fendi shuttled guests by chartered plane to Rome for another haute fourrure show today. They secured the Trevi Fountain of La Dolce Vita fame for the event, fresh off a $2.4 million, one-and-a-half-year rehab. The fountains turned on, and the models started their march over a see-through runway built on top of its pools. It will go down as one of the most majestic show venues ever; few come close, but among them was Fendi’s 2007 show on the Great Wall.” 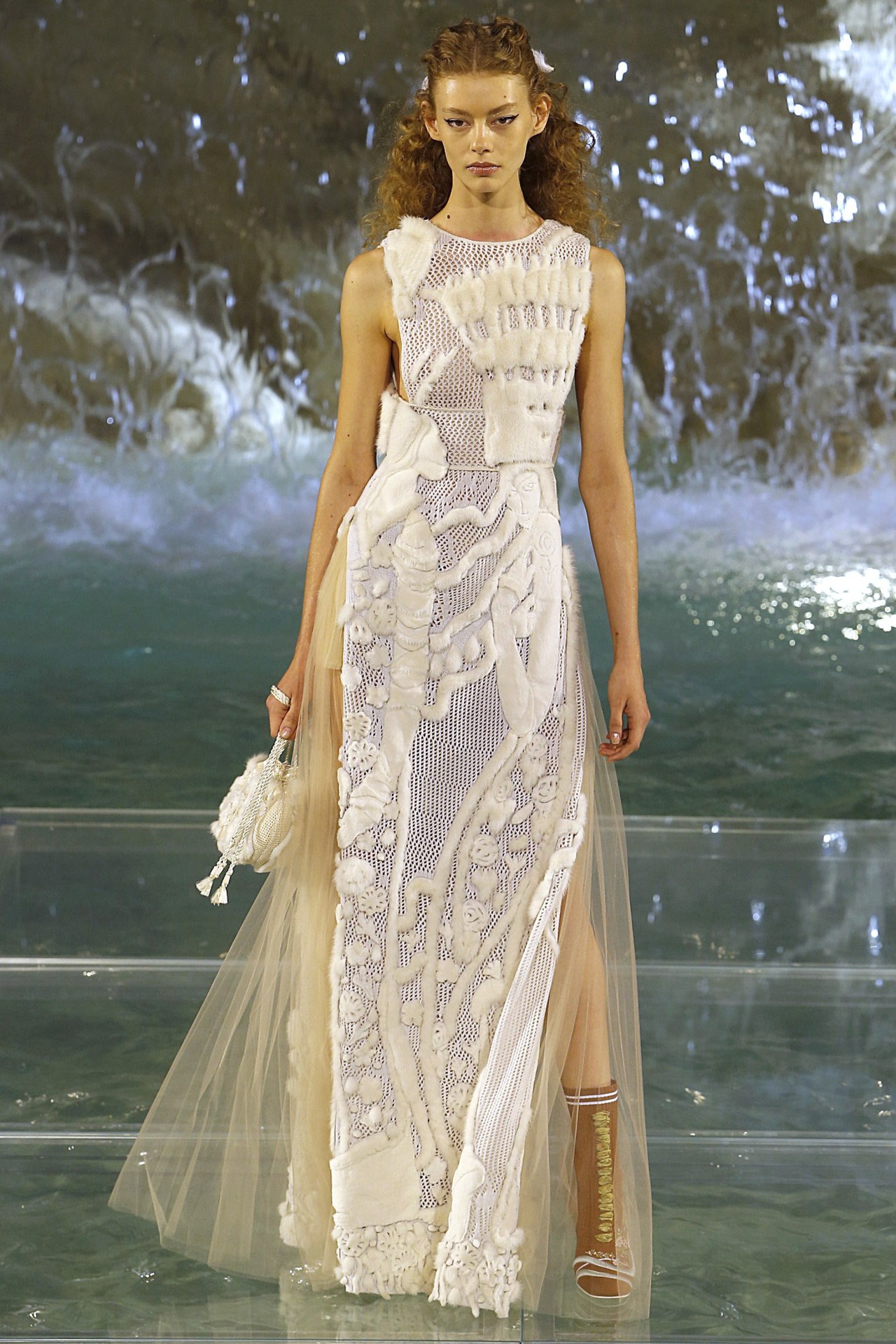 “If there was a drawback about this location, it was that the models weren’t nearly close enough for guests—Bernard Arnault and Maria Grazia Chiuri and Pierpaolo Piccioli among them—to appreciate the sensational workmanship that went into the show’s 46 looks. The 5,000 hand-cut holes that turned the rose-color Persian lamb of a long dress into lace. The lynx jacket that was too precious to dye, but was dyed a delicate shade of pink all the same. The absolutely miniscule squares of mink that took 1,200 work hours to stitch together mosaic-style into a magical forest scene. Crocheted dresses on a base of tulle were embroidered with swatches of long-hair mink and fringed leather, while lace dresses were appliquéd with flowers hand-cut from sheared mink. Pull them off the rack, as a Fendi rep did at a press conference, and they felt almost weightless, evanescent even. “This is what Fendi is all about. No other fur house in the world does it, or could do it,” Lagerfeld said in an interview.” “Savoir faire is one thing, but the spirit of the collection was enchanting, as well. Lagerfeld found his starting point in a 1914 book of fairy tales, East of the Sun and West of the Moon, illustrated by the Danish artist Kay Nielsen. Several of his illustrations directly inspired individual pieces. “It was in a way the mood of my childhood, the Northern fairy tales,” Lagerfeld explained of why he chose the book. Milestone aside, Lagerfeld doesn’t really go in for nostalgia. “I called the show Legends and Fairy Tales,” he went on, “because it’s a collection that doesn’t relate to everybody like ready-to-wear, this is very special for people who have a special kind of life.” He’s made princess coats for princesses—quite literally in the case of a mink with a princess intarsia on its back. It’s a testament to Lagerfeld’s talent, and that of the Fendi ateliers, that the results are so absolutely winsome.” 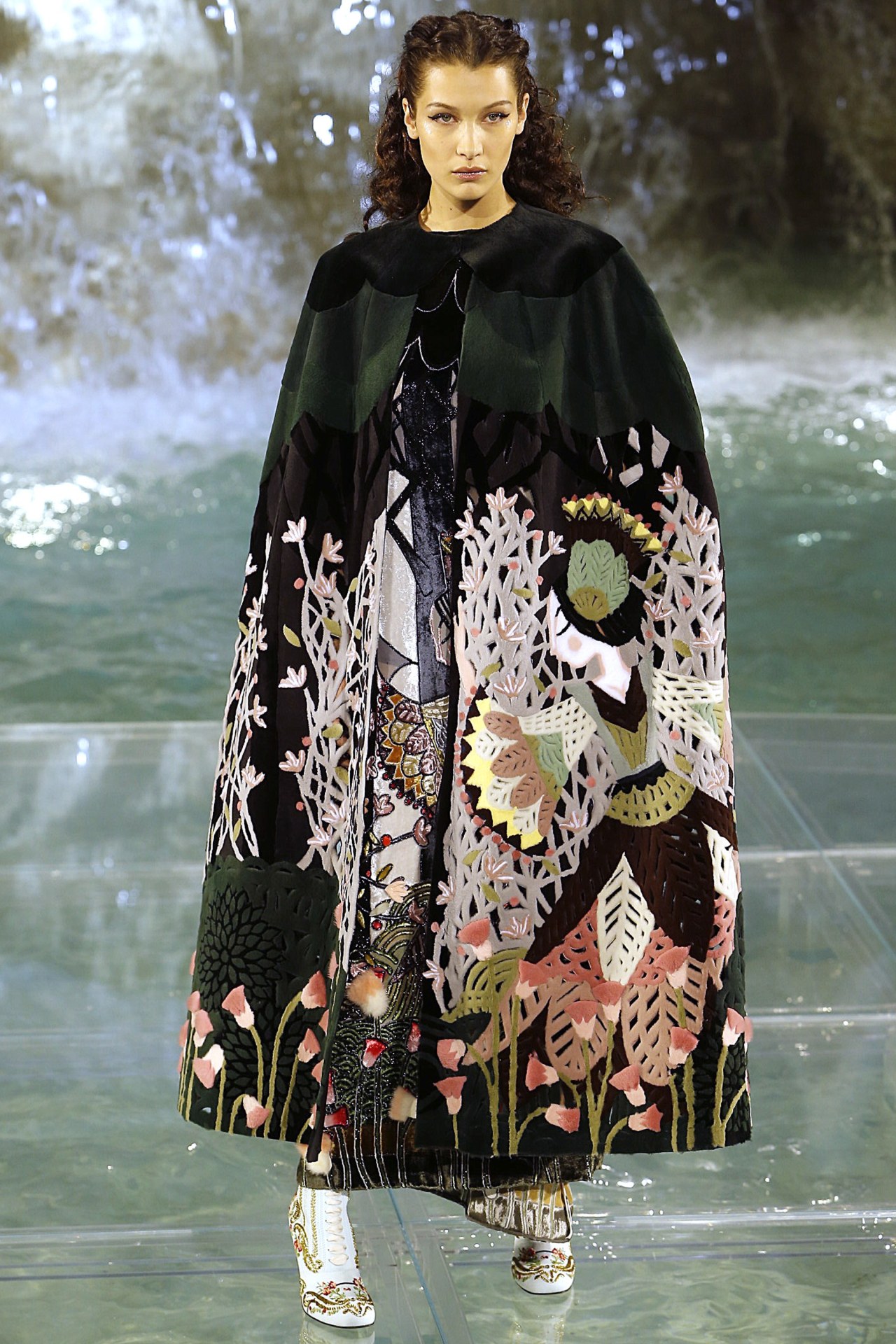 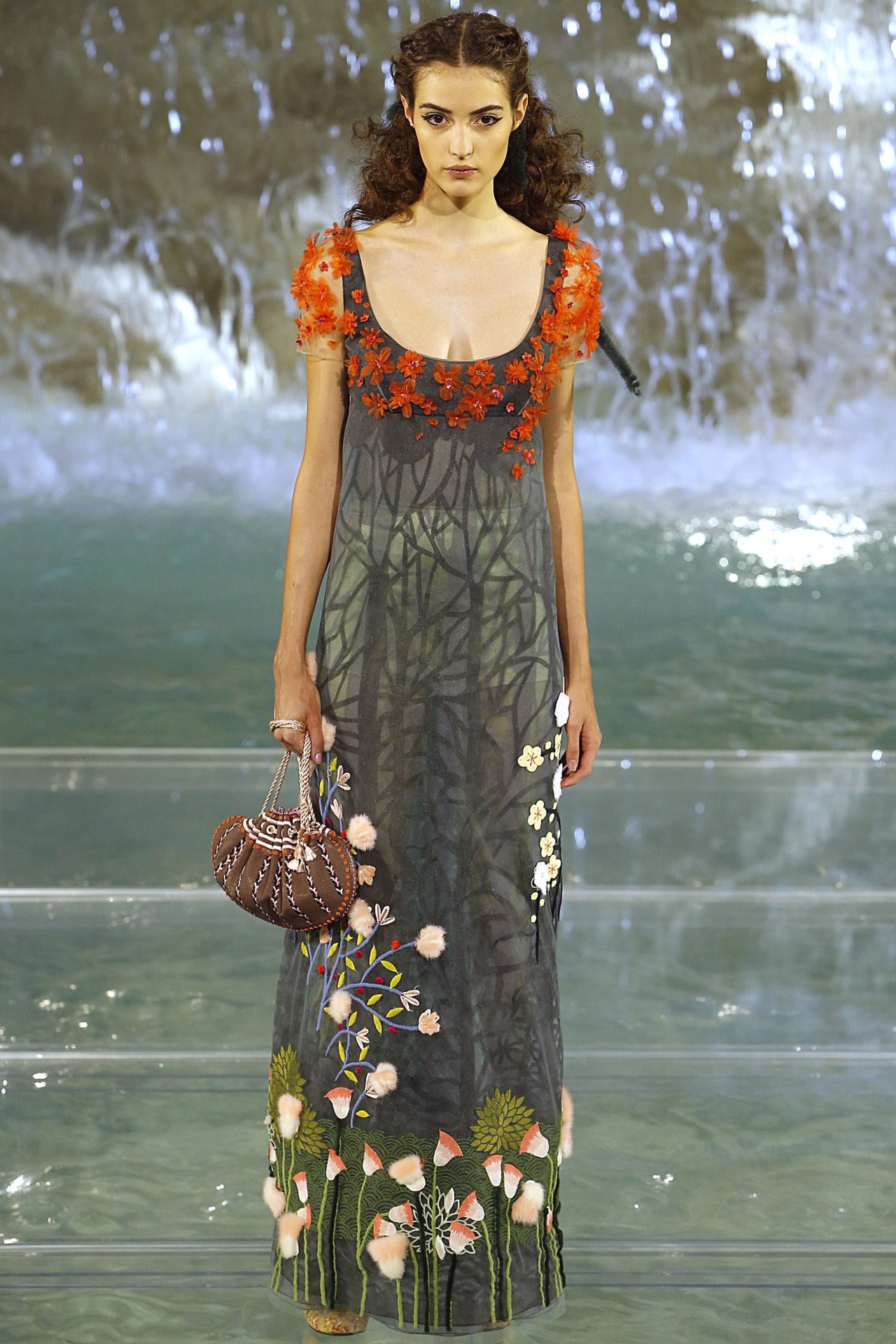 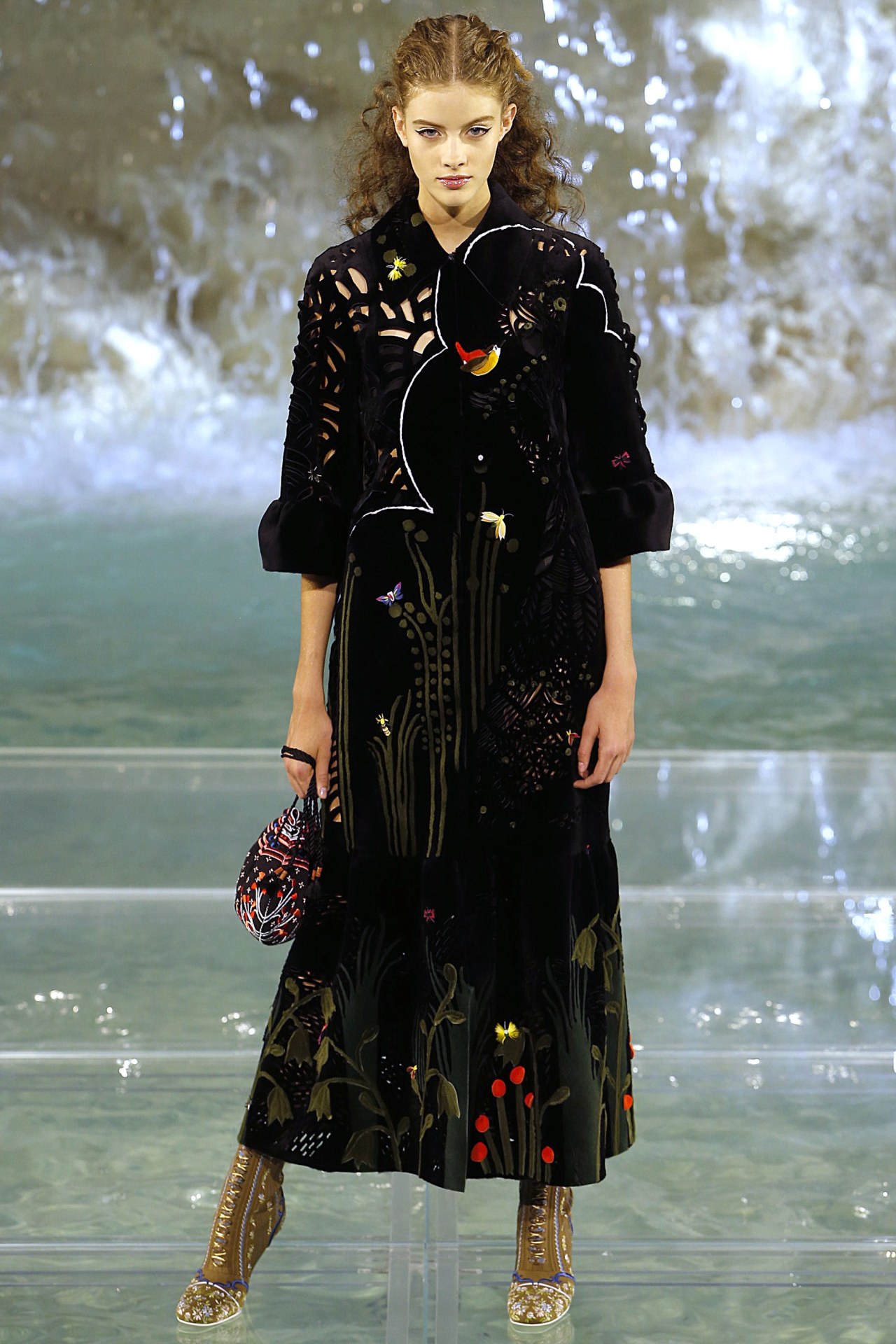 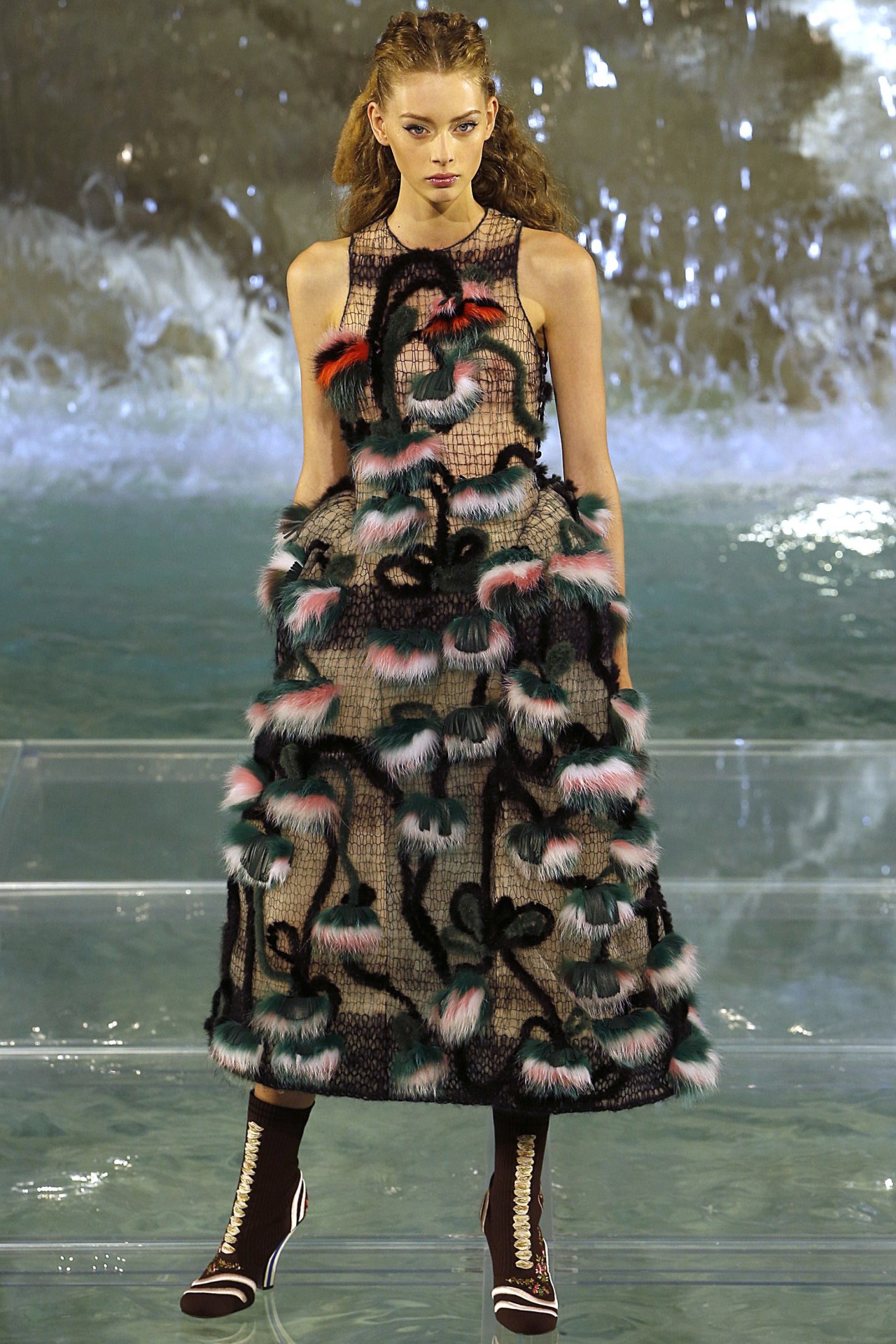 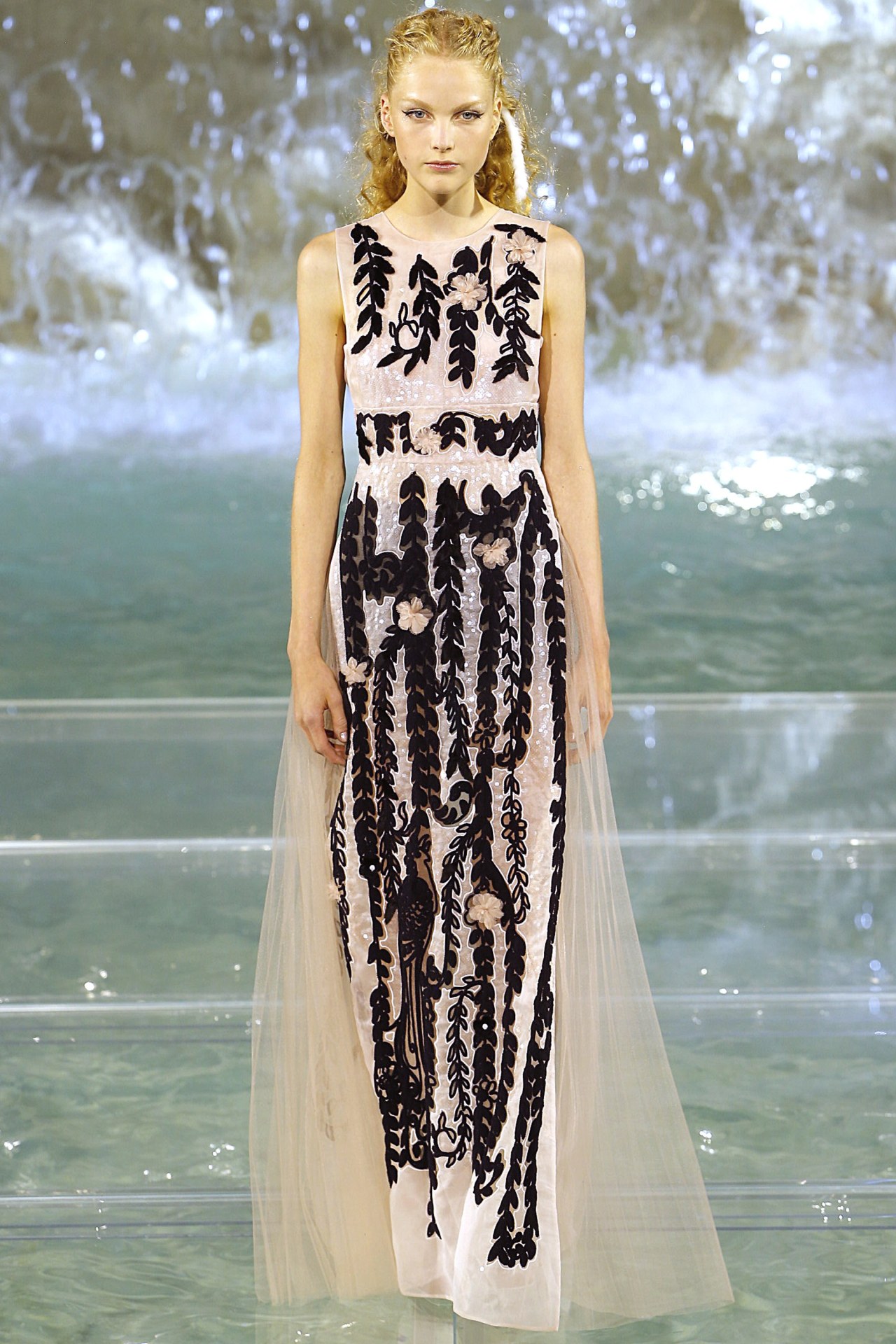