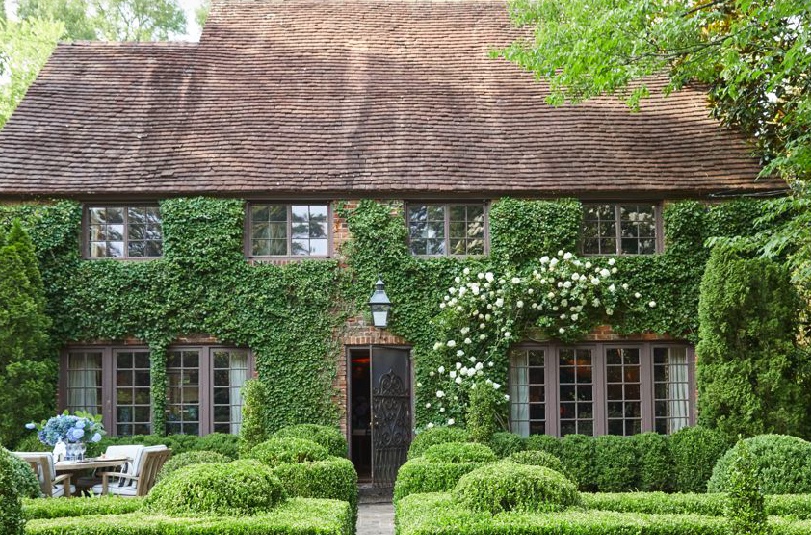 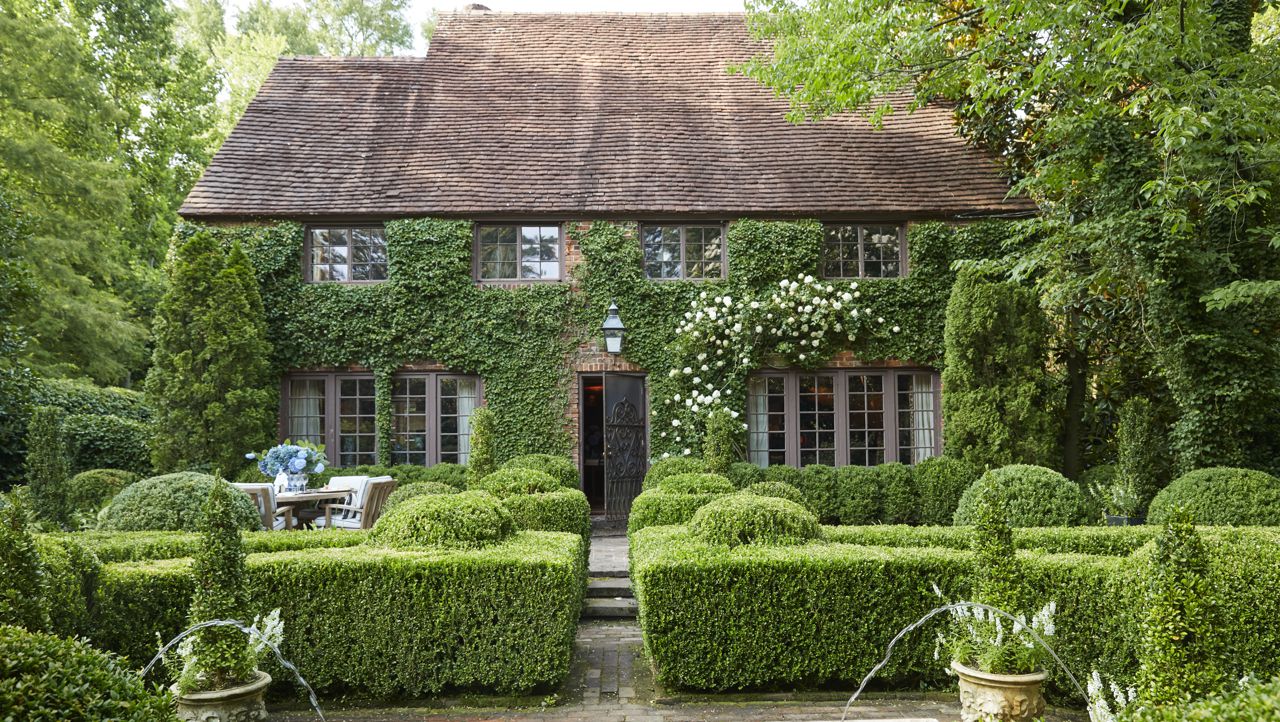 The decorator William Eubanks has created sumptuous, sophisticated interiors for well-heeled clients internationally, but the city of Memphis, Tennessee, will always have an ancestral claim on him. After all, he was born and raised there and has never entirely pulled up stakes. 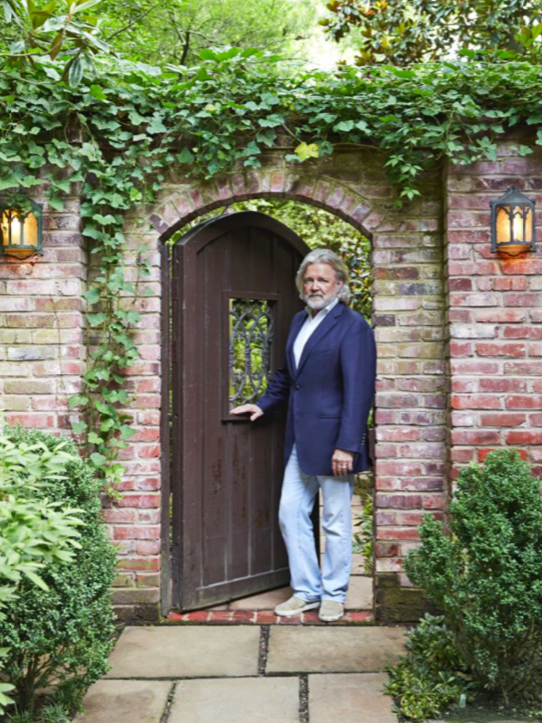 His work has landed him for spells in New York and elsewhere, but his workrooms remain in Memphis, not to mention his harlequin Great Dane puppy, a dead giveaway that his heart won’t relocate. 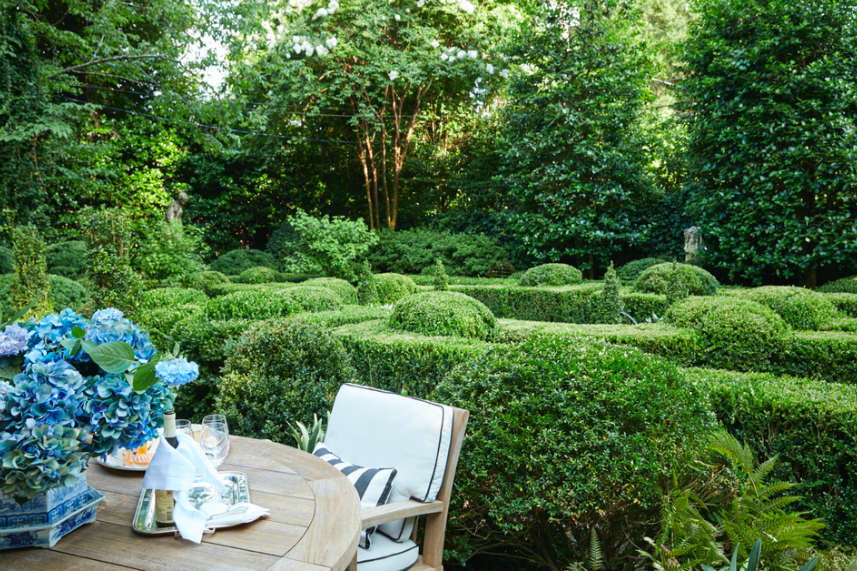 Until 2004, he lived there in a vast Jacobean manor house—the fabled Carrier Hall—done up to the nines.
But when he recently decided to spend most of the year in Palm Beach, he sold that princely pile and downsized to Edgewood House, a 4,000-square-foot Tudor he co-owns with his longtime friend John Ferguson. “It has such a romantic sensibility,” says Eubanks, an Anglophile to the core. “I had my eye on it for years. It looks as if it was plucked right out of Kent.” 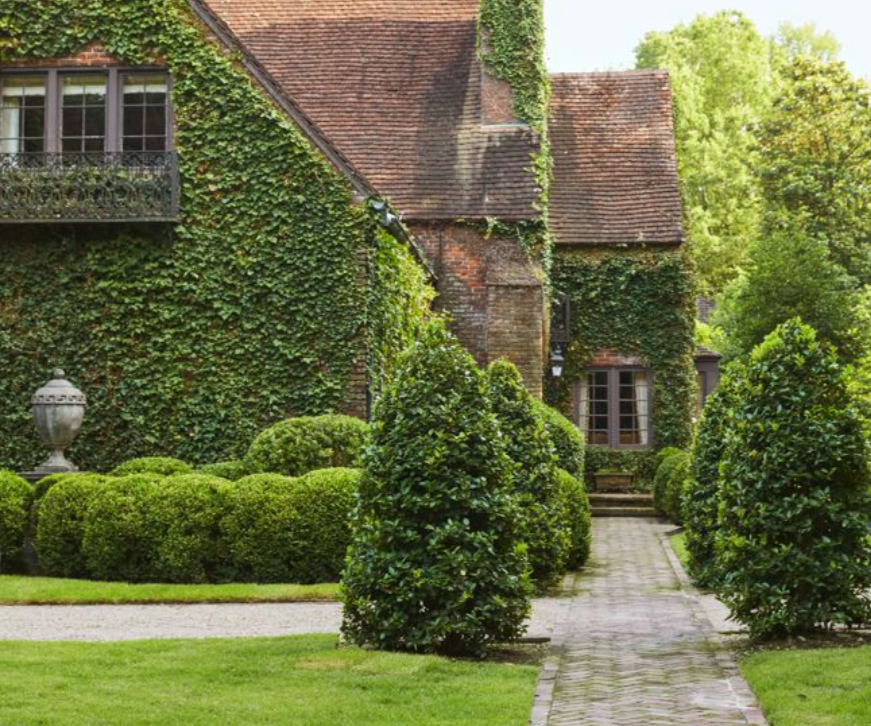 Charmingly blanketed in ivy, creeping fig, and white O’Hara climbing roses, the 1920s cottage is endowed with a 40-by-25-foot drawing room with a beamed ceiling that lends it coziness rather than grandeur. 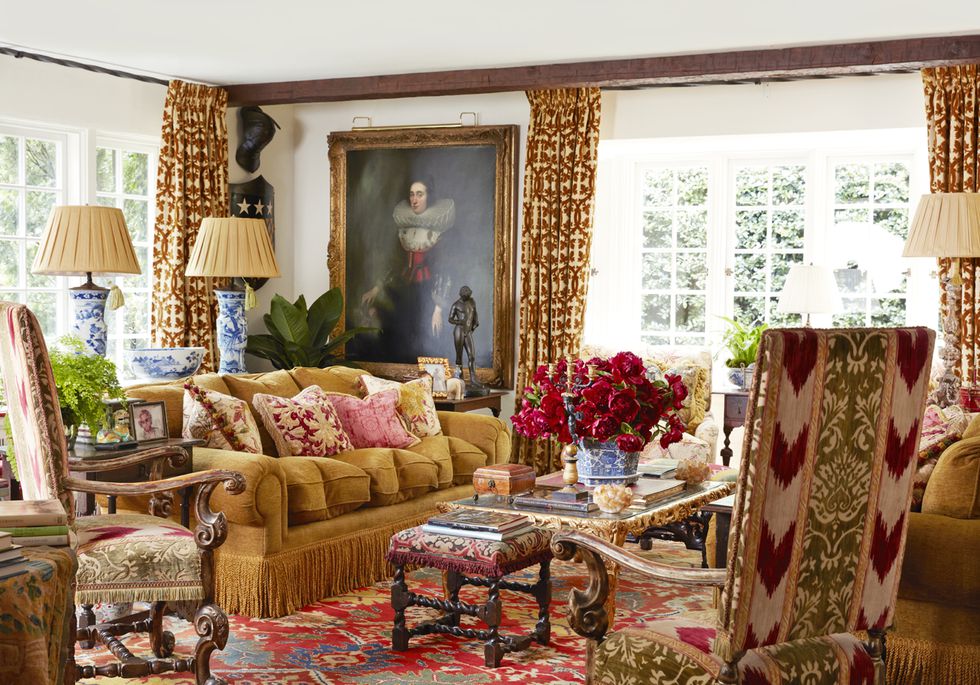 But he made up for that in the decorating. Eubanks has filled it with a distillate of favorite pieces, every one of them grand: vast European portraits glinting with chiaroscuro; Sultanabad and Oushak carpets in saturated, bright colors; and overstuffed linen velvet sofas skirted with bullion fringe. 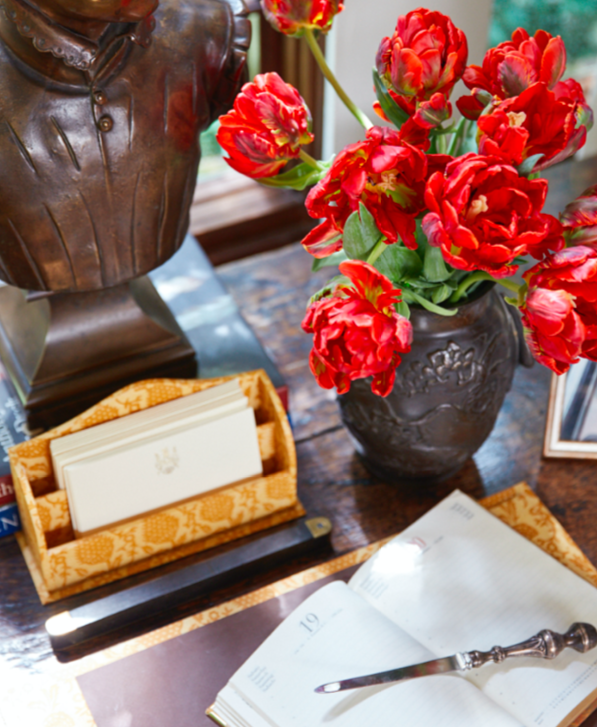 It is high-calorie decorating, to be sure, in rich golds, oranges, reds, and blues, the same colors seen flickering in the roaring fires Eubanks builds under his cherished portrait of the Earl of Leicester. 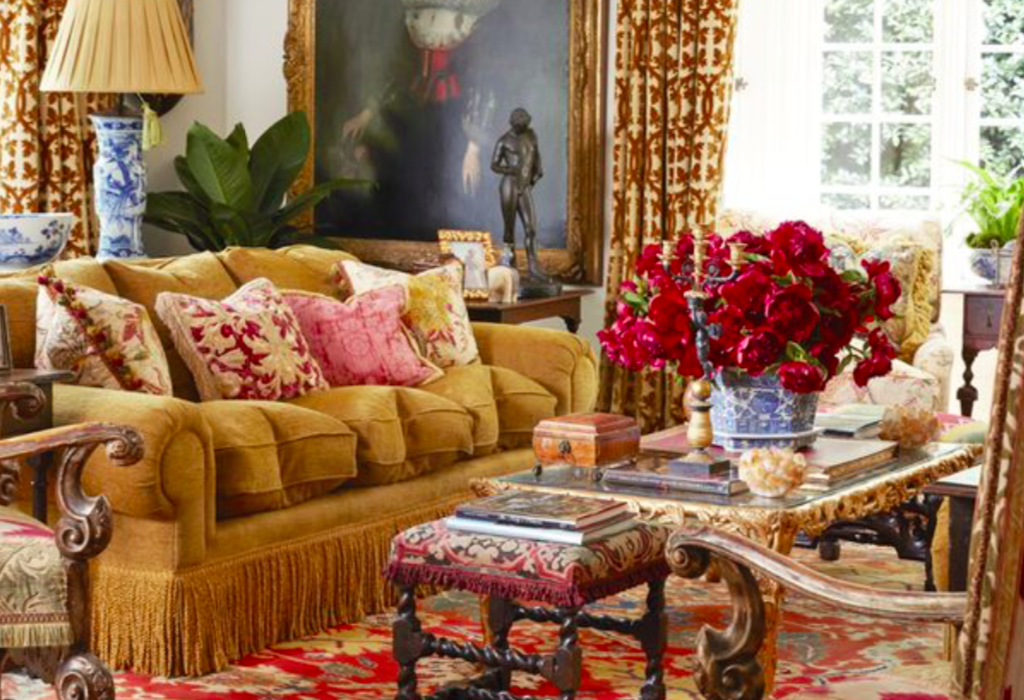 “It means I’m never alone,” he says of his many paintings of European monarchs and aristocrats. “Sometimes I open a bottle of wine and talk to them.” 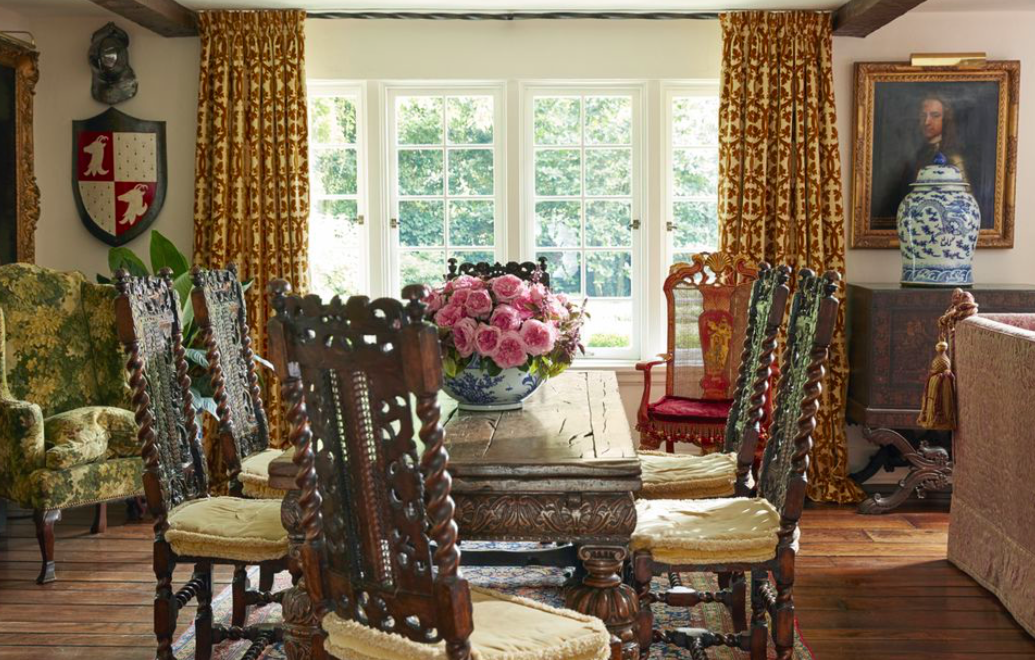 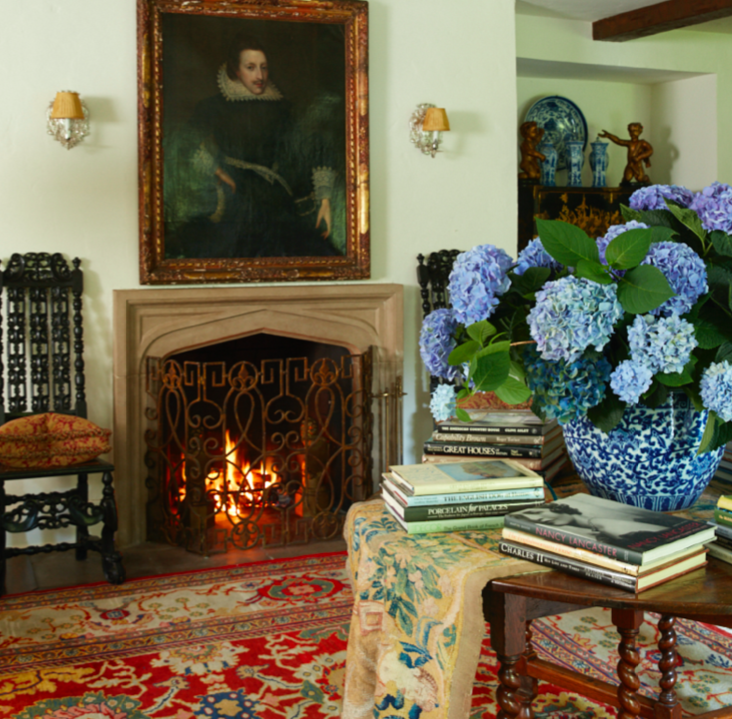 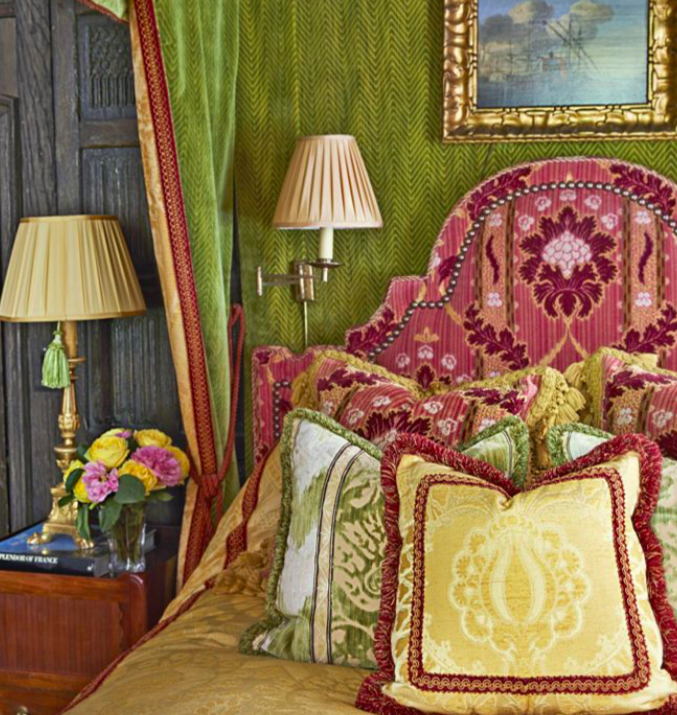 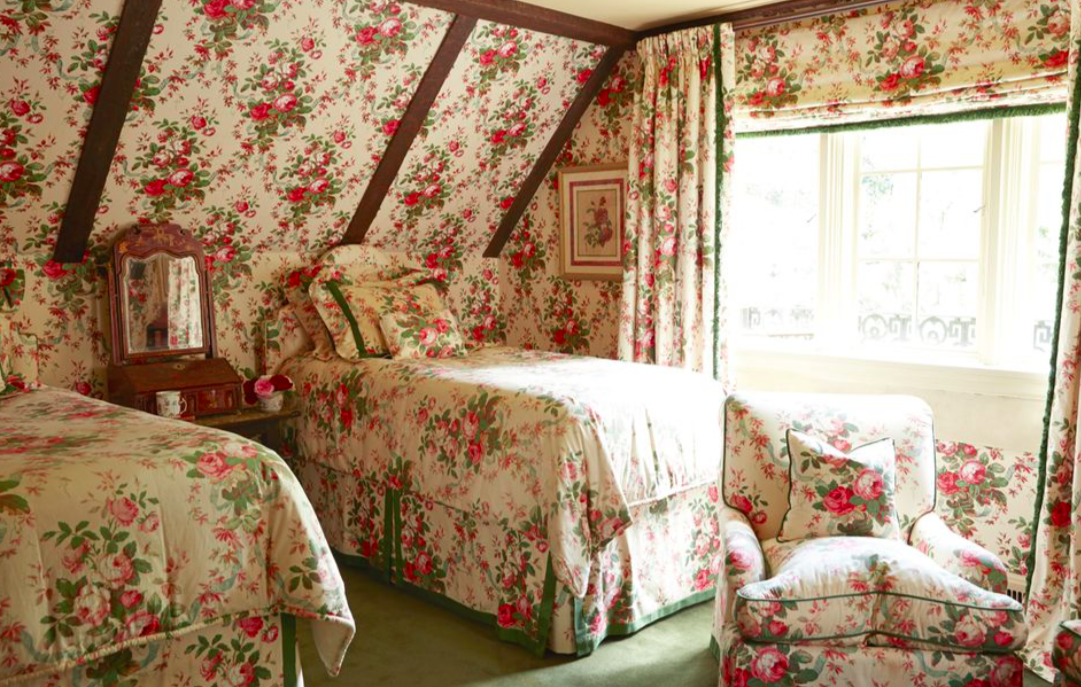 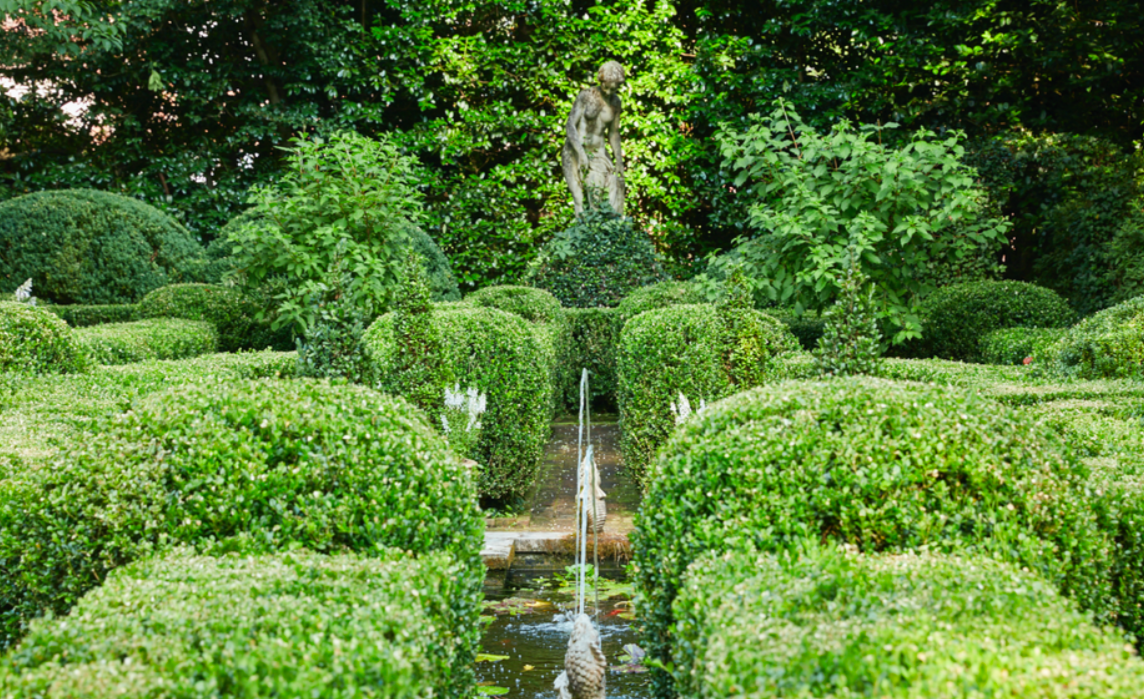 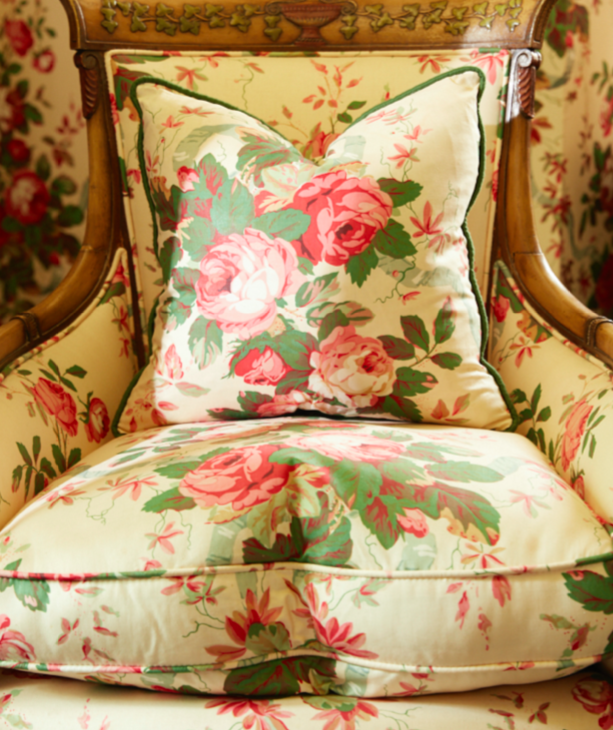 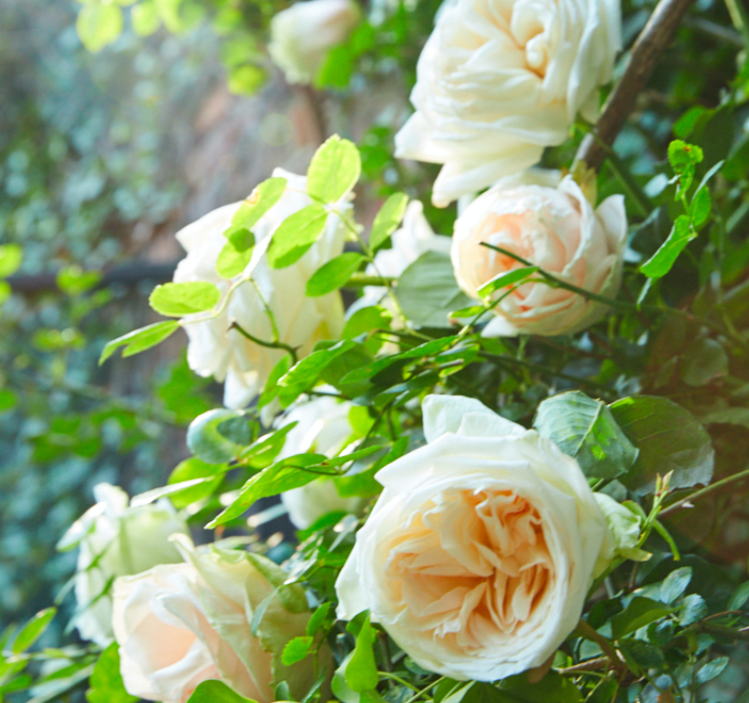 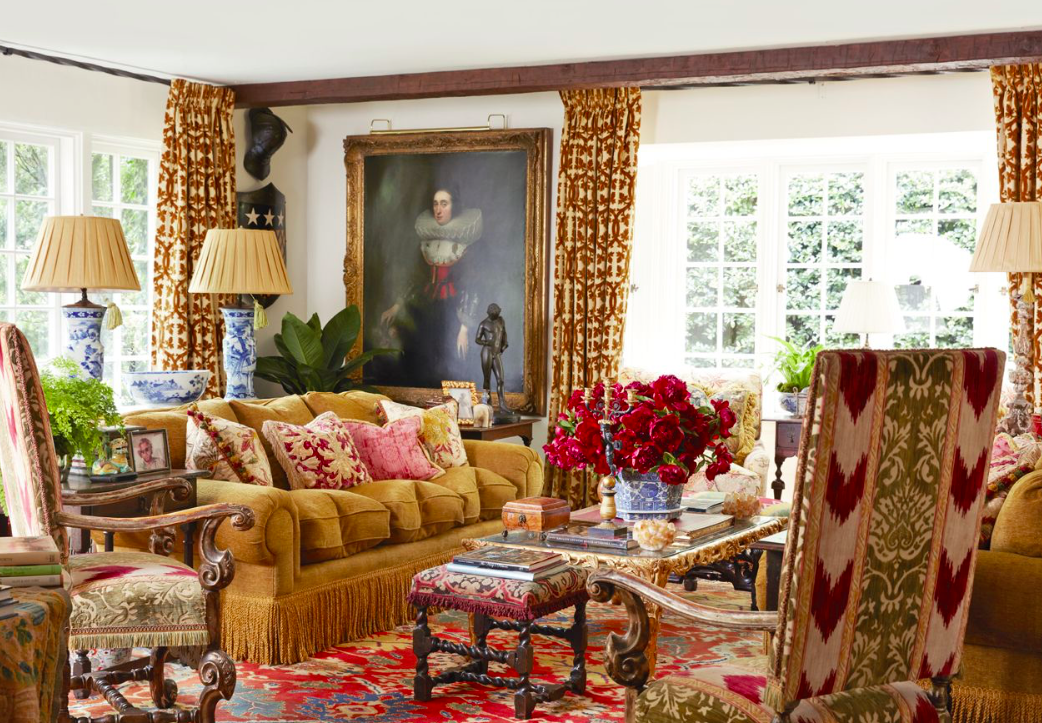 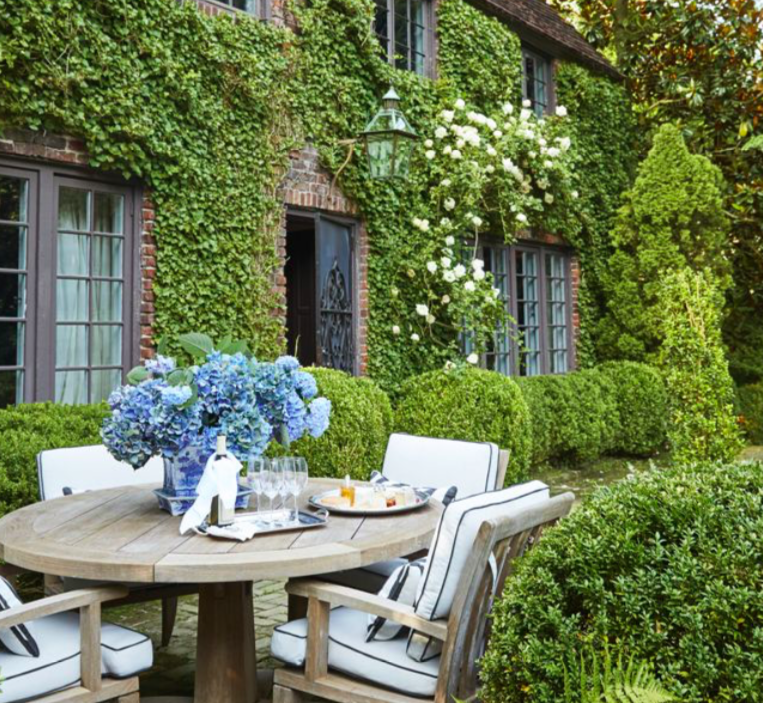