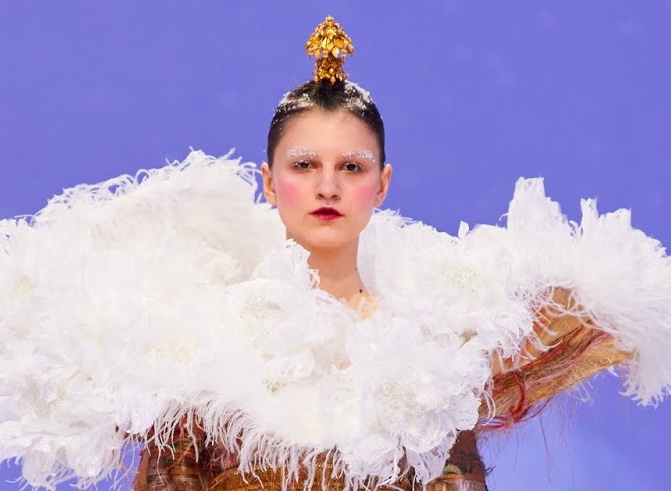 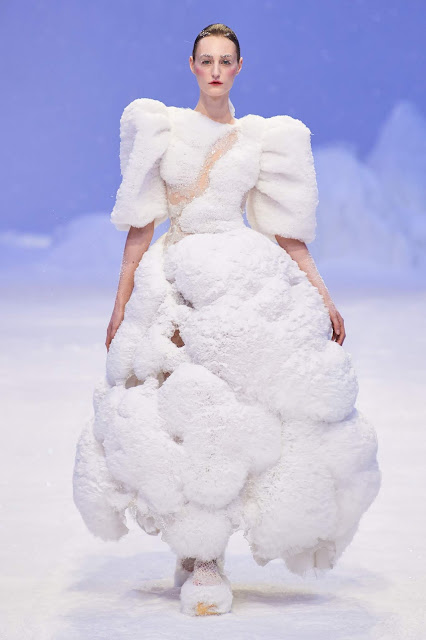 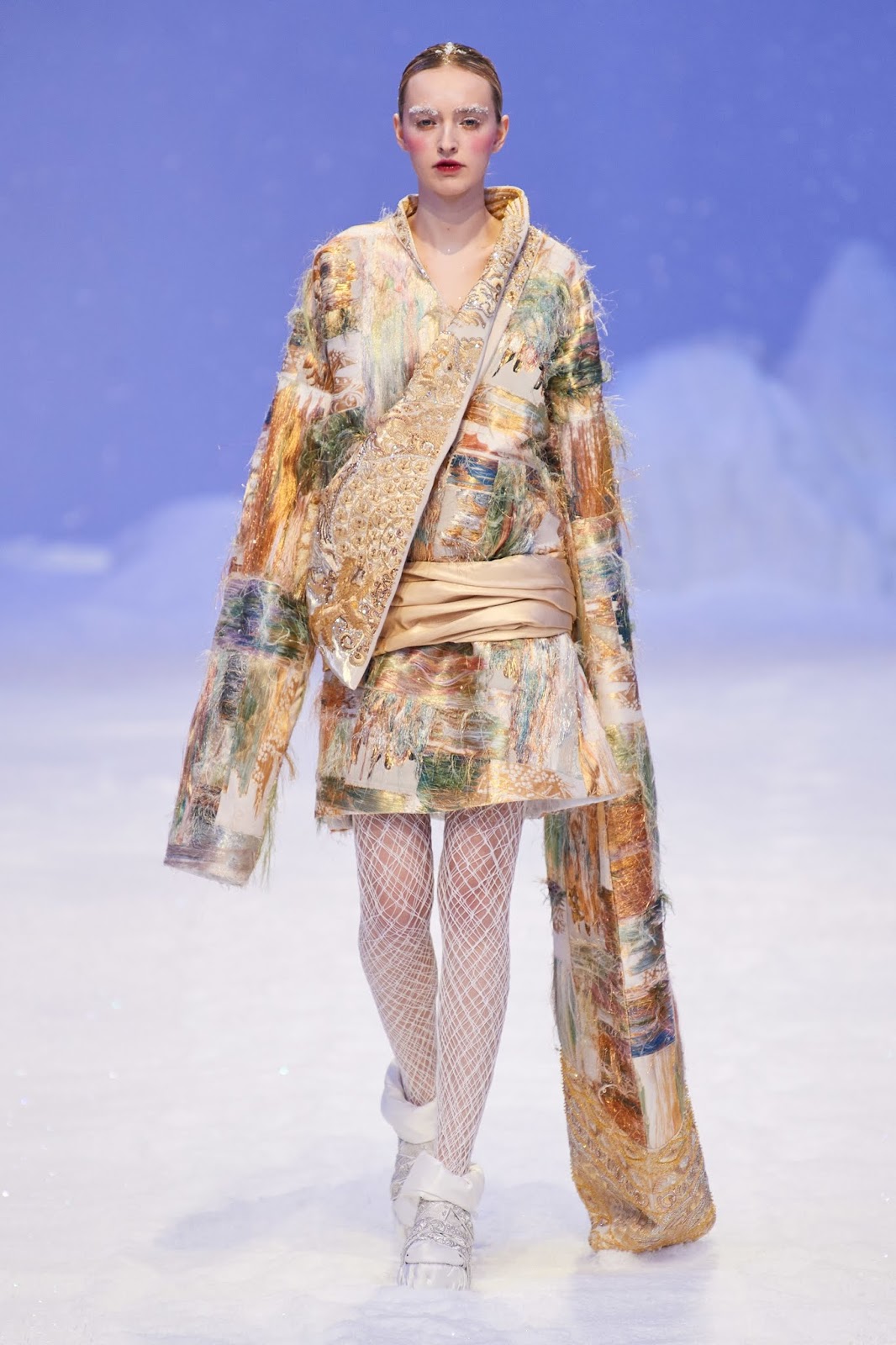 REVIEW BY: TIZIANA CARDINI
Guo Pei inhabits a creative universe all her own, where unbridled imagination meets arcane symbology in clothing that is both sumptuously opulent and theatrical. All this hyperbole, though, can’t even come near to describing the sense of wonder one experiences when inspecting her creations up close. The savoir faire of her Beijing-based ateliers is stellar. For this couture collection, Guo had us traveling to the snowcapped peaks of the Himalayas. It’s not the most summery of destinations for a spring couture collection, but she seemed unconcerned by such mundane considerations. As she tells it, the Himalayas are a holy place, the residence of the gods and the sacred temple of the soul, where the spirit soars to reach the divine. 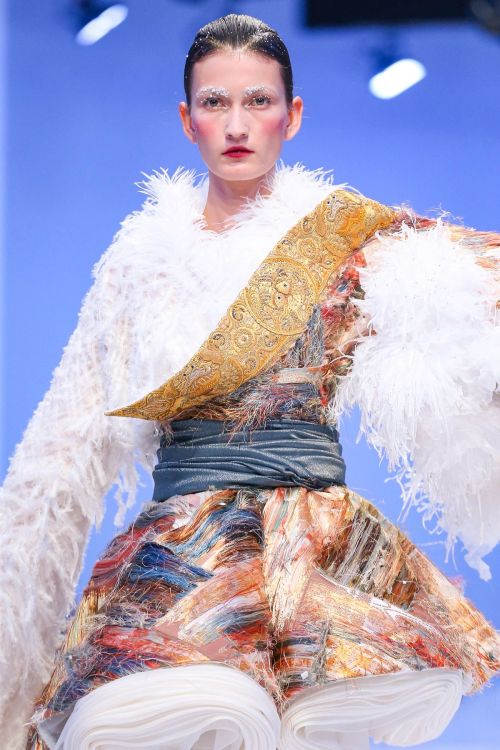 Never mind that Guo herself has never been to the Himalayas. “What I’m presenting in the show is just my own interpretation of this mysterious, spiritually powerful place,” she said, speaking through her daughter who served as a translator. 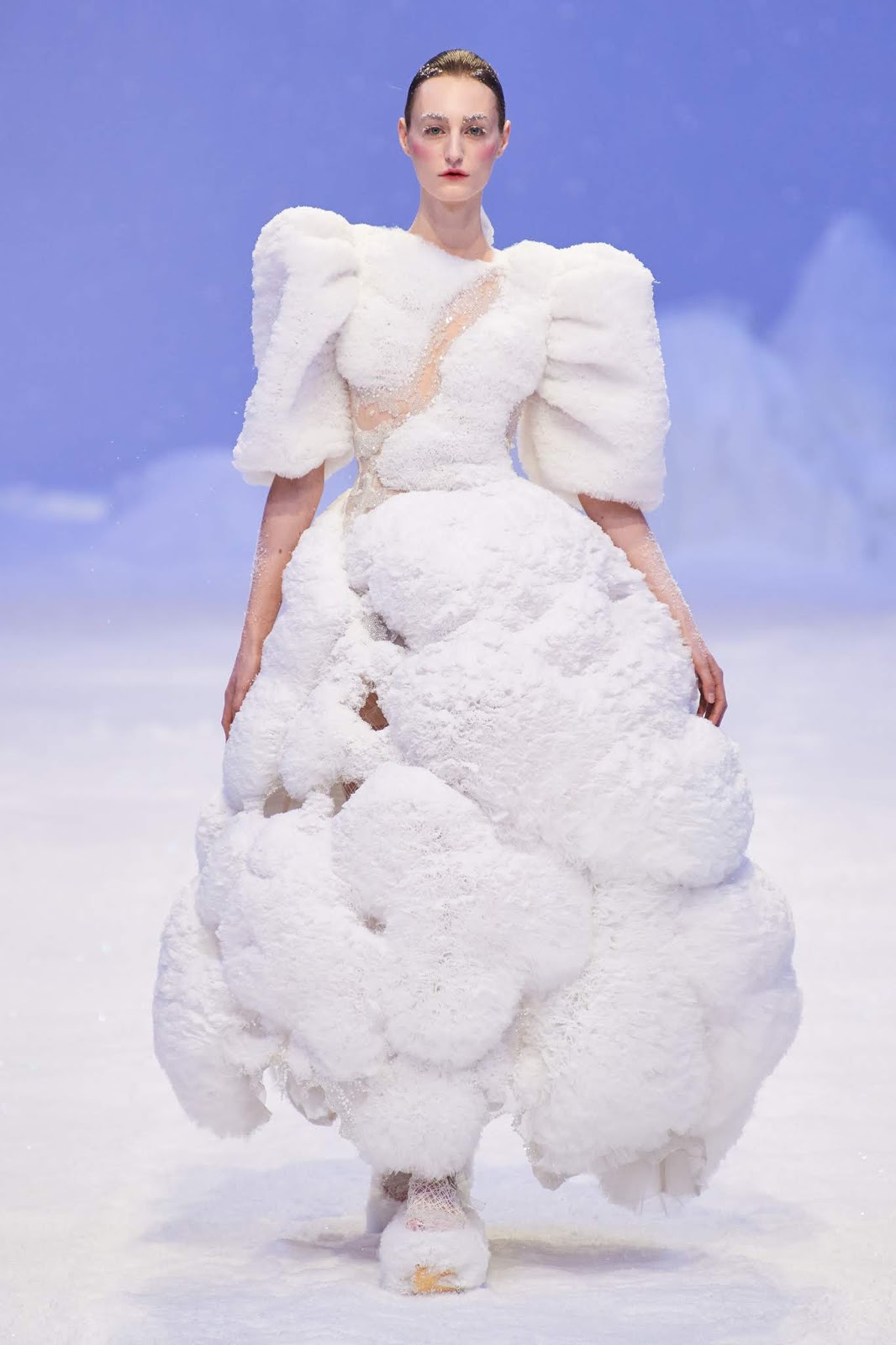 “When I was young, in my heart haute couture was like the Himalayas, the pinnacle of the pyramid for me.” In her case, the summit has definitely been reached: She is a megastar designer in China, was listed as one of Timemagazine’s 100 most influential people in 2016, and—you might remember—dressed Rihanna for the 2015 Met Ball. The Himalayan gods are already smiling on her, and with exceptional ateliers at her disposal, the Himalayan skies aren’t even the limit. 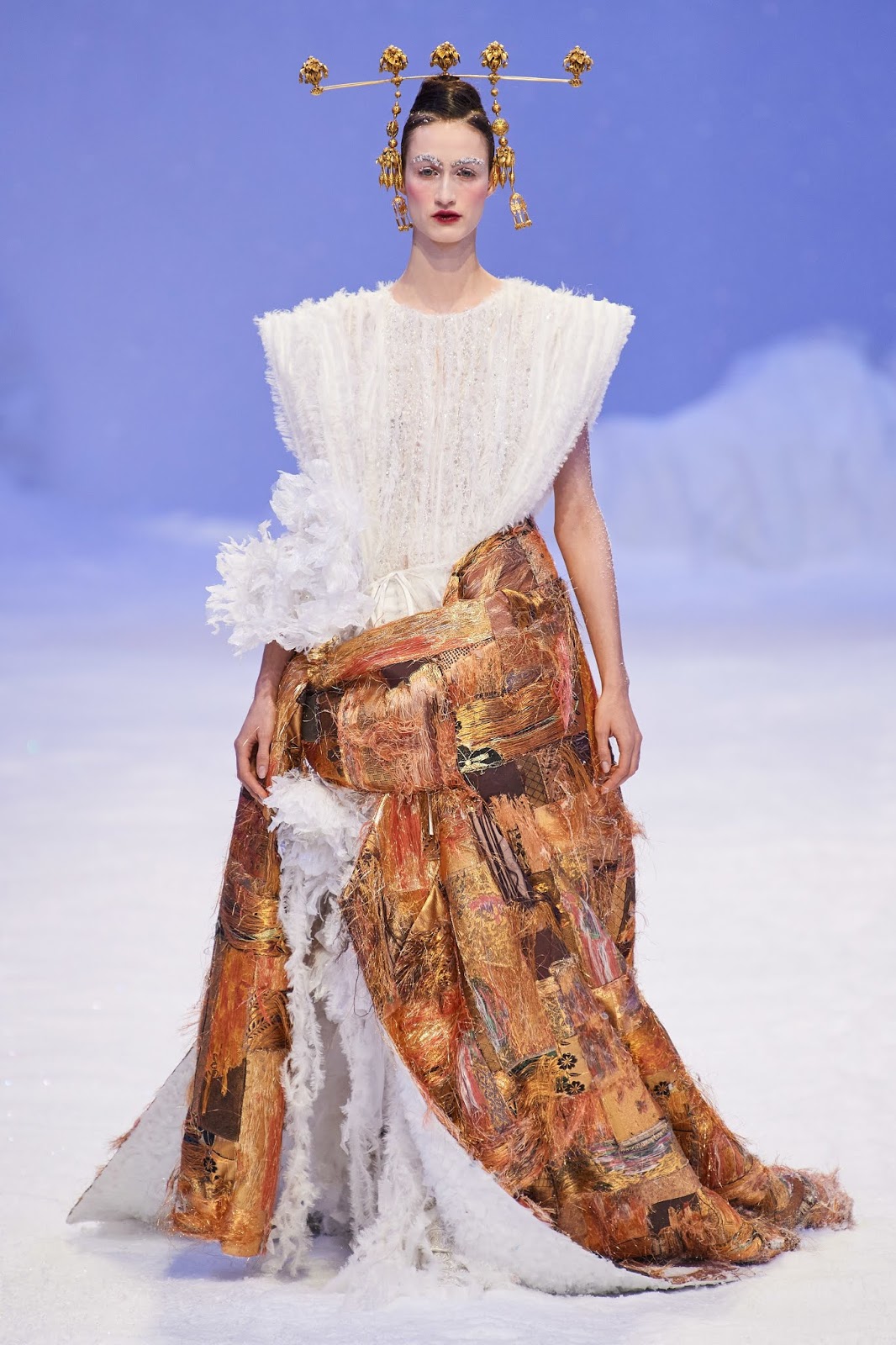 Guo has a love for antique textiles, which she collects and often reworks in her collections. “The Himalayas have been there since the beginning of time,” she mused. “I wanted to use textiles as antique as possible to give a sense of permanence.” 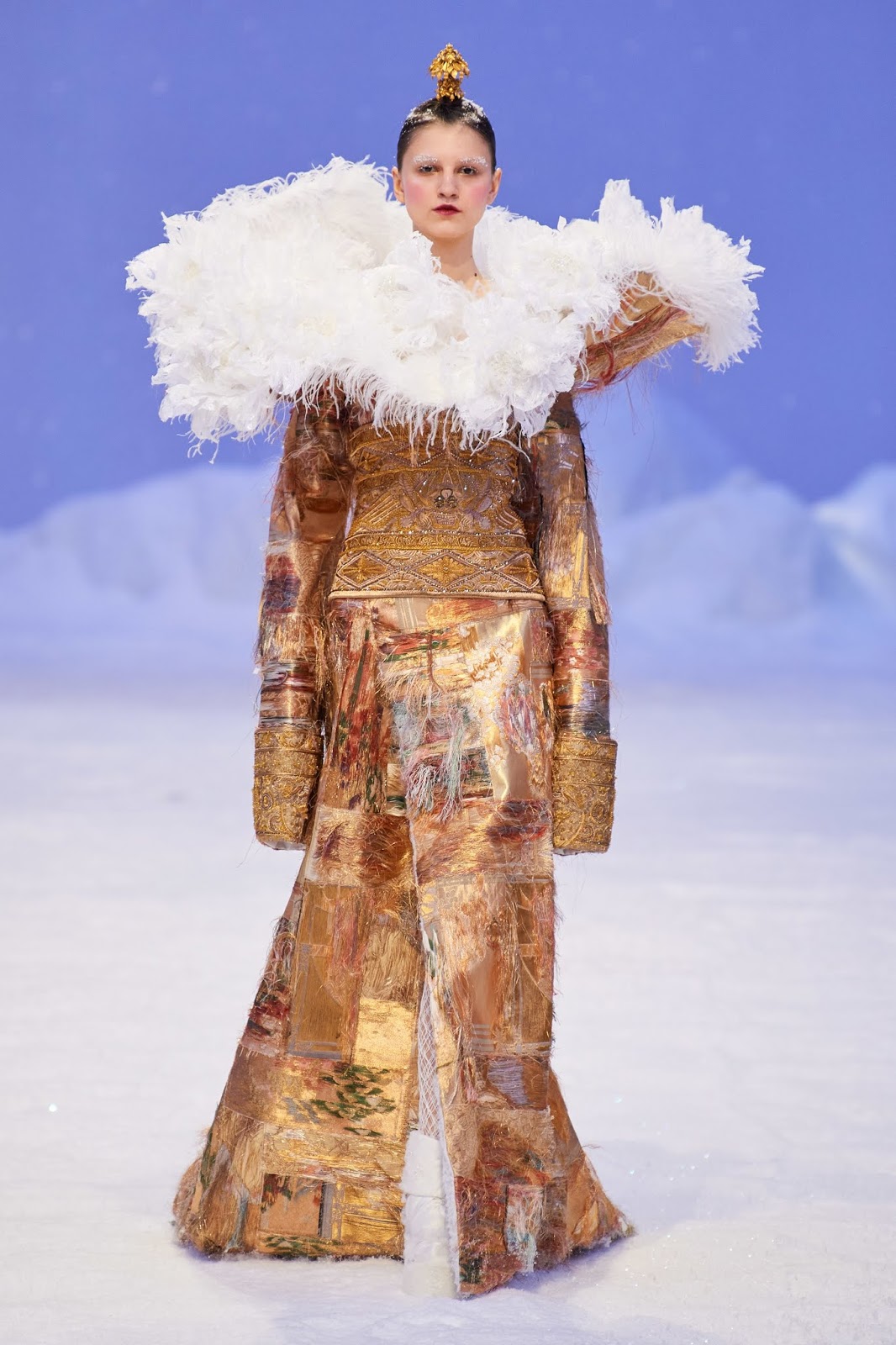 She sourced rare obi fabrics from Japan that she magically transformed; hundreds of precious silk kimono belts were cut into squares and reassembled on their reverse side, exposing the yarn in an amazing, beautifully nuanced fringed texture. “It’s a mysterious design,” she said. “It can be read in so many different ways.” 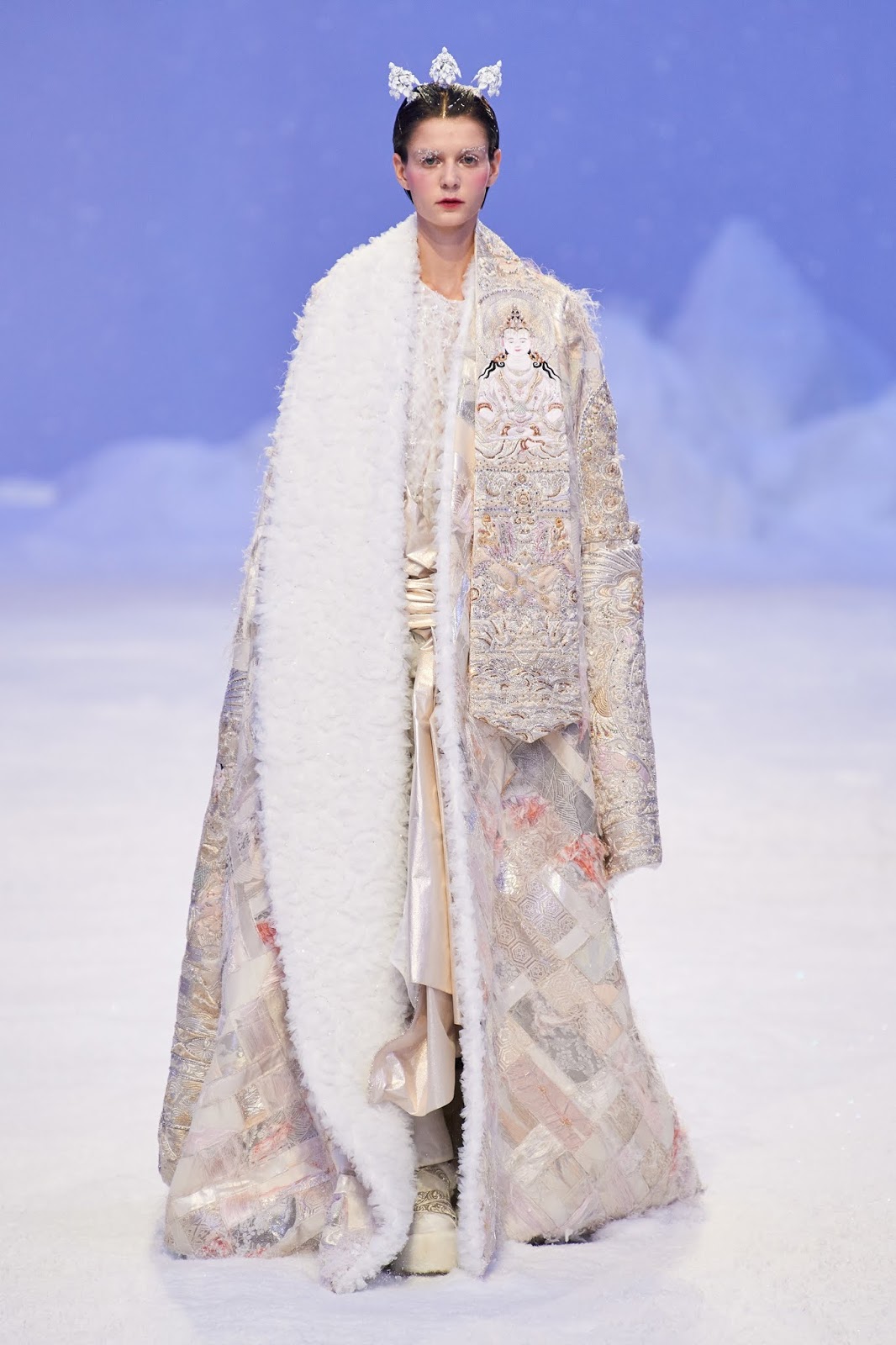 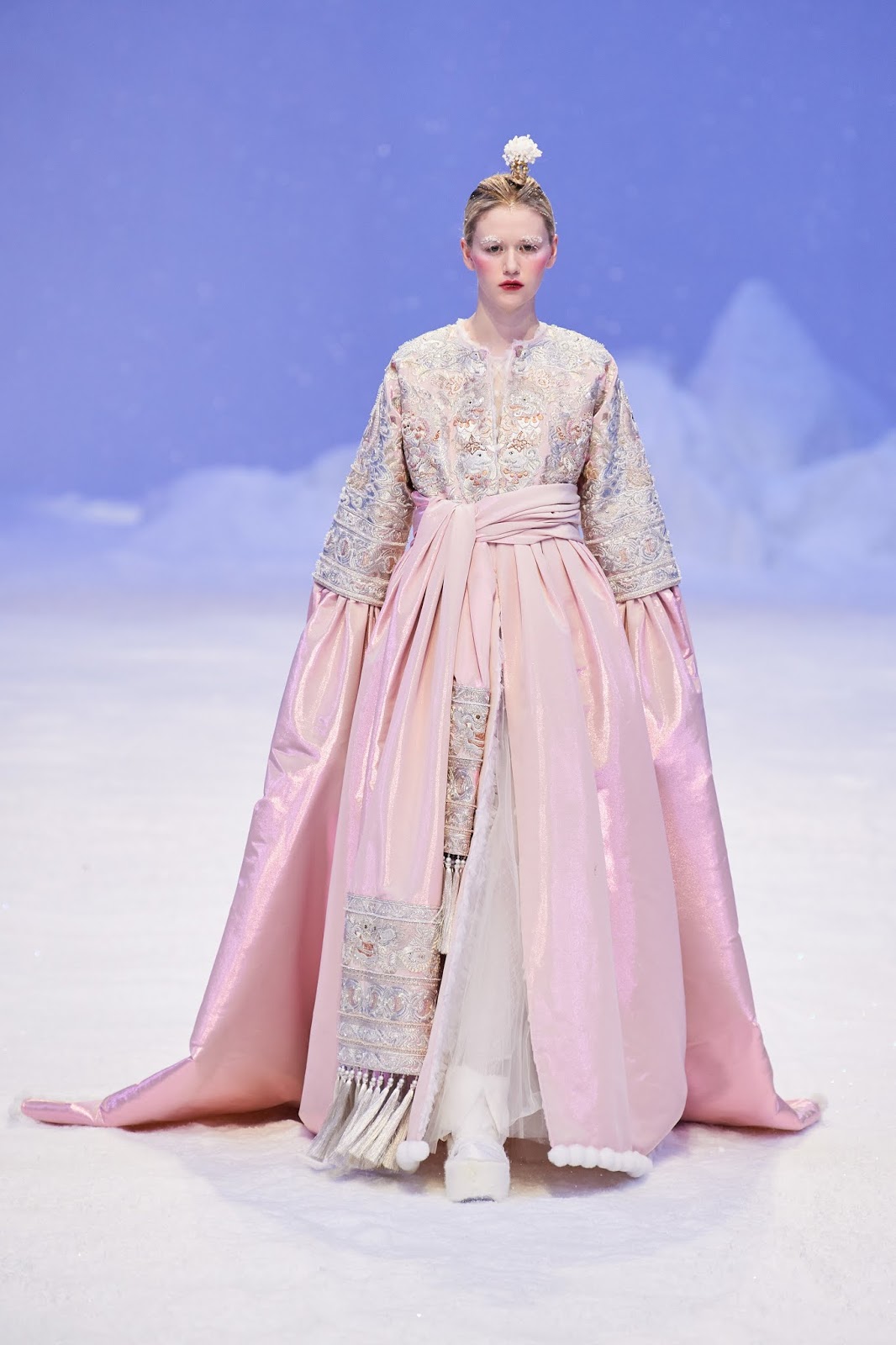 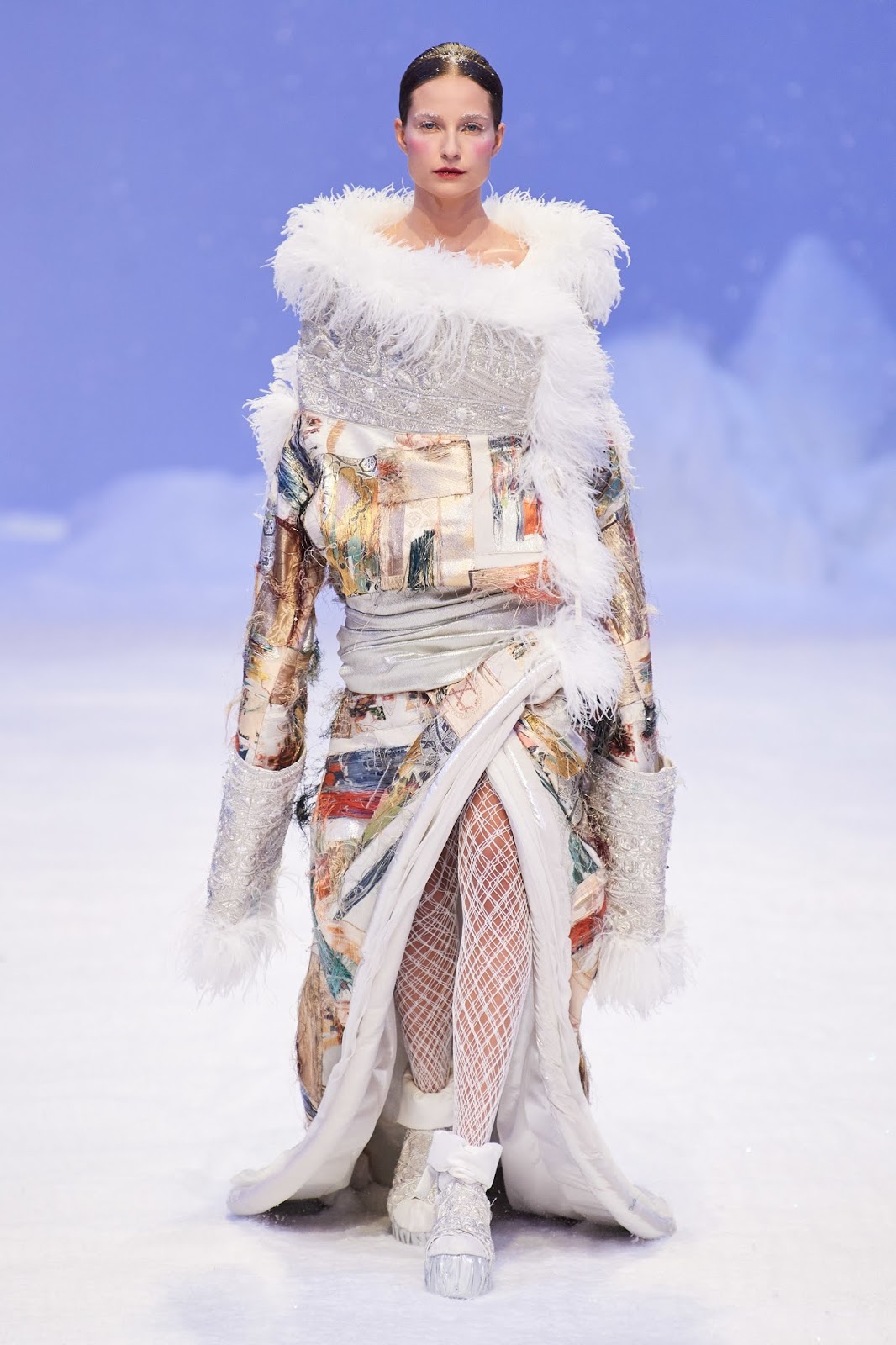 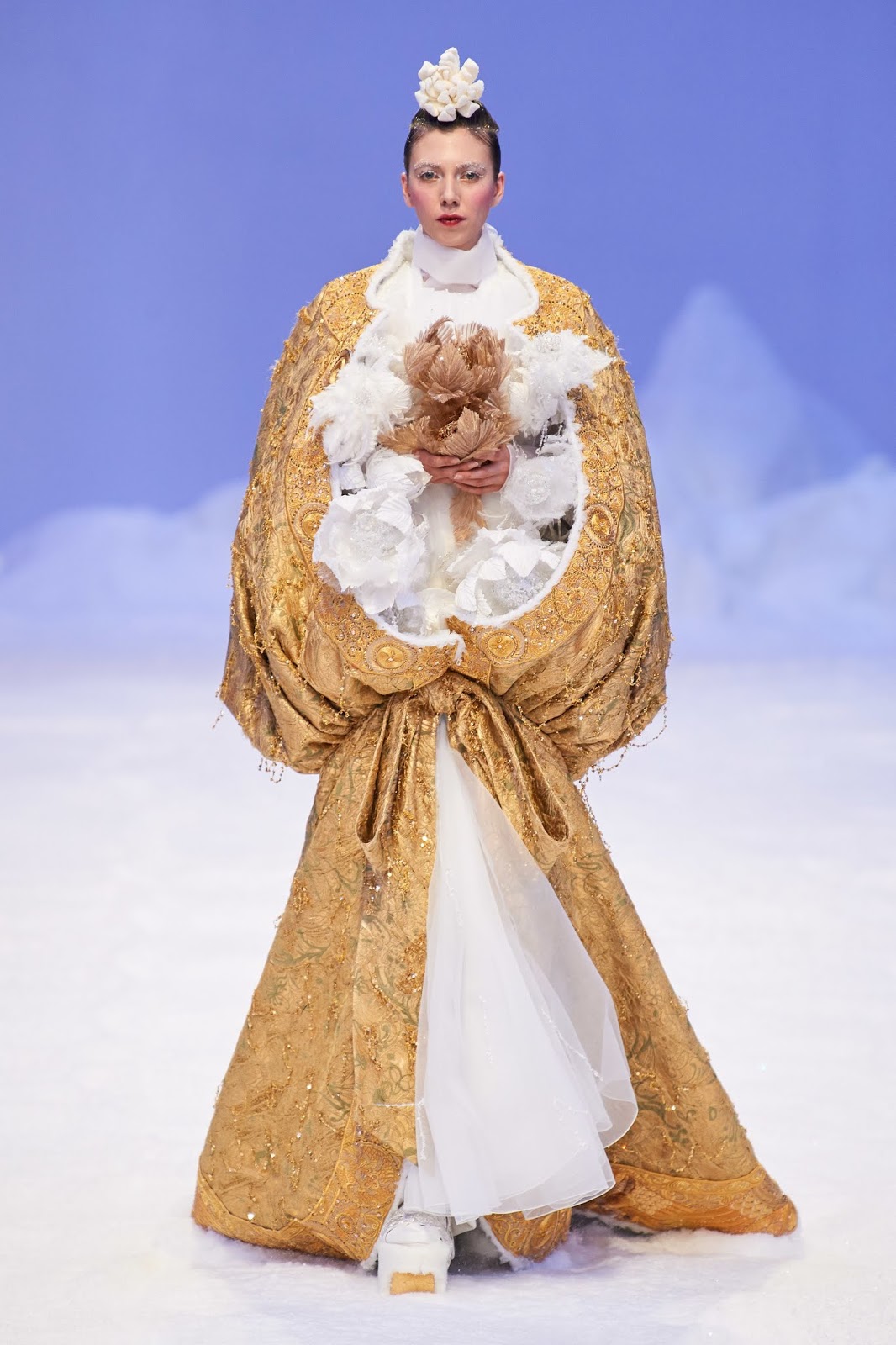 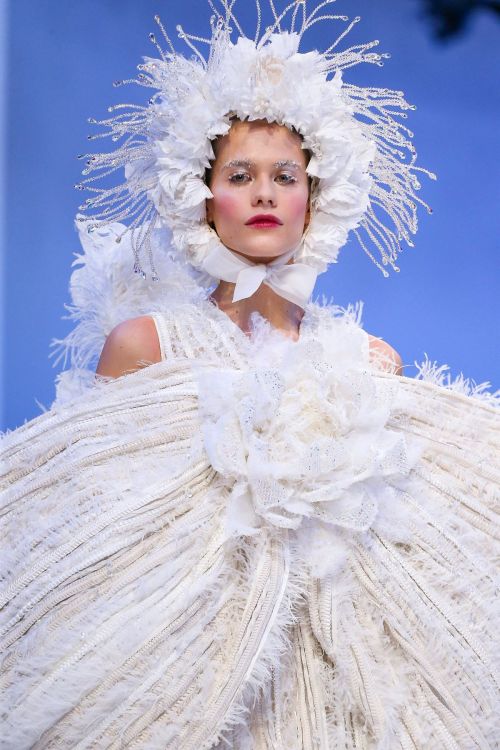 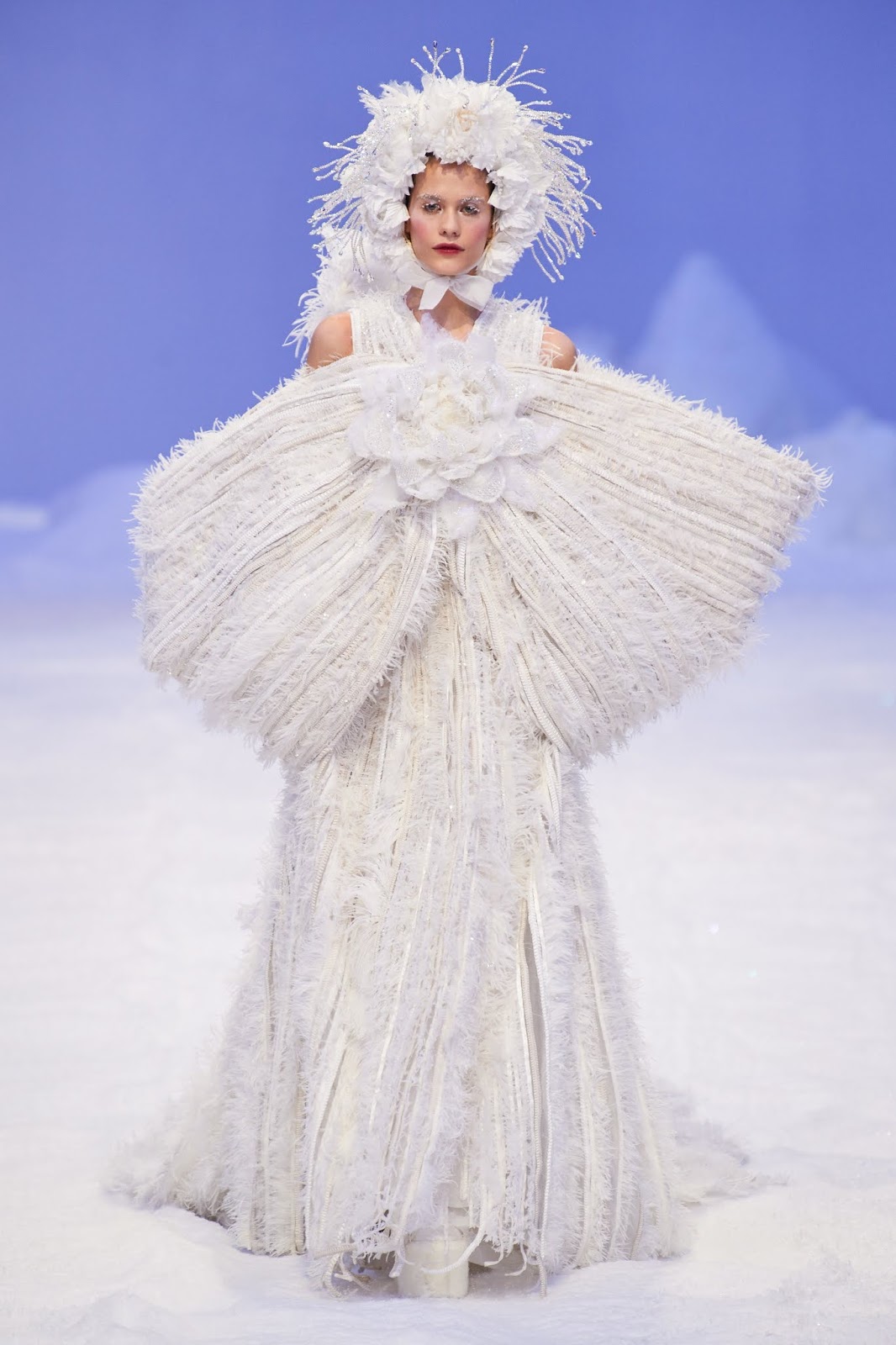 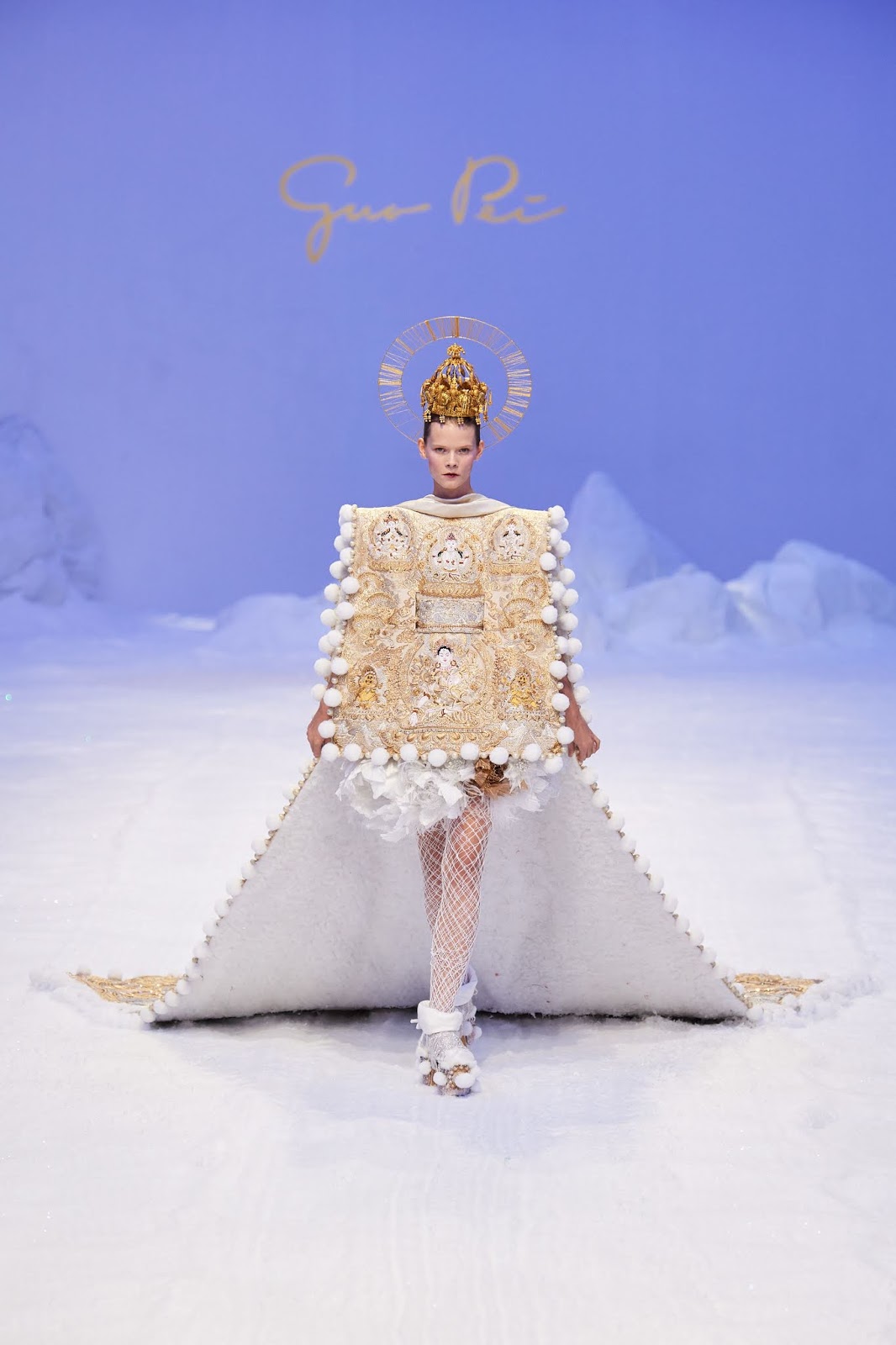 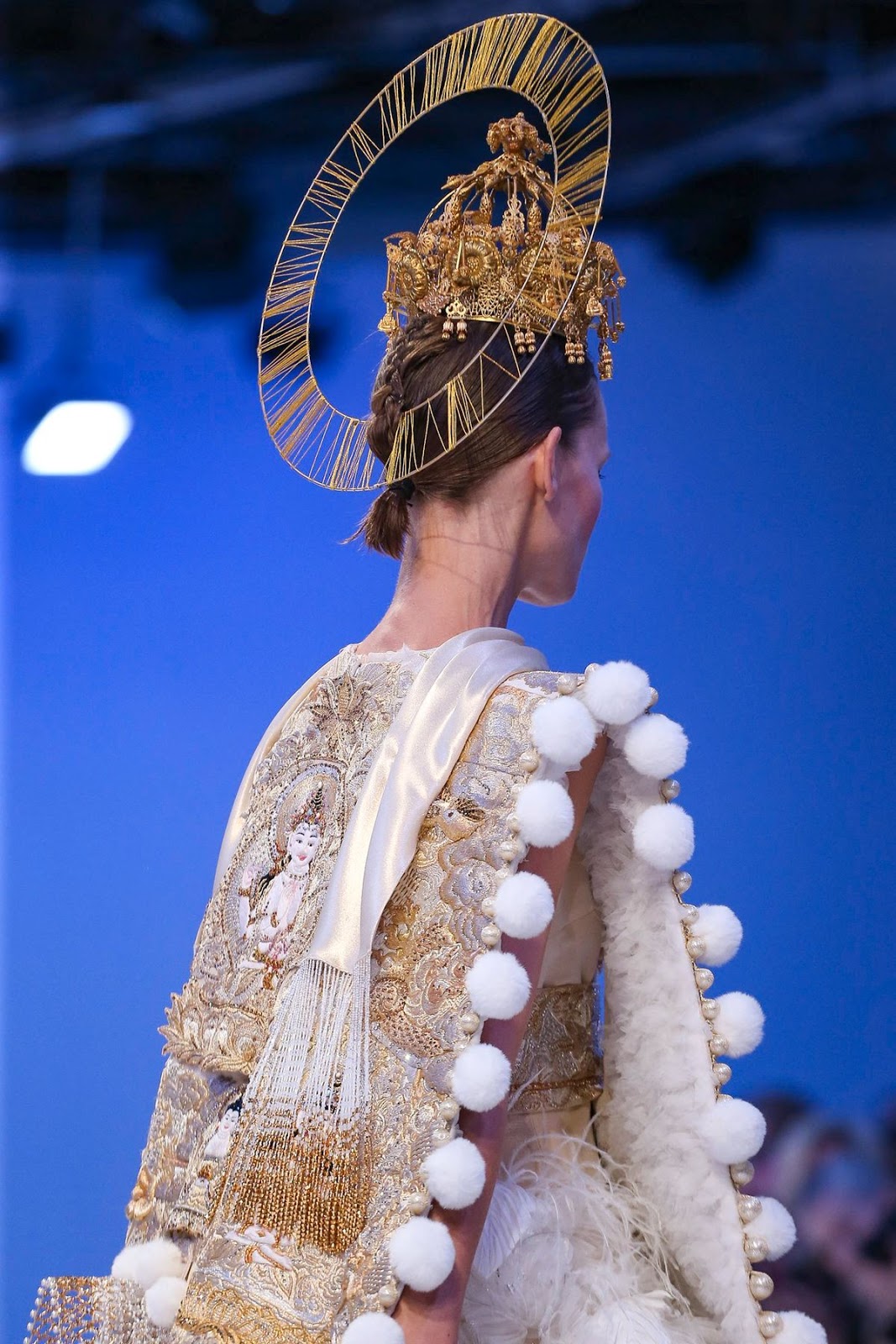