The American fashion press who flew into Cuba for the Chanel Resort show landed two hours before the first U.S. cruise ship to have docked in Havana in nearly 40 years. The passengers of the Adonia had no idea what to expect when they set foot on the dock; in the event, they were surrounded by crowds of Havana residents, high-fiving greetings. The historic thawing of relations between the Castro regime and the United States is palpable this week in Cuba, a warmth that was stoked to fever level last night. 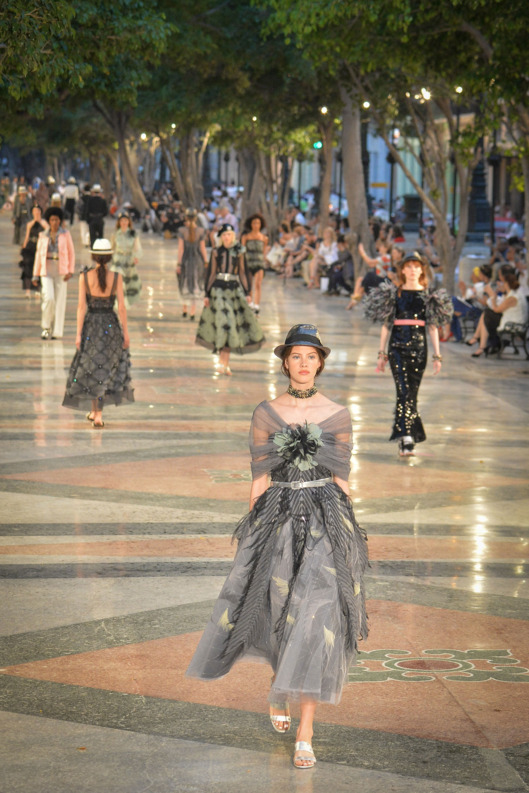 Seven hundred guests of Chanel were taken to the open-air street show in a multicolored convoy of the city’s open-top Buicks, Cadillacs, and Oldsmobiles. The owners tooted their horns through the streets of Old Havana, while people came out to line the streets, crowd dilapidated balconies and rooftops, wave and laugh. It could easily have gone the other way—who knew there could be such a welcome in a poor, communist country for a super-luxurious brand and the wealthy women who wear its finery? But it was the people of Cuba who set the atmosphere running—a sense of exuberant excitement that involved everyone from the models to the normally impassively unimpressible members of the press. It was Chanel that started the new lark of traveling Resort shows—immersive summertime trips to evermore far-flung locations—and Dior, Louis Vuitton, and Gucci have been joining in. Occasionally, it has to be said that descriptions of spectacular locations can overshadow collections that aren’t so worth writing home about. But with this show, Karl Lagerfeld achieved it all: a spectacular locale at a historic turning point in international relations, and a collection that was relatable, wearable, exquisitely made, and joyfully youthful. Trust Karl to find the symbol of French-Cuban entente cordiale in a piece of clothing. That would be the beret in this case—ultra-French in origin, but also inescapably Che Guevara. There were sparkly black versions scattered throughout, as well as panamas with Chanel camellias tucked into the hatbands. Even better, as a diplomatic coup: the living embodiment of French-Cuban talent represented by Ibeyi, the twin sisters Lisa-Kaindé and Naomi Díaz, who performed at the beginning of the show, hot on the heels of their appearance in Beyoncé’s Lemonade. 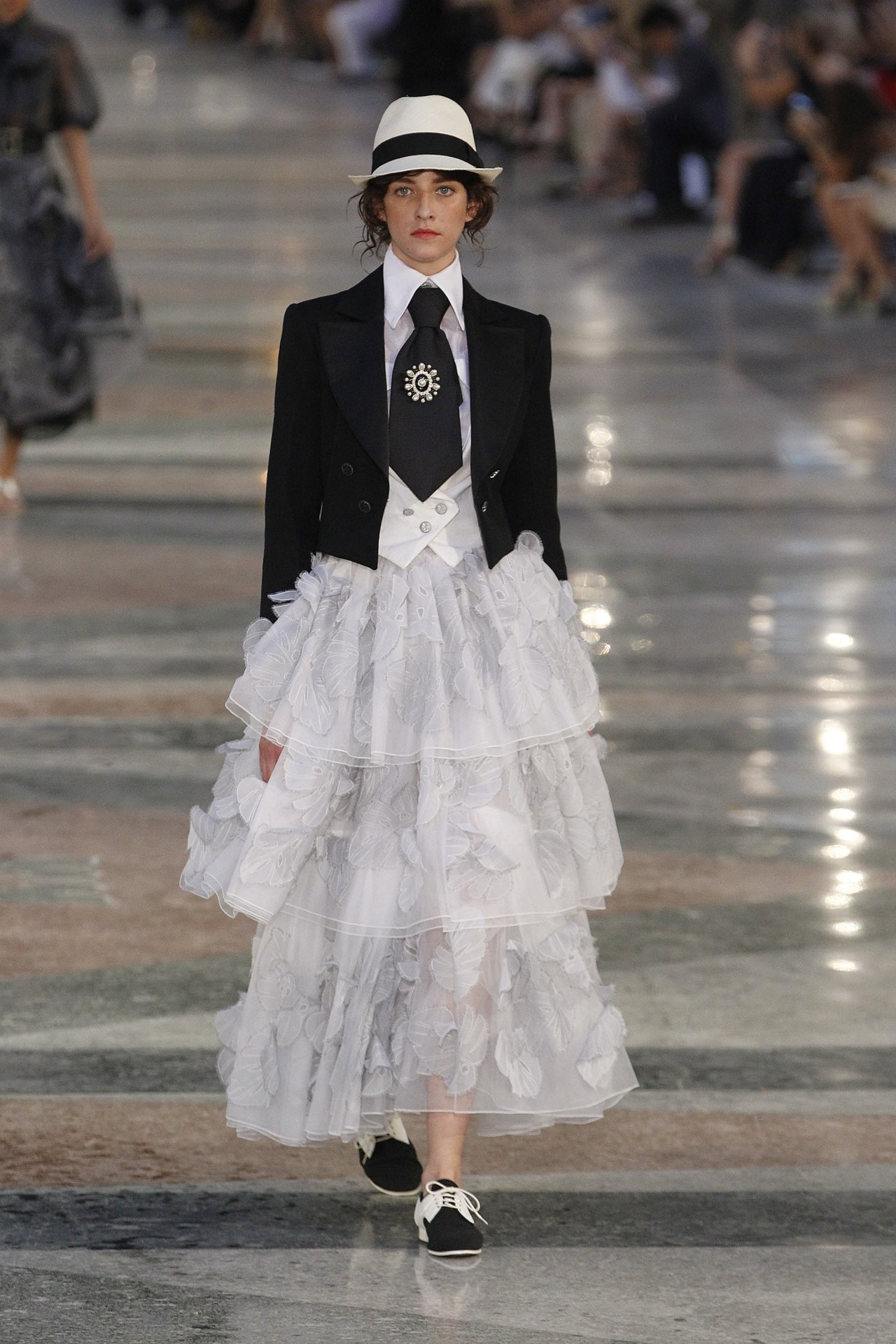 No one knows how to be on-point topical better than Karl Lagerfeld, but this show rose above belaboring themes. With guests sitting on park benches in the open air of the tree-lined Paseo del Prado, the models strolled naturally in flat brogues, flip-flops, and slides.

The Chanel embroiderers had pulled out all the stops, decorating sleeves with dense layers of tattered fabric (a subtle homage to Hispanic ruffles, surely) and sequin-encrusting little dresses in the peachy-pinks, lemony-oranges, and greeny-blues you see in every direction in the intensely beautiful cityscape of Havana. It would have played wrongly if it had looked too posh and distant, or then again, trying too hard to be referential. What made it work, in essence, was the easy styling, with T-shirts and flats, a casual attitude that the models clearly felt happy in—so happy that the end of the show broke out into an anarchic kind of carnival where the girls and the audience and the local band all got mixed up together, dancing. 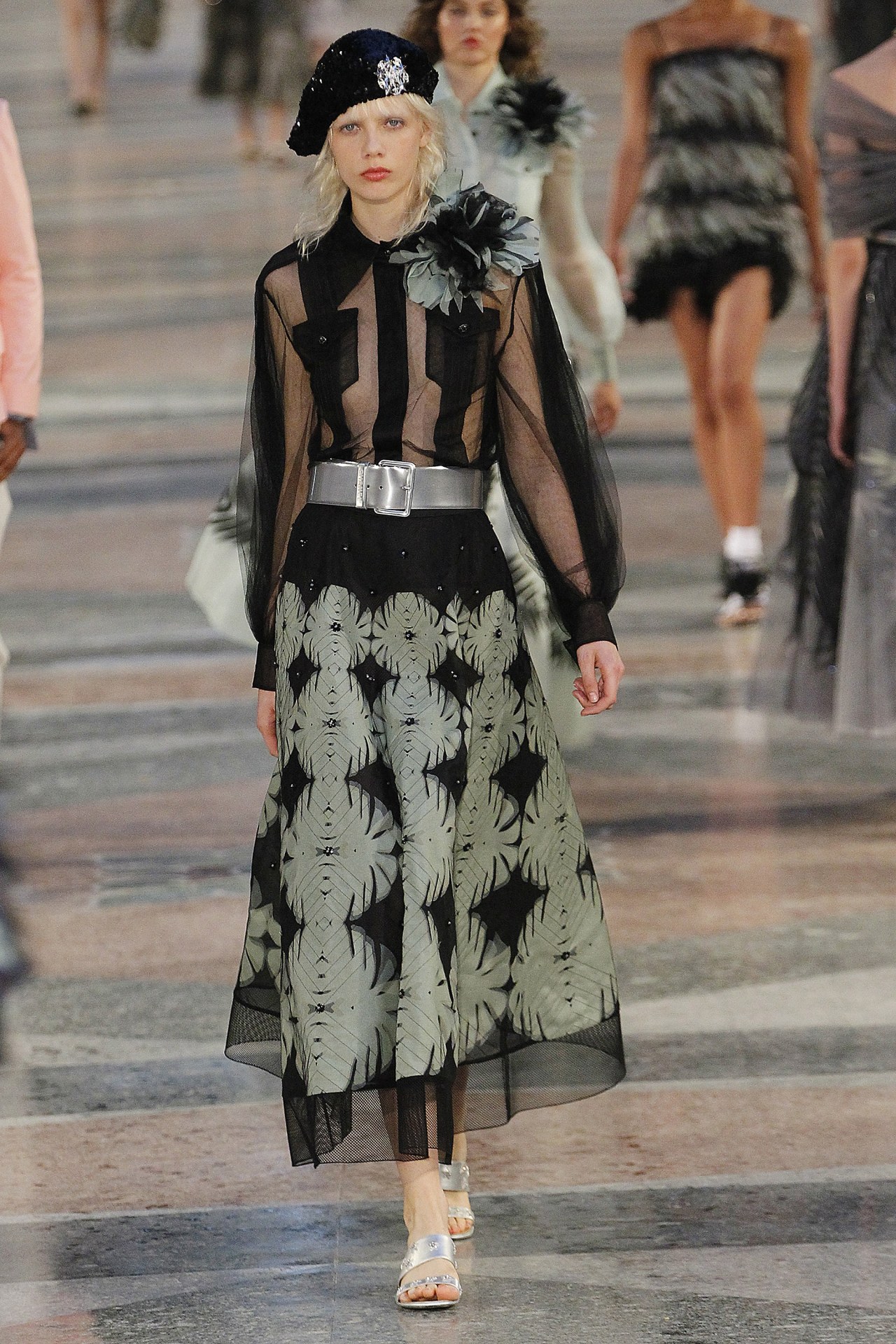 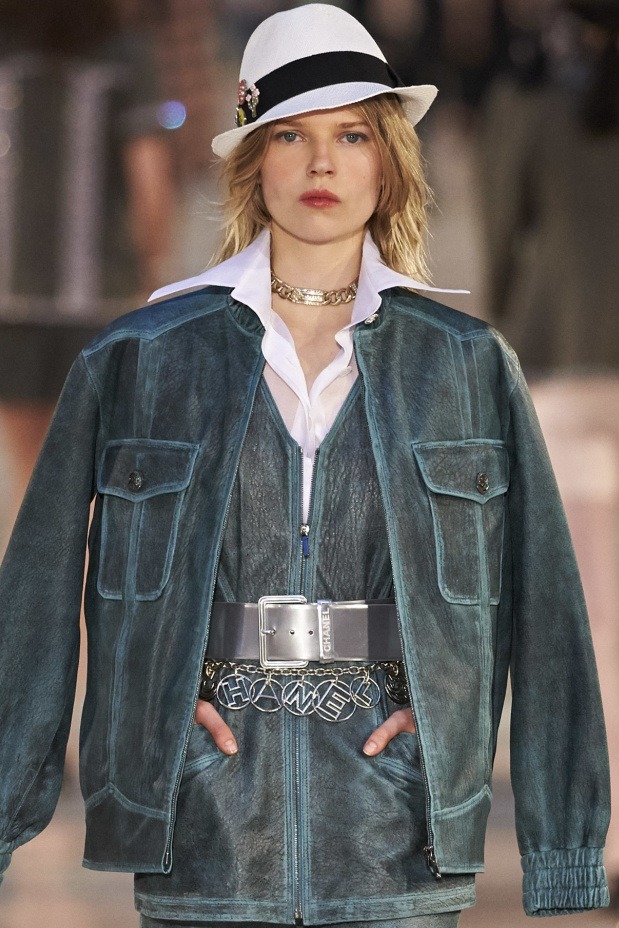 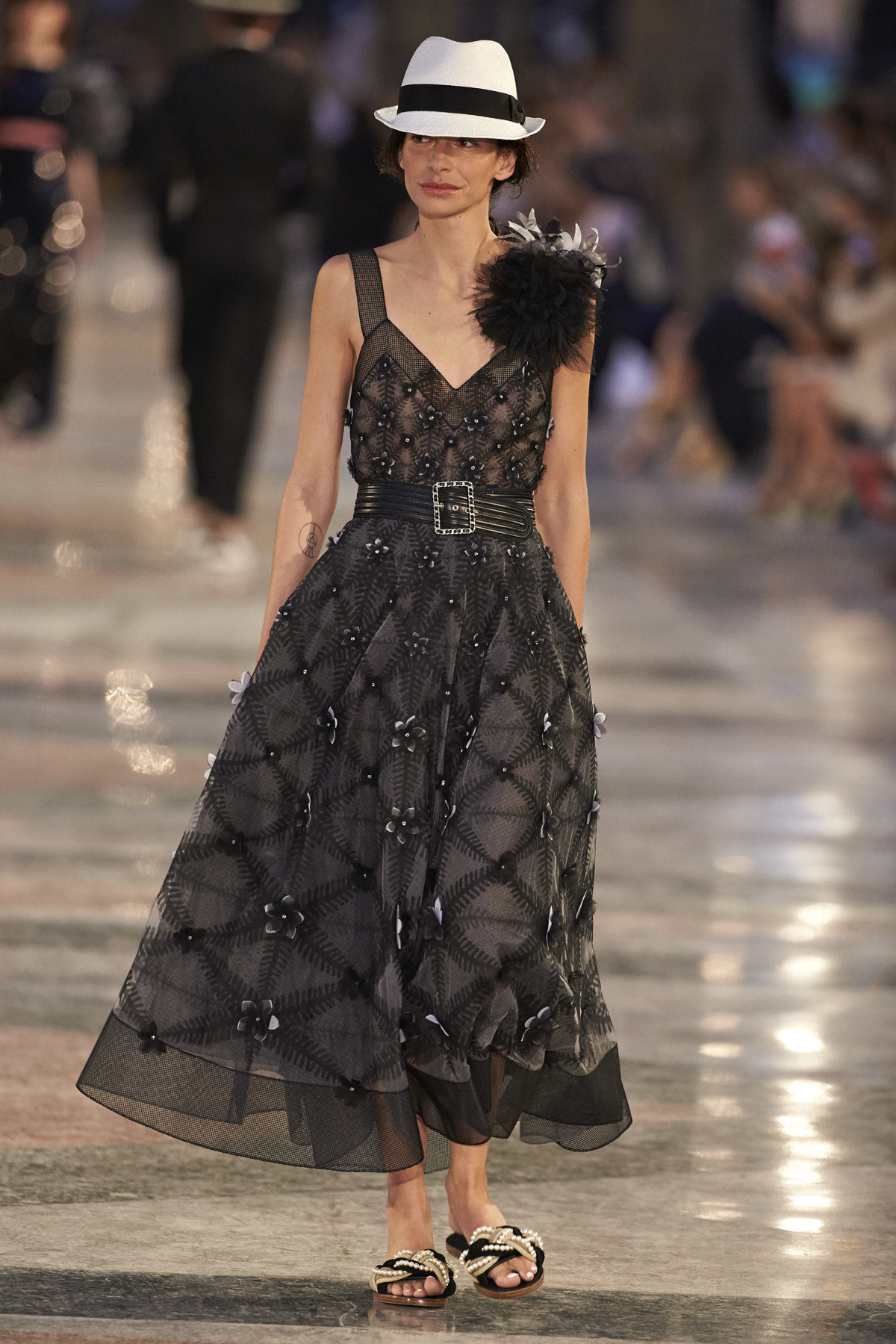 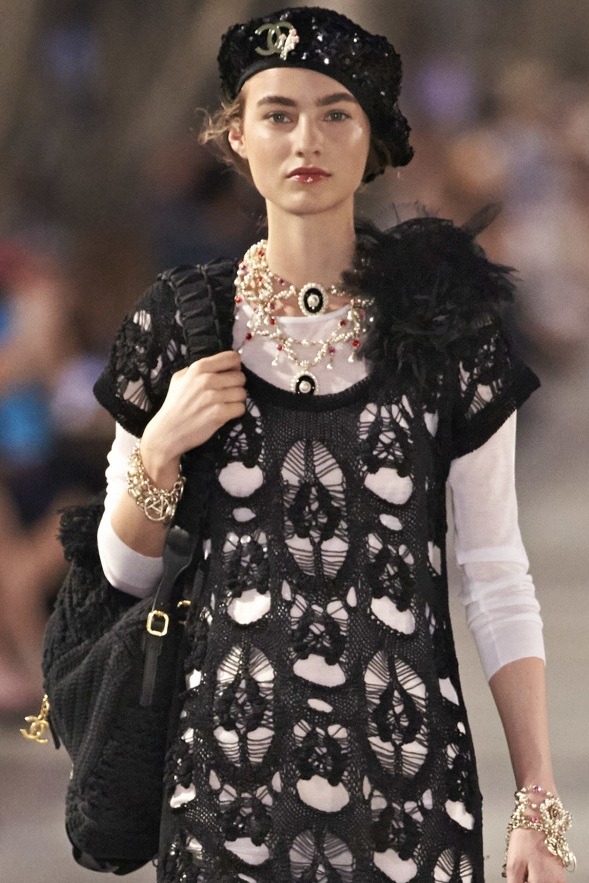 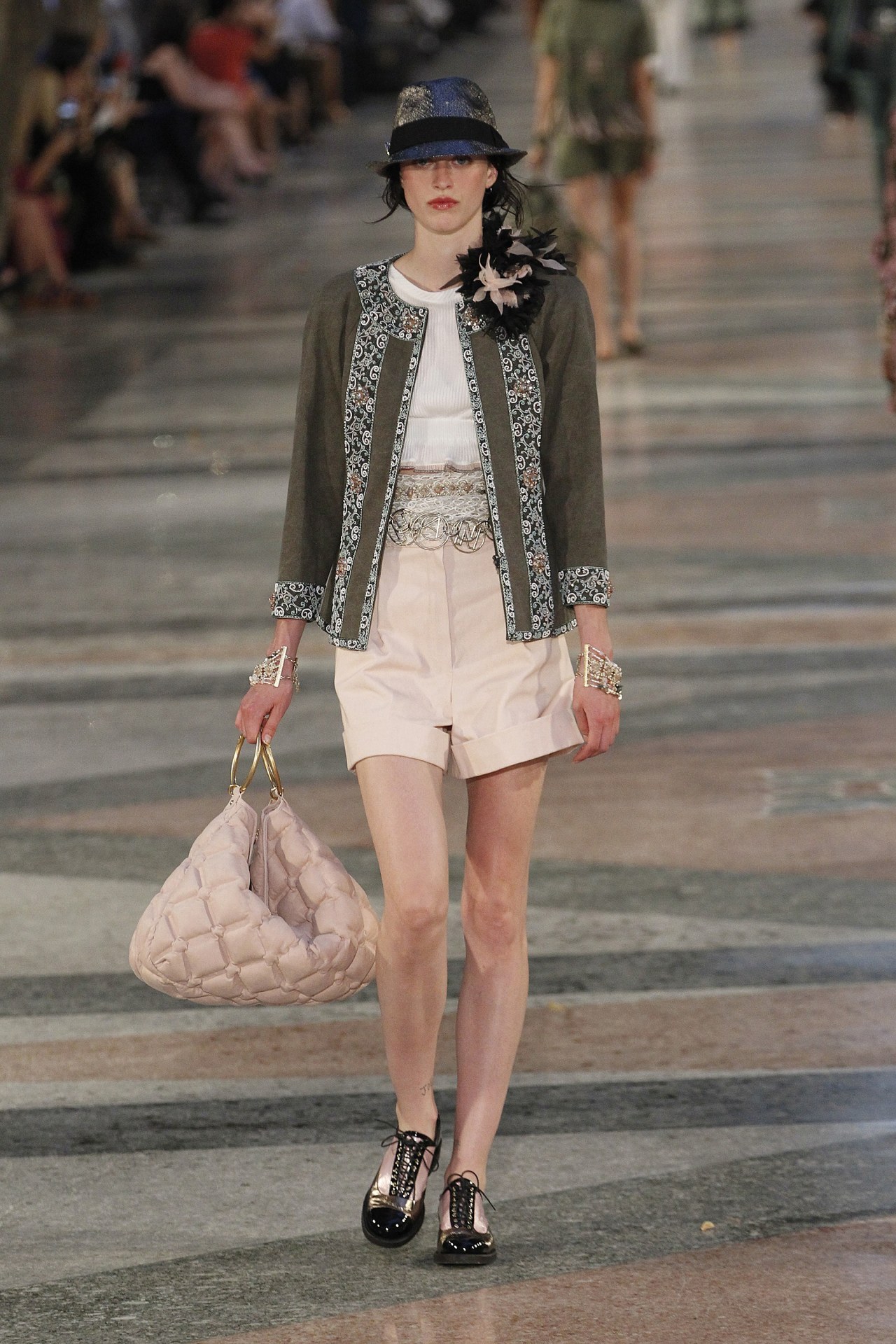 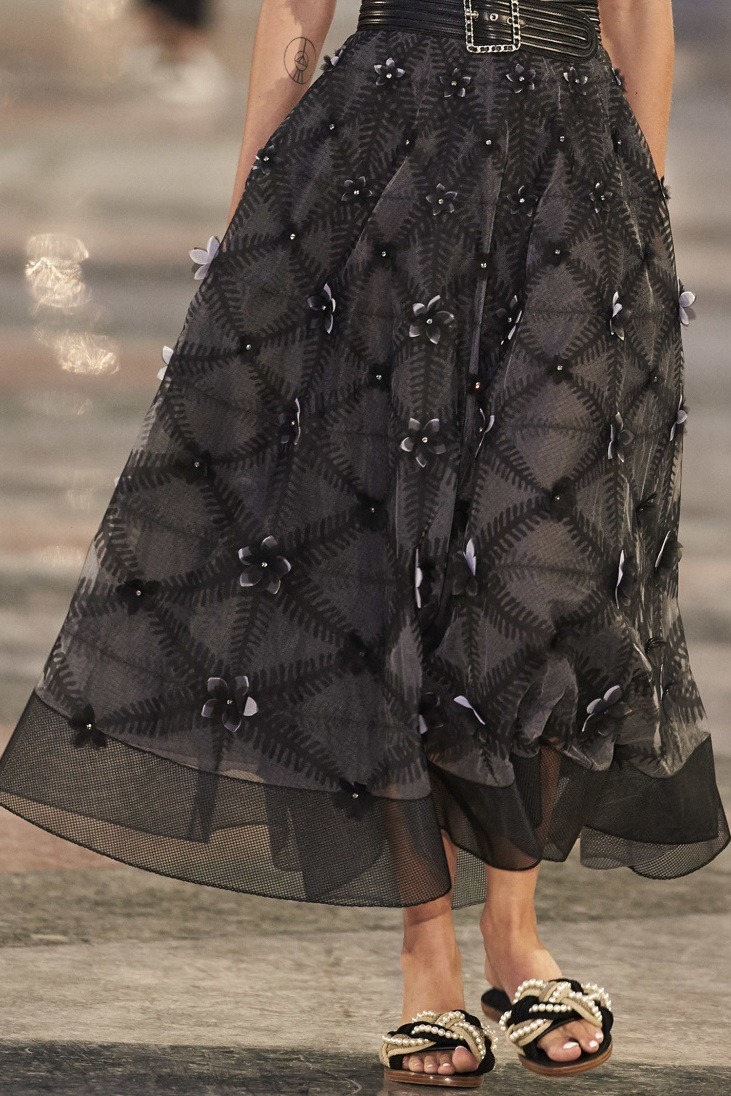 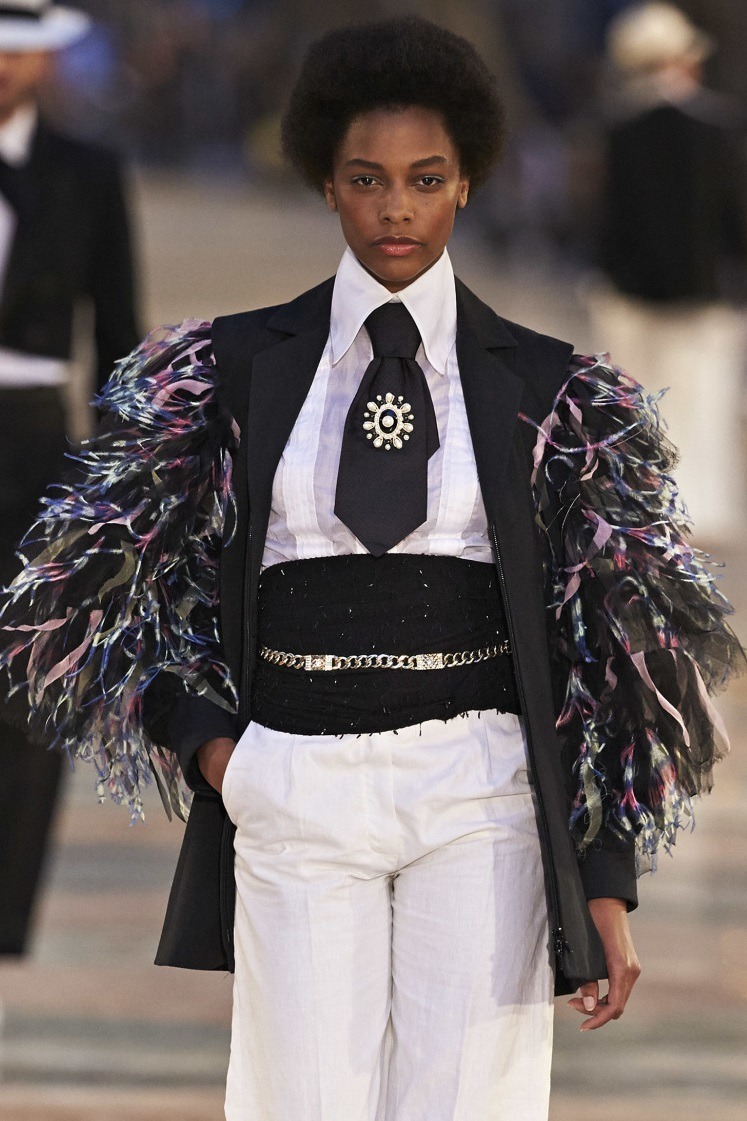 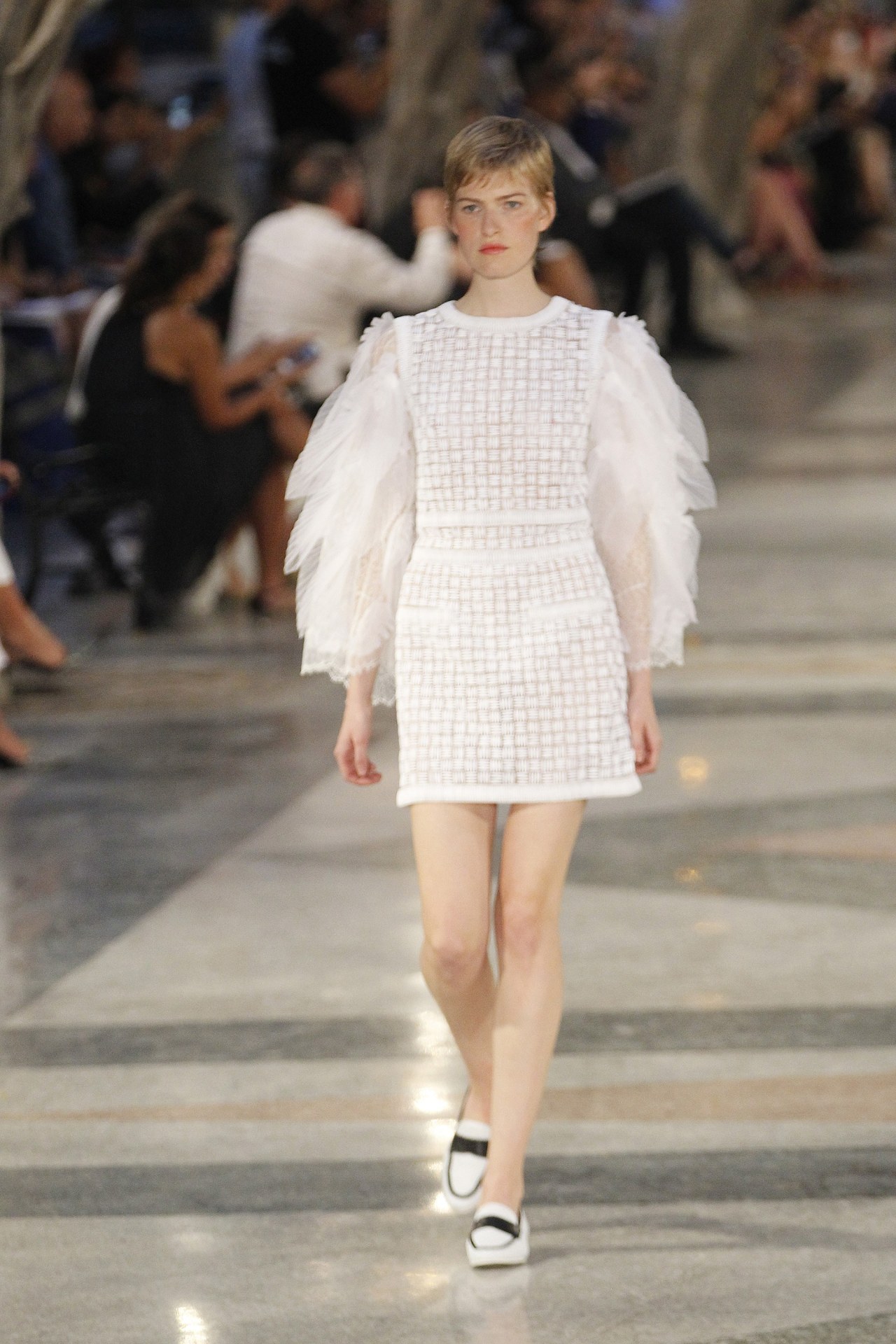 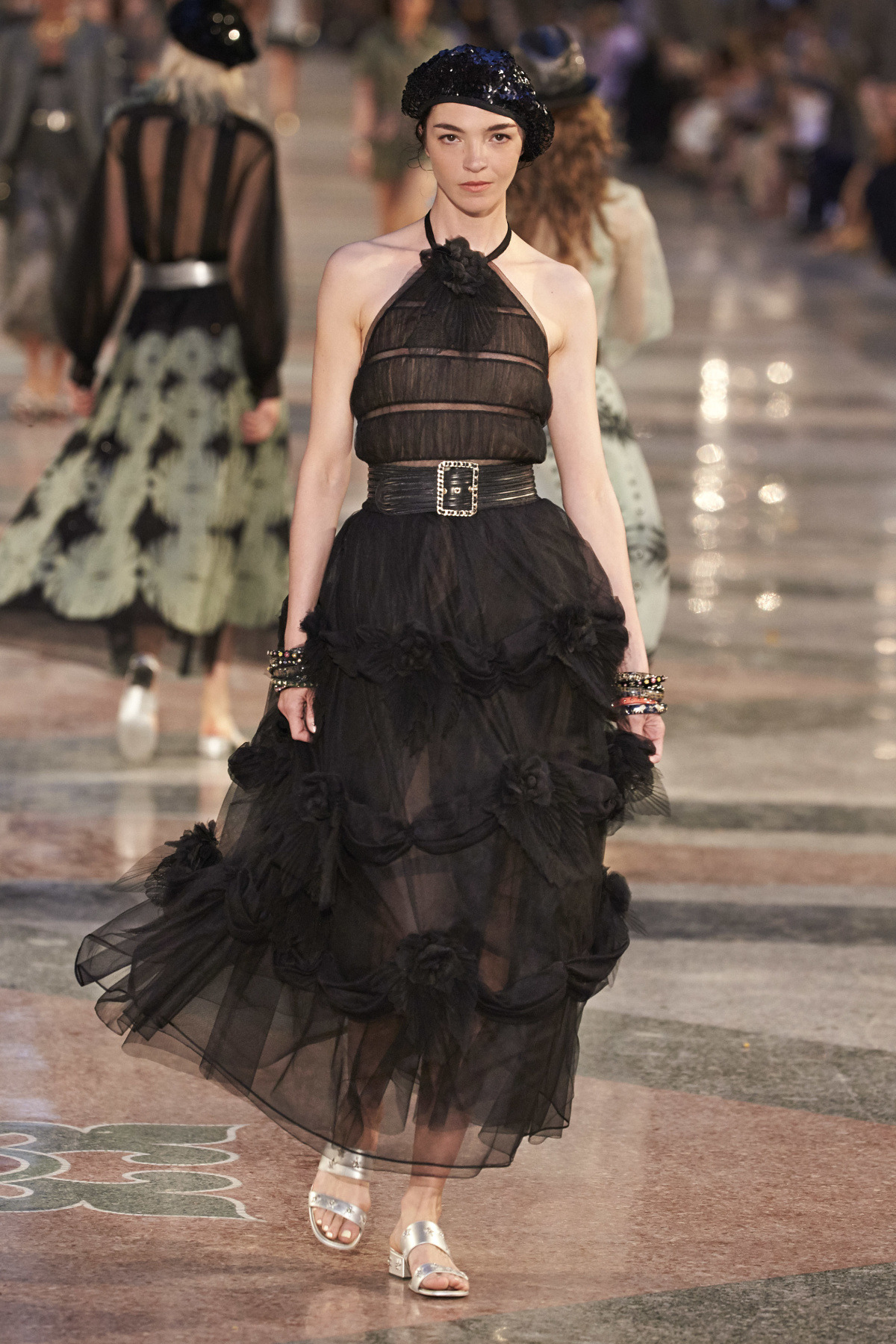 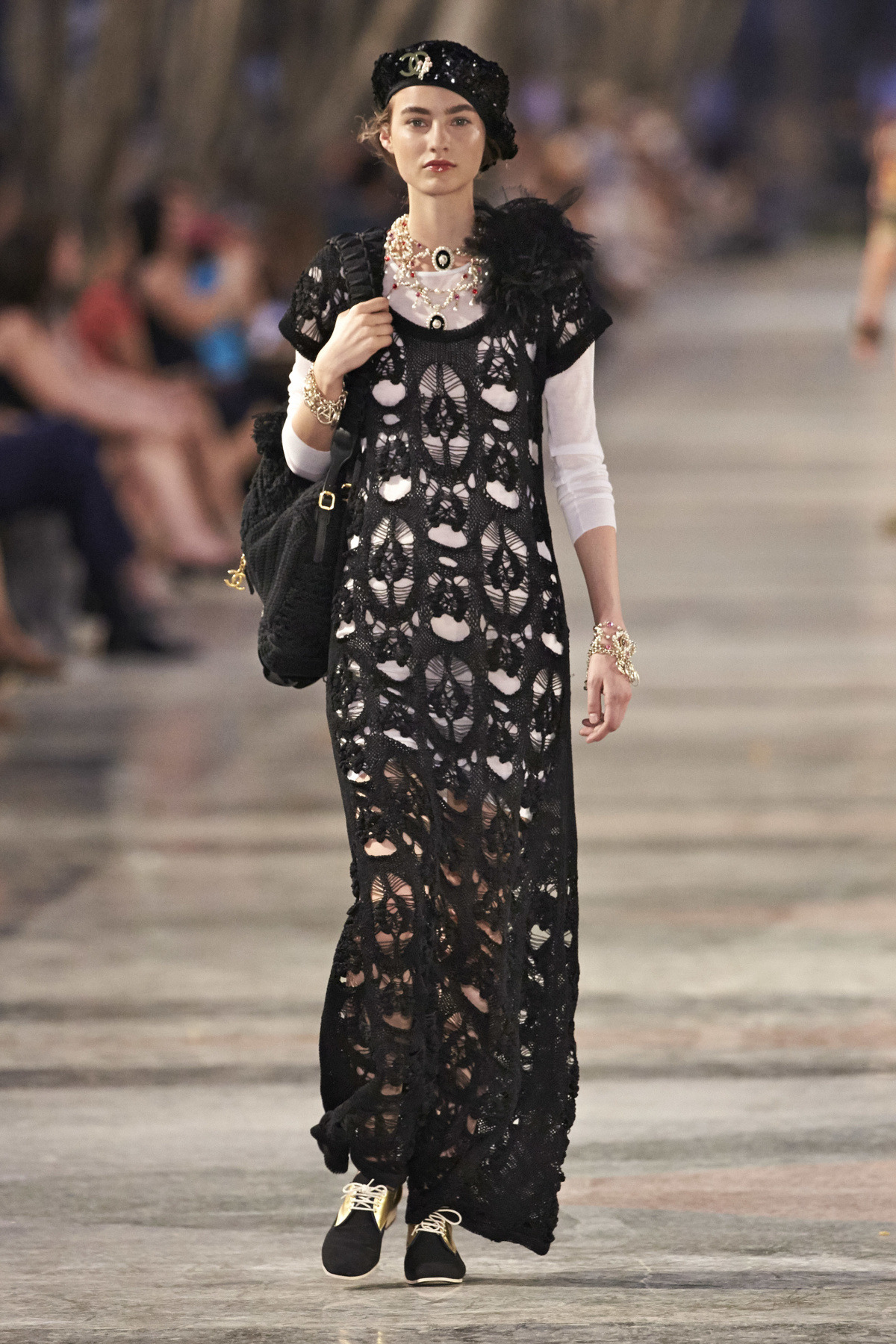