Sharing today a fabulous French apartment designed by CM Studio in Paris.
CM Studio is an architectural, design and decor firm whose concept is to : 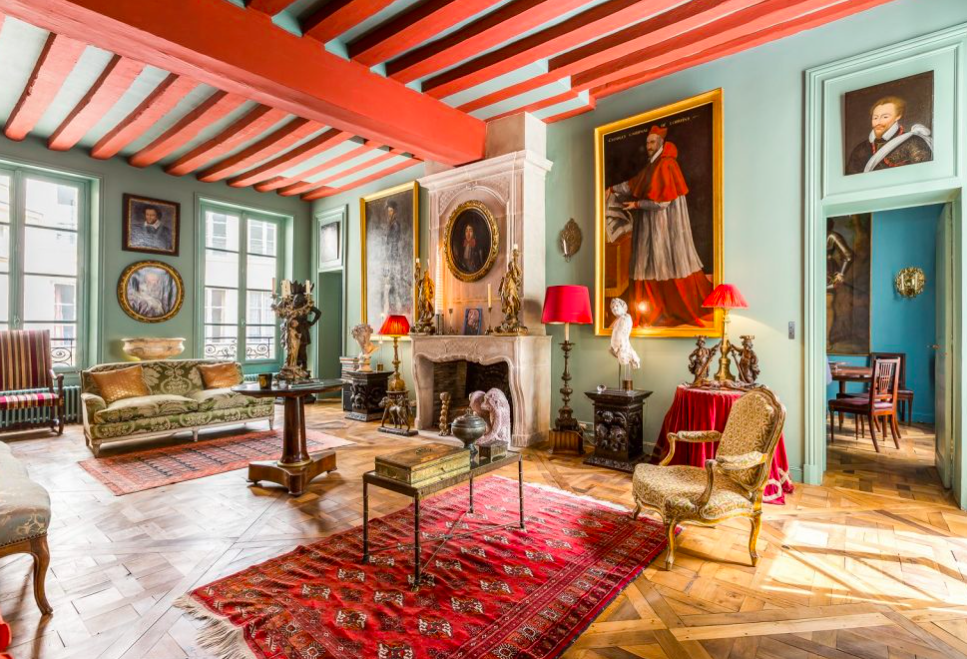 “Create timeless interiors that magnify existence
through eclecticism and poetry.” 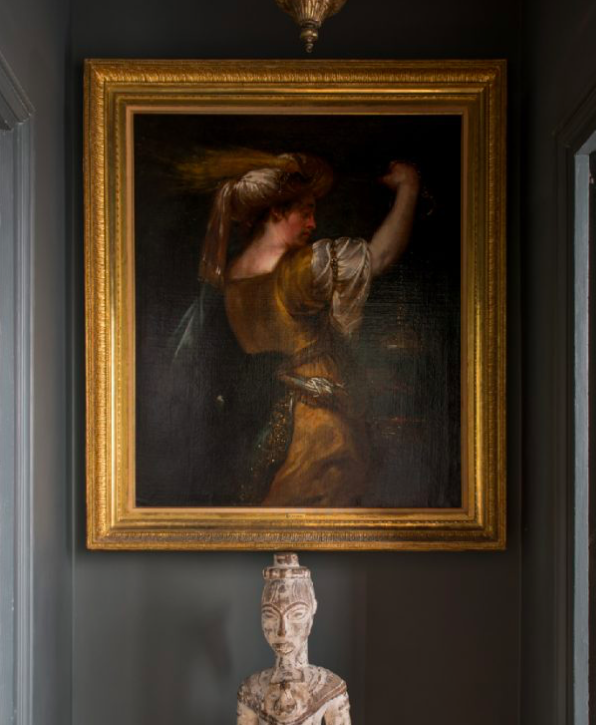 This ooh la la apartment is glimpse at their interpretive talents, enjoy.
A PARIS APARTMENT
ON ISLAND OF THE CITY 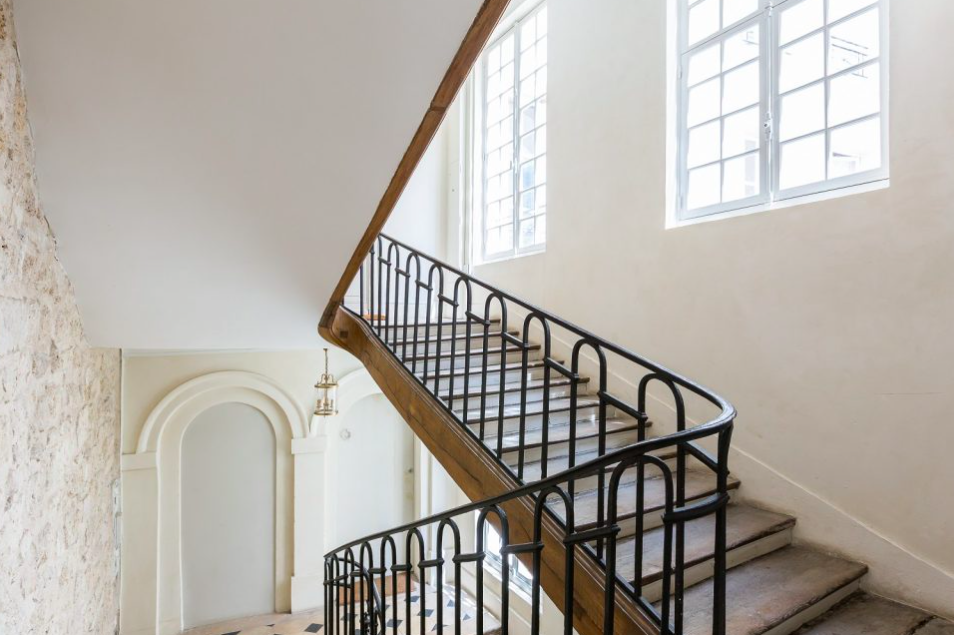 Located in a 17th century mansion, this apartment on the Ile de la Cité was completely remodelled in the 19th century in a somewhat “bourgeois” style: small cloisonné rooms, dark corridors, false ceilings… 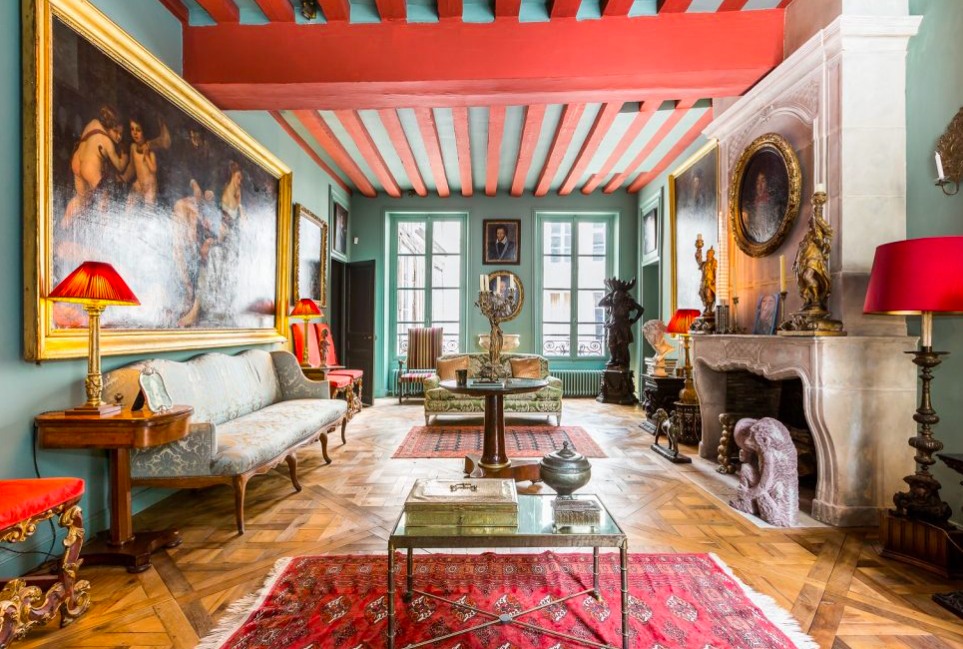 We decided to totally reinterpret the space by modifying access to the flat. 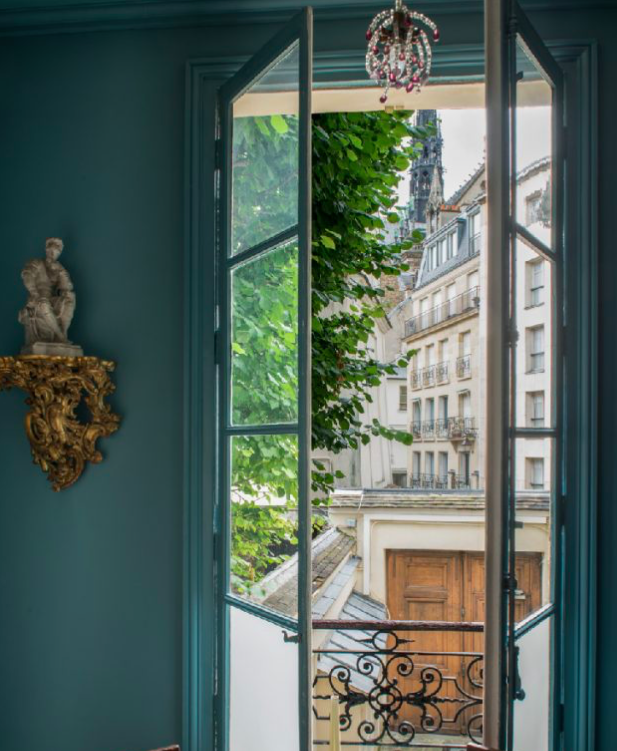 The kitchen (accessible by a second, more glamourous staircase) was converted into an entrance, and the living room doubled in size by combining an adjoining room. 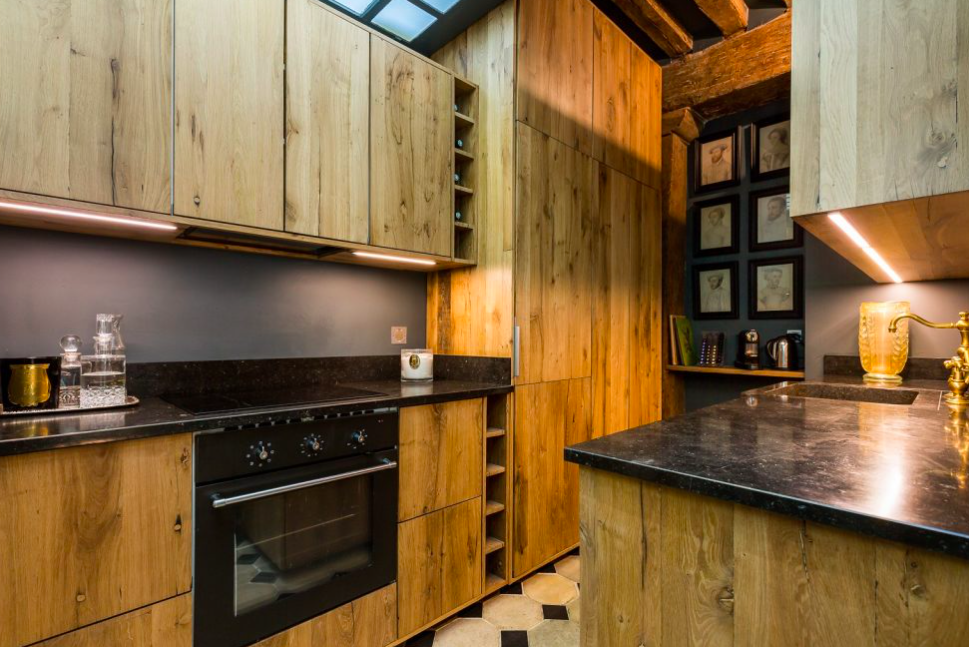 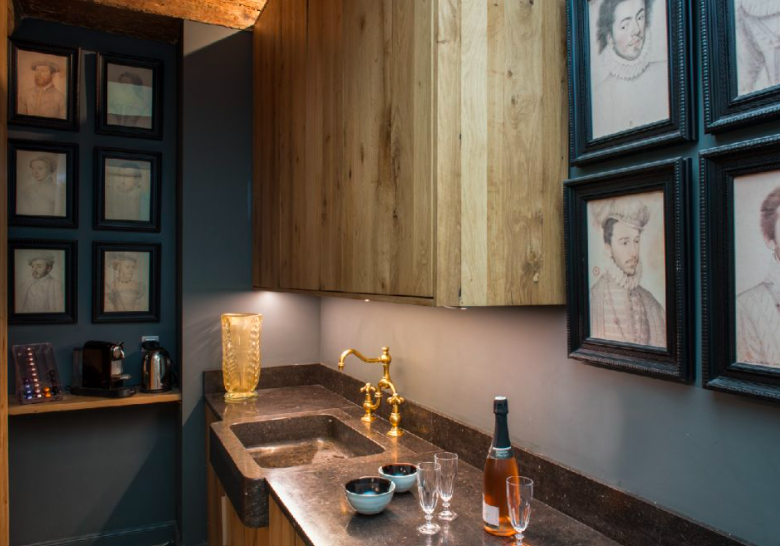 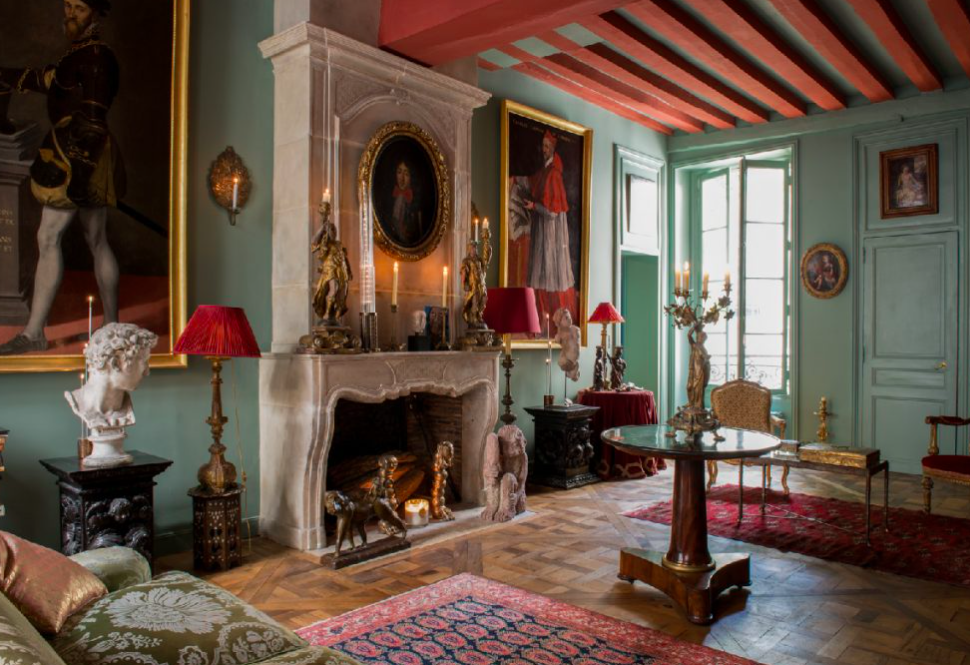 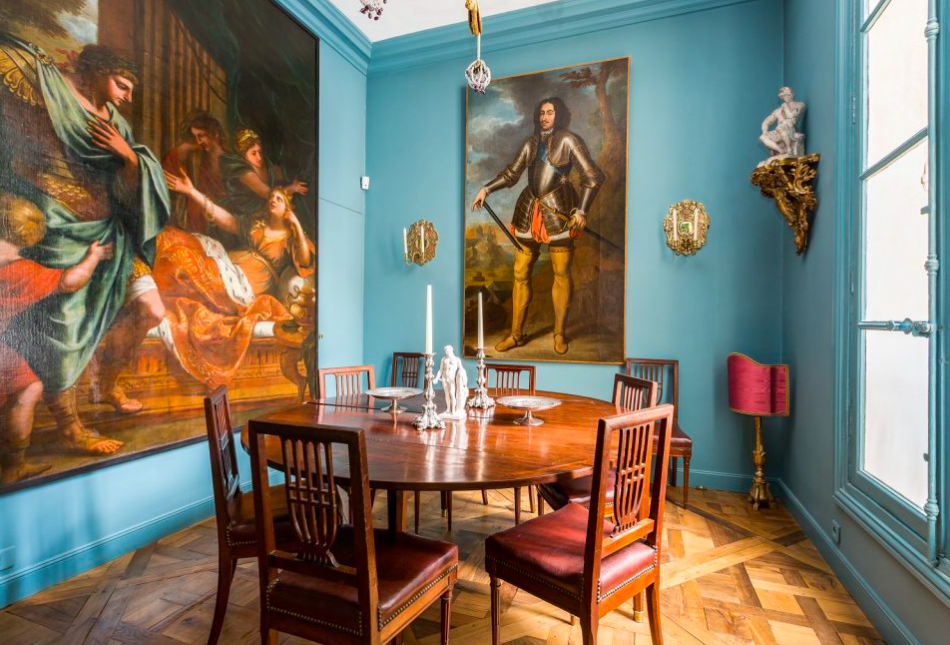 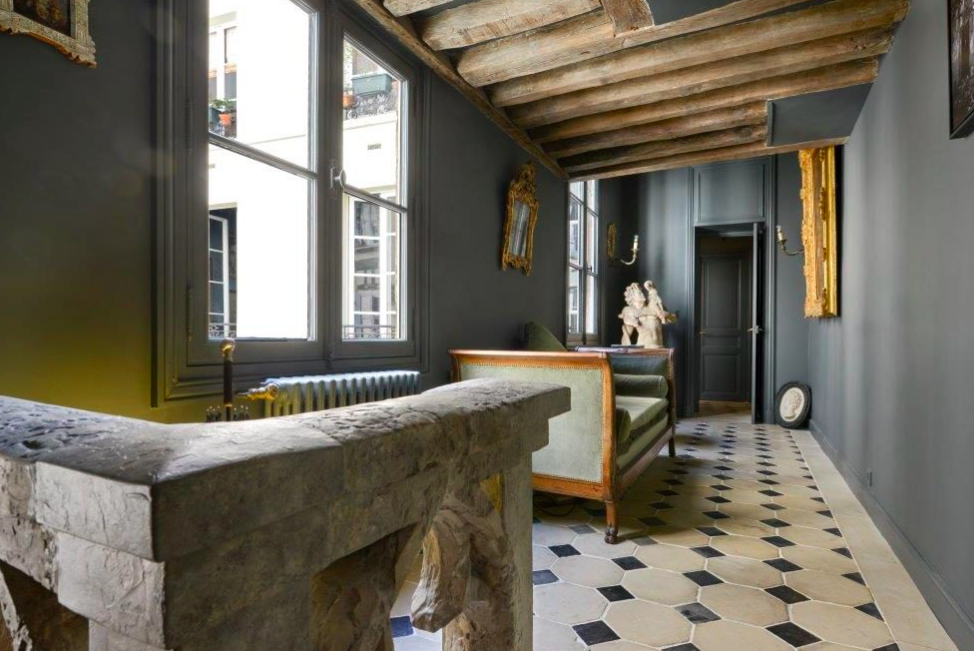 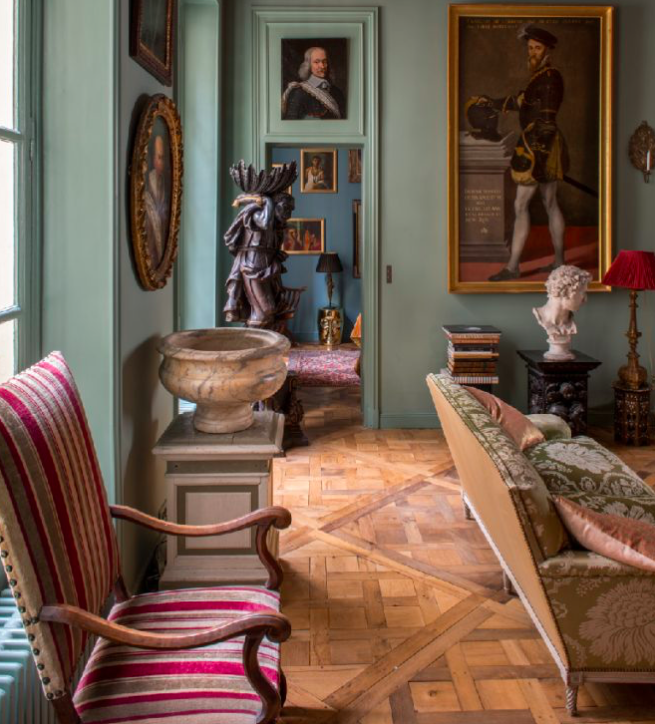 The entire flat was completely upgraded: impressive 17th century masters paintings, antique furniture and fabrics, subtly in line with the collector’s mind-set of the owners. 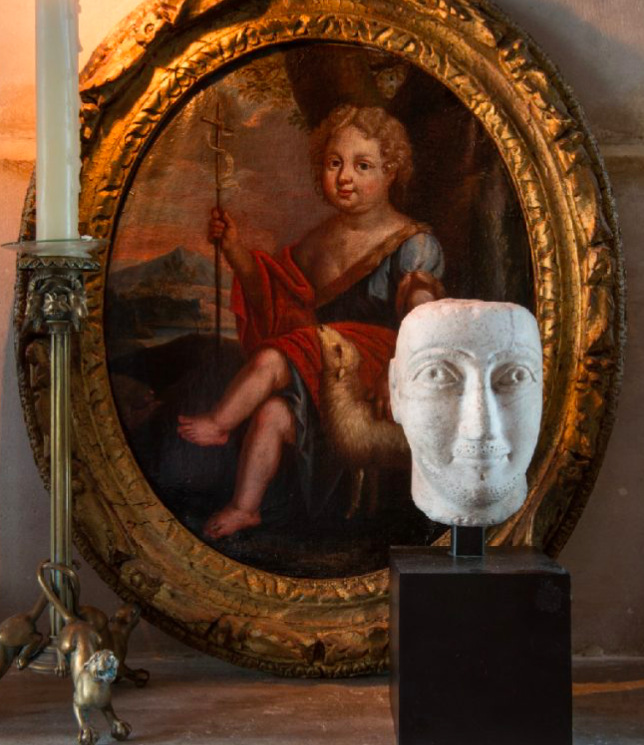 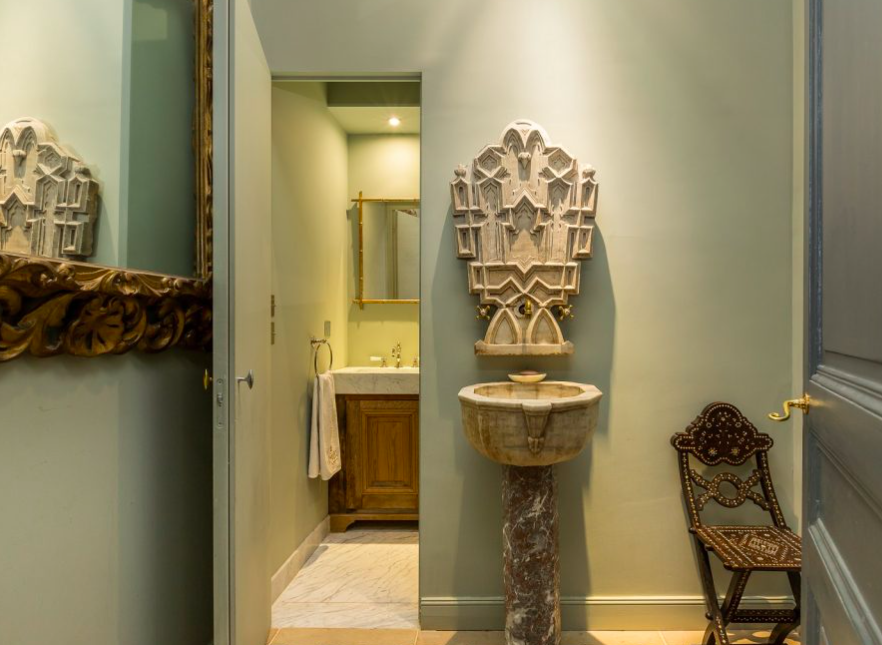 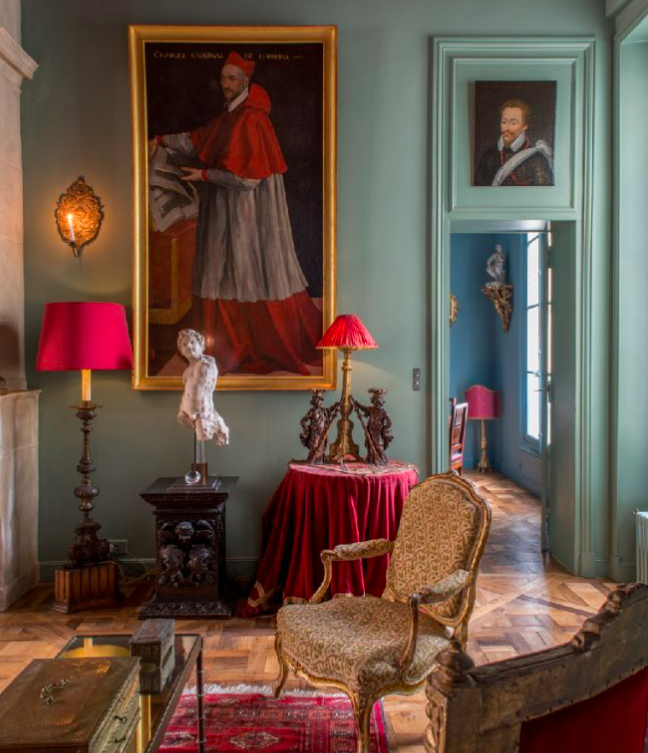 By restoring consistency between the exterior and interior, we created the perfect illusion of French Grand Siècle, hailed by critics. 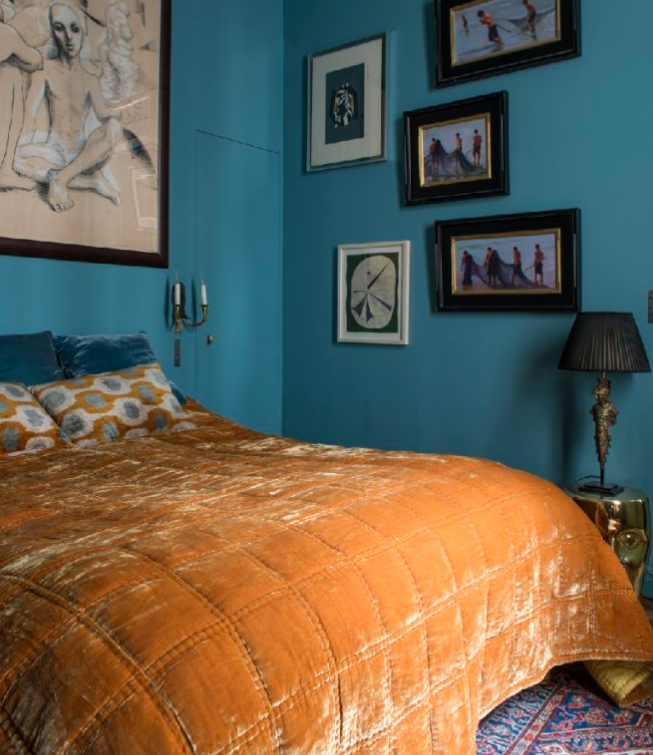 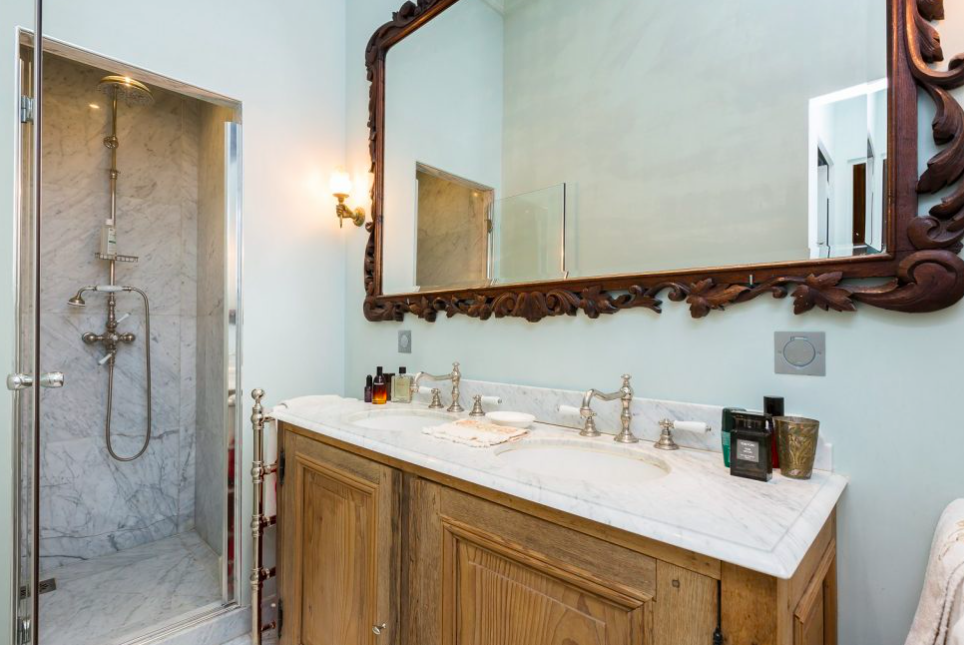 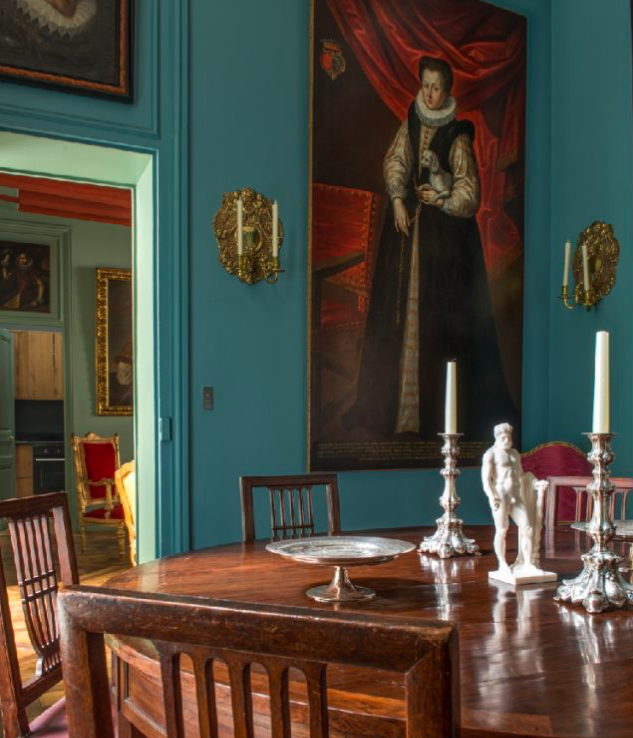 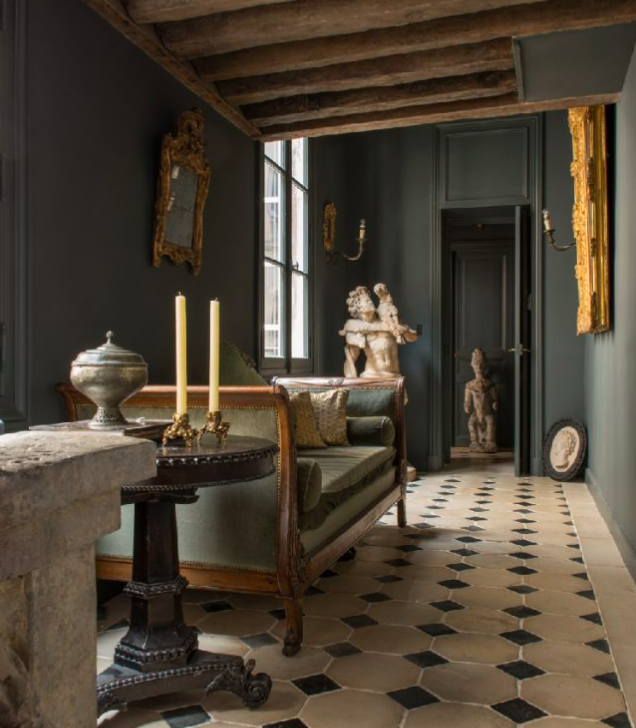 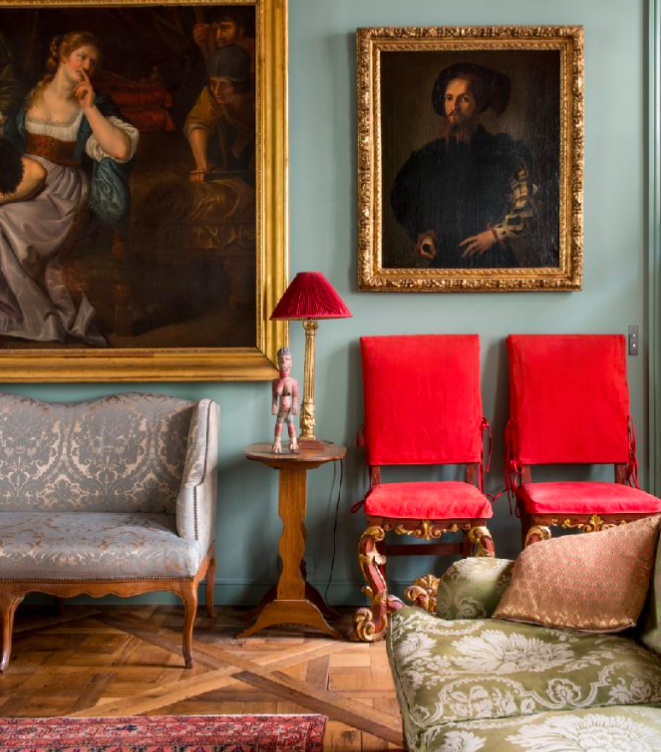 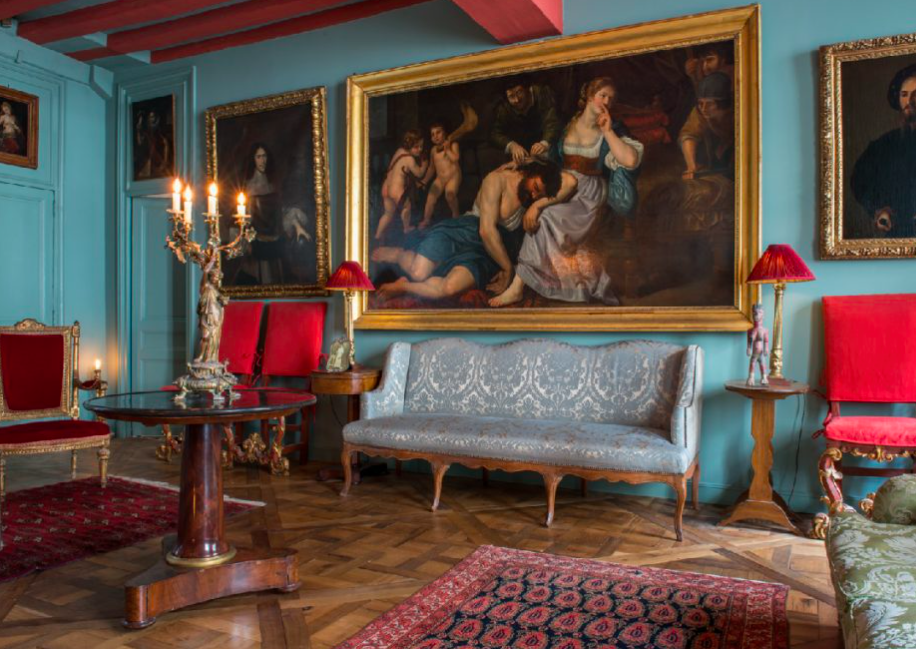