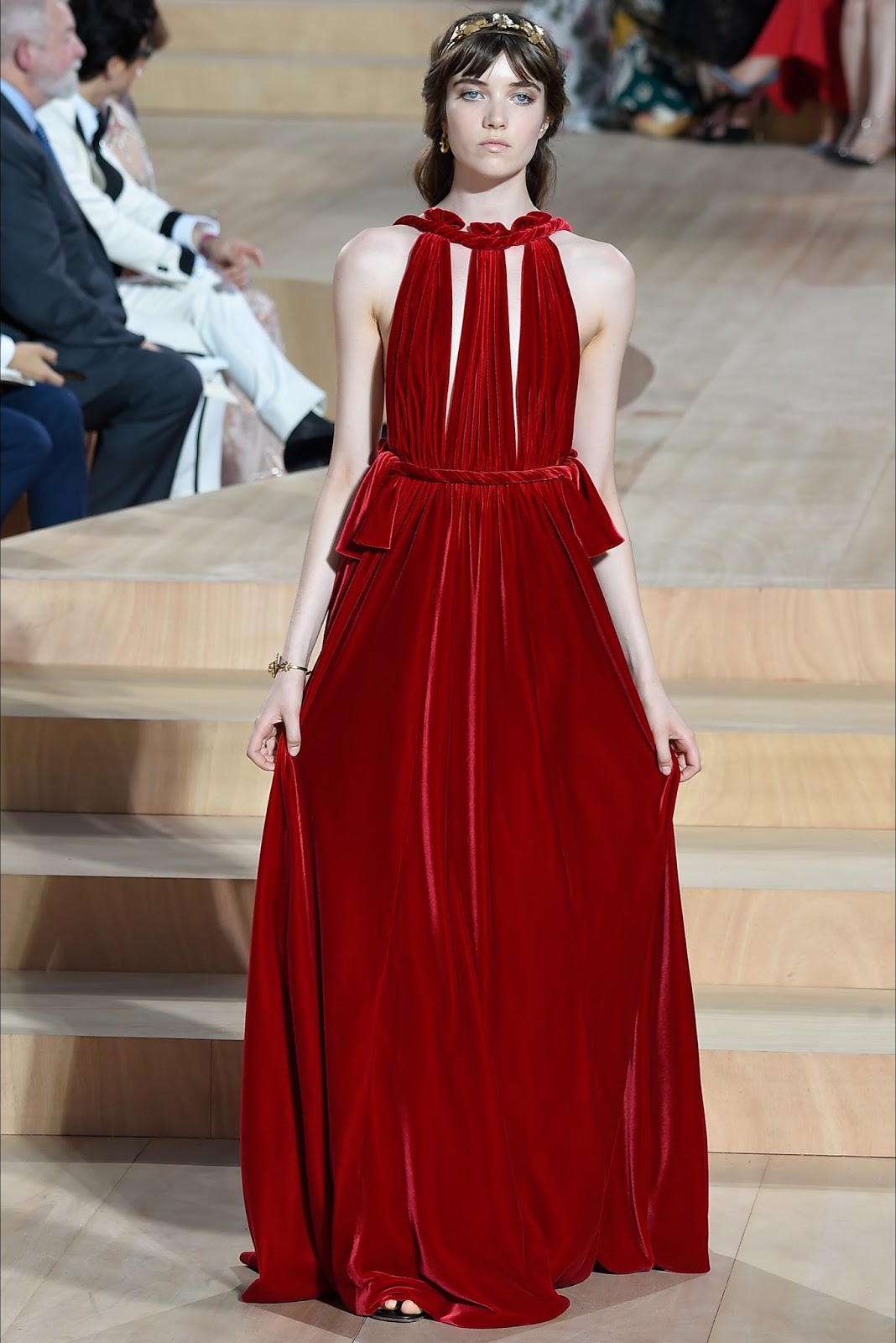 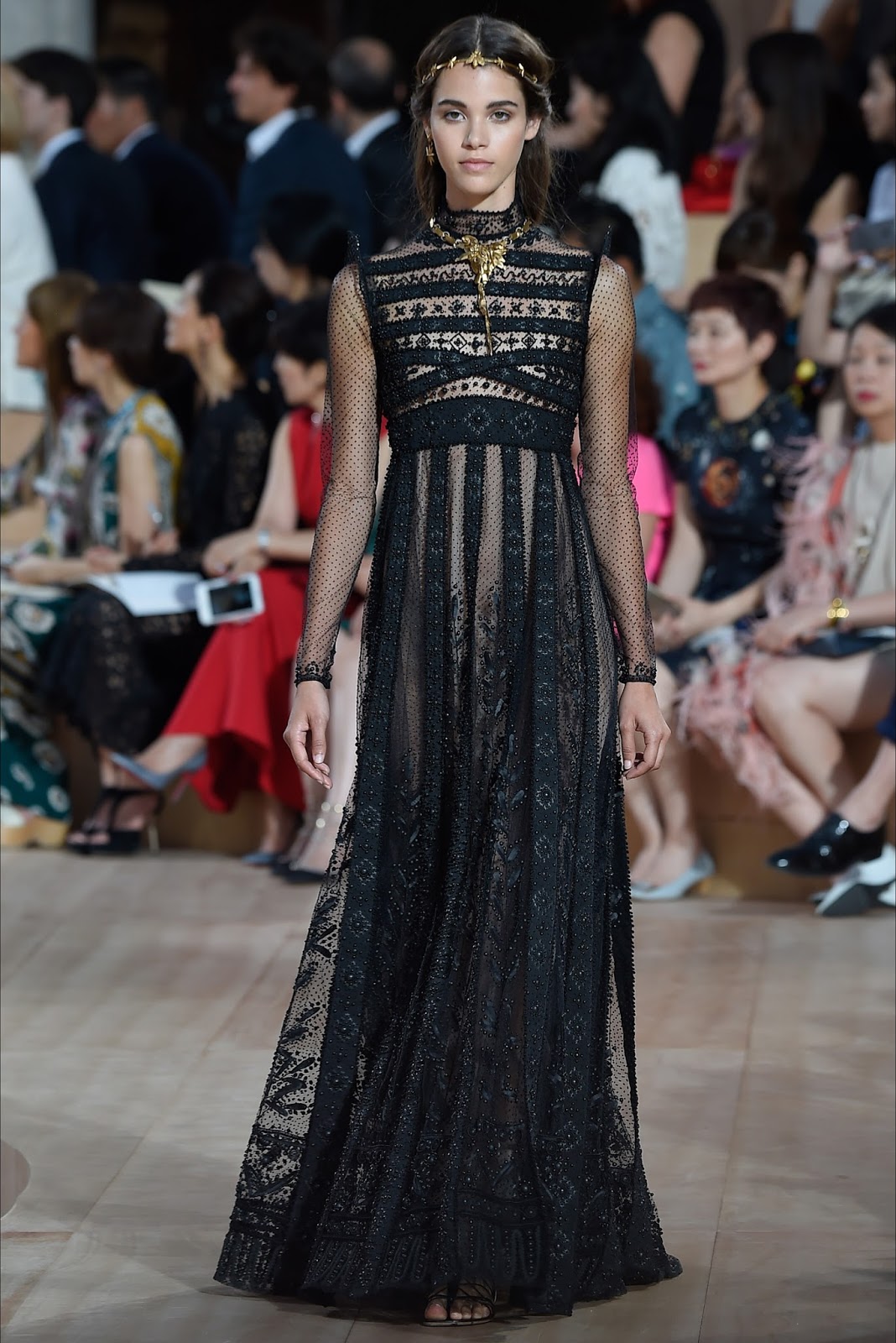 Review by Alessio de’ Navasques
“Valentino returns to the Eternal City in Piazza di Spagna, where it all began 50 years ago at the atelier in Piazza Mignanelli, to enthrall us with a fairytale infused with an ethereal lightness.” 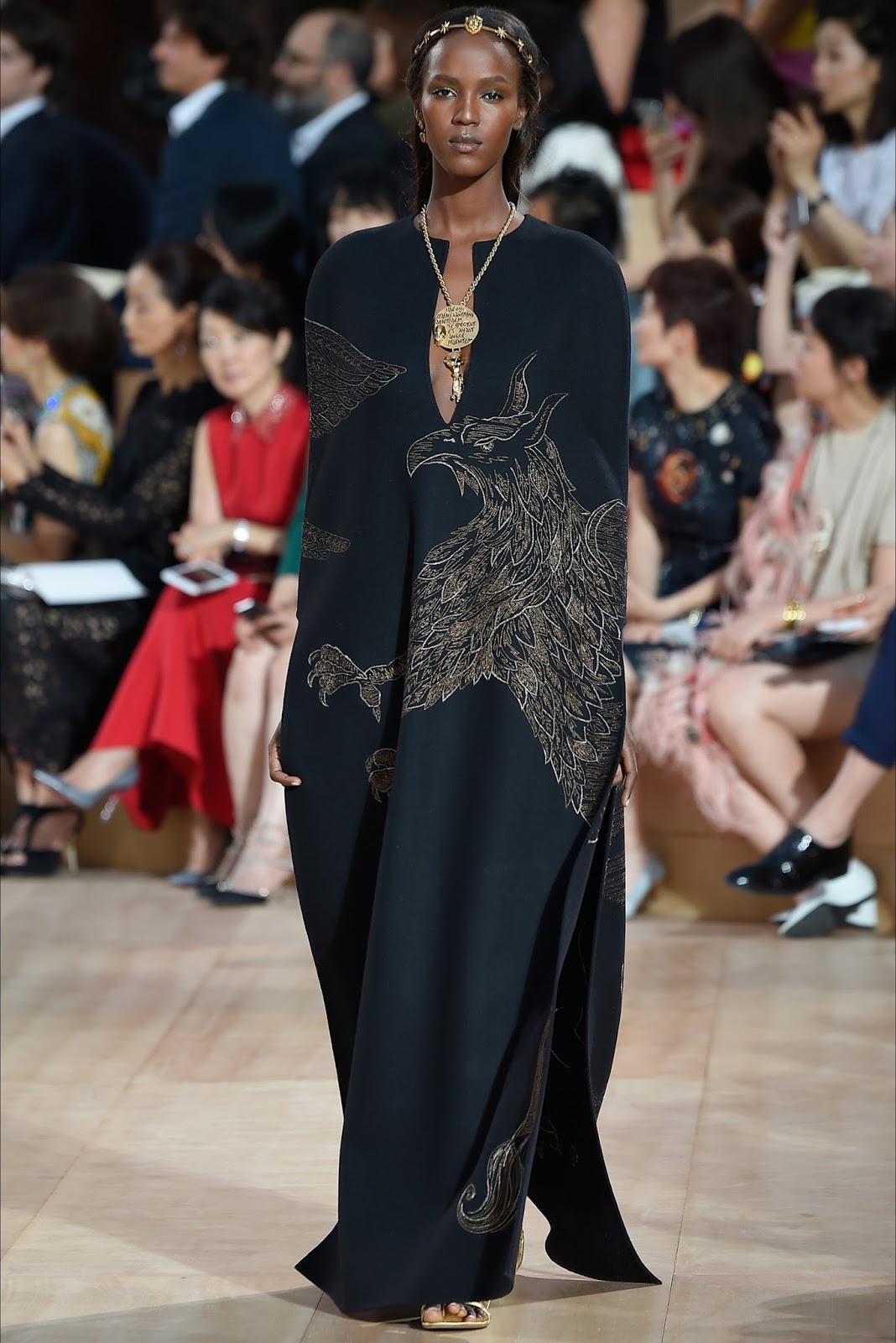 “More than 800 guests gathered in the square of the historical atelier transformed by a setting conceived by Roman artist Pietro Ruffo and symbolizing a Roman forum, almost an allegory of that idea. Maria Grazia Chiuri and Pierpaolo Piccioli revealed all the splendor of the Eternal City, offering guests yet another chance to discover it with a widespread exhibition of their creations at several of Rome’s most secret, evocative places, including the studio of Luigi Ontani, Palazzo Doria Pamphilj, and the warehouse of Rome’s Teatro dell’Opera.” 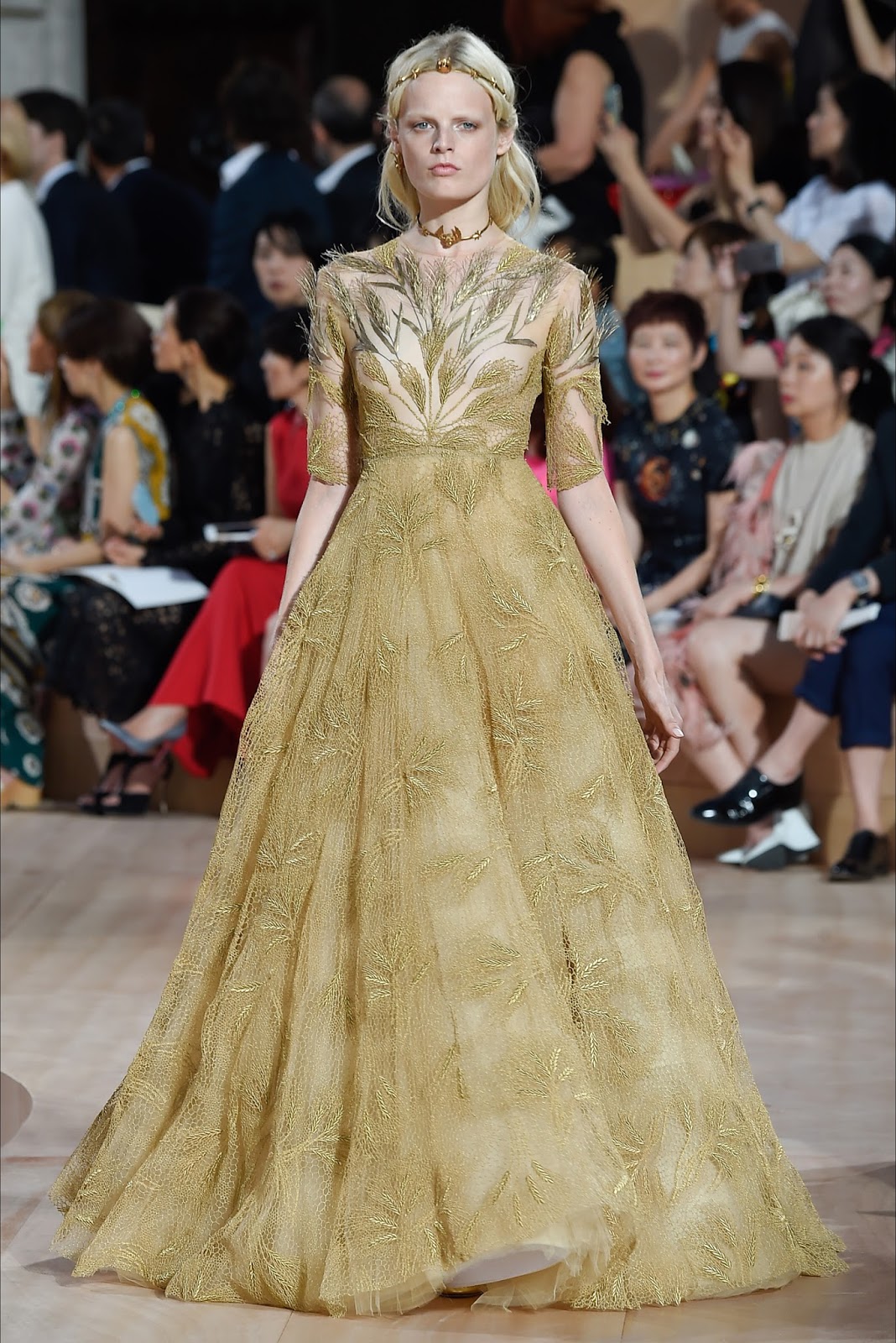 “The Haute Couture collection drew inspiration from the sanctity of a late Imperial, Byzantine, and medieval Rome. It featured vibrant, regal colors such as black, gold, and red on soft, flowing dresses in chiffons, silks, and velvets. Other volumes unfolded in stripes and bands that almost seemed to echo the leather fringes found in Roman armor.” 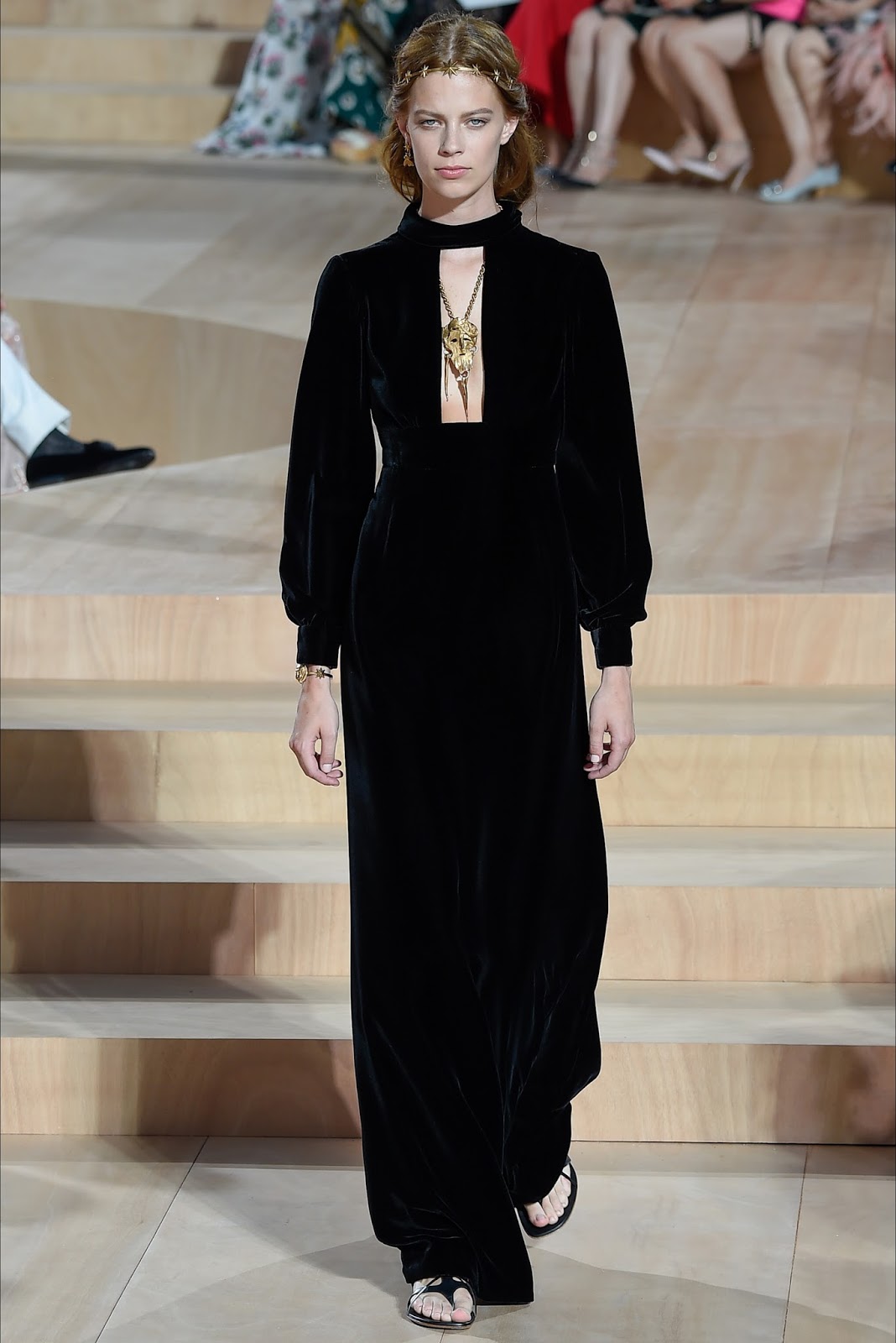 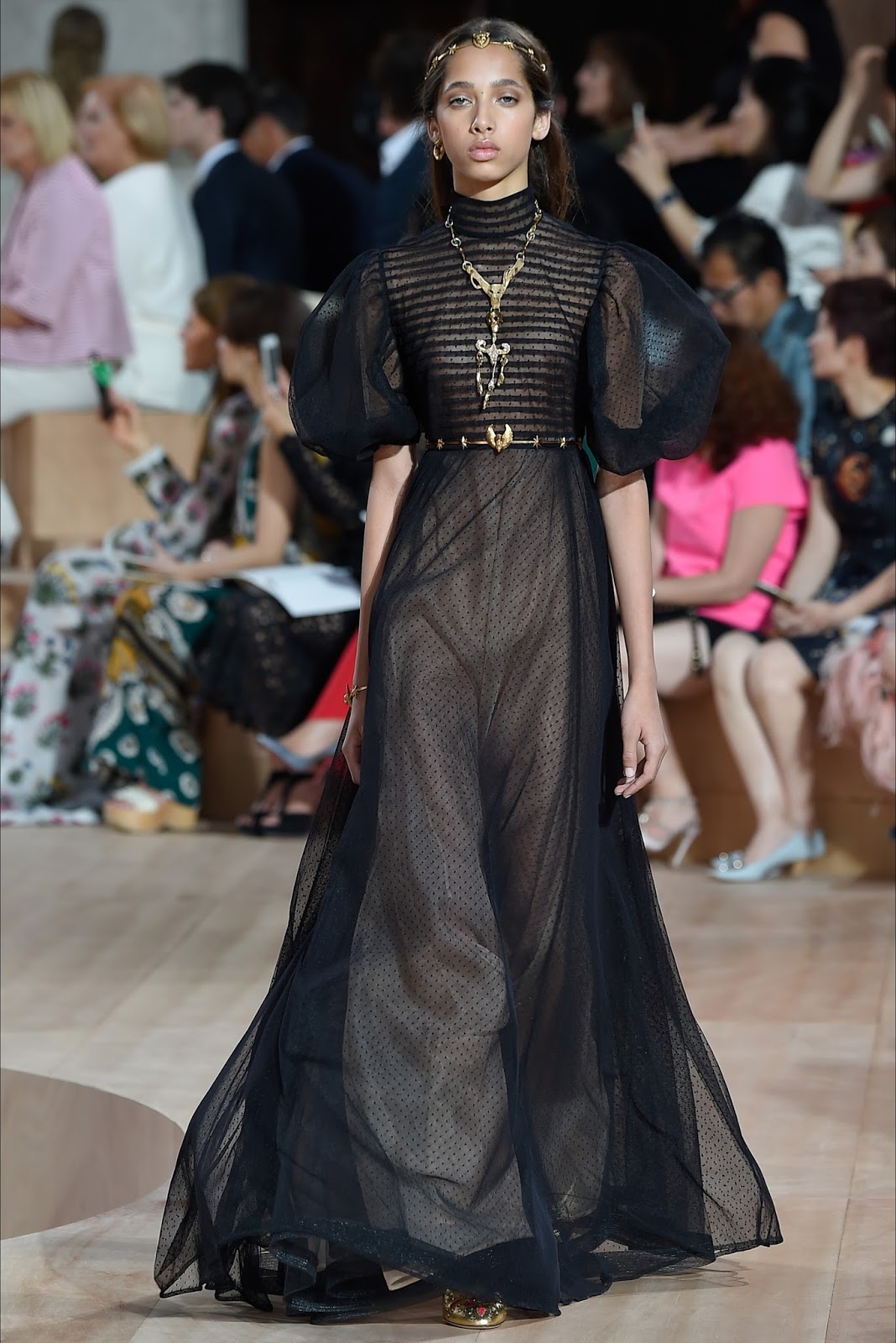 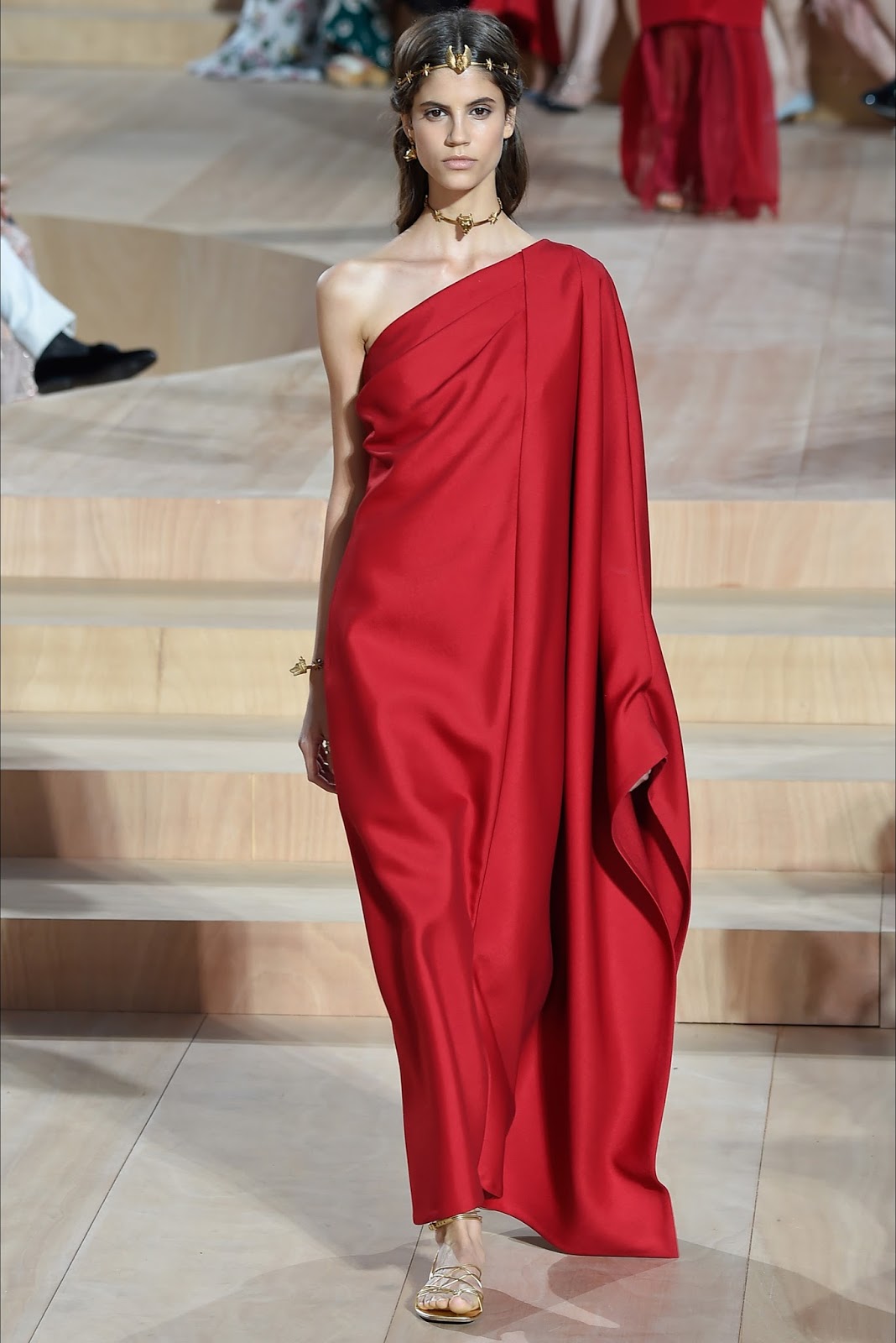 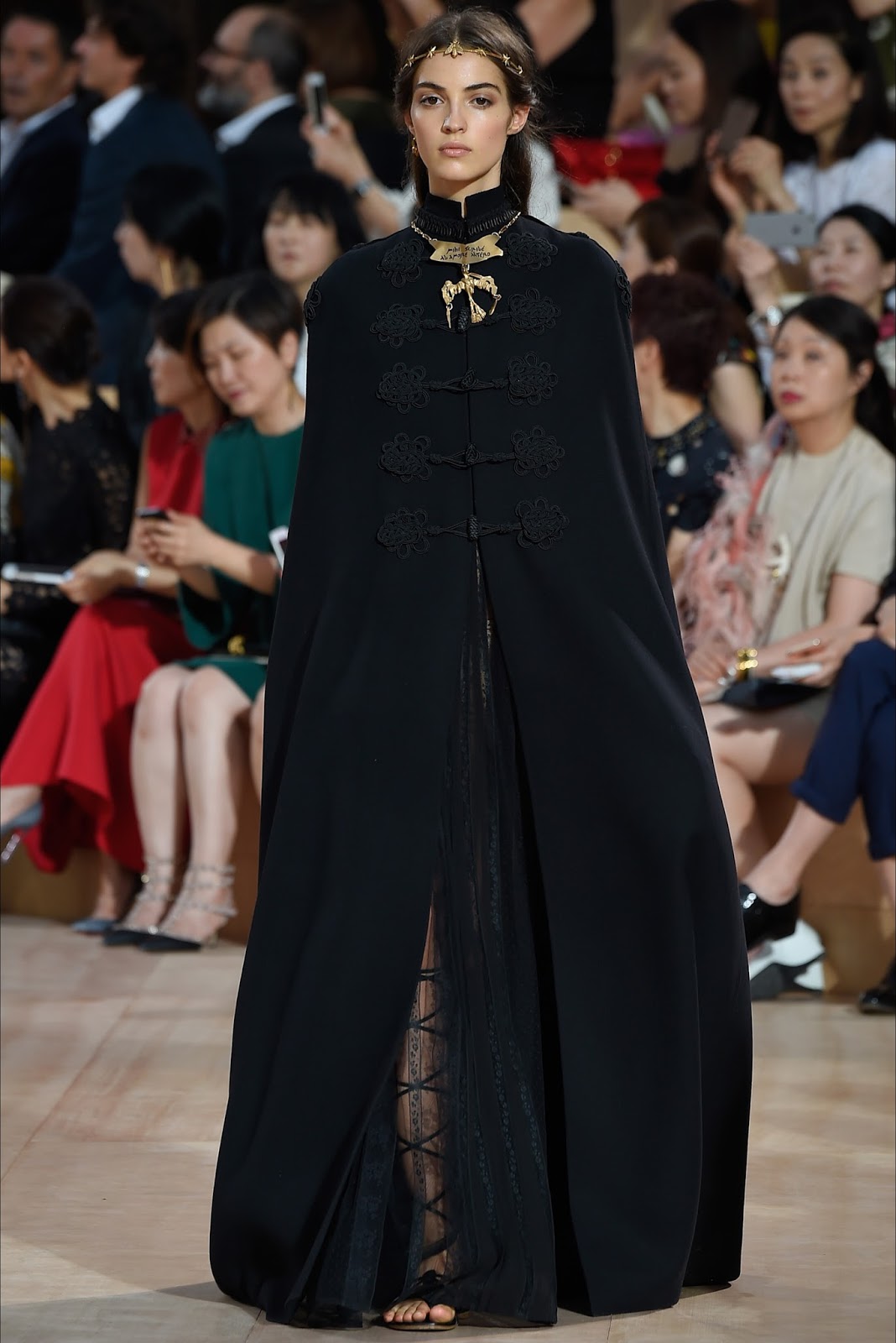 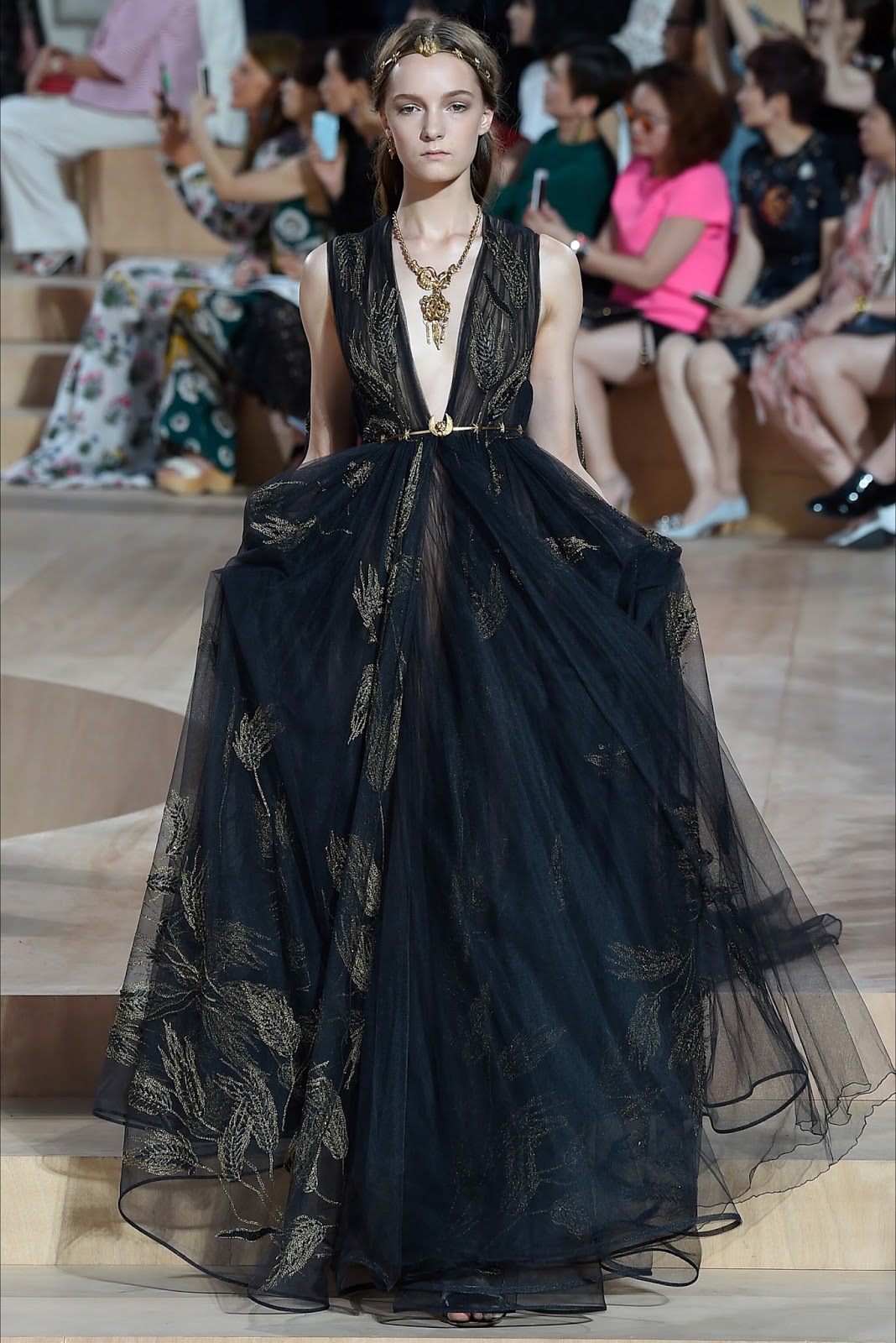 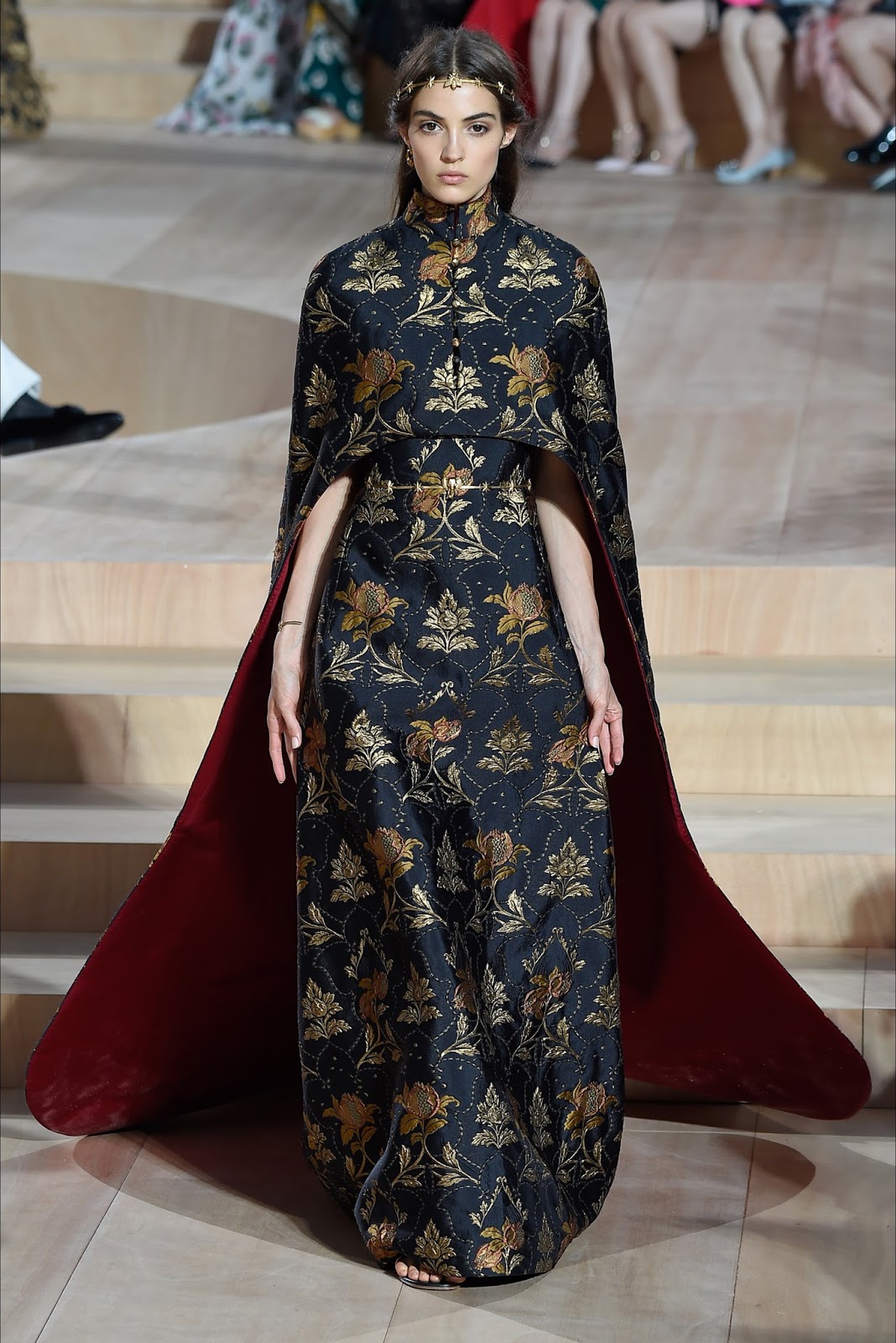 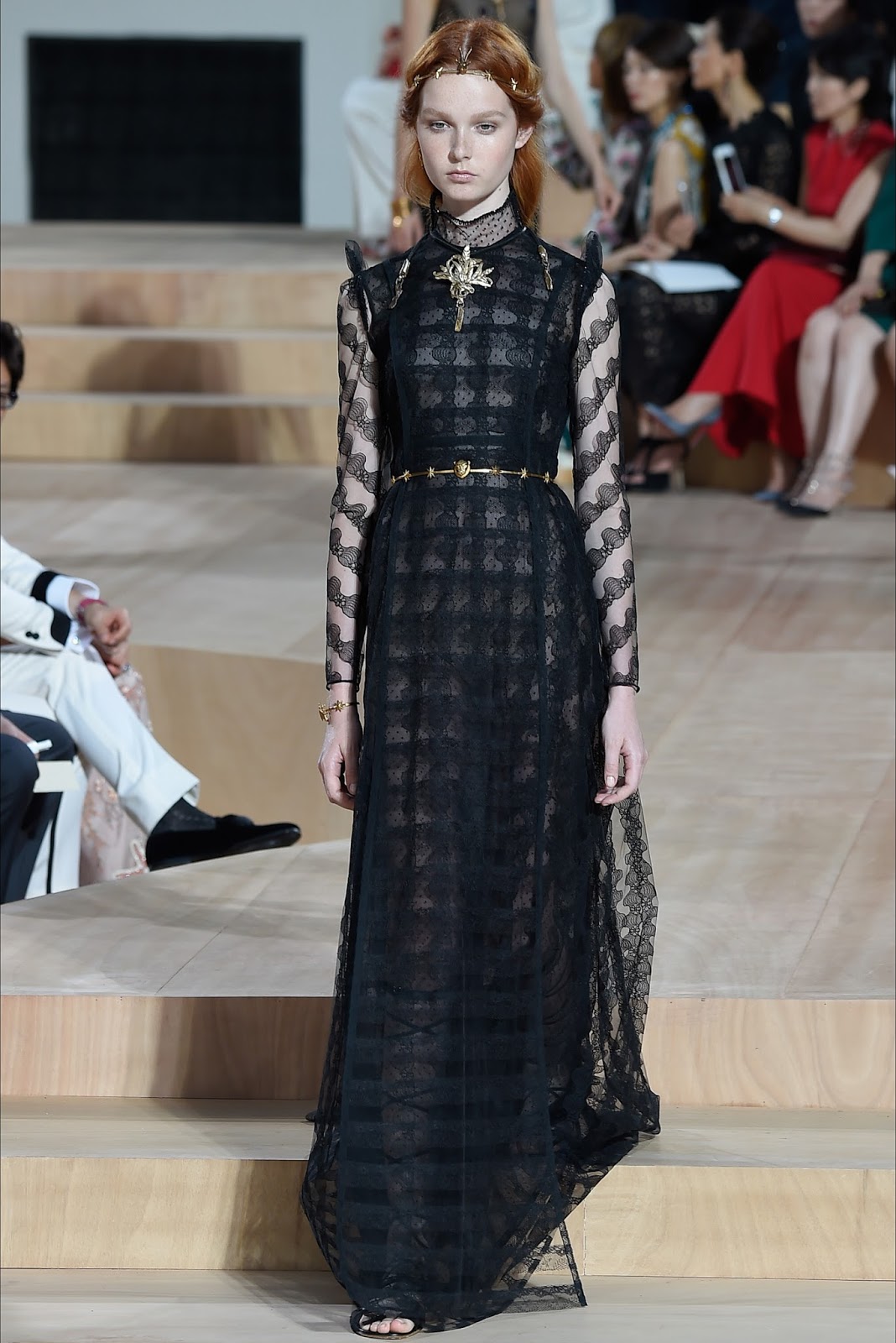 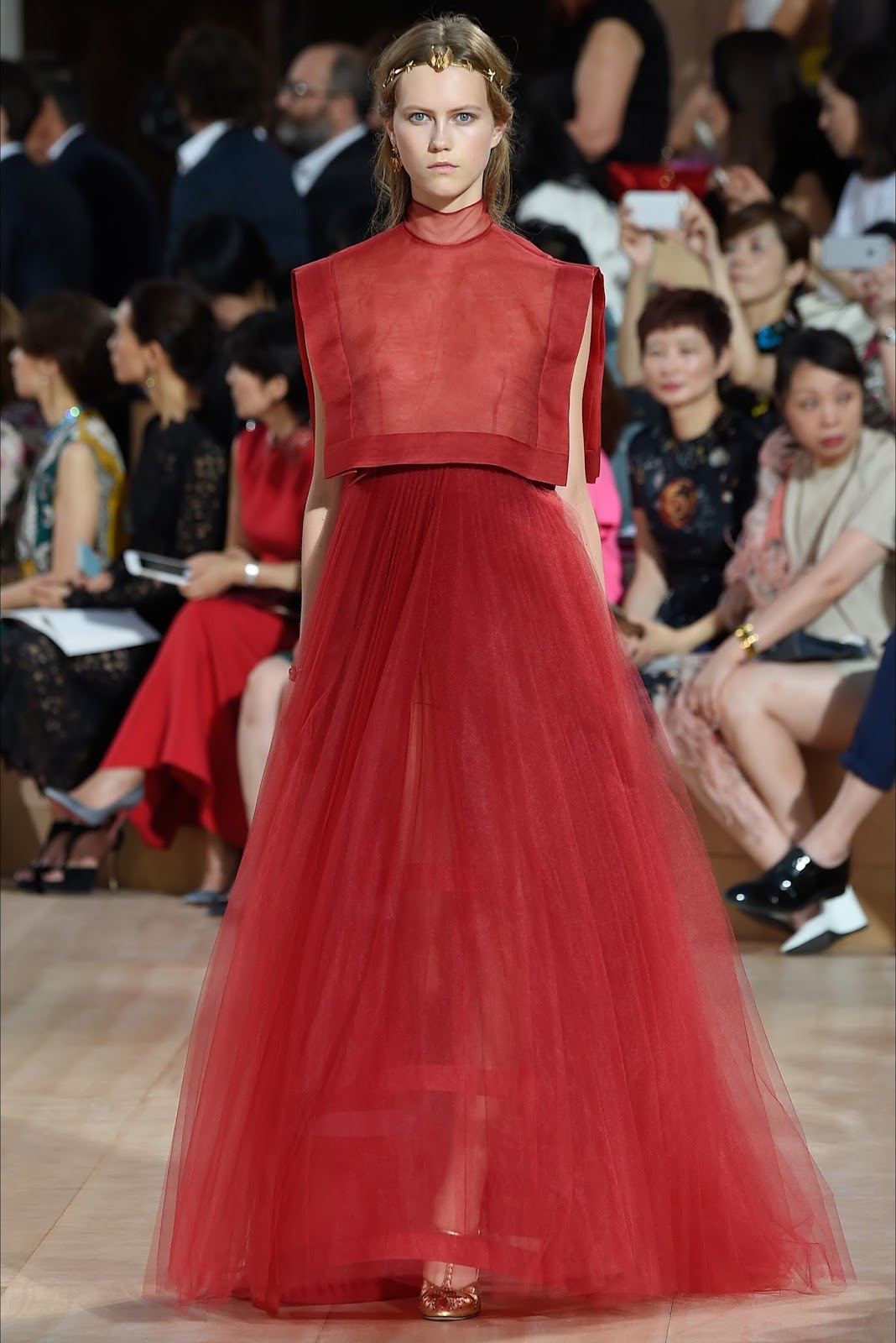 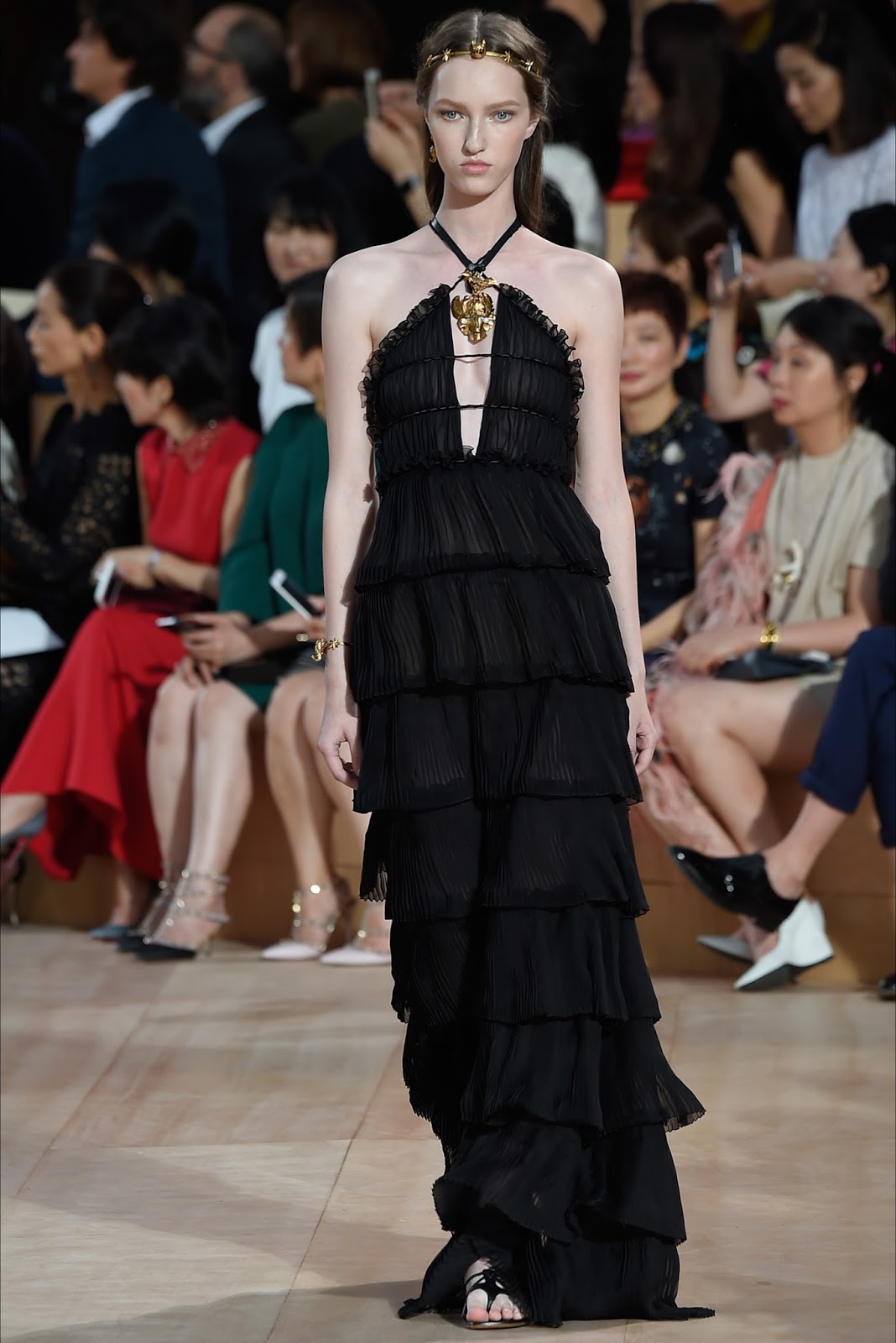 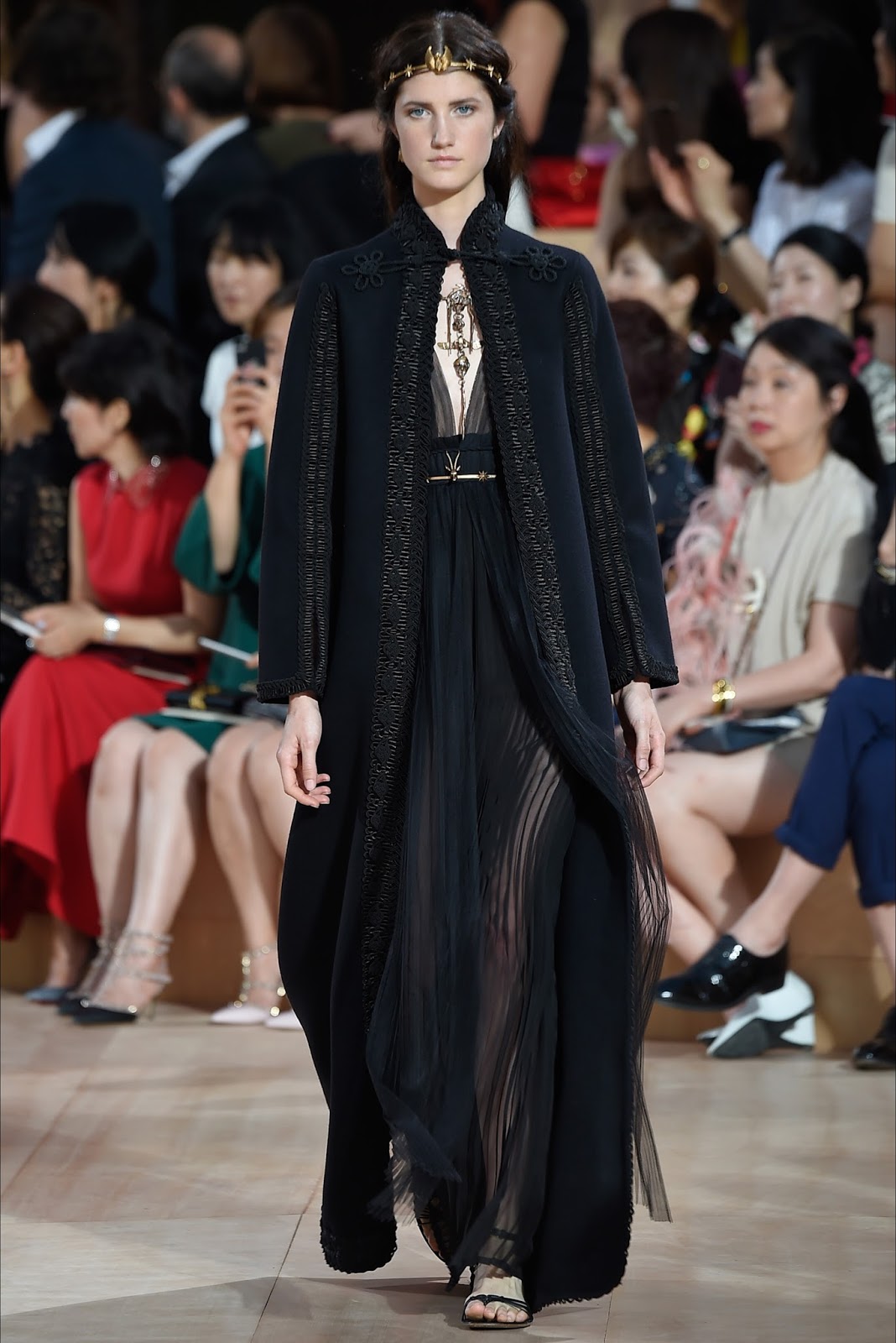 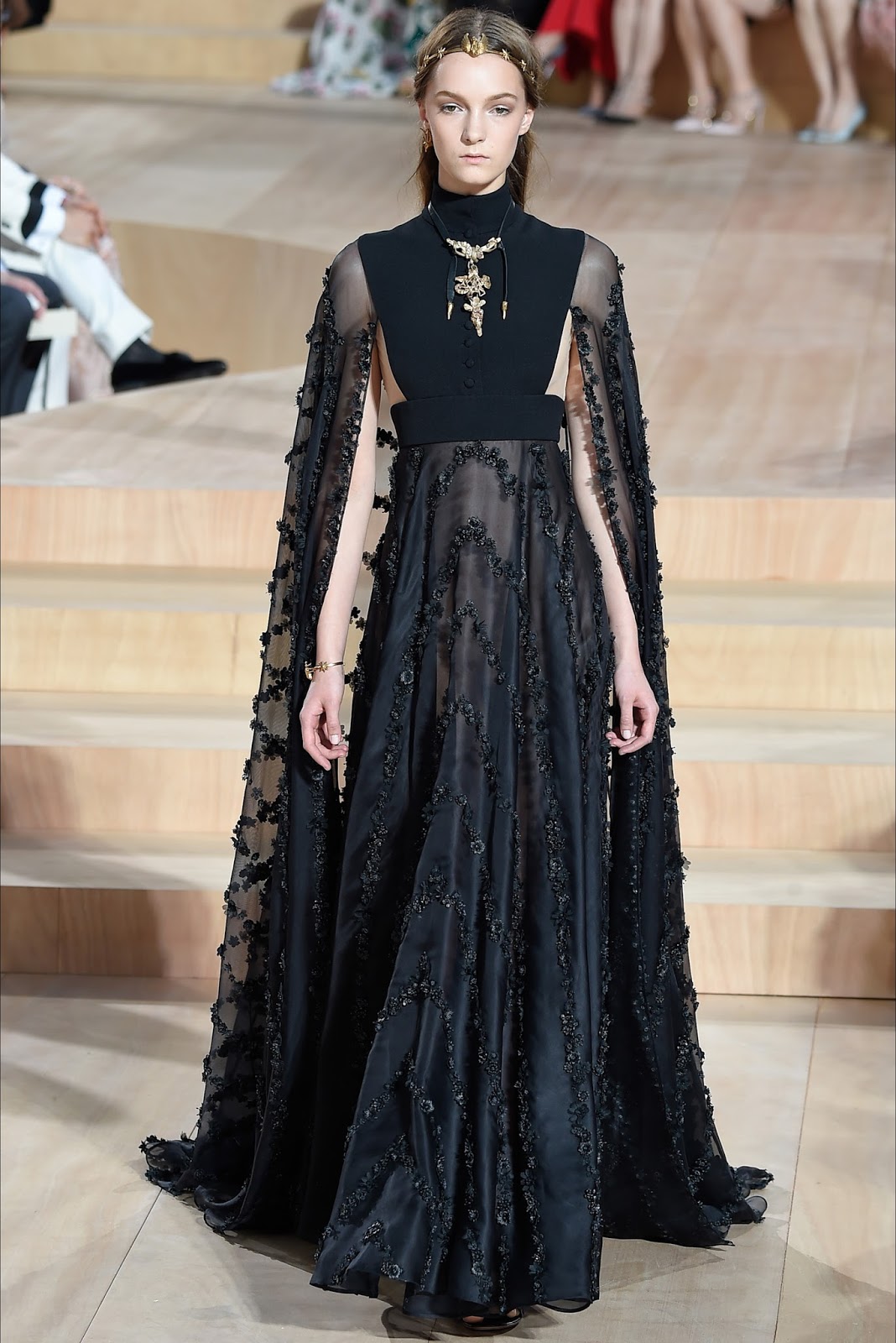