A French national heritage site in southern Burgundy wrapped by nearly 250 acres of fields and forest and located 70 minutes by train from the capital.
Its architecture spans almost the entire age d’or: the early-1700s north façade, mirrored in a meandering lake, is lusciously Baroque, while the circa-1770 south side exemplifies the neoclassical restraint of the Burgundian architect Edme Verniquet. 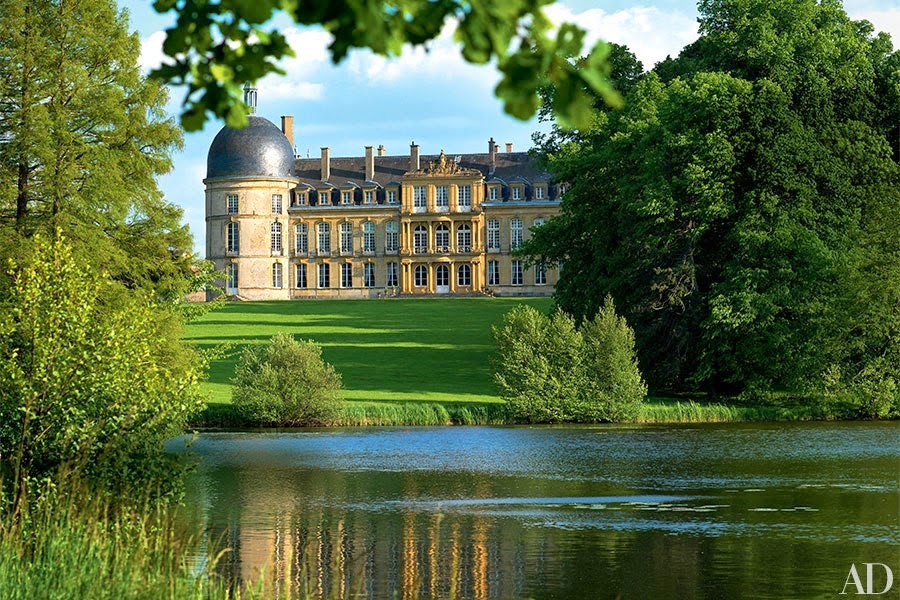 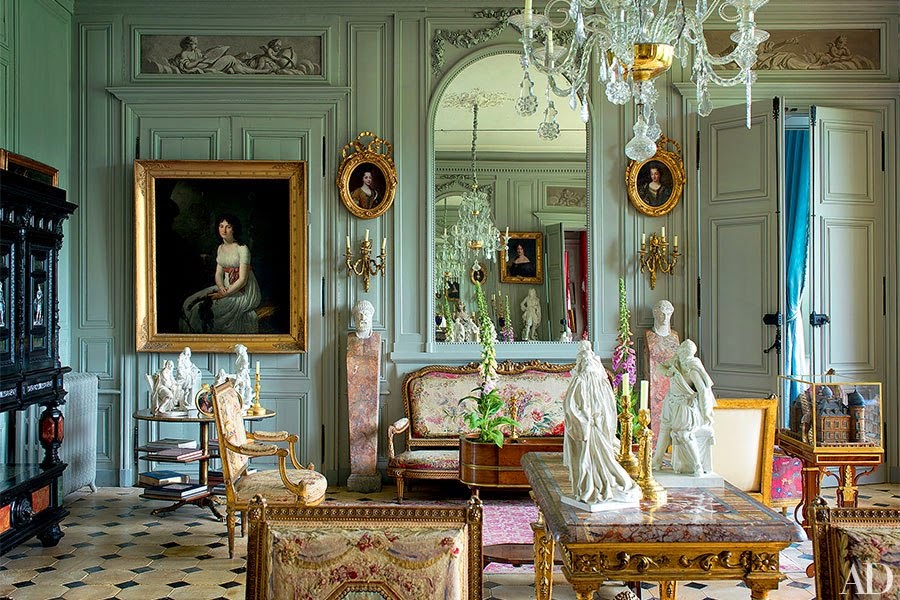 Central Salon
Resting beneath a mirror in the same room is a gilt-wood canapé that belonged to the 18th-century hostess Madame Geoffrin; the antique Sèvres statuettes depict literary figures. 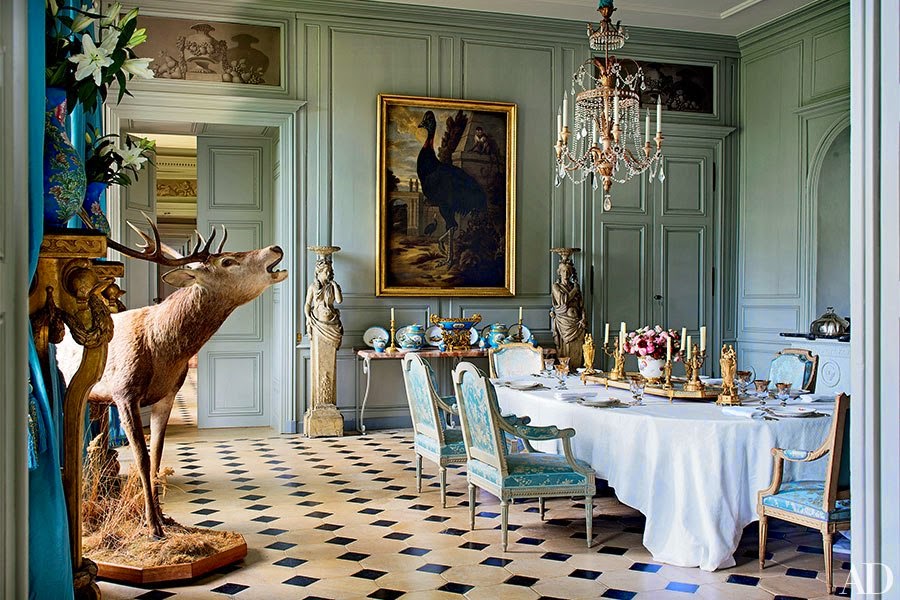 Dining Room
The north dining room is furnished with an 18th-century Italian chandelier, a Francis Barlow painting of a cassowary, and Louis XVI chairs. 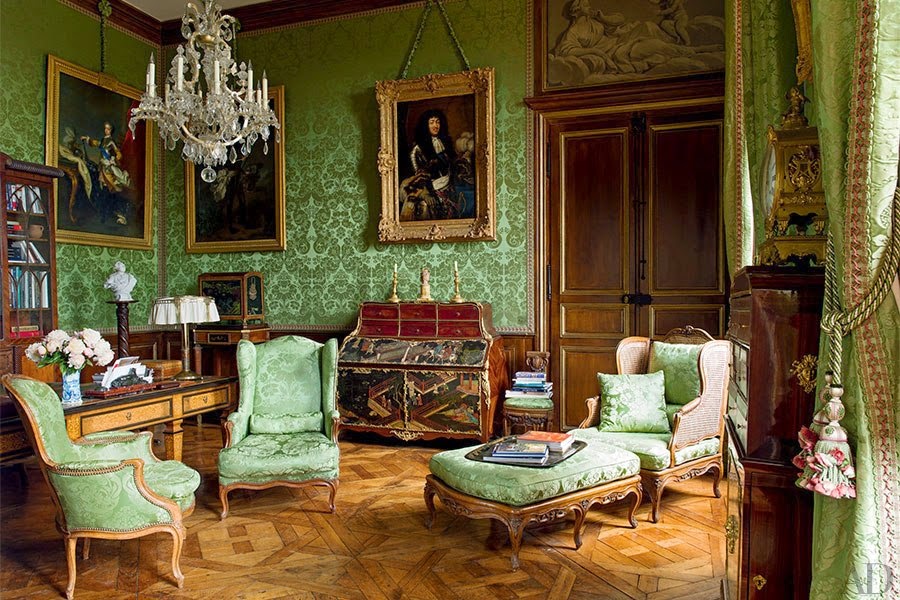 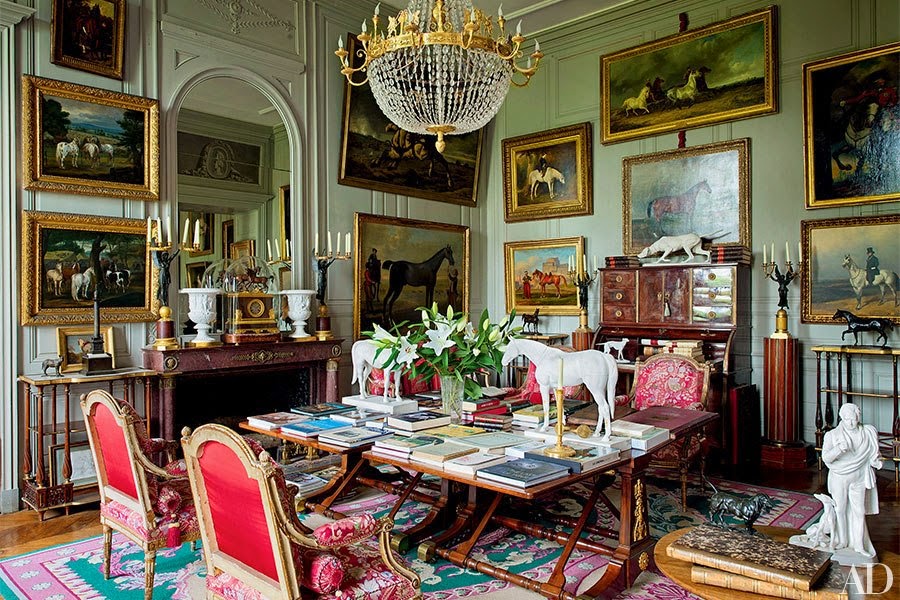 Double Salon
On one side of the double salon, mahogany tables used by Napoléon during his Elba exile stand on a carpet from Carlos de Beistegui’s Château de Groussay, which Remilleux once owned; the equestrian paintings include works by John Wooton, Eugène Delacroix, and Carle Vernet. 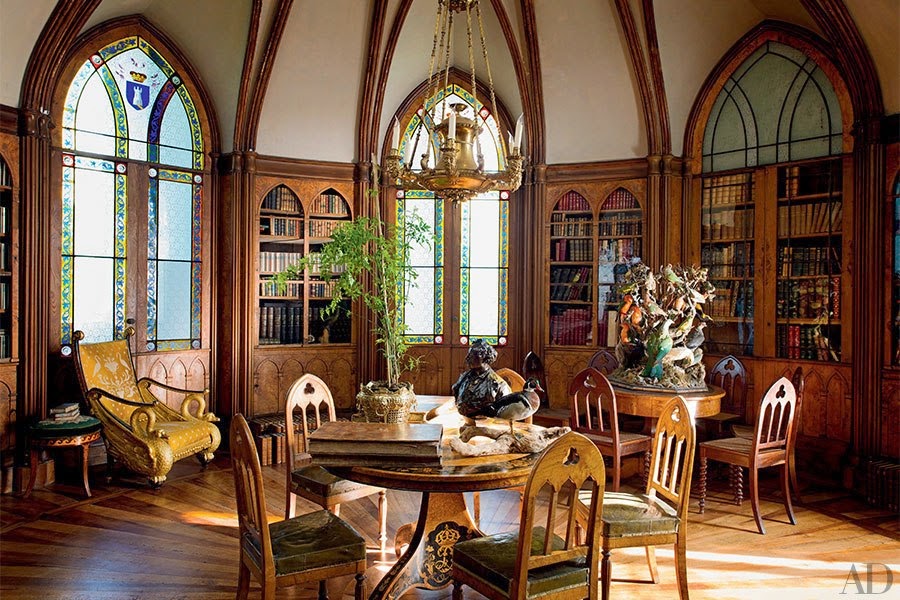 Library
The neo-Gothic library was built around 1825 for Aimé, Comte de Moreton-Chabrillan, a previous owner of Digoine.
The English marquetry center table is surrounded by chairs made in 1807 for the exiled Louis XVIII of France, and the gilt-mahogany swan armchair, at left, is a circa-1800 design attributed to Jacob Frères. 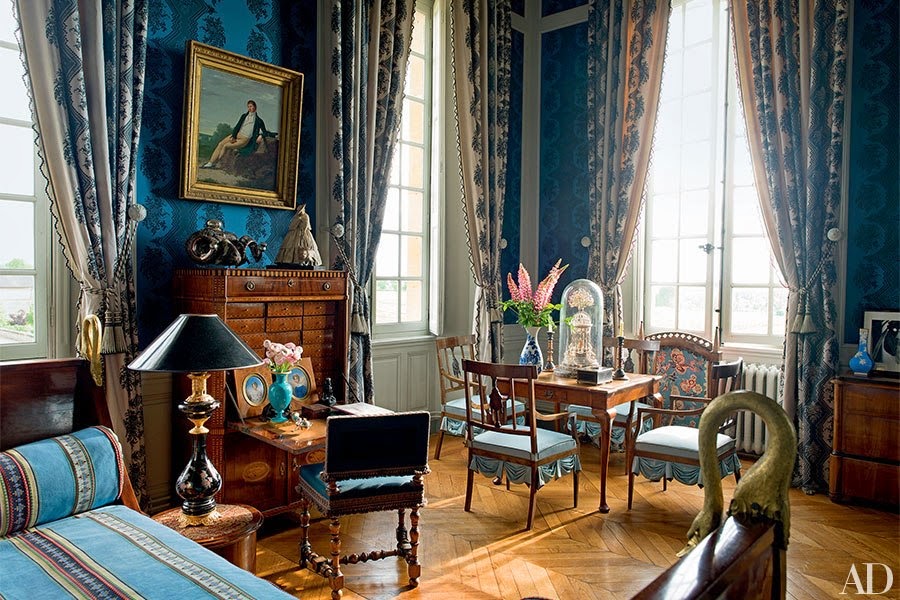 Bedroom
One of the château’s 15 bed rooms is outfitted with furniture and objects that belonged to the decorator Madeleine Castaing; Edmond Petit fabrics by Castaing were used for the walls and curtains. 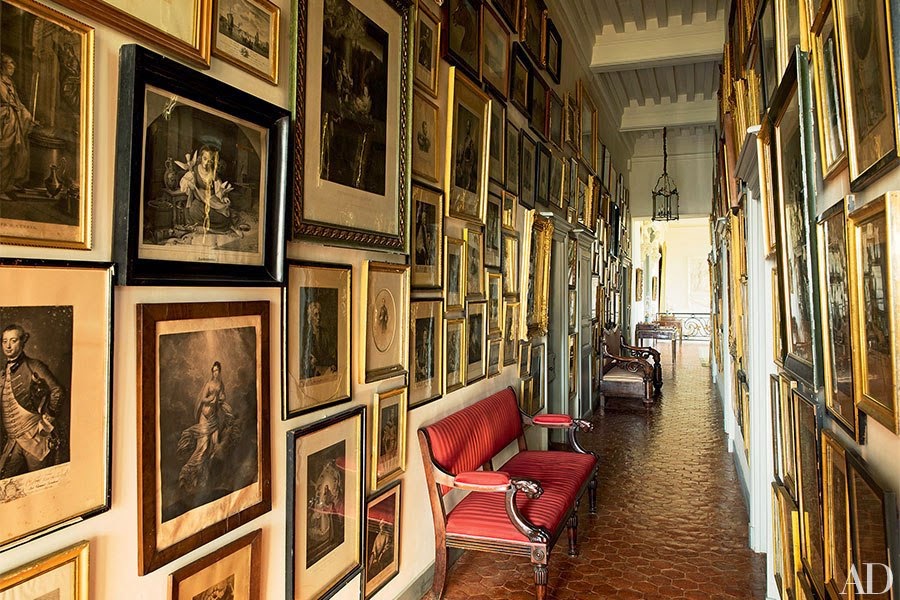 Hall
Antique etchings line a second-floor hall; the settee in the foreground is George III, and the floor is paved with terra-cotta tiles. 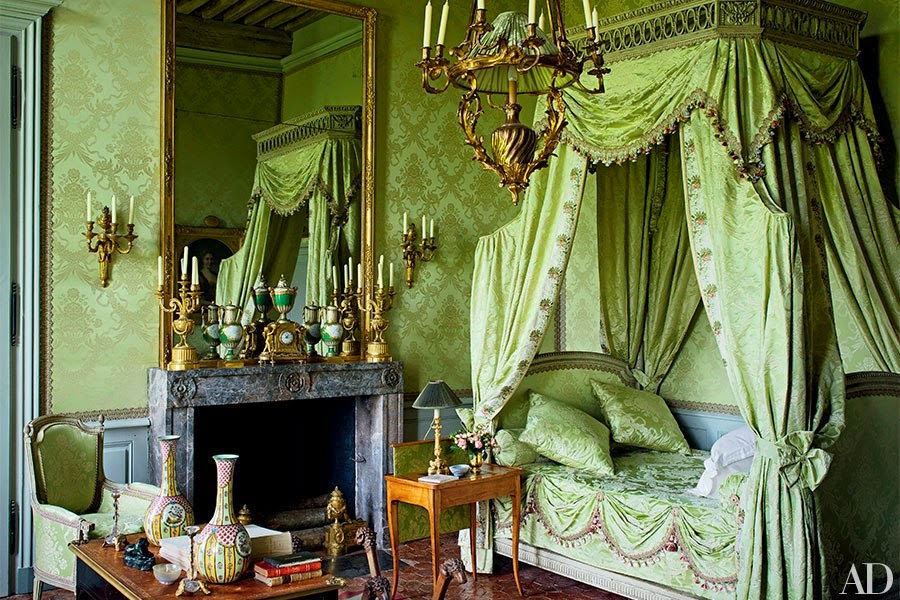 Bedroom
Anchoring another bedroom is a late-18th-century lit à la polonaise once owned by Madame Roland, a noted political activist during the French Revolution; Louis XV gilt-bronze sconces flank the mirror, and the antique bed side table features an integral screen for deflecting drafts or heat from the fireplace.