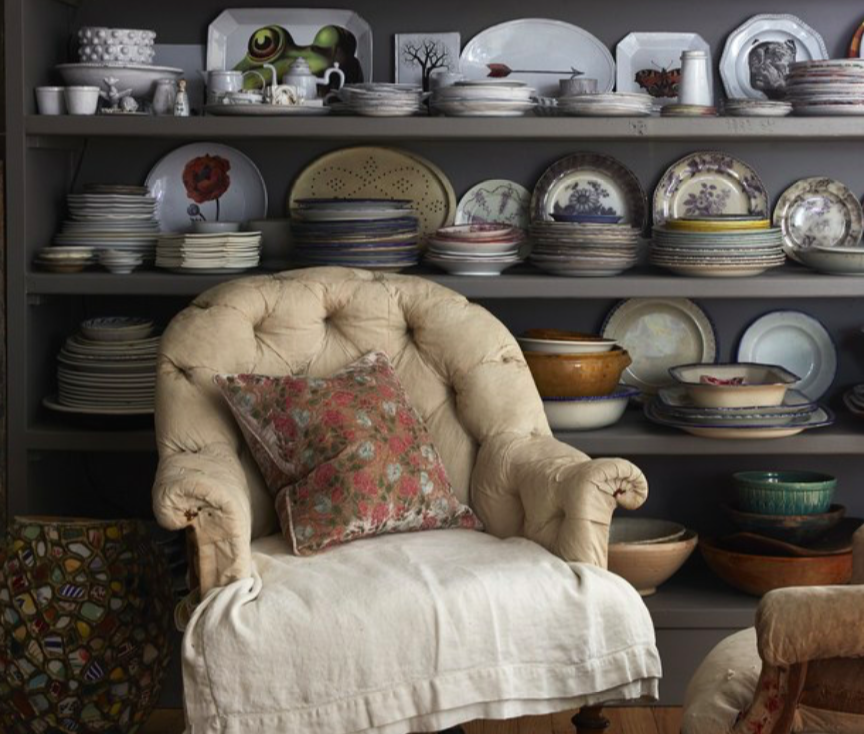 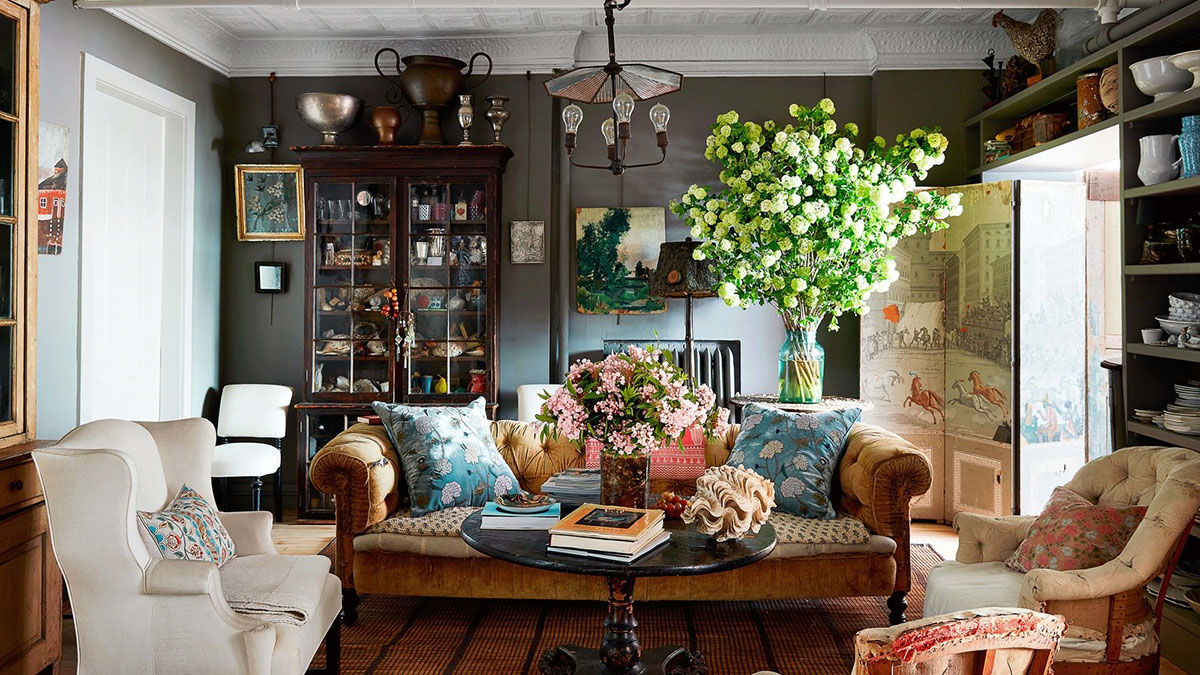 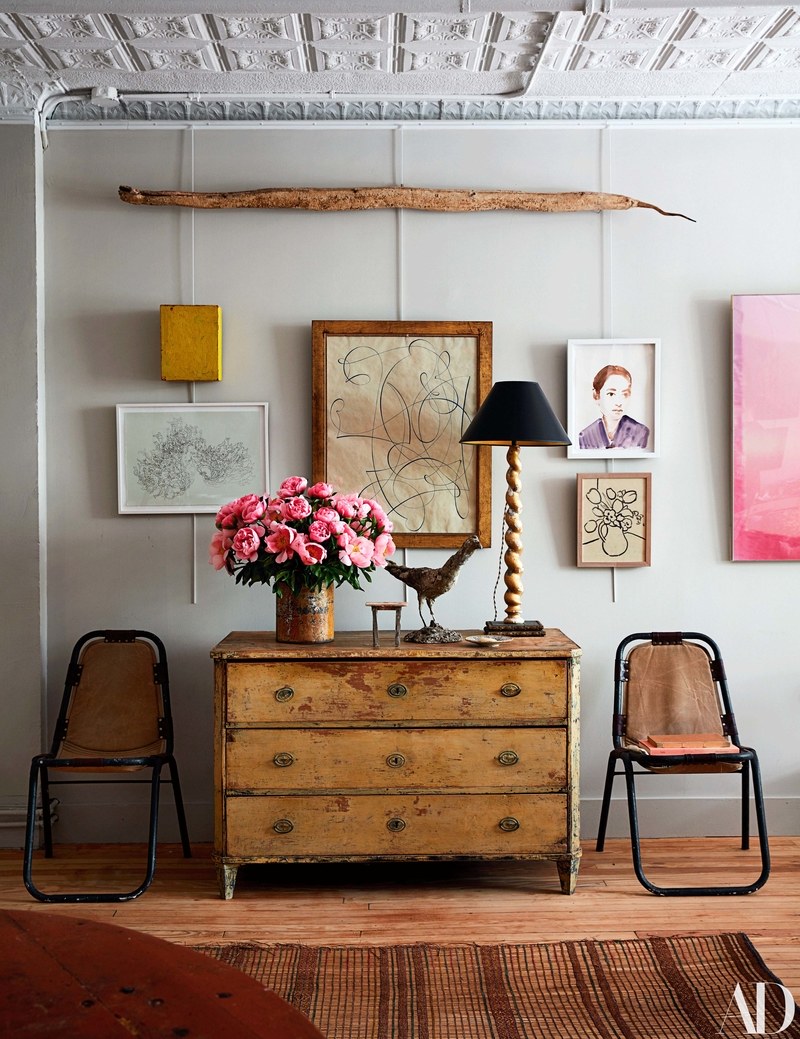 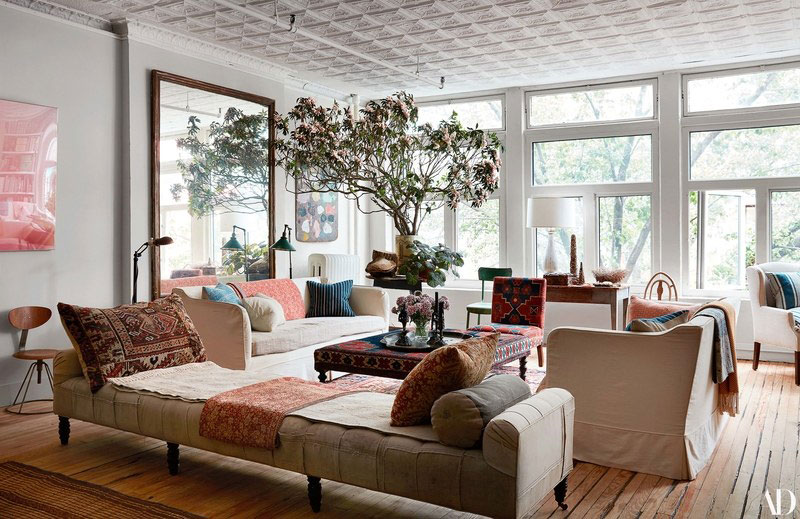 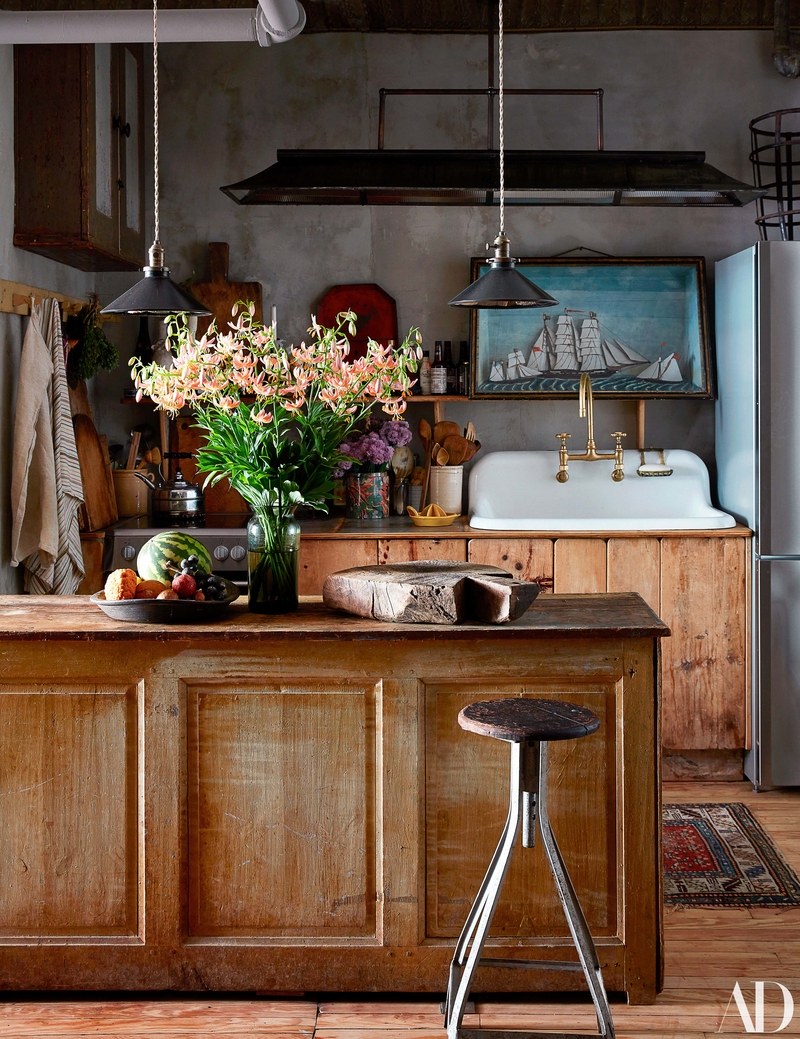 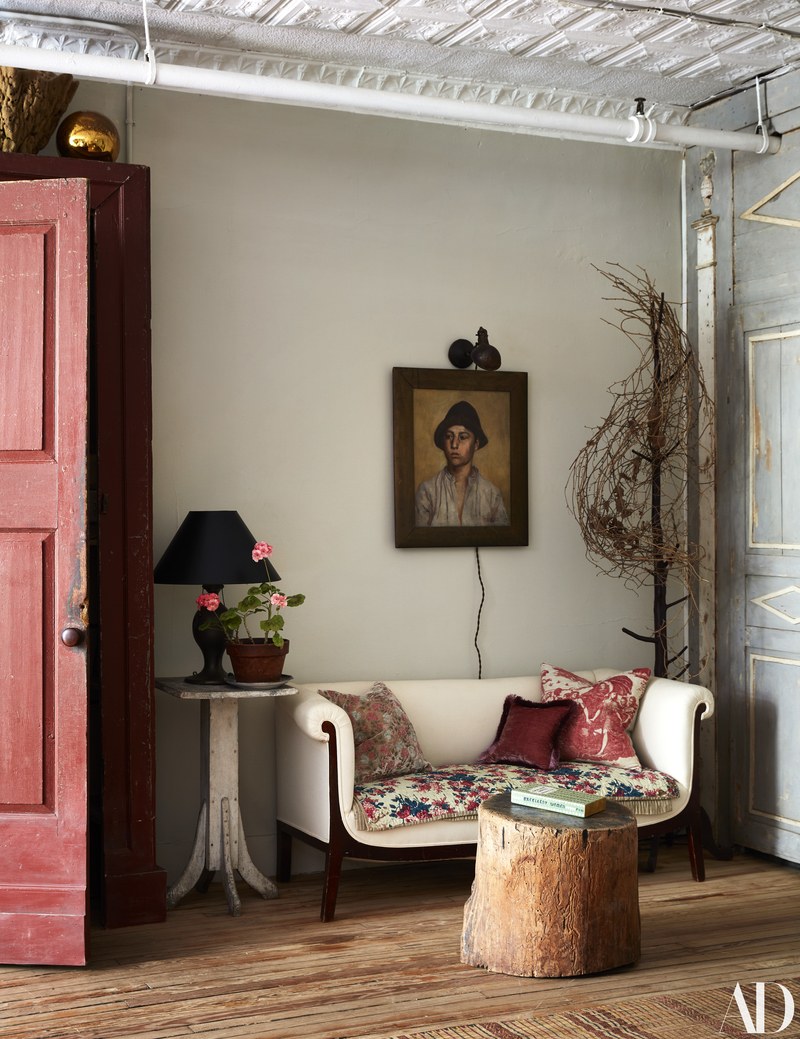 A stump table and an early-20th-century French settee in a dining area corner.
A dried plant sculpture by Christopher Bassett wraps a vintage hat tree. 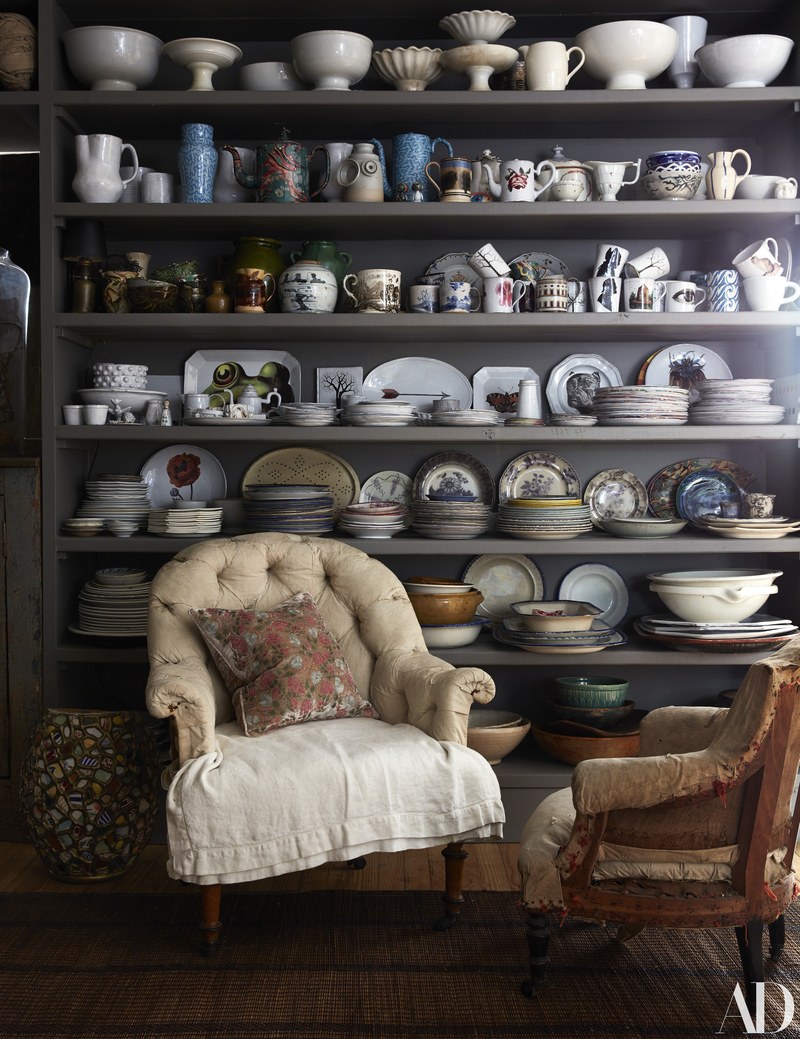 In the kitchen, custom shelving displays 18th-, 19th-, and 21st-century dishware, including pieces by John Derian, and in collaboration with Astier de Villatte. Antique French chairs. 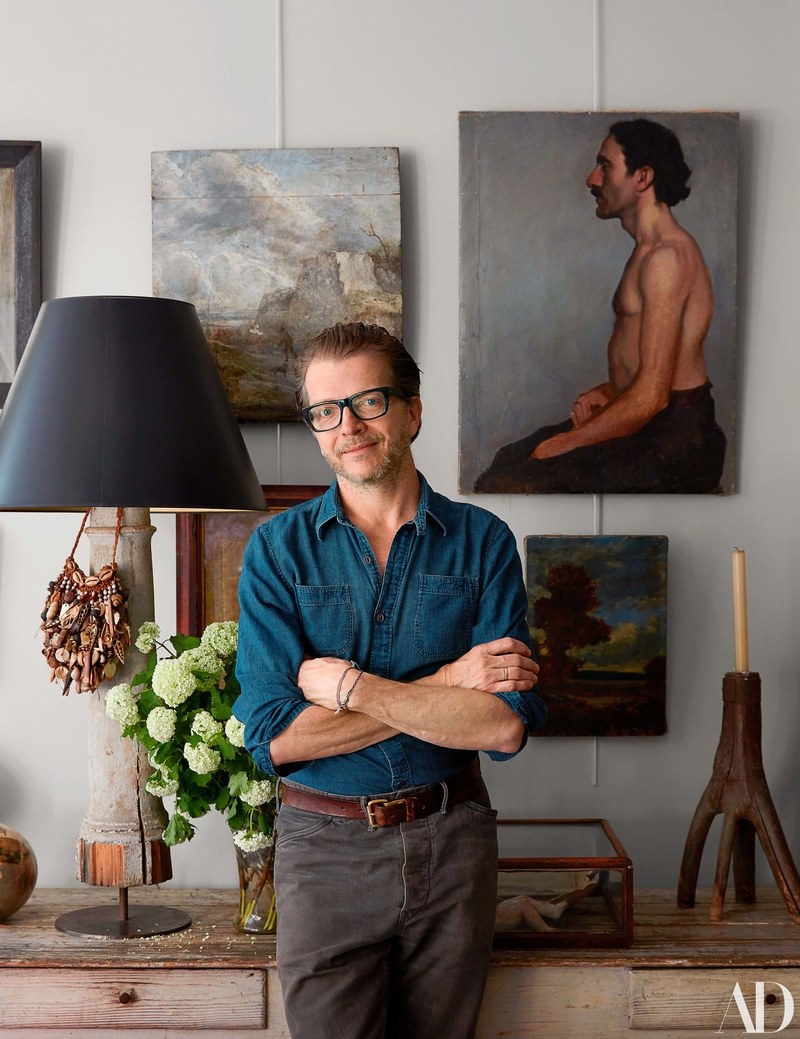 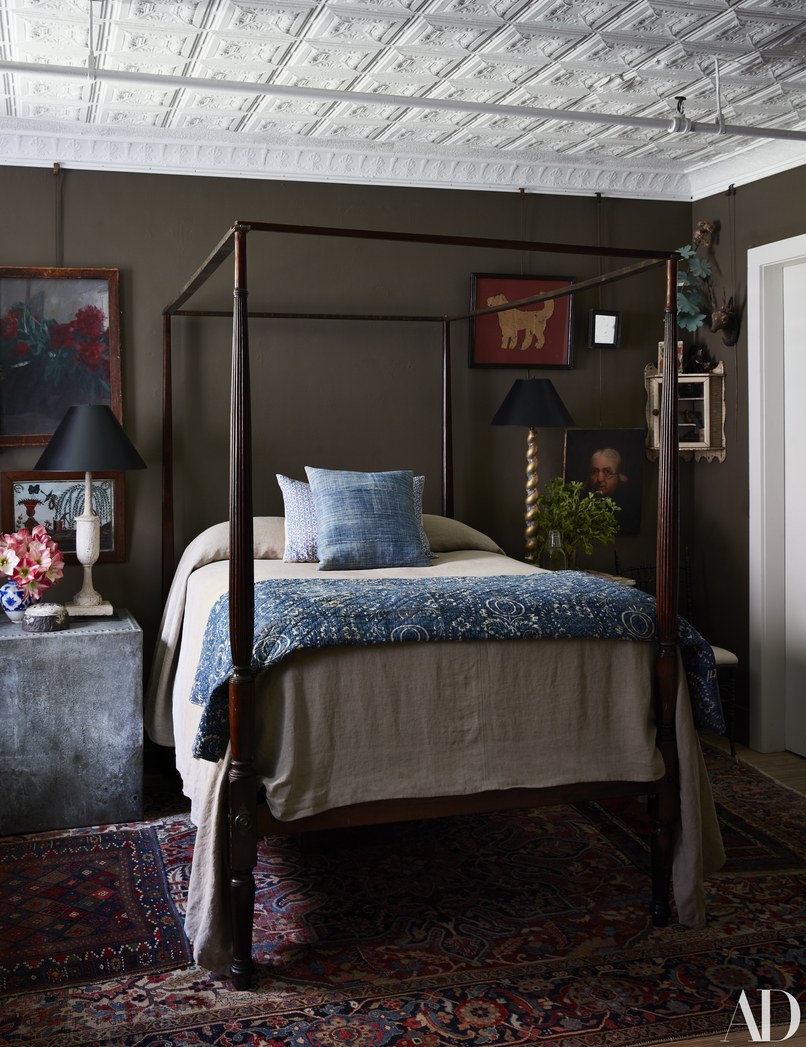 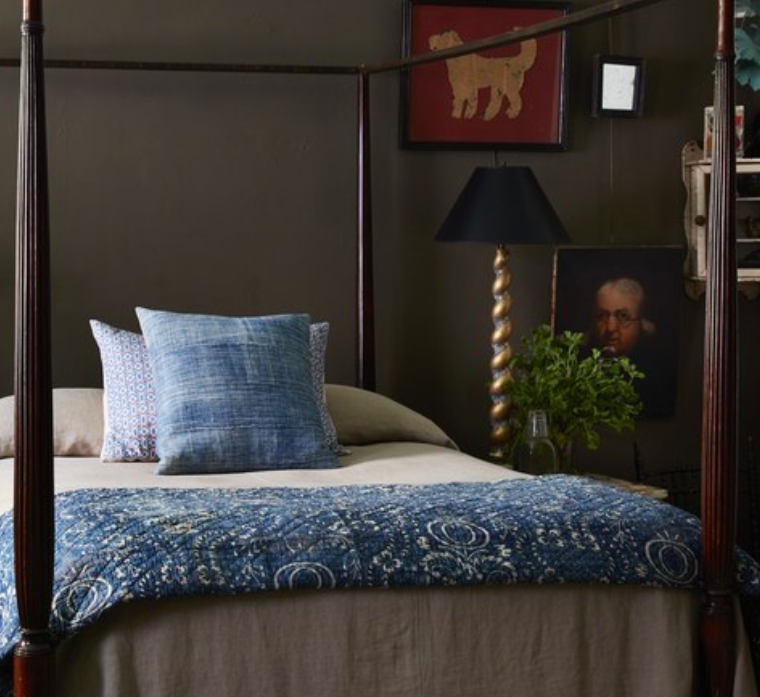 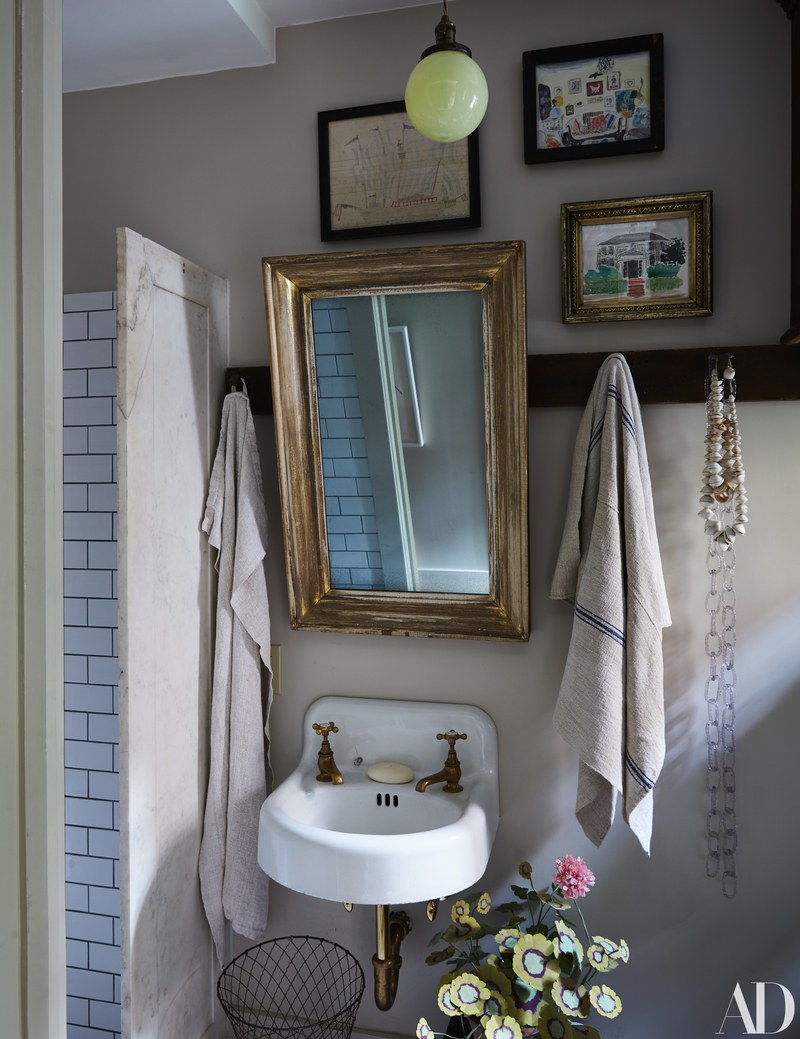 Paintings by Bella Foster and a 19th-century girl mirror hang above the c. 1920 sink in the bath.
Paper geranium by the Green Vase. 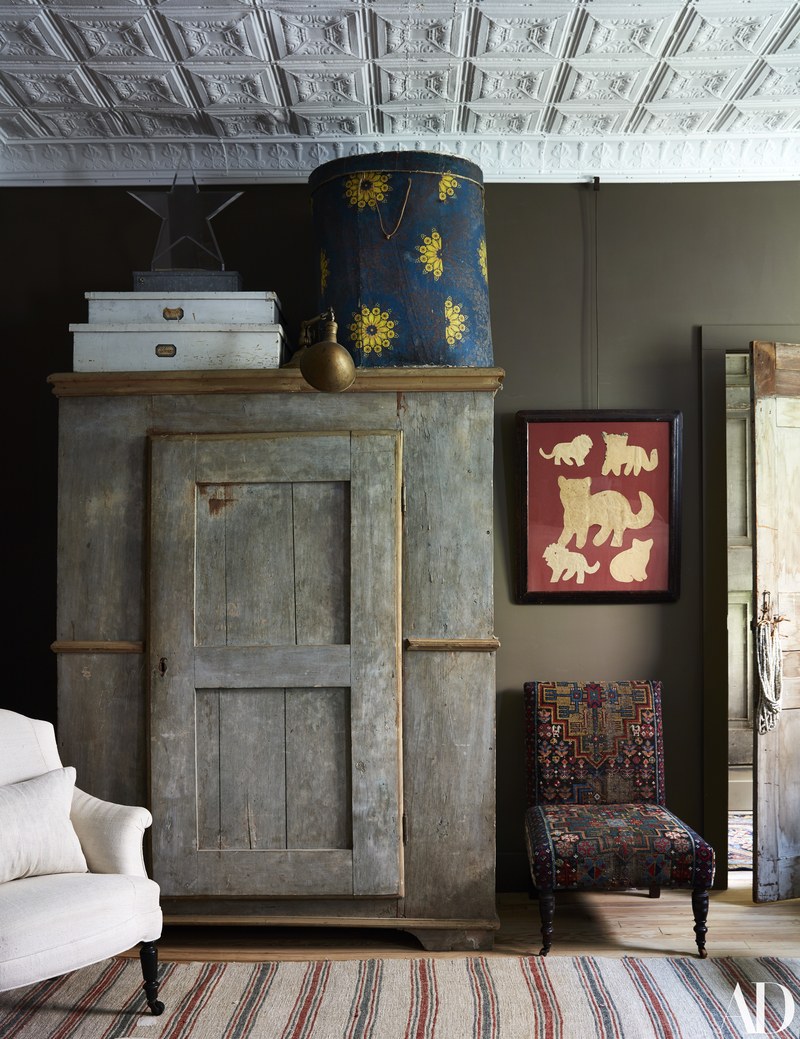 An antique hatbox sits atop an 18th-century Italian armoire in the bedroom.
The slipper chair is covered in an antique rug. On floor, 19th-century French runner. 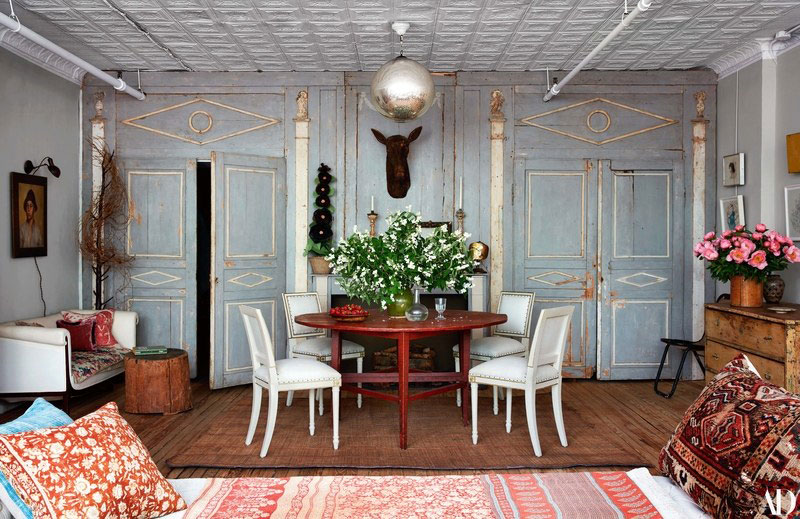 An 18th-century Swedish wall bisects John Derian’s East Village home to create living and dining areas on either side.
C. 1850 French table with chairs by John Derian for Cisco Brothers covered in a 19th-century Transylvanian linen. 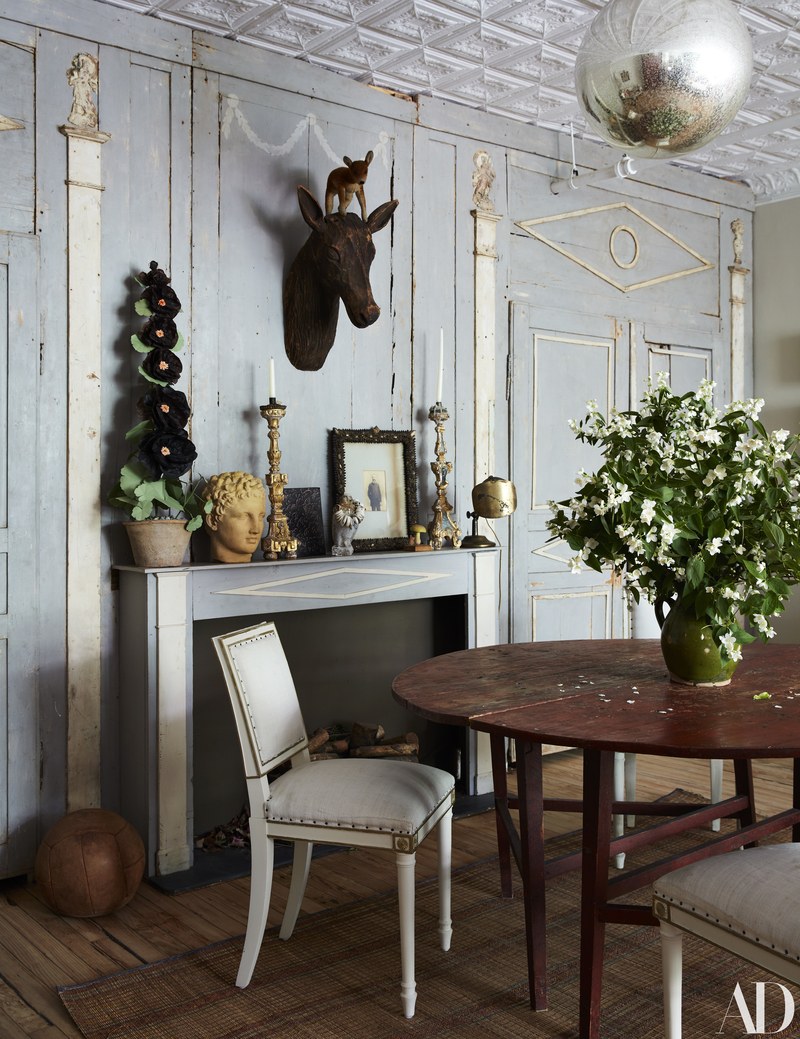 A 1900 hand-carved wood deer hangs over the dining area mantel, decorated with objects including a paper hollyhock by the Green Vase.
Oversize German kugel pendant. 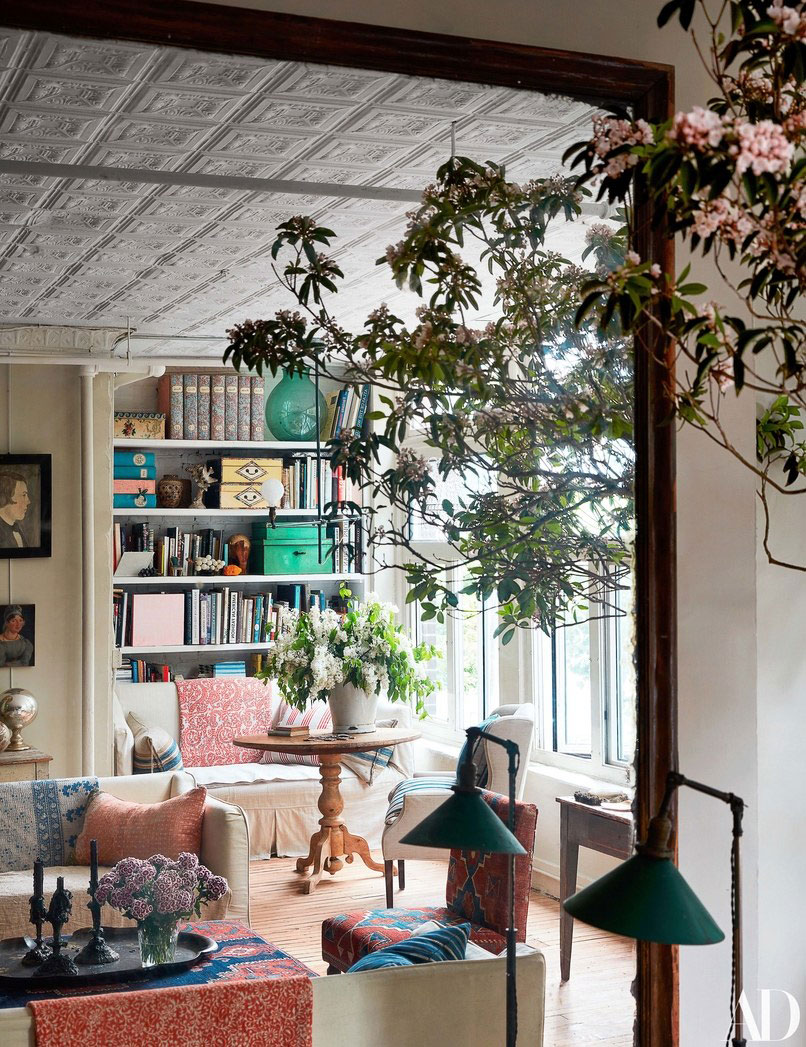 A corner of the living room, as seen in the reflection of an antique mirror, is decorated with an 18th-century sofa, a c. 1800 Swedish side table, and an early–20th century pendant from Derian’s shop. 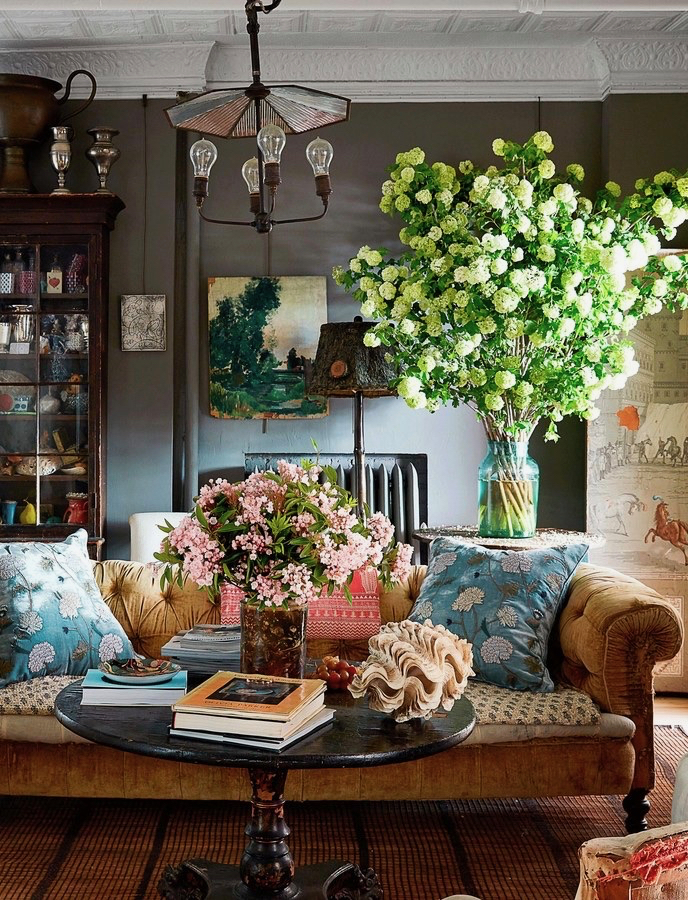 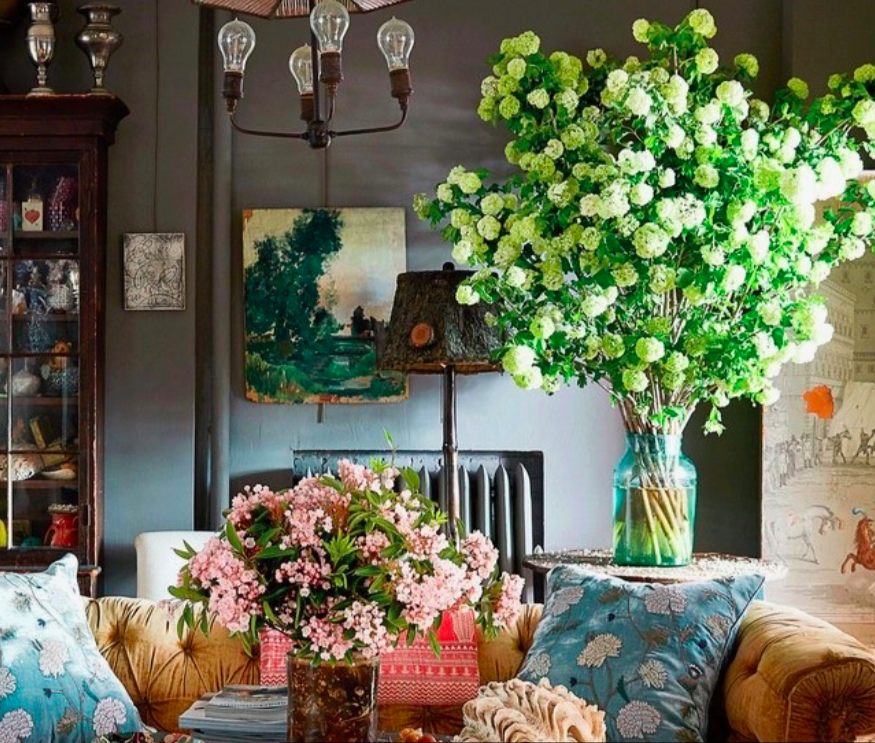