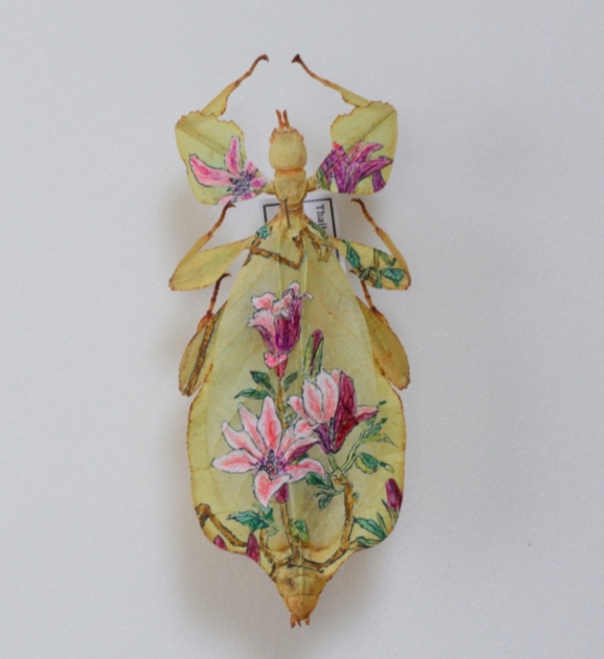 Akihiro Higuchi’s art is all about giving rather than taking – especially when it comes to the animals that inhabit the artist’s oeuvre.

While others skin them and tan their pelts to make clothing that provides warmth, Higuchi is turning things upside down. 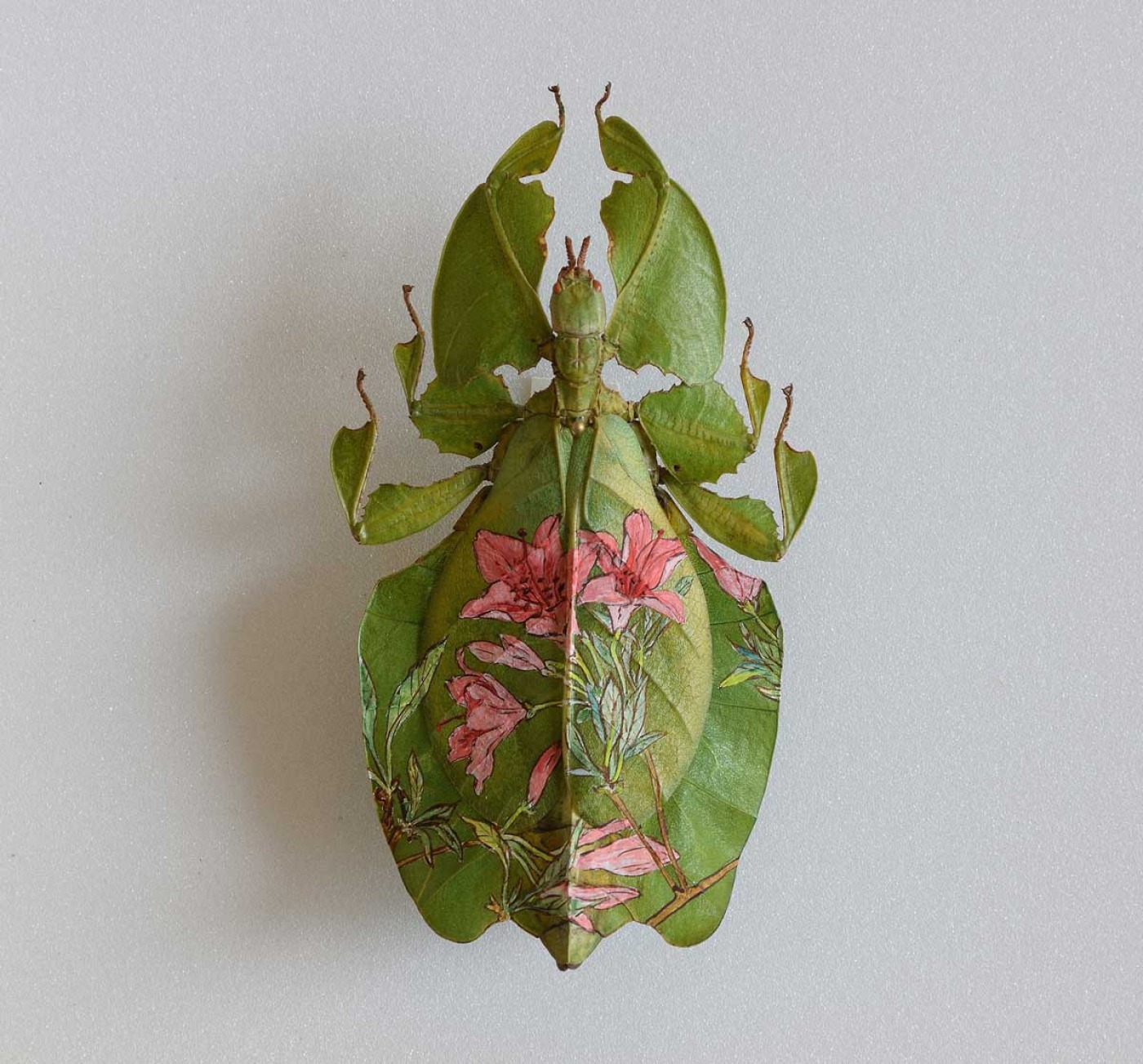 The artist dresses his animals: some are given a pair of earmuffs, others, like giraffes and snakes, receive custom-made collars or overalls made from wool, while bears, beavers and monkeys are outfitted with colorful sweaters.

Does this mean that Higuchi is a fashion designer for animals?

At first glance, one could think so.

However, there is one slight problem with this kind of notion.

Higuchi’s models are not real animals. 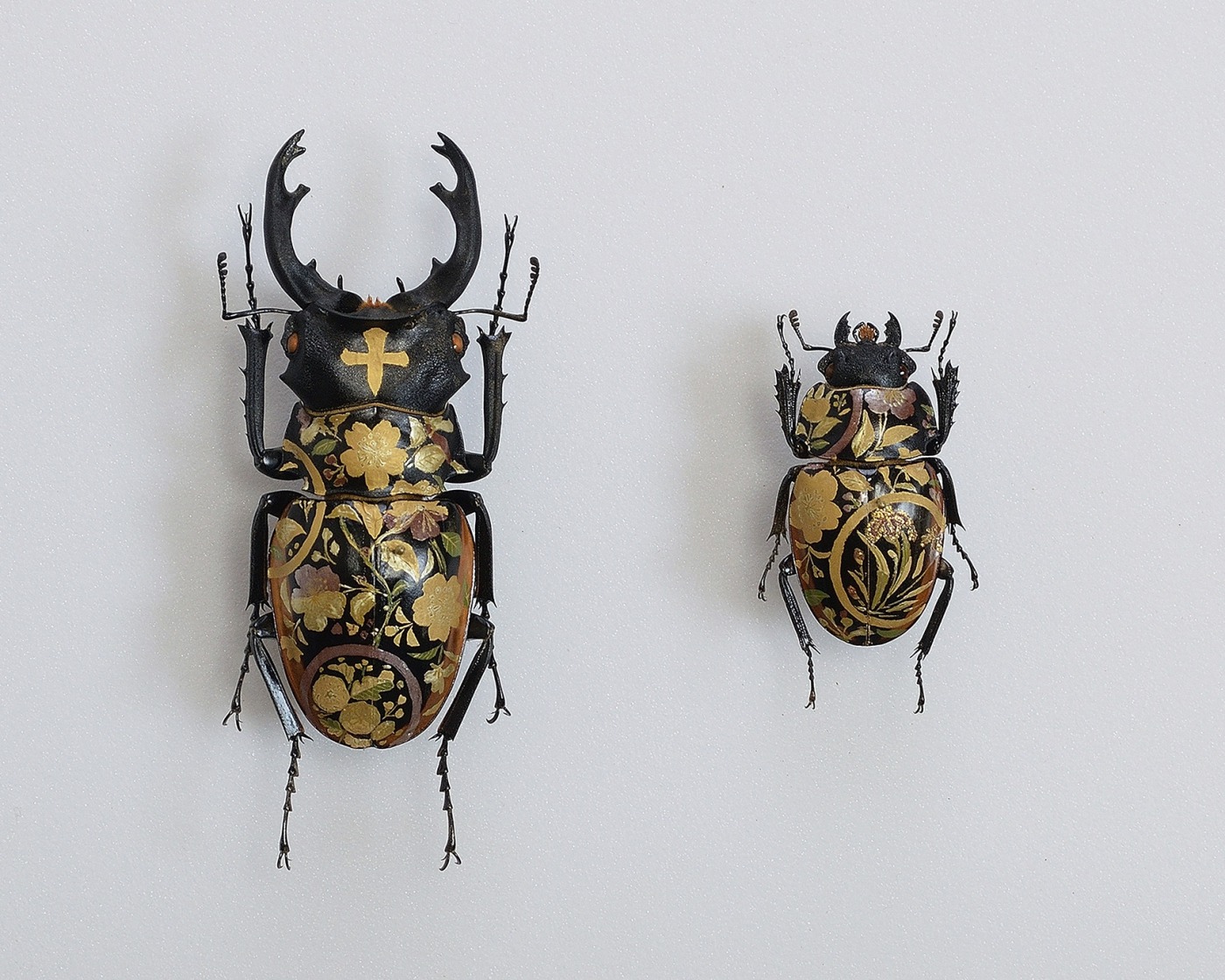 Instead, they are animal-shaped molds made from urethane foam (a material commonly used in modern taxidermy).

Therefore, strictly speaking, Higuchi’s art is not simply about animals but rather about human behavior.

His sculptures illustrate excessive love of animals, the inclination to humanize them and the guilty conscience when using animals as food, for clothing or other purposes. 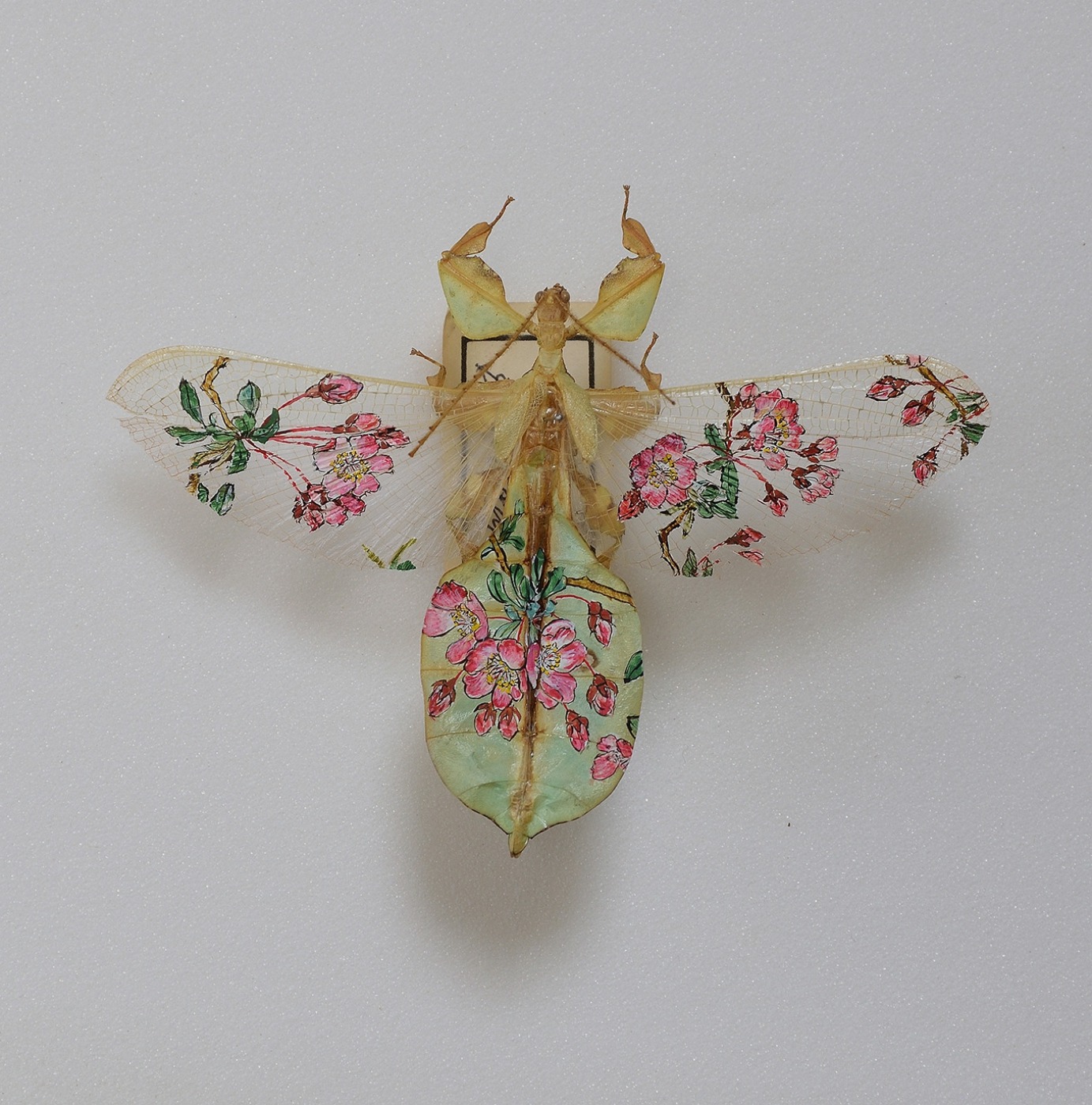 Parallels to the Japanese pictorial tradition of mitate, in which historical events and individuals (fictional and non-fictional) are juxtaposed into the same image to humorous effect, are also present in Higuchi’s art.

His stag beetles are a good example of this reference to tradition. 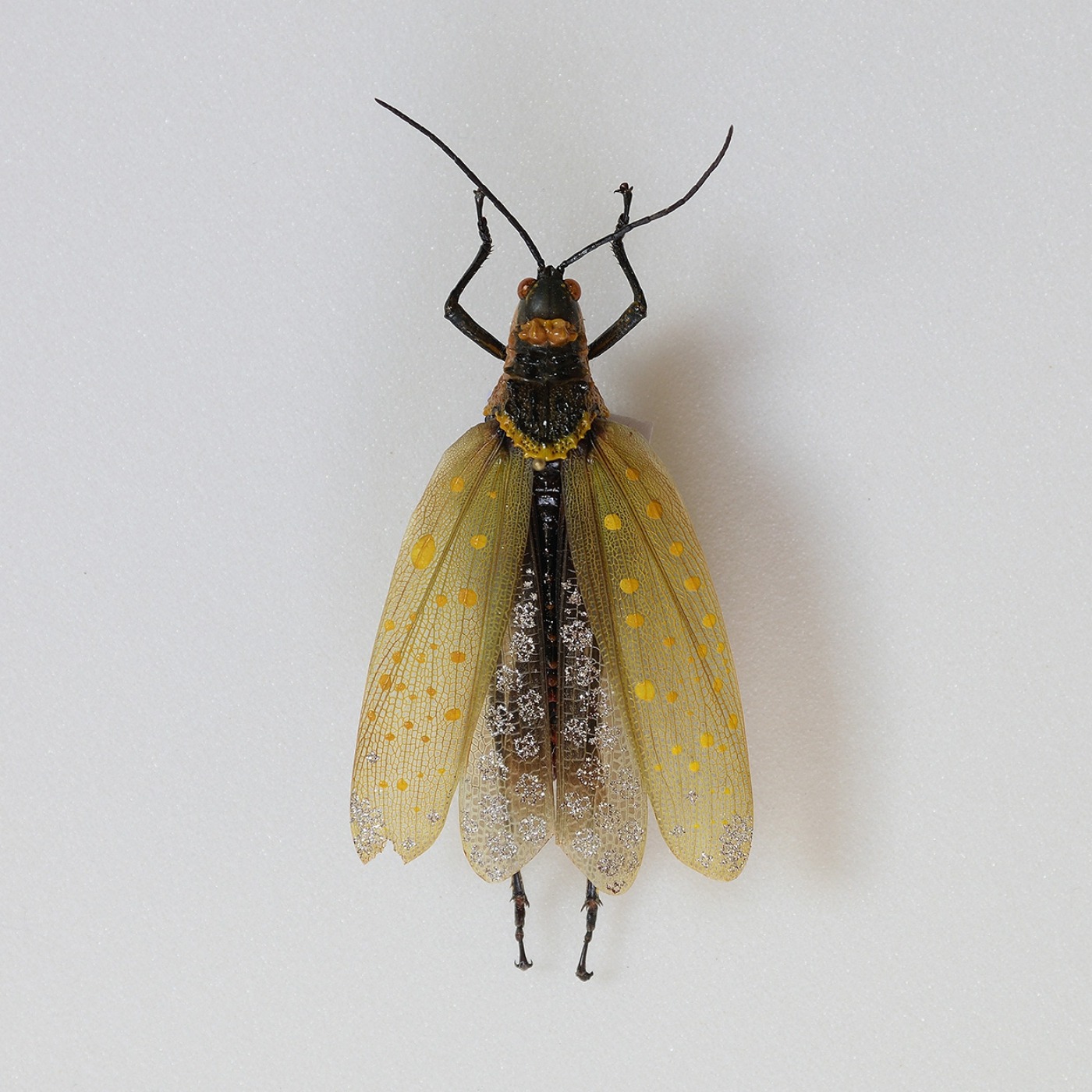 Higuchi paints their shells with coats of arms and emblems that resemble those of old Samurai clans.

As a result, the insect’s body gains an uncanny resemblance to the distinct armors worn by the warriors back in the day. 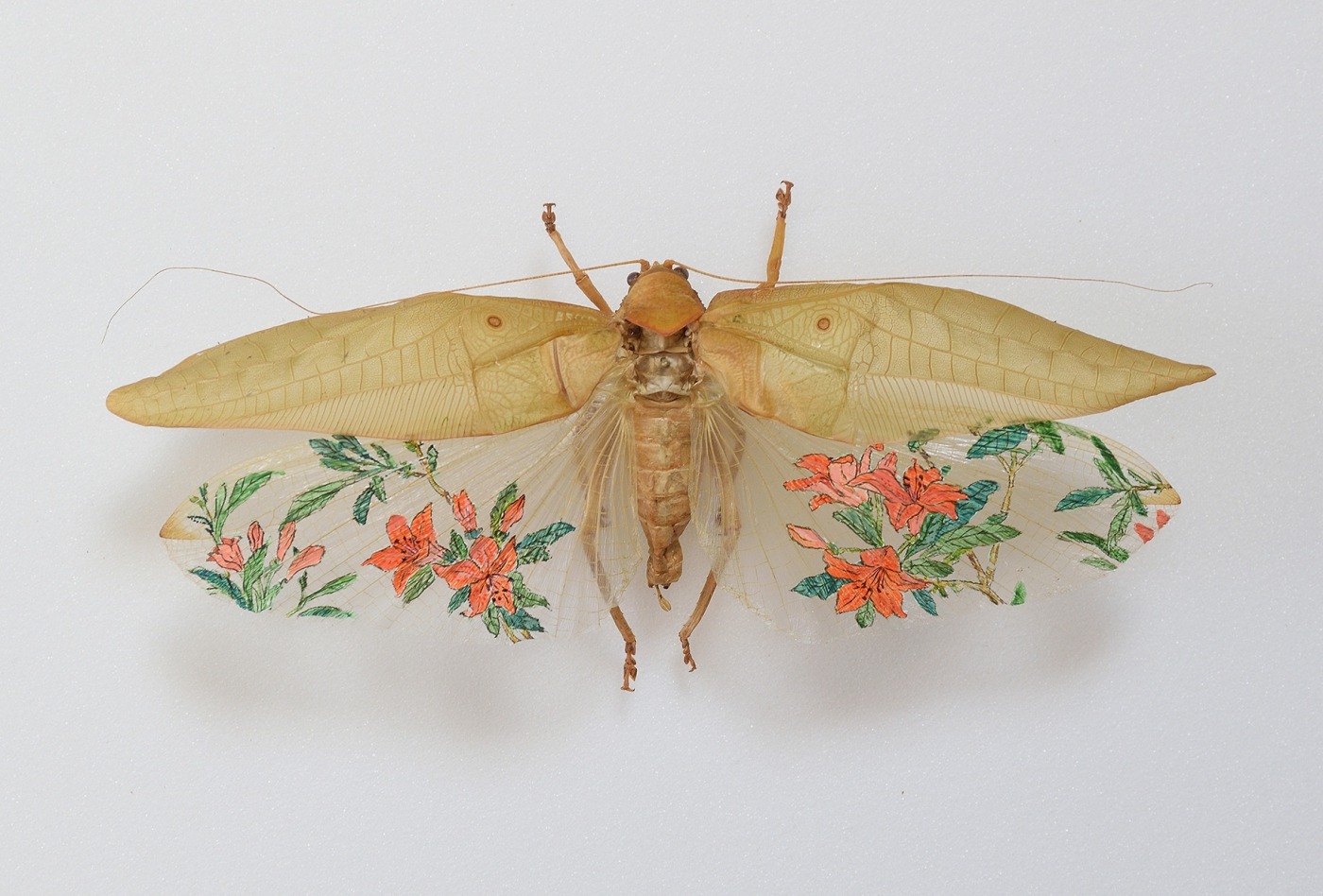 Nature serves as a canvas for Higuchi.

Moths are beautified by the stroke of his fine brush, sometimes with classic imagery of delicate flowers, at other times with the image of a lascivious looking pinup girl. 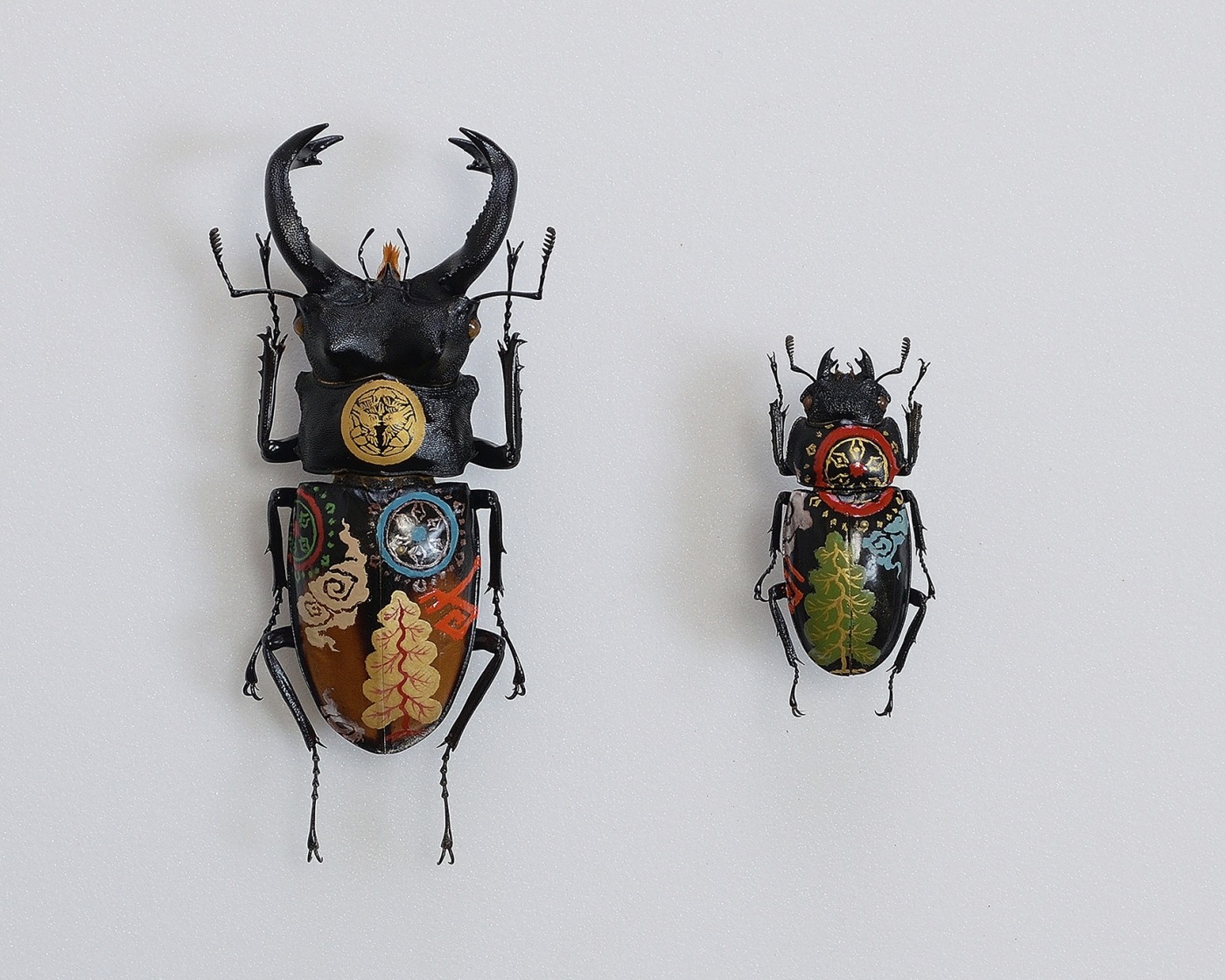 The otherwise unremarkable insects are given the lavish look of an exotic butterfly and in doing so, the artist reminds us humans of our self-serving exploitation of animals, either as source of food or trophy. 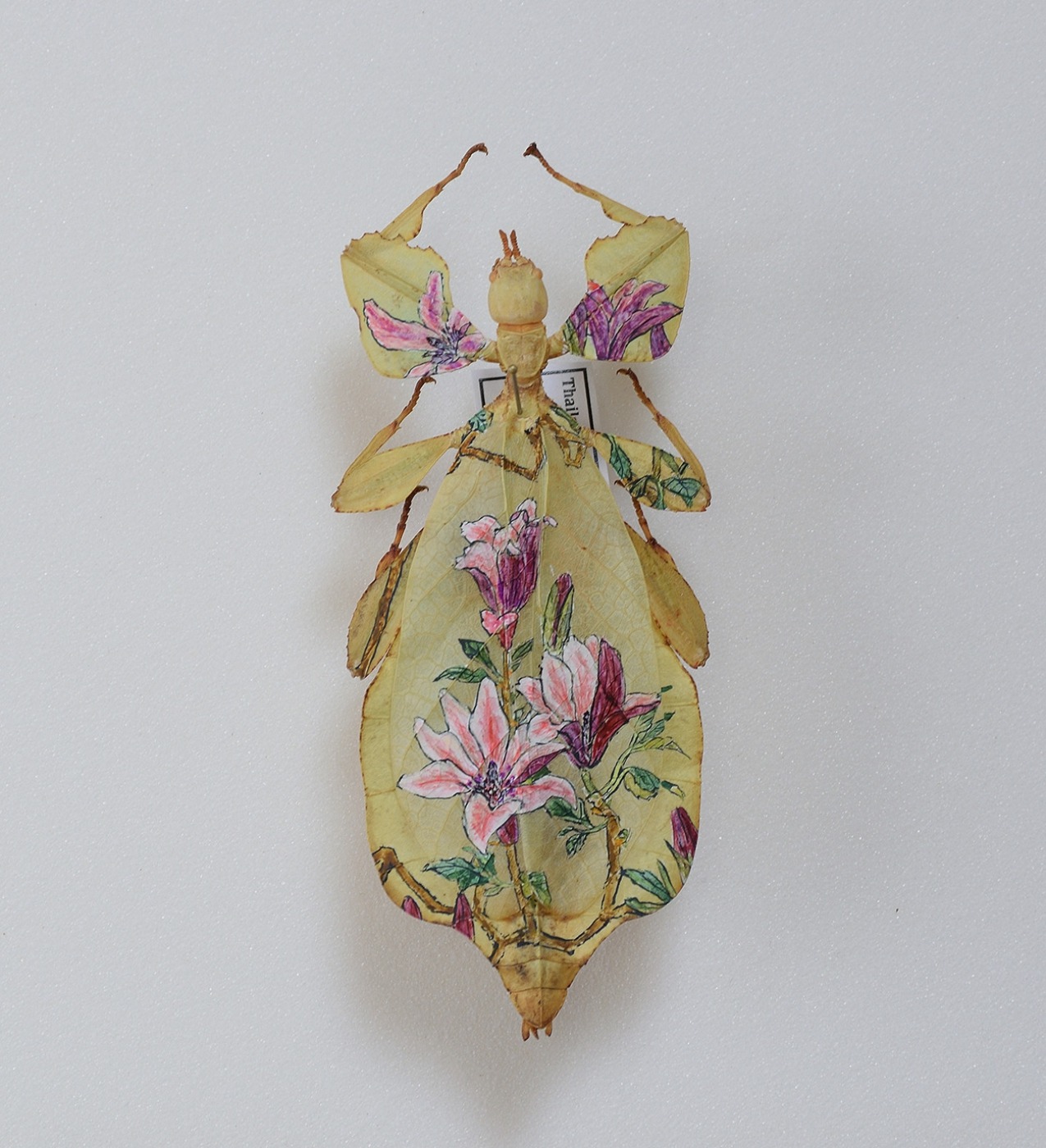 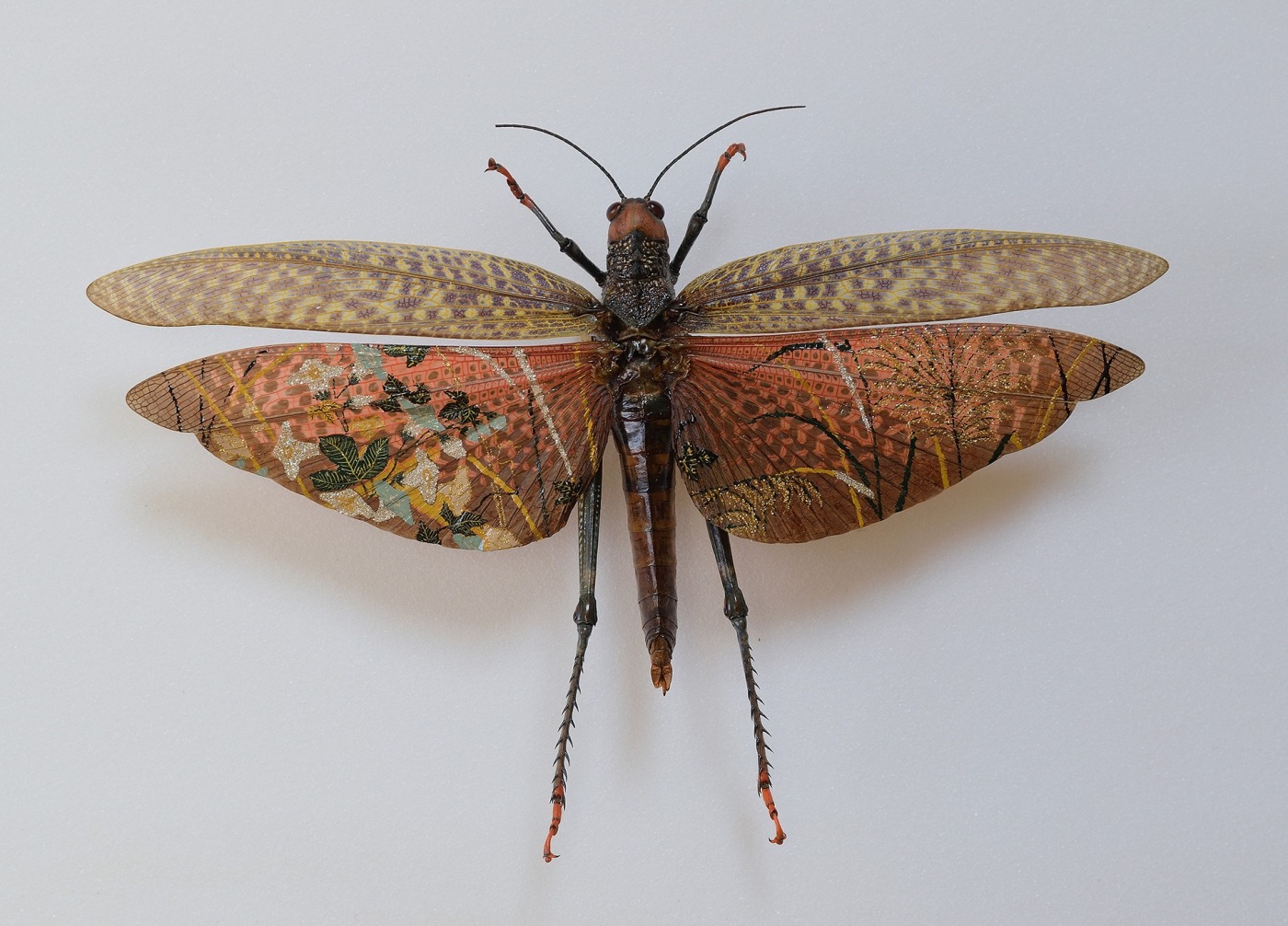 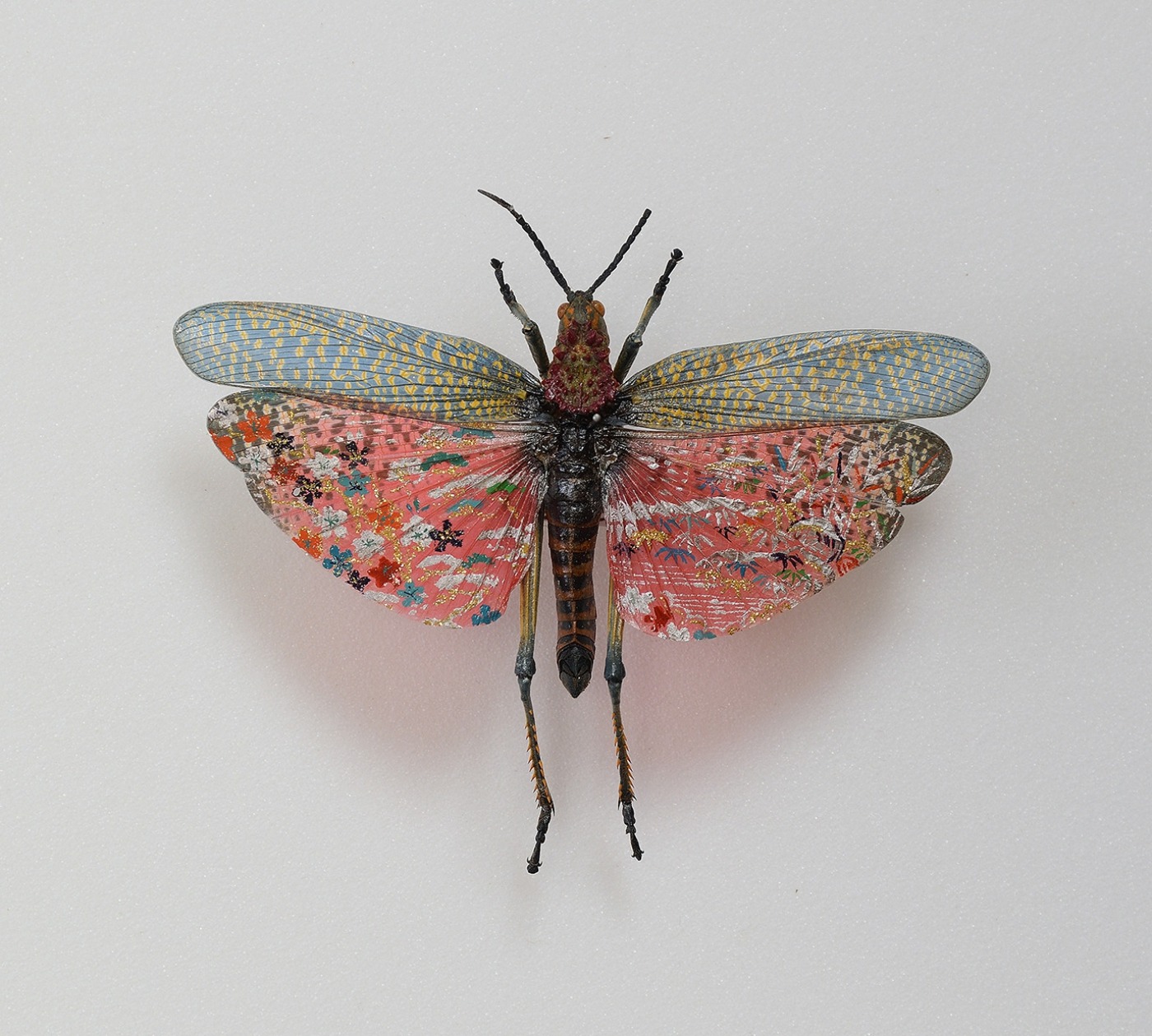